Barry Hilton - Occasionally, my travels allow me to visit exciting places which are very appealing from a hobby perspective. I combined a recent business trip to Stockholm with some time off and managed to squeeze in some fairly heavyweight hobby action which I thought blog followers may find quite interesting.

Part 1 focuses on a visit to the Royal Armouries attached to the Palace which were a mere 100 yards from my hotel in Gamla Stan in the oldest part of Stockholm. Soren Christiansen (of this parish!) had thoroughly recommended my visit to the Armouries because I was going to see the actual war gear of two of Sweden's most famous monarchs - Gustav Adolph and Karl XII. I needed no further encouragement!

As a general comment, Stockholm is one of Europe's most beautiful cities without a doubt. I have had the privilege of seeing very many of these over the years and to my mind it ranks in the top 5 perhaps even top 3. It is full of history and the Swedes 'do' history rather well! The museums are very visitor friendly, modern in amenities and stylish. They are full of helpful and imaginative exhibits and  extremely tastefully lit and atmospheric.

So without further ado... The Swedish Royal Armouries and some interesting things for you to look at.

I felt I was really close to history in this first room containing the clothes of Gustav Adolph at Lutzen. His buff coat can be seen above.

According to the information accompanying the exhibits Gustav Adolph was personally leading the Smalands cavalry against the Imperialists. He received a bullet to his left elbow which caused him to lose control of his horse which bolted straight into the enemy ranks. He was shot again in the chest and for a third time in the temple. He went down and was lost. His body was not found till long after the battle at which time it had been stripped of everything except three linen shirts. His sword was apparently found near the body. His mount has galloped back to the Swedish lines. The only bit of the story I couldn't put together was that if he was found stripped of all valuables except the shirts.. where did they get the buff coat with the bullet hole? No matter, I loved it!

His Horse Streiff (apparently named after its first owner Mr Streiff) was bought by the king for 1,000 Thalers. It died of its wounds shortly after the battle and was stuffed. And here it is:

This fragment of a cavalry standard is also on display beside the king's clothes.

Next to the Gustav Adolph display are the clothes of King Karl XII. The exhibition seemed to be saying that these were actually the clothes he was wearing when he was shot. By the Swedes or by the enemy is not clear but my Swedish friends told me that on the day he was killed in Norway, many hundreds of miles away in Sweden his brother in law produced a plan for the future of the kingdom... sounds like somewhat of a coincidence!

The King's hat is an interesting shade of grey brown, perhaps faded with the years?

A couple of bonus shots from the many more I took. One shows some royal armour and the other a coach from the 18th century. 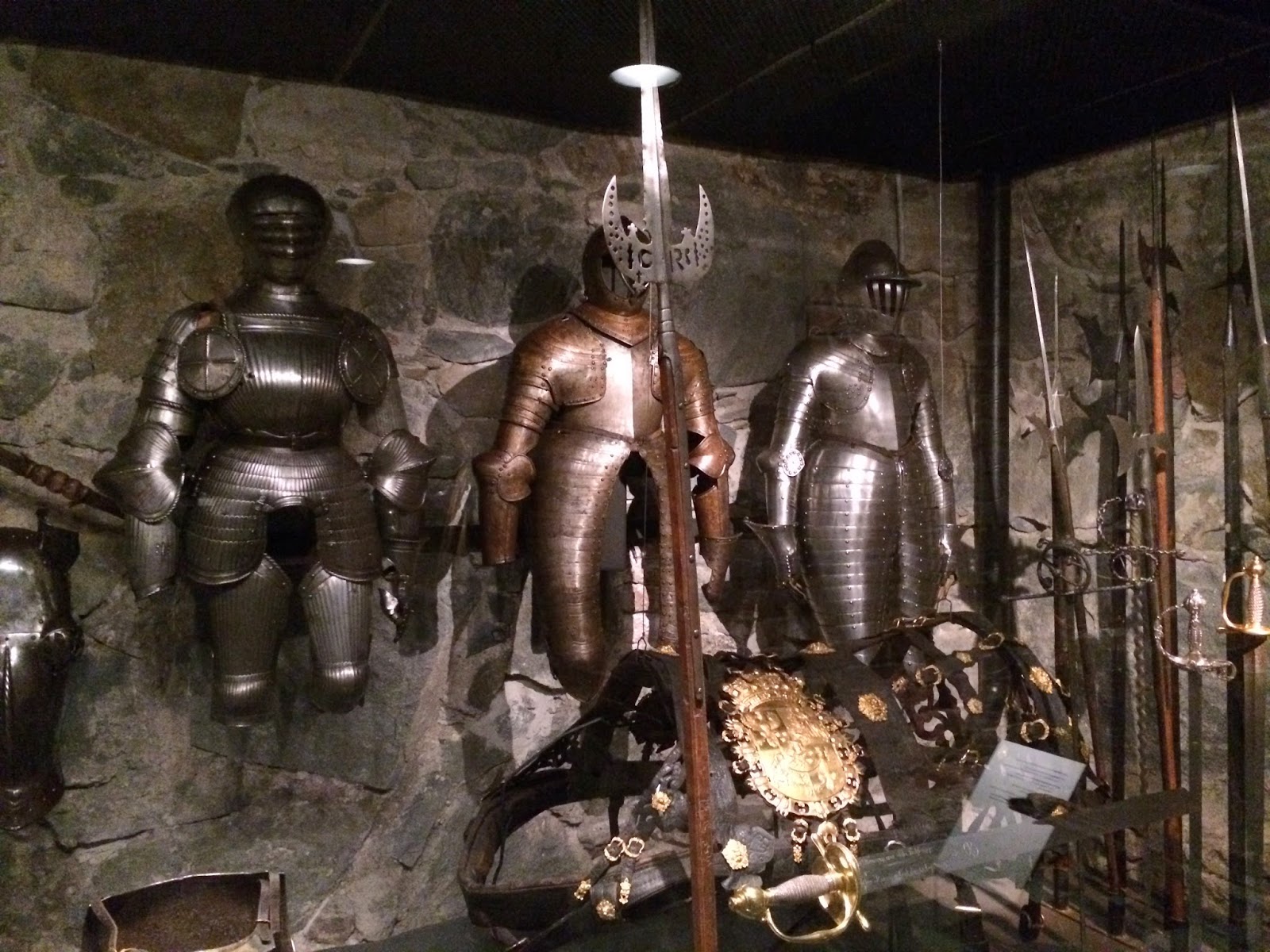 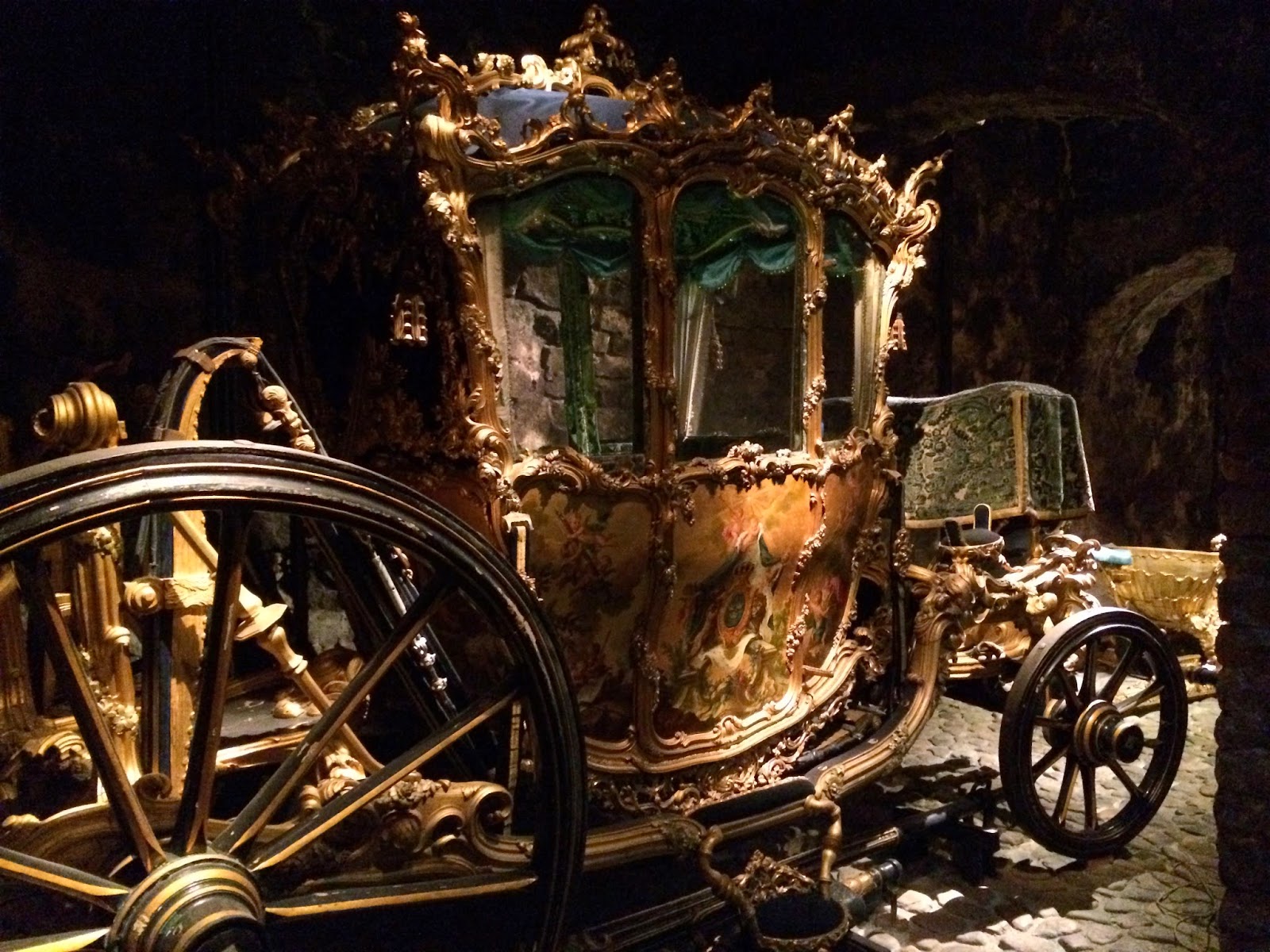