by Barry Hilton August 15, 2014
I could almost believe the curator team at the Army Museum are wargamers. Why? because they have created exhibits which inspire and inform we detail obsessed gamers who lap up every little piece of information about our chosen armies.
The tactical display boards provided to describe Hunnic and Turkic warfare are magnificent. These are supported by extremely informative paintings not just of battle scenes but of the army on the move, in camp and training.
This post spreads itself around a bit with shots from the Fall of the Roman Empire period through wars against other Muslim nations and against Christendom.
There have been some comments regarding the accuracy of some of the dress portrayed particularly in relation to the Byzantines and other western fighting men. Quite interesting juxtapose of the normal criticism levelled at western art by the cultures inaccurately portrayed in our military representations. I do not pretend to be an expert so will not express an opinion either way other than to say that everything I saw in this museum was extremely impressive.
The next shots are from the Ain Jalut panorama. I will leave you all with this and th.en we can debate the accuracy of these wonderfully vivid pieces of military art. 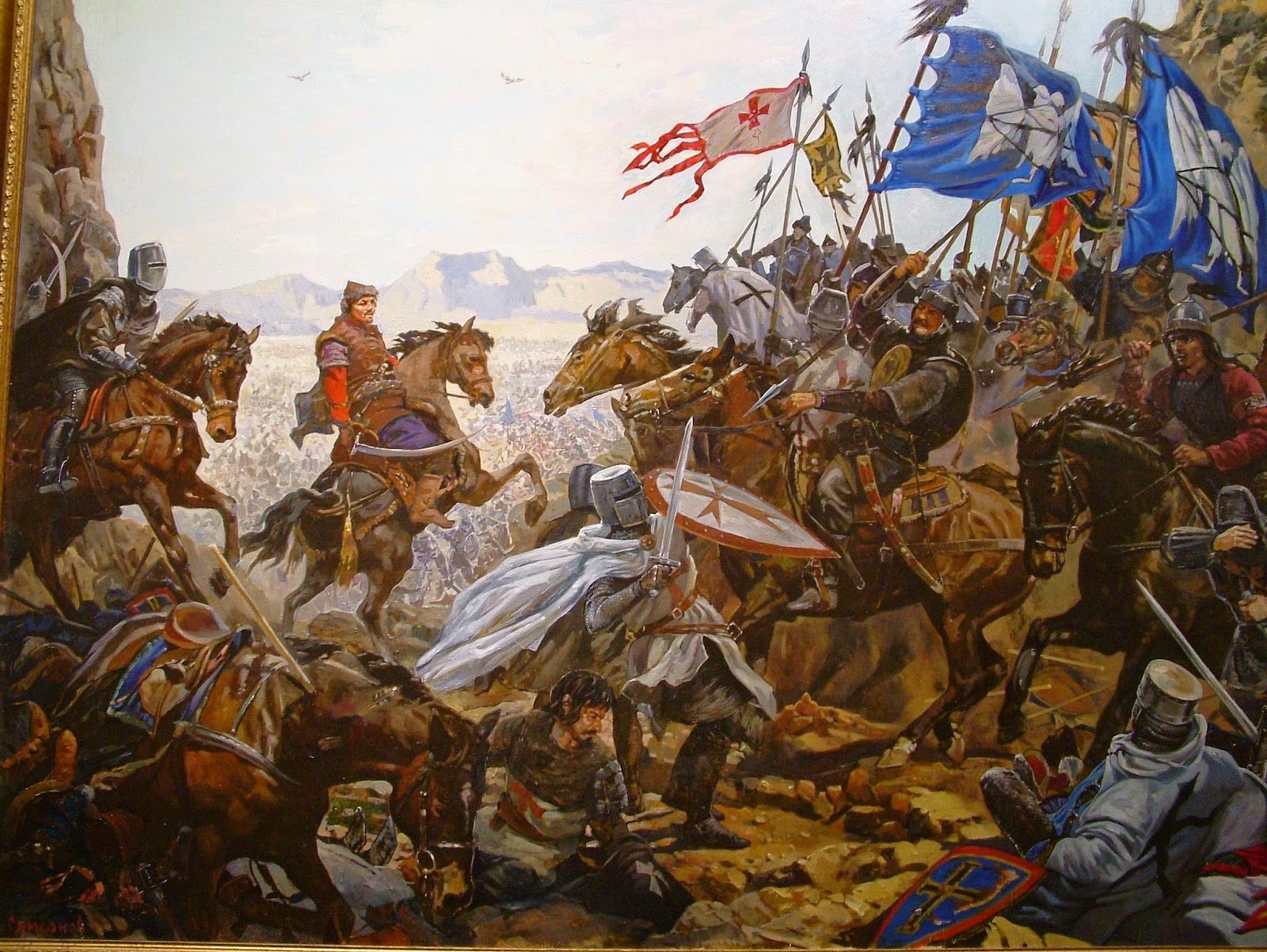 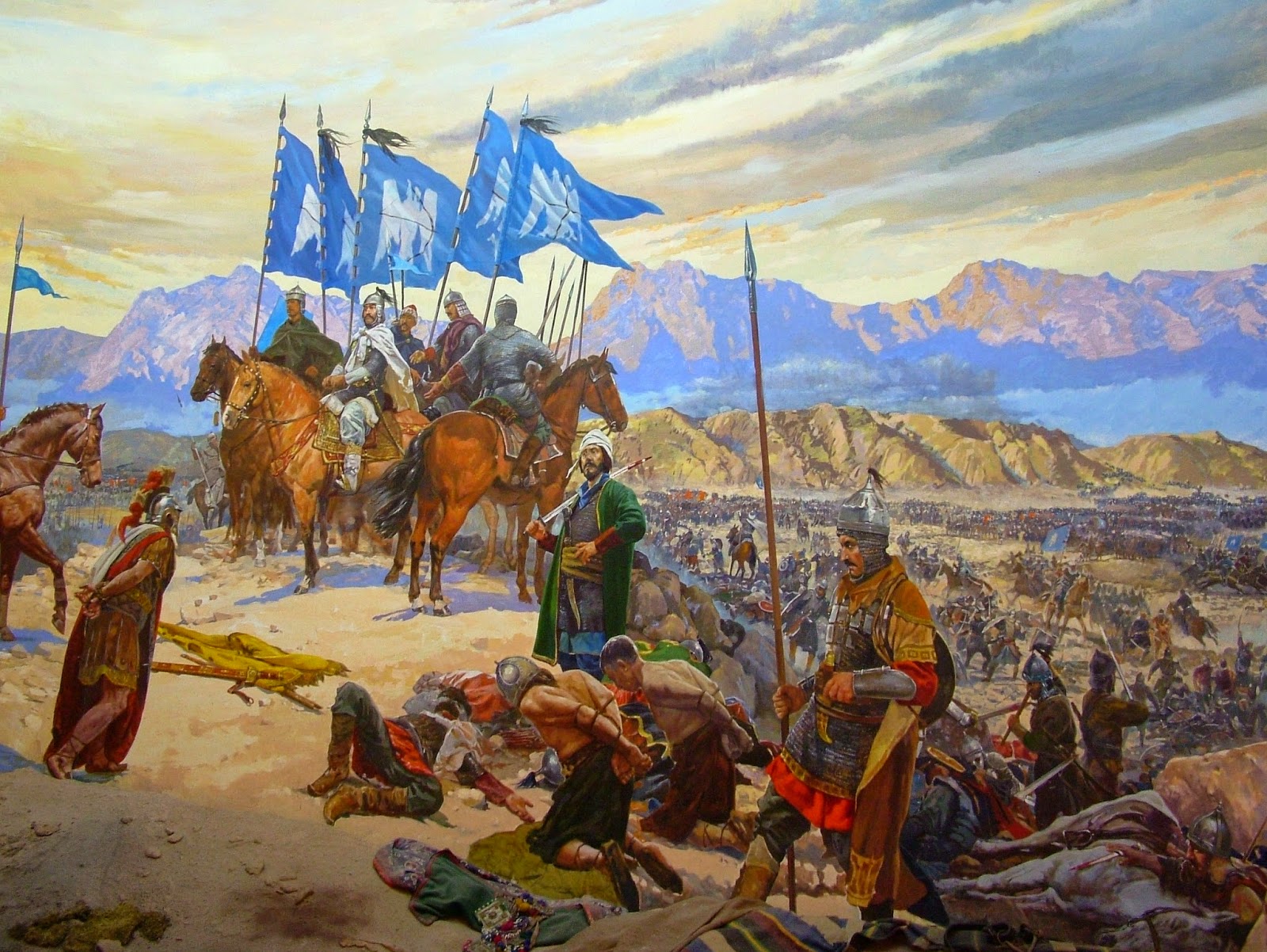 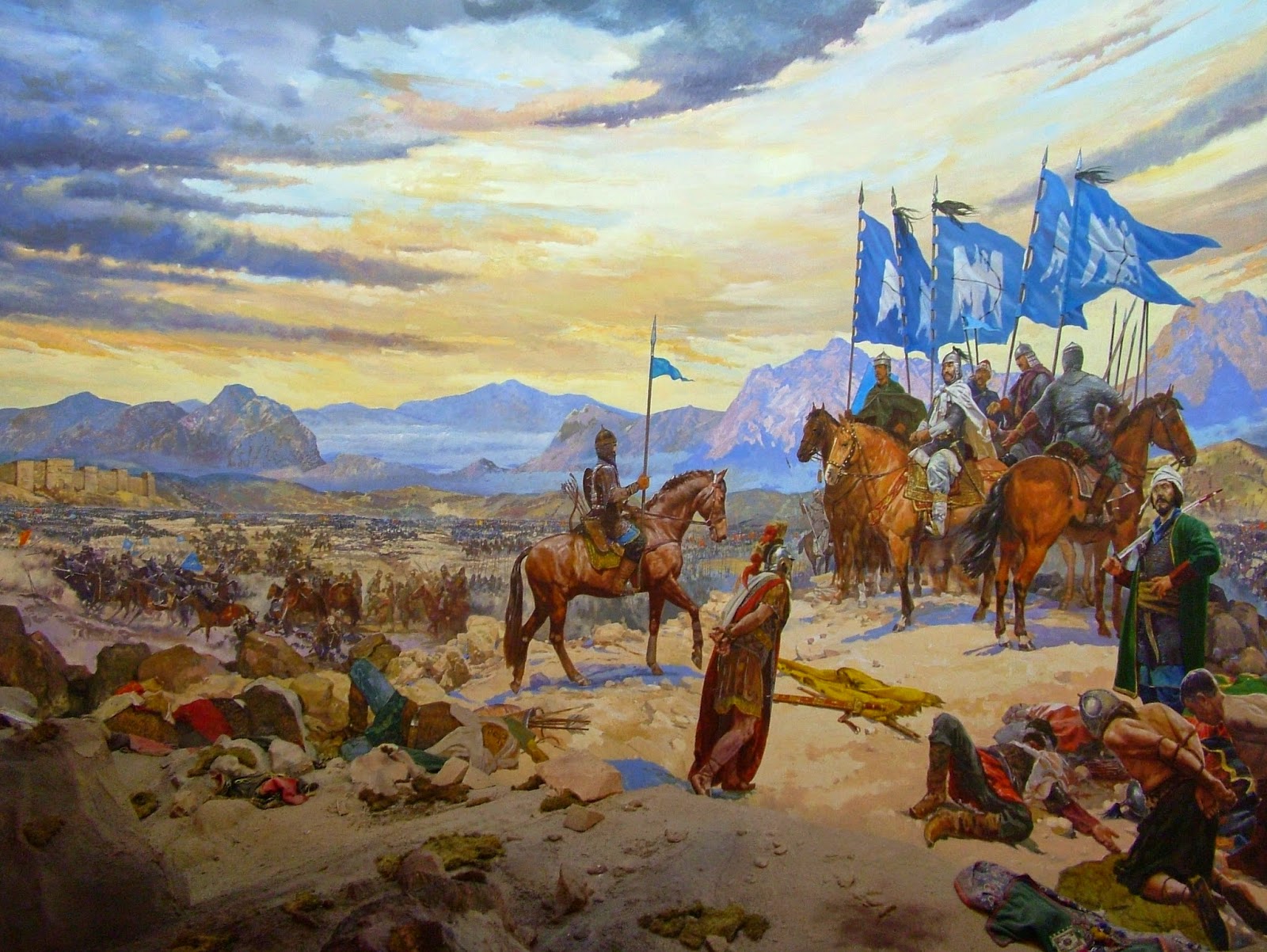 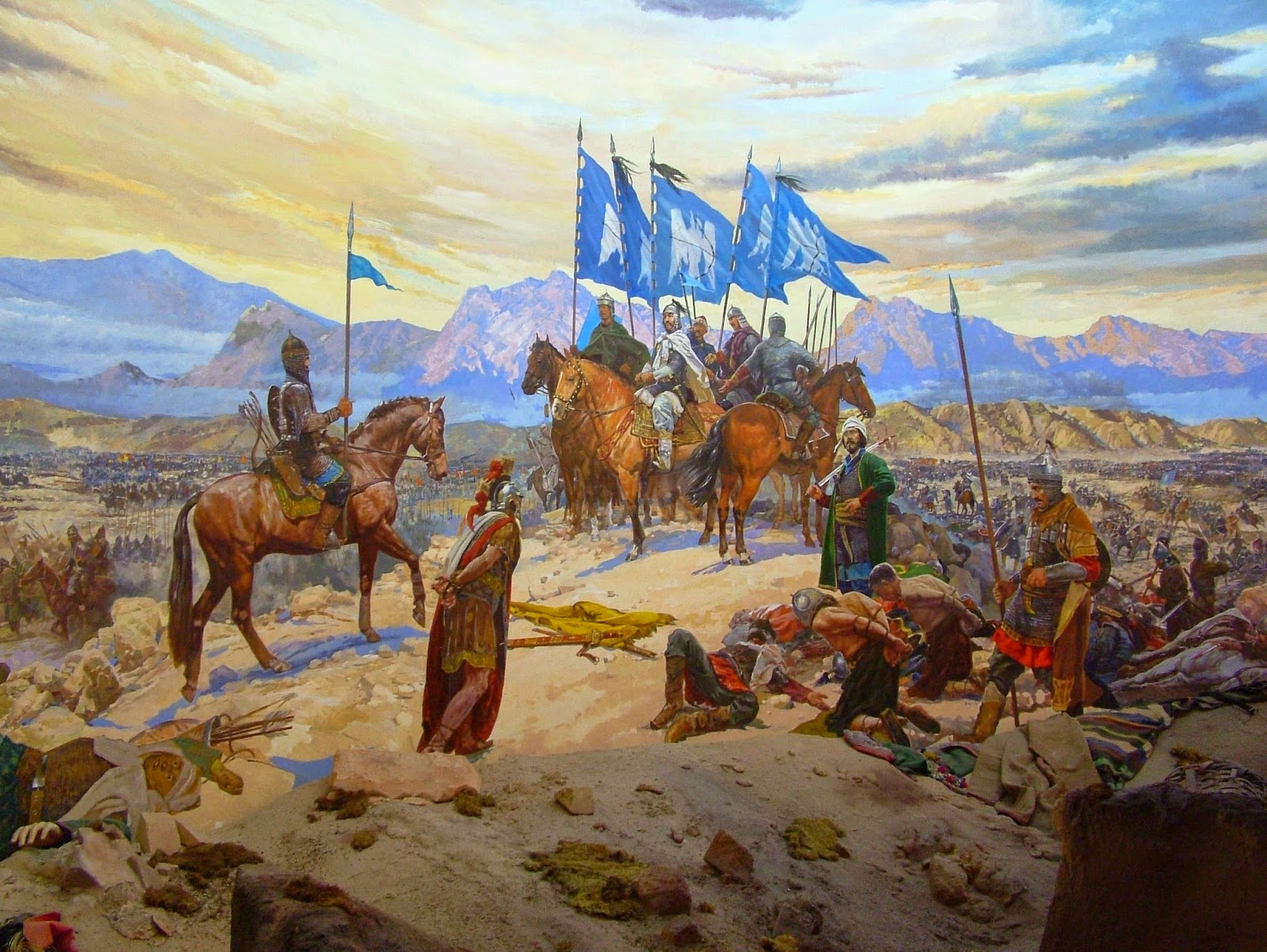 This final picture is interesting as I am not sure what period it references. In terms of the historical progression of illustrations it appeared after the Huns/Turks and in the same hall as Ain Jalut.


Next time.... THE WALLS OF BYZANTIUM.. drop by and see for yourself.