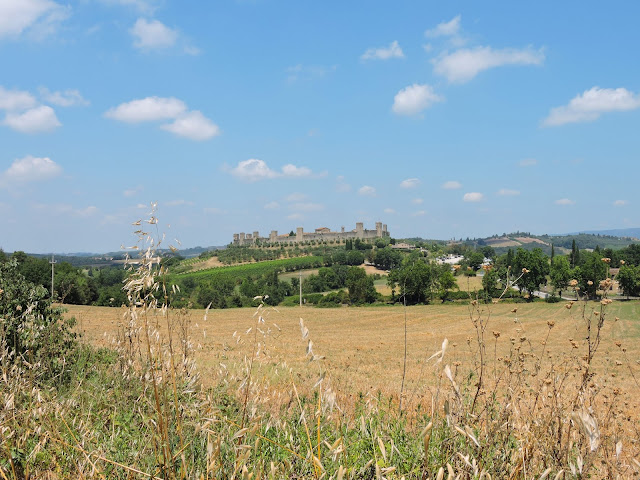 This was a wee bit of a find. 1.5 Euro entry fee, a laminated six page guide in English - up a back stair inside a restaurant in the 'Assassin's Creed' castle of Monteriggioni - but, I loved it! 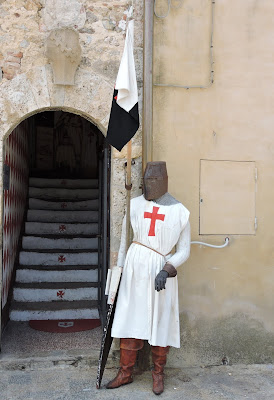 A series of vignettes from the 1st Crusade and Capture of Jerusalem to the Teutonic knights, Landsknechts and the dreaded Swiss coming to town in Siena - it was all good stuff. 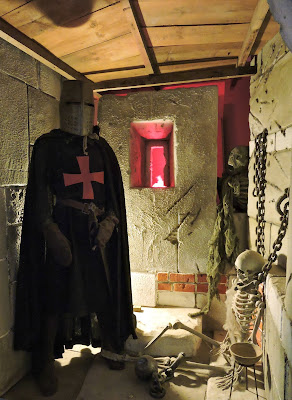 I definitely got a hint of anti-Islam in the writing in the guide which emphasized Saracen atrocities but seemed to conveniently ignore any shenanigans perpetrated by the knights of Christ but I've seen the reverse kind of historo-agitprop in Istanbul so, all's fair. 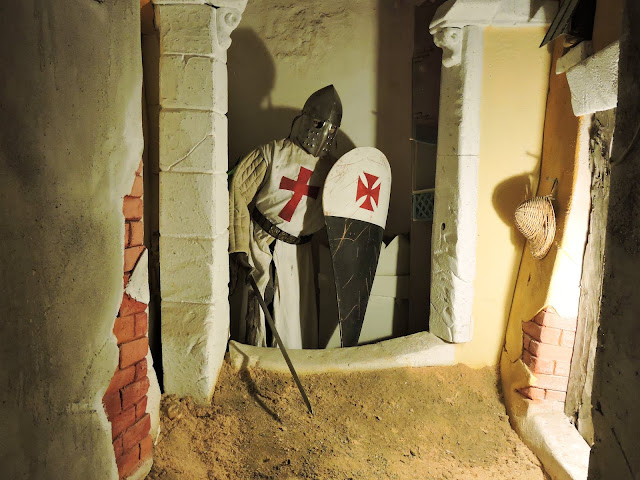 The mannequins and vignettes of the crusaders ranged from 1291 till the 15th century. There was even a full sized horse in livery! I had fun trying on the coif but in temperatures of circa 35 degrees I passed on the full chain mail vest. 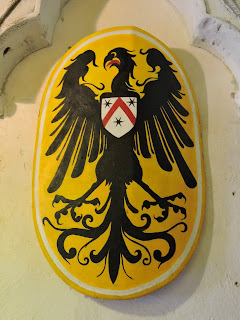 I thought, for a tiny museum in a historically significant but not particularly accessible location it was a little gem. 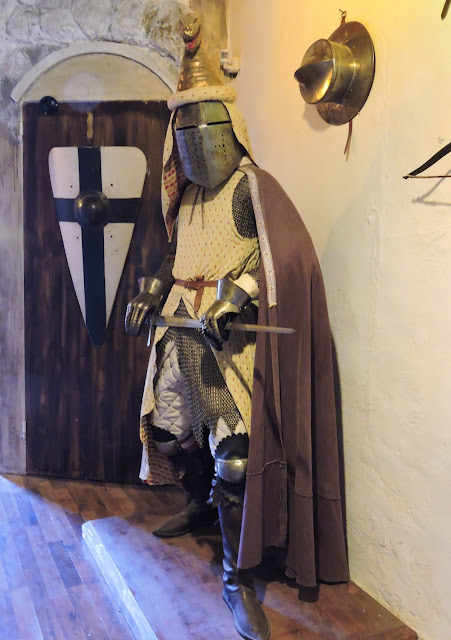 Bearing in mind that across the piazza of this 13th century castle was the 'Armour Museum' dealing with Italian medieval warfare from 1200 till circa 1550. Monteriggioni was a major find for wargamers.


Although this is not my period I do have an interest in it and being so close to the gear tempted me. 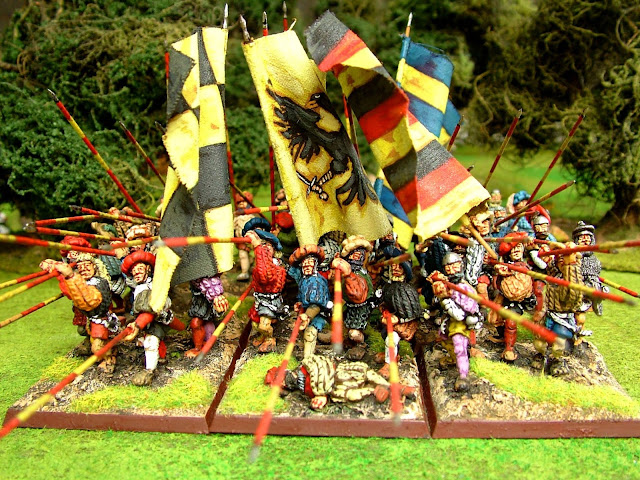 I was pressed ganged into painting Landsknechts about 20 years ago and and still recovering from that but.... this Italian City States malarkey is striking a chord and, since Mrs H is hinting heavily about property in Tuscany.... you never know!
Share Share on Facebook Tweet Tweet on Twitter Pin it Pin on Pinterest
Back to The League of Augsburg