The Abbey of Vaca Sagrada - Part One

by Clarence Harrison November 04, 2013
Clarence Harrison - Whether building small dioramas or sweeping wargames tables, well modeled terrain enhances the presentation of your collection. Believe it or not, building and painting terrain is actually easier than painting the models with all of their fiddly little crossbelts and piped cuffs! The purpose of this article is to document some of the tools, materials, and techniques I used to build a 28mm scale abbey to serve as an objective for a Napoleonic skirmish game. Although I originally envisioned using it for Spain circa 1811, this style of building would fit in almost anywhere in the  Mediterranean from the days of the Romans to World War II - for the LoA period it is perfect for Tangiers!

The first thing to do (after deciding what you want to build of course) is to gather some reference material for your subject. Building a vignette of troops at the Battle of the Bulge? Besides the all important uniform references you need to paint the figures, you can collect some photos from the actual battle along with a few winter forest scenes. Another great source on inspiration is the work of other modelers and having a few books and articles on the subject (I’ll give some suggestions later) will not only help you with the techniques of modeling, but serve as a great example of what can be accomplished in miniature! 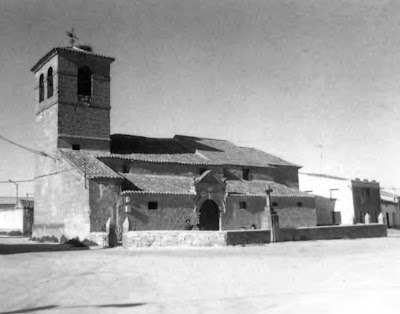 In this case, I found a photo of a church at the Spanish village of Morisco that played an important part in the early stages of the battle of Salamanca in 1812 (from the Osprey book Salamancaby Ian Heath). It was not my intention to build a replica of the building, but I used the inspiration of a tall tower on one corner, the split level roof, and the low-walled courtyard as the basis for my project. Since the building was meant to be a centerpiece for a tabletop wargame, I decided to place it at the summit of a steep hill to make a terrific strong point to anchor a defensive stand. With all of this in mind, I set out to do some sketches using my photo as a reference point. It is not necessary to produce your own drawings, but even if you feel you have no talent for such things, you will be amazed at how even a rough attempt can serve you in visualizing your finished piece. 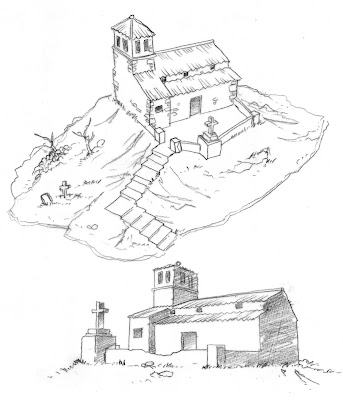 The next important step is making a plan. In this grand age of technology, I use a computer graphics program (CorelDraw) to get precise angles and measurements, but graph paper can be employed just as admirably. The size of your building is obviously dependent on the scale of your project, but for wargaming, I tend to focus on the getting the scale height correct and allow as small a ”footprint” as possible. A realistically scaled floor plan tends take up too much room on the game table and takes valuable maneuver and deployment space away from troops. A cottage may be represented by a building that is only three to four inches per side for 28mm figures. The abbey measures in around eight inches wide and five inches at it’s deepest. It is helpful to have a figure on hand to compare to your scale drawing, to make sure the doors and windows look right. 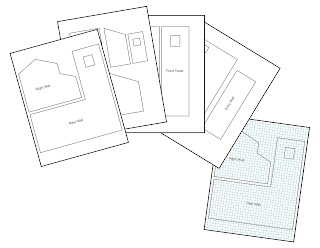 Next week we'll look at starting construction of the abbey...

This article was originally published in Battlegames Magazine, but many of the photos were quite small and some were left out due to constraints of the format. Here we have unlimited room to ramble so I thought it would be a useful addition to the blog as I often get questions on terrain building. This series will focus on a Mediterranean style building, but the techniques could easily be applied to any type of construction.
Share Share on Facebook Tweet Tweet on Twitter Pin it Pin on Pinterest
Back to The League of Augsburg