by Barry Hilton January 22, 2014
Worse than the Premiership
The story of the Redcoat is as much about the men who led the troops as the battles they fought and so an illuminating place to dig is into the personalities leading the russet coated masses.  Forget dying for the colours. Even a cursory look at the careers of prominent military figures of the period tells a tale which is often hard to follow in its twists and turns. Although some of these men were motivated by cause and conscience it is clear that power and wealth played a large part in the transfer market. This type of behaviour was not restricted to British officers but a swift tour through a few resumes begins to unpick some of the misconceptions associated with modern views of the times.
James Scott (1st Duke of Monmouth) Born 1649, executed 1685.
Monmouth served first in the Royal Navy and then the army from 1665-72. He transferred to French service fighting against the Dutch where he commanded 6,000 British troops. In 1673 he distinguished himself at the siege of Maastricht. By 1678 he was leading a British brigade fighting for the Dutch against the French. His bravery was noted at The Battle of St Denis. He led his father’s troops at Bothwell Brig in 1679. In 1685 he landed in England as Protestant claimant to the throne directly challenging his uncle, James II. He was defeated at Sedgemoor and subsequently executed. He was dead at 36, hero to some, traitor to others.
John Graham (1st Viscount Dundee aka Bonnie Dundee and Bluddy Clavers) Born 1649, died 1689.
He served as a junior officer in Lockhart’s Regiment of Scots in the pay of France and under the direct command of Monmouth during 1672. At this point he was fighting against the Dutch. By 1674 he was a cornet in William of Orange’s Lifeguard fighting against the French. He distinguished himself at Senneffe where he reputedly saved the life of William. He returned to Scotland in 1676. He was sent by Charles II on military duties into the Covenanter heartlands of the south west. In 1679 his outnumbered dragoons were beaten at Drumclog. He fought them again in the same year at Bothwell Brig this time on the winning side. By 1686 he was a major general. In 1688 he was second in command of the Scots Army which marched south in aid of the King’s cause. He fell in his moment of victory leading Highlanders against Mackay’s Williamites at Killiecrankie in 1689. He was dead at 40, immortalized in both deed and song. A Protestant Jacobite hero.

Hugh Mackay (Lieutenant General) Born 1640, died 1692 at Steenkirke.
In 1660 he joined Douglas’s Regiment (Royal Scots) then in the service of France. By 1669 he was in Venetian pay and active in the Mediterranean theatre. By 1672 he has returned to Douglas’s Regiment and fought under Turenne in Flanders. After marrying a Dutch woman he changed sides and commanded a Scots Regiment in the army of the United Provinces fighting against the French. By 1685 he was a major general commanding the entire Scots-Dutch brigade. 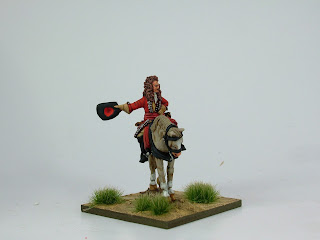 During the Monmouth Rebellion William of Orange ‘lent’ the brigade to his father in law James II under Mackay’s command although it did not see much action. In 1688 when William invaded England, Mackay’s men were in the Dutch vanguard.  As commander in Chief of Williamite forces in Scotland he was soundly beaten at Killiecrankie by Dundee despite a 2:1 numerical advantage. He subsequently redeemed himself by subduing the Highlands during 1691. He was instrumental in the Williamite victory at Aughrim in 1691. He was killed valiantly leading his brigade at the disastrous Battle of Steenkirke in 1692. He was dead at 52 having lived the epitome of a 17thcentury soldier’s career and held by most to be man of high principles.

Patrick Sarsfield (1st Earl of Lucan) Born 1660, died 1693
He served as part of the English brigade in the service of France during the reign of Charles II. He was a junior officer in the Royal Army at Sedgemoor. Promoted to colonel shortly after, he was fiercely loyal to James II. In the early stages of the Dutch invasion of 1688, his men skirmished with Scots soldiers in the William’s Dutch Army. He became a prominent Jacobite leader in Ireland. He was known to be fearless and distinguished himself at the Boyne, the siege of Limerick and Ballyneety after which he became an Irish national hero. He fought at Aughrim. After the fall of Ireland he went with the Wild Geese to France to continue the fight for the Stuart dynasty. He was mortally wounded at Neerwinden in 1693, dying a few days later. He was dead at 33, immortalized as an Irish romantic hero and all round man of action. 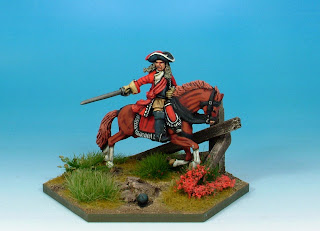 John Churchill (1st Duke of Marlborough) Born 1650, died 1722
His military career started with a commission in the 1st Foot Guards in 1667. He subsequently spent 3 years fighting the Moors in the English outpost of Tangier. In 1672 he was at sea with the navy distinguishing himself at the Battle of Solebay and receiving command of the Lord High Admiral’s Regiment. The Lord High Admiral was none other than his friend and patron James Stuart, Duke of York, later King James II. He transferred to English forces fighting for the French and further glory was gained saving the life of Monmouth at one of the frequent sieges of Maastricht. He remained serving Louis XIV despite some British defections to the Dutch. He fought under Turenne during 1674 -75. During the Monmouth Rebellion, Churchill commanded the Foot and although subordinate to Feversham, is credited by many as having won the battle. He defeated the man whose life he had saved 12 years and so indirectly condemned Monmouth to death. During the Glorious Revolution he deserted James II in a cloud of intrigue. He aligned himself with William but was never fully trusted by him. After service in a junior command role at Walcourt in 1689 and an independent command expedition in Ireland in 1691, he retired from military life for the rest of William and Mary’s reign and always suspected of being a closet Jacobite. Seen by all but his most blindsided devotees as a man of almost limitless ambition and questionable scruples, the rest as they say, is history.
Thomas Dalyell, General (Bluidy Tam the Muscovite  De’il) Born 1615, died 1685.
Dalyell first fought in France during Charles I’s expedition of 1628 to aid the Huguenots at La Rochelle. He fought in Ireland during the Civil War and at the Battle of Worcester as a Royalist officer. He escaped to serve the Czar of Russia and fought against the Turks, Tatars and Poles between 1651-1660 as he would have been imprisoned if in the British islands. He returned to Scotland after the Restoration and by 1666 was Army Commander in Chief of Scotland. He routed the Covenanters at Rullion Green in 1666 leading 3,000 men against an enemy one third that strength. He was supposed to command the Royal Army at Bothwell Brig but did not arrive until the battle was ended.