He seems to have given thought to persuasion, been reluctant to kill unnecessarily and a lot more cerebral than many of his more atavistic brethren. This 28mm game is on a 4 x 4 feet table and the action followed history to some extent although this extract from the AAR provides the actual finish of the refight illustrated here.

They  decided  discretion  was the better part of valour and set course to leave the scene and head for the open Atlantic. Blackbeard, who had kept his foes at bay, saw the writing on the wall and dove overboard to swim for the fast departing Adventure.

All eyes were on the surface but, he never appeared. Had he been lost or, would he once more return to menace the Carolinas? The refight of Ocracoke was exciting and unpredictable. The pirates were decisively  defeated. They abandoned their   shallop and lost between twenty-one and twenty- four of their twenty-nine crew.

The legendary pirate chief was missing presumed drowned. The sloop Adventure however, made her escape into the grey Atlantic. Lieutenant Robert Maynard  would have been well satisfied with his victory despite Jane being stranded on a sandbar for most of the battle. The fight eventually came to him. 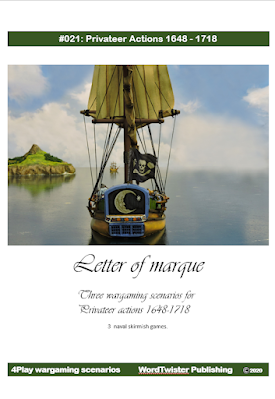 The badly damaged Ranger had been lost and recaptured. Around twenty-eight of his command had been killed or wounded but the valiant Midshipman Hyde had  been  rescued and  was  declared a naval hero!