The Cock of the North, Part Four

by Clarence Harrison March 15, 2018
Clarence Harrison - Well, that was fun! Running a game for players who have no experience with a rule set is always tricky. You can spend a lot of time bogged down in tedious explanations of mechanics and the minutia of the charts and discover that no one remembers it all anyway, or you can just dive in. I explained that the troops mostly use d6s or d8s to resolve their actions (a concept they WERE all familiar with from Donnybrook), told them how fast they could move in line and column, told them the range of their muskets (and that mounted troops can't fire), and explained how to give their troops orders. 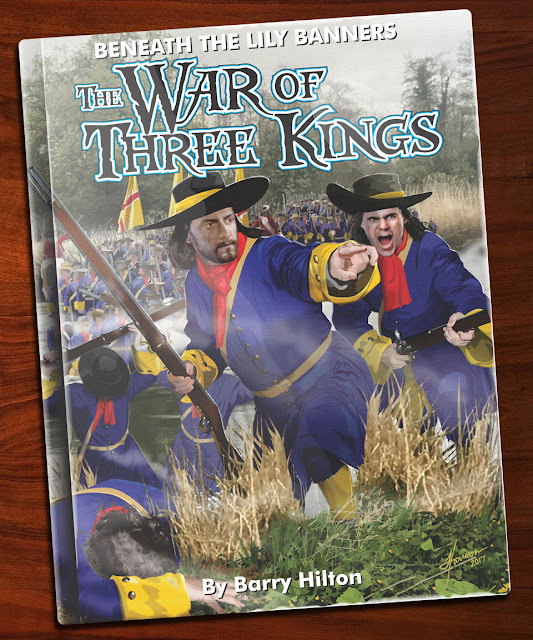 I didn't time the game, but I'd guess we played through thirteen turns in about three hours, including the initial explanations. Obviously I am very familiar with the rules, but this was first time running these for other people and with the exception of keeping the charts handy I had little need to refer to the rulebook. The turns were fast and seem to have a nice flow to the action. The simultaneous move system is NOT new, but something that struck me was the fact that players aren't standing around waiting for their turn. You reveal orders, BOTH move their troops, take turns resolving fire which is a quick process, and close combat has BOTH players rolling dice to determine the outcome - it keeps everyone involved at the table and contributes to the speed of play. 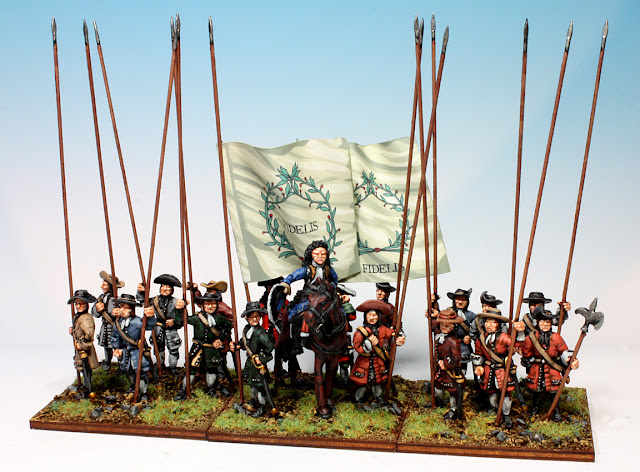 Of course, I ALWAYS forget a few things while the dice are flying, but that's EVERY game really, not just ones I helped make! Dragoons occasionally fought as Blade Horse rather than (duh) Dragoons (against each other so I guess it was a wash), a couple of Raw units failed to rout when they lost a round of combat (though this was on turns twelve and thirteen and would have made no difference to the outcome of the game - they WERE destroyed anyway but their attackers lost a couple extra casualties in the sucessive bounds), and I might have missed a couple of required morale tests. Nothing too egregious -  I would have gotten away with it too had I not just spilled it here! 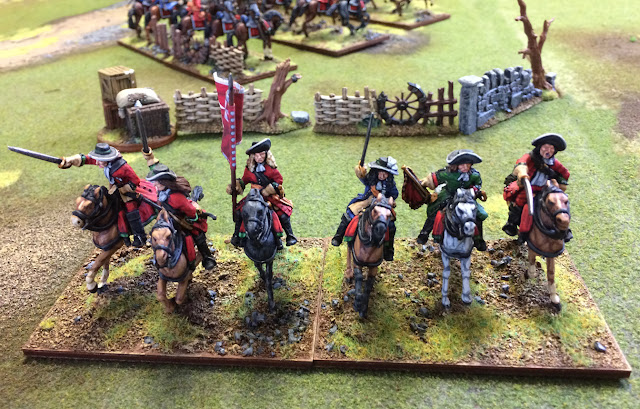 There were a few things that would probably have gone differently had the players been more experienced with the mechanics of the game or maybe even this period of history. Attacks were often carried out piecemeal as opportunities presented themselves. Several times units were stranded at point blank musket range in situations that might have been avoided. All in all though, it was still pretty well played. The outcome was still in doubt by turn ten, which is why they wanted to keep playing. 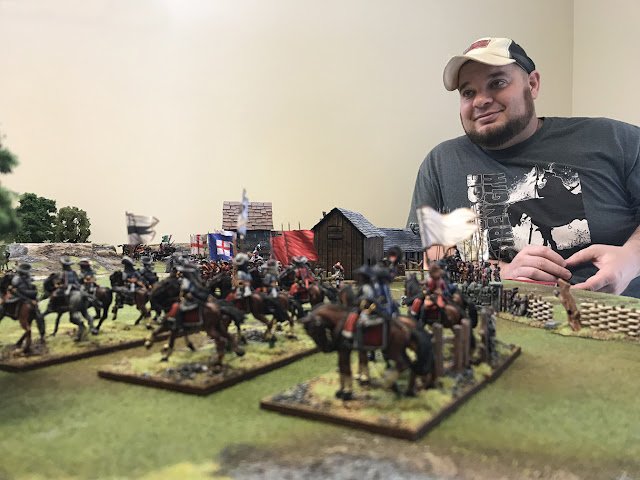 I thought the rules were very smooth and fluid and easily grasped after a few turns. With the order percentage mechanics it made for a very tense and exciting game. We played thirteen turns, fighting to a clear conclusion, and were so engrossed in the action we totally forgot to break for lunch! From what I've read so far, and what Clarence has explained, I felt the game had a good period feel. The scenario was really fun. From the get go, I knew I had a challenge on my hands with the hastily raised militia force of Sir Arthur Rawdon. With cunning use of the DEFEND order to bolster their questionable abilities, and a bit of luck, I managed to come out on top. Cock of the North!

(oh, and thanks, Tom, for letting me use some of your photos from the day throughout this report) 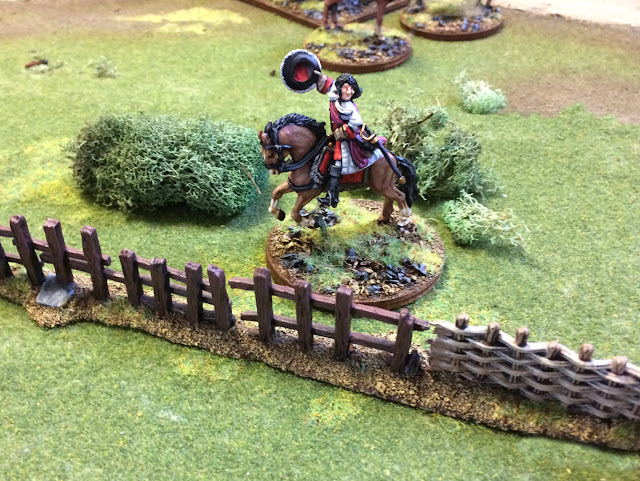