The Earl of Clancarty's Regiment of Foot

by Clarence Harrison April 04, 2016
Clarence Harrison - Yet another unit for my collection and our game for Historicon 2016, the Earl of Clancarty's regiment. Research said Clancarty's regiment had white or blue cuffs. I chose white because of the many other regiments they could stand in for with a flag swap. Just a quick scroll through the BLB rule book revealed Orkney's, Lord Grand Prior's, Ramsay's, Earl of Angus', and the Scot's Footguard! 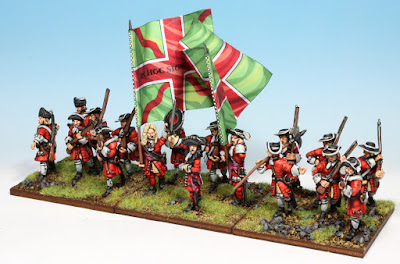 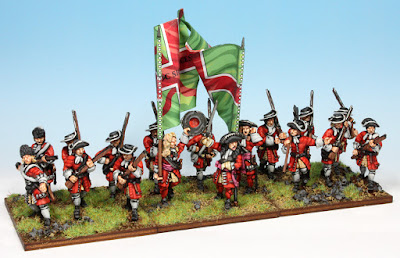 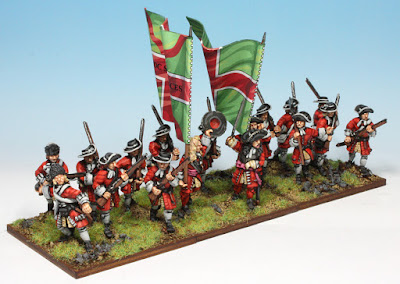 One of the joys I take in this hobby is creating conversions. There is a satisfaction in fielding a unit with a unique model that appears in no one else's army. I usually concentrate these efforts in command models and Clancarty's officer was the focus of my efforts here. 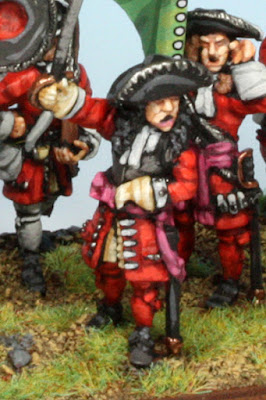 This dashing gentleman was made from a Warfare Miniatures' foot officer, a cuirass equipped cavalry officer (let's ignore the question as to whether or not any foot officers still wore a cuirass), the judicious application of a jeweler's saw, and a bit of green stuff. It was actually a simple conversion owing to the careful selection of the original models. 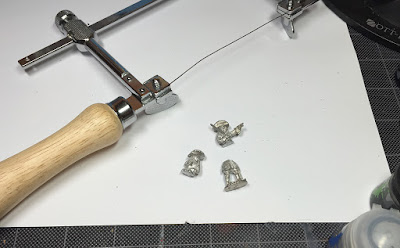 I cut the horseman below the sash to minimize the amount of sculpting I need to do. I filed the waist attached to the legs to give the new torso a slight lean forward for a hint of action. 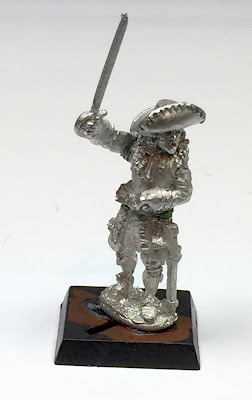 The sword arm was from a Warfare cavalryman, but filed a bit at an angle to throw the arm a little to the right rather than straight ahead, which seemed a more dynamic pose. The minimal amount of green stuff needed to hide the joins was easily sculpted into the lowest fold of the sash and folds of the coat and the paint job hid the rest. 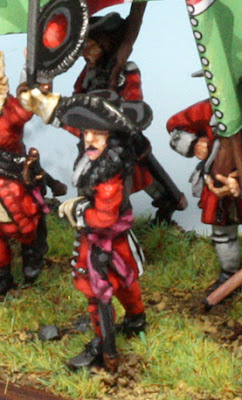 As I said, this was a rather simple conversion. We'd be interested in seeing your efforts. Send your pics to quinda@gmail.com with BLB Conversions as the subject and if I get enough together, I'll post them here. They don't have to be Warfare Miniatures, but they should be in the period covered by Beneath the Lily Banners!