The Evolution of Warfare Miniatures - Contextualizing this series

Barry Hilton - My involvement in Warfare Miniatures was not precisely accidental but rather circumstantial. Back in 2010 the late Spencer Warner decided to plug a gap in the market and commission a range of figures to cover the League of Augsburg period in 28mm. He had been inspired by Beneath the Lily Banners and we knew each other from  shows and his job at Static Games in Glasgow. He initially approached me for some background information to help him research the range. 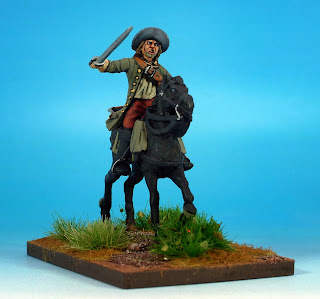 Enthusiastic cavalryman
Spencer went ahead, built a relationship with Clibinarium (Warfare's Sculptor) and got things moving. He asked me at one point to meet him for coffee and he showed me some sculpts. By this time Spencer was looking for some financial support to develop the range which I agreed to but remained adamant that I wanted nothing to do with the business side of things. 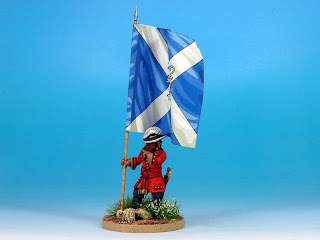 Ensign from WLOA88
Over a period of time I became more active in the discussions about where the range should go and this was coincidental with the beginnings of Spencer's illness. Despite a period of recovery, Spencer never really regained his health and we agreed that I should take over the company. He passed in July 2012 and by then Warfare was operating commercially. 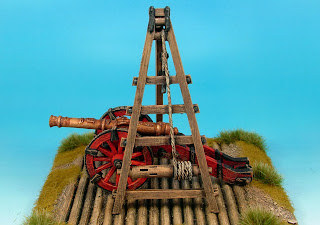 As yet unreleased gun gin
So, the featured code series was designed to give an insight into the range code by code. It should have proven reasonably interesting for those who game or model the period. My objective ws to advise on the choices made and the models sculpted as well as suggest uses for them in terms of armies and theatres.

In future installments we'll feature codes and sculpts that did not make it to production or have been held back for various reasons relating to production or 'context' relative to the rest of the range.  A good example are these prototypes of the Gardes Francaises (below) which were mastered but never put into production and were then superseded by the musketeer packs currently available. 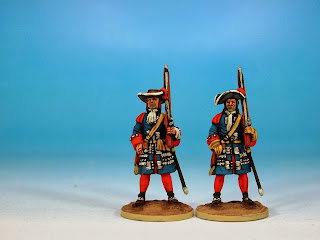 Two prototype Gardes Francaises never in production.
﻿
Warfare has grown well beyond any idea originally conceived. With the current range offering nearly 200 different sculpting variations and a further 200+ to be released during 2014/15 it will I hope, offer the widest level of options to gamers.