by Clarence Harrison August 26, 2018
Whew! Third game went totally different from the previous two. Though the Jacobites did manage to get all of their plunder across the ford (in eleven turns.. don't tell Dannie), they were slaughtered to a man save several units of horse who retreated in good order from the field. 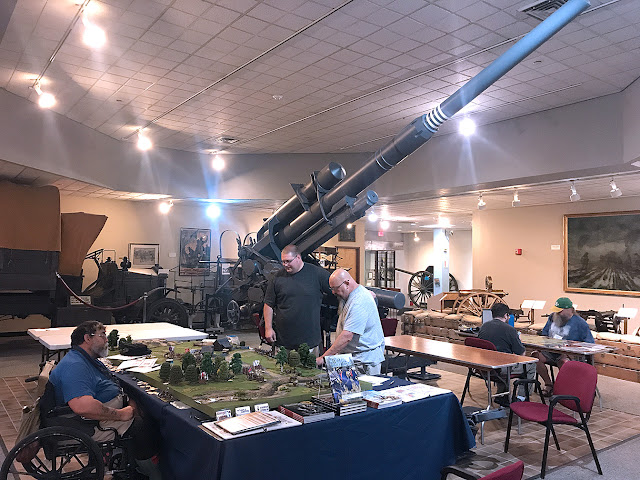 Mike 'Fat Bastard' MacNeill captained the Williamite assault while the dynamic duo father-son team of Rob and Justin Buck tried to keep the Jacobites in line. None of these gentlemen had ever played BLB, but it half way through they were mostly figuring out their own factors and more or less running the game themselves and reminding me of the rules.. 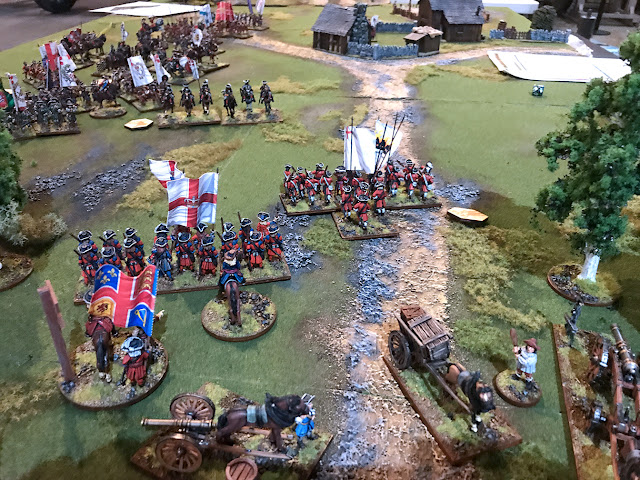 This battle had several twists and turns, including the first squadron of Tyrconnel's Horse DEFECTING to the enemy, two-thirds of the remaining brigade riding away after an errant flare was launched to signal retreat, and the Danish Guard trading fire with the Irish Guard and Lord Grand Prior's at point blank range for several turns. Despite harrowing losses, the Danes refused to retreat and died to the last man after have inflicting grievous wounds on the Irish Guard. 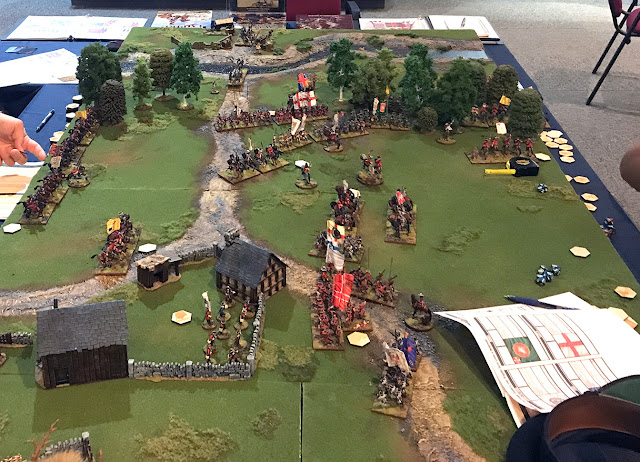 This battle lacked the huge cavalry scrums featured in the earlier games, though there were still several well timed charges (and one not so well timed). 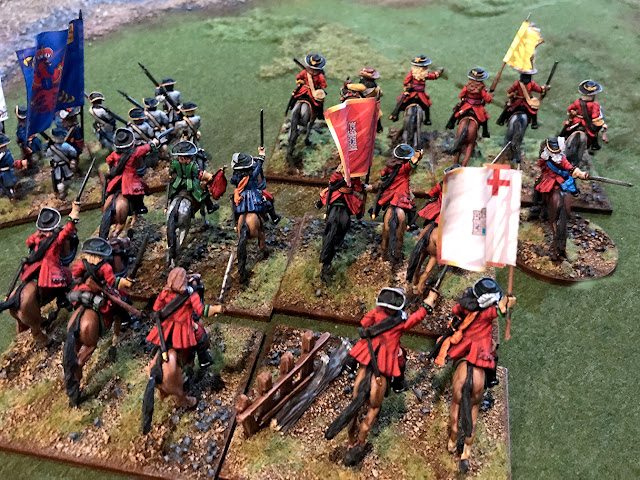 Again, I'll write up these games in a bit. It was a good weekend - the players were good sports all around, embracing both good and bad luck as it fell and seemed to enjoy the games. It was a lot of work, but I will definitely plan to host a game at the February show in Williamsburg next year and may have the opportunity to put on another game at the museum later this year as well.