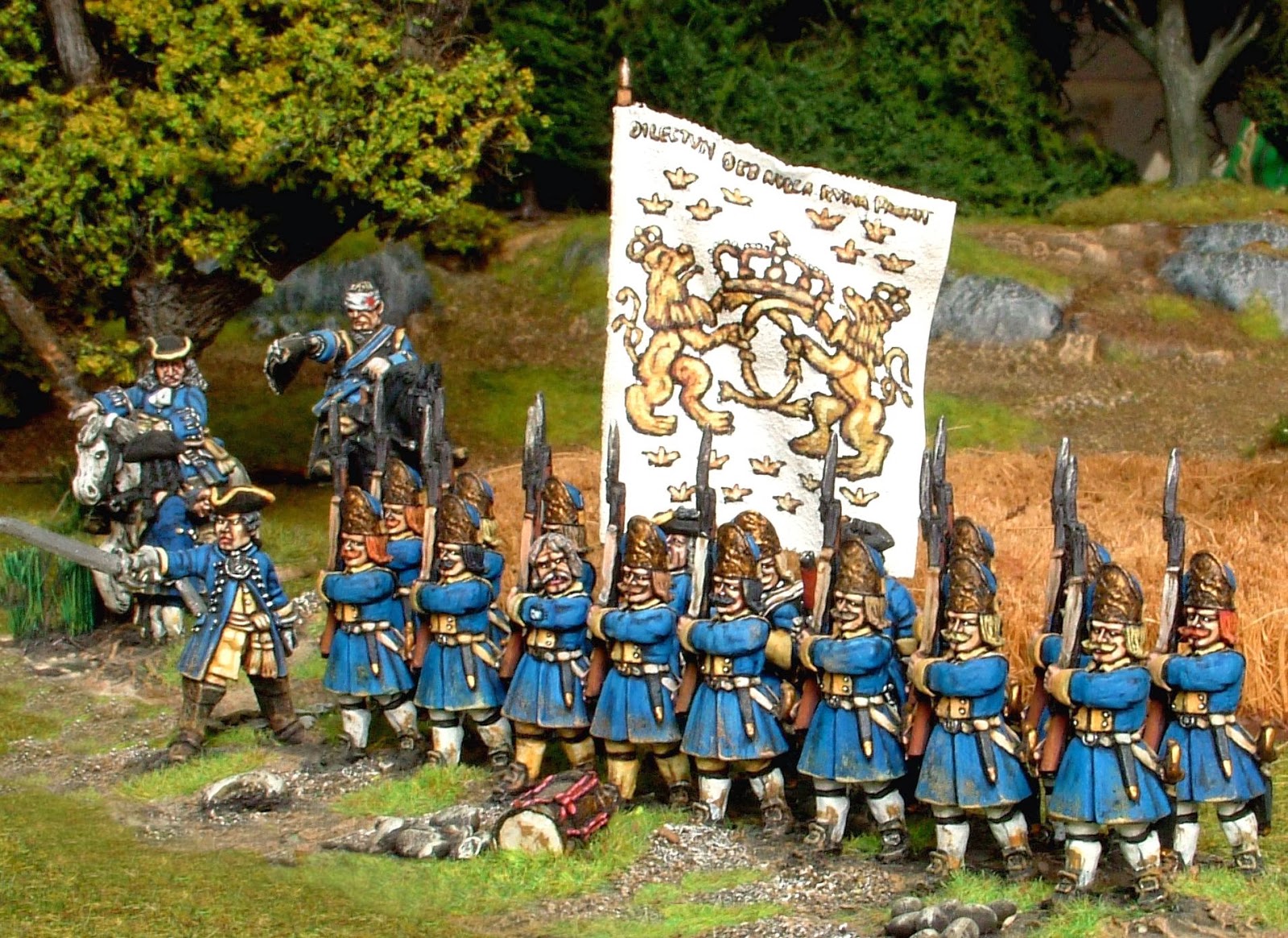 Andreas introduces the context of this dramatic battle;
The Swedish and Danish kingdoms had been fighting over Scania for decades before the Great Northern War broke out. This struggle would come to an end with the Battle of Helsingborg.


Background
The province of Scania, the most southern part of modern Sweden, belonged to Denmark up until the peace of Roskilde in 1658. The peace was a result of the Swedish King Charles X Gustav first Danish War, 1657 to 1658. The Swedish demands were very harsh and Denmark had to give up several core provinces and large areas of land. Among these were Halland, Blekinge and Bohuslän but most importantly, Scania. The Danes did not forget this humiliating peace and were intent on taking back the lost provinces.


It wasn’t until 1675 that a good opportunity appeared. Sweden seemed weaker than ever with a young and inexperienced king on the throne and an army and navy in shambles. The Danes landed in the vicinity of Helsingborg with an army and conquered Scania within a few weeks, virtually unopposed. But luck changed and in the following years the Swedes won a series of important battles. Eventually the Danes had to leave Scania in 1679. Because of Sweden’s alliance with France the peace treaty was very favorable to Sweden even though Danish and Brandenburg troops occupied all of its German provinces.


In 1700 another opportunity appeared when Denmark, Russia and Saxony-Poland created an alliance to challenge Swedish supremacy around the Baltic Sea. Denmark was forced out of the alliance in the same year after an unsuccessful campaign in Holstein and a Swedish surprise attack on the Danish mainland. The Great Northern War, as the war became known, continued being fought in northern Germany, Poland, the Baltic states, Finland and in Russia. The Swedish armies won several spectacular victories over numerically superior enemies but were unable to make much use of the victories. In 1709 disaster struck in the Ukrainian plains. The battle of Poltava was the largest Swedish military disaster ever. The army was destroyed and the Swedish king, Charles XII, had to flee to Turkey. The Danes didn’t waste any time and declared war on October 18 the same year. 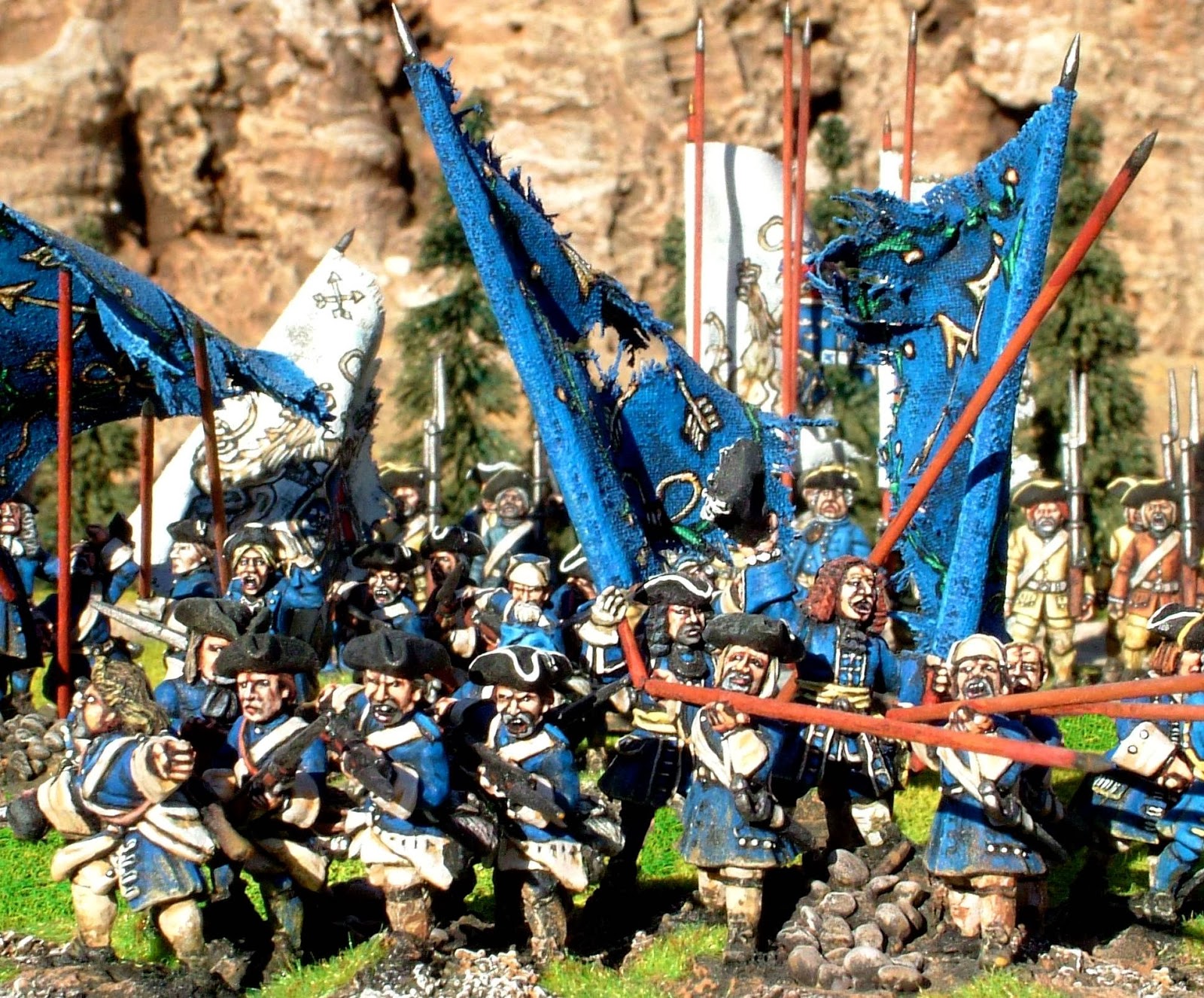 The campaign in Skåne 1709/1710
The Danish fleet assembled outside of Råå, just a few kilometers south of Helsingborg. Around 15, 000 soldiers were put ashore on the beach without any Swedish opposition. Commanding the Danish forces was Christian Ditlev Reventlow. His Swedish counterpart was Magnus Stenbock, governor of Scania and general lieutenant in the army.  Stenbock was a veteran of the earlier parts of the war. He had participated in the battles of Narva and Kliszów. The forces at his disposal were besides the garrisons at the different fortresses, just one cavalry regiment. Understandably Stenbock couldn’t do much except call for reinforcements.


In a matter of days the Danish army had taken control of Helsingborg and most of central Scania. Only the fortresses of Landskrona and Malmö held out. Stenbock decided to retreat to Kristianstad in the northeast of Scania and then on to Växjö in Småland, about 100 kilometers from the Scanian border. Reventlow’s plan was to attack the naval base of Karlskrona but soon realized this wasn’t realistic as he lacked supplies, artillery and soldiers to do this. At the same time as the Danish army was resupplying in northeastern Scania and in Blekinge, Stenbock was building his army in Växsjö. Almost daily new regiments, weapons and supplies arrived at the camp and the soldiers were drilled at a nearby frozen lake.


By February 5, Stenbock’s army was ready to march and after a few more regiments joined at Osby, the army crossed in to Scania. In contrast to popular belief in Sweden the army wasn’t made up of peasant boys and old men. The core was made up of experienced officers and the rank and file was of good soldier material, even though a bit younger than normal. As soon as the Swedish army marched in to Scania the Danish commander Reventlow saw the danger of being trapped and losing his communications with Denmark. The Danish army started to retreat west, towards Helsingborg. During the march Reventlow got sick and had to return to Denmark, command was given to Jörgen Rantzau. Rantzau was an experienced soldier and had served under Marlborough during the War of the Grand Alliance and the War of the Spanish Succession. He had participated in the battles of Blenheim and Oudenaarde where he had commanded a Danish cavalry brigade.


Now, on the other hand, Rantzau commanded a whole army and he continued to retreat towards Helsingborg. Once there, the Danish army made camp northeast of the city and received much needed reinforcements. The Swedish army was always one step behind the Danish army during the retreat and didn’t arrive at Helsingborg until February 27. The army made camp ten kilometers northeast of the city. The intent was to attack the Danish army from the north the day after.
Share Share on Facebook Tweet Tweet on Twitter Pin it Pin on Pinterest
Back to The League of Augsburg