by Clarence Harrison March 12, 2017
Clarence Harrison - Here's the second squadron! I actually managed to finish them last week, but I had to go out of town for work and didn't get the chance to take photos. 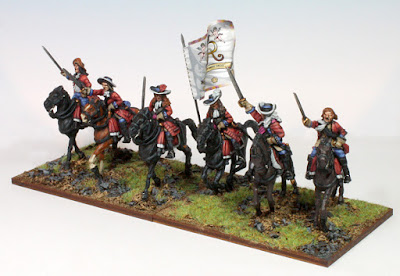 This is one of my favorite regiments in the collection so far and forms the nucleus of my Jacobite horse. My original goal was two squadrons of Lifeguard, three squadrons of Tyrconnel's, two squadrons of Parker's, and one squadron of Sutherland's. I'm halfway there! 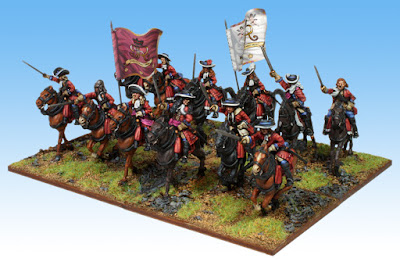