I squeezed this in whilst speaking at a conference in Dublin. What a wonderful find it was. In this first post I thought I would trail the variety of fantastic and interesting militaria contained in a very substantial and well laid out national museum. I visited the Collins Barracks site on Benburb Street.


The displays were well set out and the information useful and engaging. The staff were also very helpful. There may be other displays in the other sites but this one begins the military history in the 16th Century so I didn't see anything about the earlier centuries.

The 17th and 18th century exhibits were the most interesting to me and some of the best. 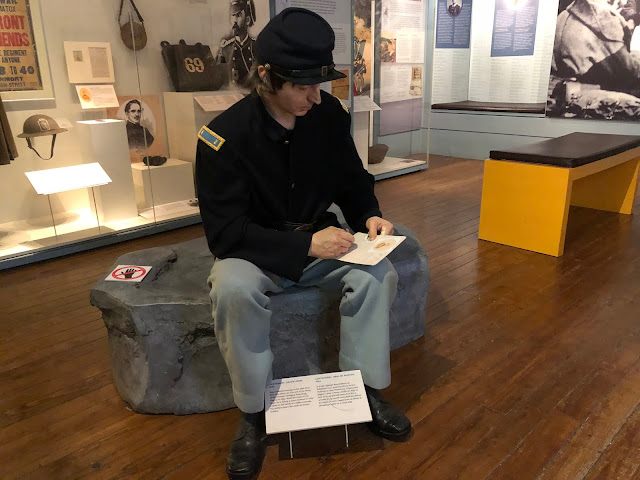 The ACW section was also quite significant. Irish military history is long and rich but because Irish soliders were inviariably fighting as a contingent in other countries' wars  as volunteers, mercenaries or exiles, the feeling of discontinuity of cause is quite strong across all of the conflicts.

The section on gaining Independene from Britain is housed in a very large and separate section of the museum. It is detailed and fascinating and of course a source of great national pride. I thought the story there was told objectively despite the sensitive nature of the subject matter. I was so absorbed by that section that I forgot to take any photographs at all!

This was only a short taster piece and I'll detail the sections by centuries in later posts. I thoroughly recommened this museum to anyone visiting Dublin. The Guiness brewery is exactly opposite it on the other bank of the Liffey.