The perfection of military discipline: The plug bayonet and the English Army  1660-1705
The book is written by Mark Shearwood, friend of this blog,  good friend of mine, wargamer and modeller extraordinaire and most significantly of all, an authority on 17th century military history and the English Army in particular. Mark has spent much time digging in archives, libraries and collections to uncover rarely seen but crucial information on the period.
This book is a scholarly work and written in a manner whereby excepted conventions are challenged, evidence is presented, observations and comments made and conclusions drawn. I like this way of presenting information. Many primary sources were consulted and Mark provides evidence to confirm, question or rebutt, on a variety of important topics. 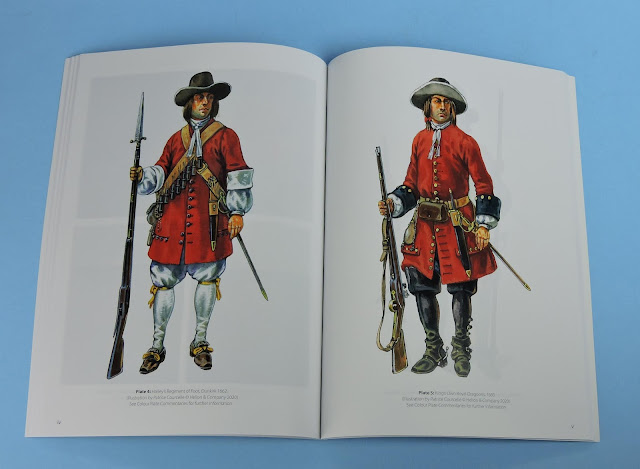 As a small example, he gives clear evidence that regiments such as The Footguards were still equipped with bandoliers as opposed to cartridge pouches as late as October 1688 (on the eve of the so called Glorious Revolution). In 1689,  both Kirke's and Trelawney's regiments, by then two of the older and better established regiments in the army, were still equipped with twice as many matchlocks as flintlocks and also, with bandoliers - ie; apostles.  Infantry units with flintlocks also to a larger extent, retained bandoliers.
Extensive and very detailed lists of peacetime and wartime establishments from 1679 to 1705 take up 40 pages at the back of the book and the regimental information therein is a goldmine for historians and wargamers alike. 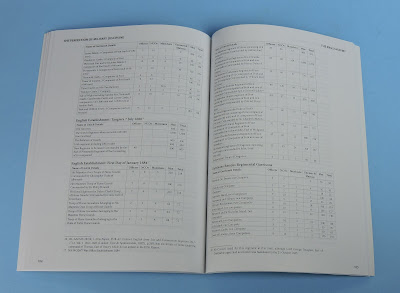 The book will in my opinion, set some people's cardigans alight and I hope so too! Those fond of arbitrary cut off dates such as: 1683 no more short cuffs, 1685 no more bandoliers and apostles, 1689 no more plug bayonets, 1695 no more pikes and 1700+ tricornes only, will have some sleepless nights as they try to process what many of us have suspected or known for some time. People use stuff till it wears out, they do it now and they did it then. Tactics were an evolutionary process which did not change like the clocks between GMT and BST. Colonels hung on to their pet ways of fighting as long as possible.
Mark gives us food for thought on so many fronts with information which could have been presented in a dry as dust way, brought to life and made very engaging and thought provoking. 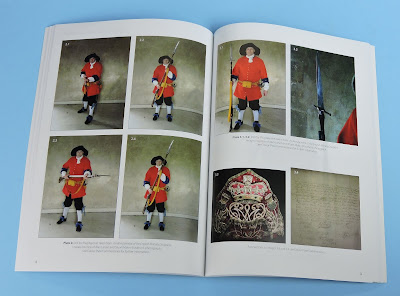 The illustrations are not shabby either. Patrice Courcelle's warm and gentle style lends itself very well to the period and in addition to several appropriate contemporary plates, an interesting re-enactor set of shots demonstrates drill evolutions for the use of bayonets.
I can't recommend this book highly enough and Charles Singleton at Helion must again take a bow for his continuous stream of excellent publications by people with a genuine passion and knowledge of their period. This is in stark contrast to some jobbing hacks who churn out substance-starved, anorexic, low-quality publications which are bought largely for the plate centrefolds.
Look for more of Mark's work in the future but in the meantime, get on to the Helion site and order a copy of this book.
Share Share on Facebook Tweet Tweet on Twitter Pin it Pin on Pinterest
Back to The League of Augsburg