The Prussians are coming! 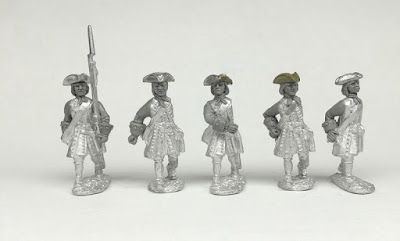 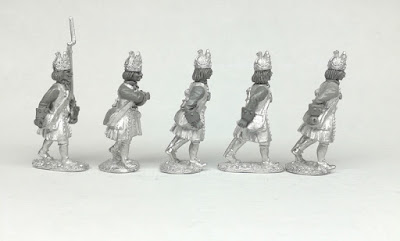 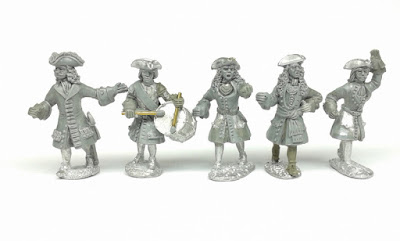 Alas, I have not yet had time to paint any of the new Prussian infantry which we will soon release:

I'll hopefully get to that soon although travel is currently the rate limiting step. In the meantime Mr Harrison has been very busy producing flags for fifteen Prussian/Brandenburg regiments using the 1714 reform pattern colours. This job was primarily completed as a commission for an exciting Stressow 1715 project. 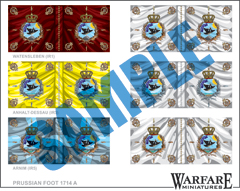 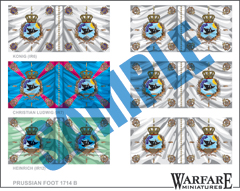 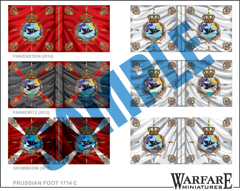 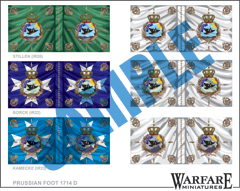 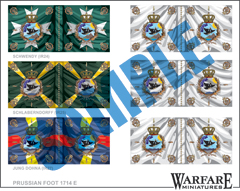 Having printed the full set of these flags for an order over the weekend, I can honestly say they ate the most impressive and eye-catching flags in the entire range. Those Prussians really knew a thing or two about creating outstanding designs. Clarence has captured them perfectly and the sheets have convinced me to do some Prussian units for myself.

As far as Prussian cavalry is concerned we already have them covered. It really depends on whether you believe their cuirassiers wore cuirasses or not! Over the coat? under the coat? front plate only?

We recommend something from the range WLOA39 - WLOA56 or, the Russian dragoons from RC01, RC02 and RC05 depending on when you want to portray these northern Germans.