The Walls of Limerick, Part III 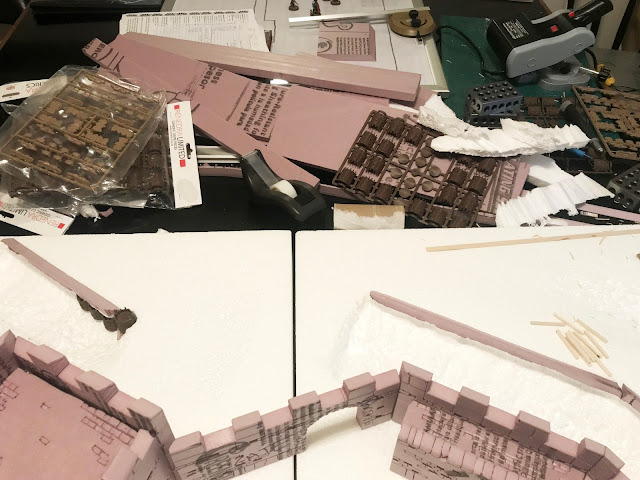 Clarence Harrison - I've made some progress on my project for the Guns of August show this summer. It is August 24th-26th and I am definitely attending, though I will only be there Saturday and Sunday. The plan is to run the game twice on Saturday and once on Sunday. I have more detail to do on the walls of Limerick, but some of that will be easier do once the models are attached to the tiles. Before doing that I wanted to build the glacis and covered way that had been constructed outside the walls. The photos aren't great because the expanse of white foam fought all efforts to get decent contrast and the results are a bit over exposed, but you can get the idea. 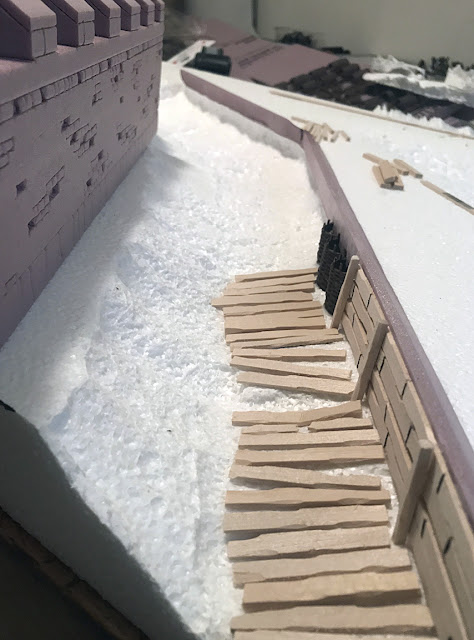 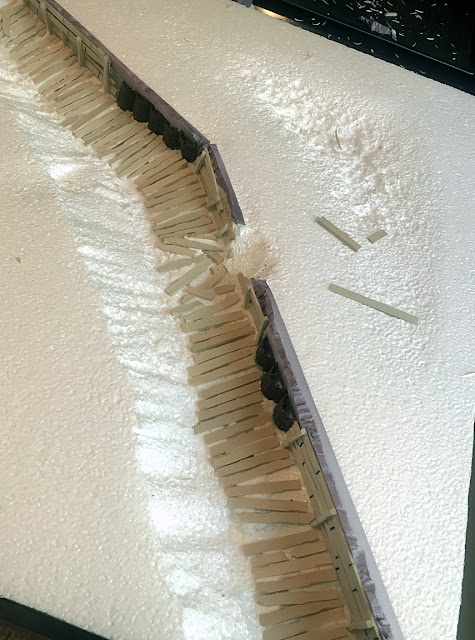 The gabions are plastic kits of Renedra Limited. These come in halves which worked out perfect to model the fort because I wanted them half buried in the front wall. 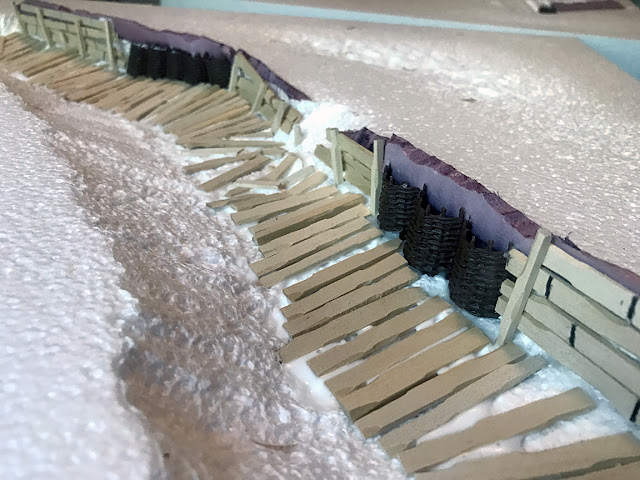 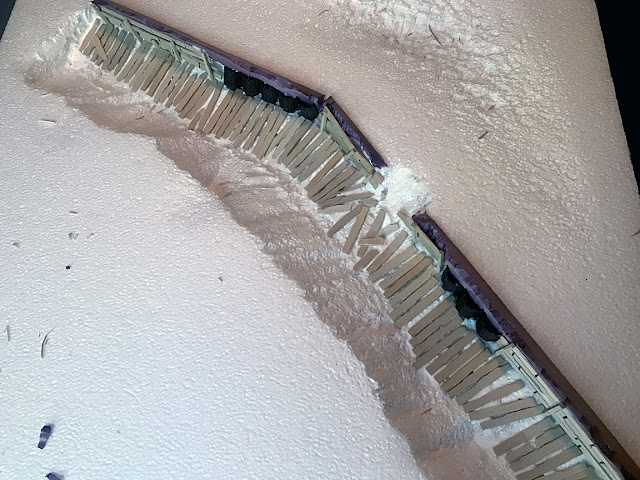 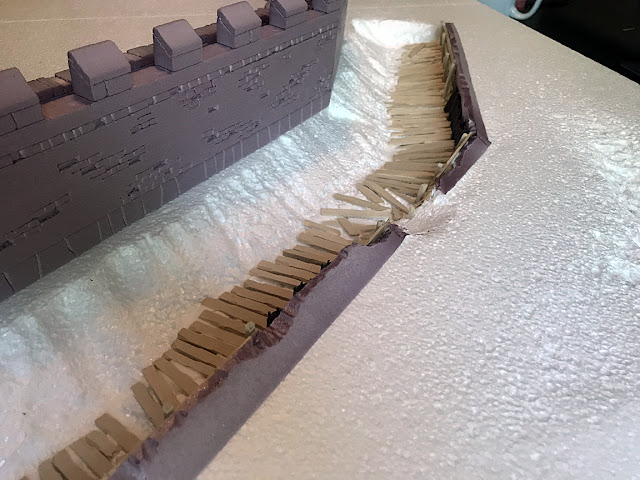 The glacis will be a longer slope when I break out the filler to blend all of these features into the board. Multiple layers of texture and scattered debris like buckets, spare timber, and fascines will all be added at some point. However, my next step is to turn my attention back to the walls, fixing them permanently to the tiles and adding another layer of detail to them.

Luckily, these two tiles will represent the bulk of complex modeling. I need to make six more tiles, two with smaller trenches and one with a river shore, but they should be quick work after these. The remaining tiles are pretty much flat and open. I also need to build a small redoubt for a gun that stands just outside the gate and a larger one for the Yellow Fort. 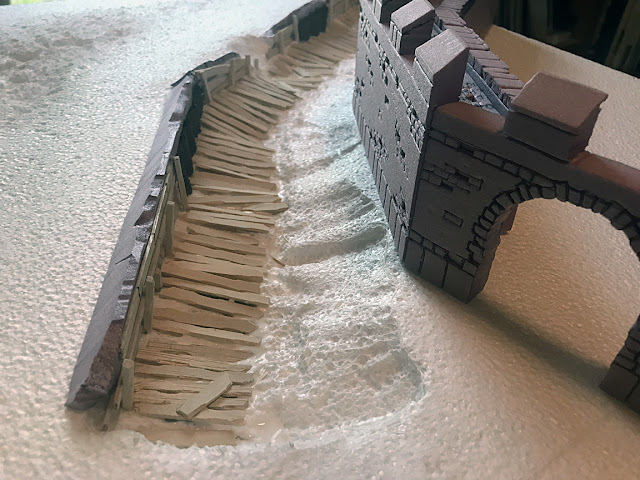 I've also started the expansion of the units I'll need to put on the game at 1:15 or 1:10 give or take... this means standard infantry units of five stands rather than three, though my Danish Guard will weigh in at SEVEN stands! Luckily, due to the fact that a standard two-stand squadron in BLB actually represents two squadrons at the normal scale, I have all of the horse I need to cover the squadrons I'll use for this game. 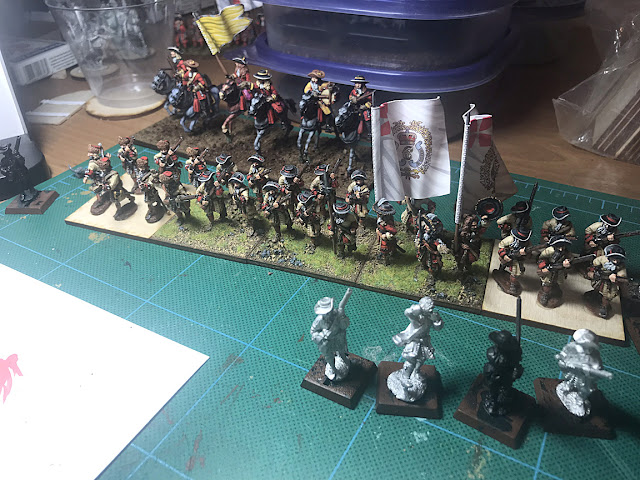