The War of Three Kings - "What's up with the name?" 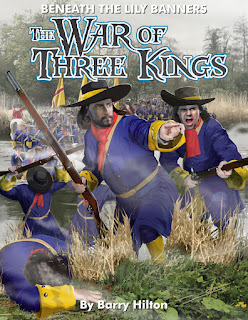 The game is still Beneath the Lily Banners. When we started developing the new rules, we wanted to streamline as many things as possible without loosing the feel of the game. Some of this came in the form of rule changes, but some came from discussing how to represent all of the different theaters of this period. We found we were expending a lot of effort trying to make sure we covered rules for all of the various idiosyncrasies of the period which spans across multiple theaters. We wanted to be as comprehensive as possible, but we were looking at a 250-page tome.

What we decided to do is break Beneath the Lily Banners into theaters. The main volume, The War of Three Kings, focuses mainly on Ireland. We chose this because it is actually OUR primary area interest and we have lots of supporting material available with more on the way. Some rules (lances, for instance) are not covered in The War of Three Kings and other things (rules for the Guard troop classification) have been place in a section of optional rules as they rarely appear in games. These moves had the immediate effect of streamlining the mechanics and cleaning up modifier tables.

We were able to include many other optional rules to represent common situations found on Irish battlefields (like the narrow causeys that often were central objectives for control of the marshy ground) and unique troops (like the Enniskilleners of Northern Ireland). These things can add more  period flavour to your games, but are not necessary unless you want to add the extra detail. 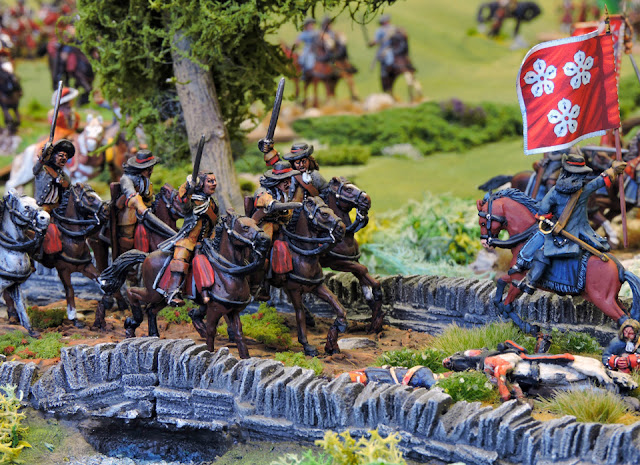 There is also a chapter devoted to the wider conflict on the main continent. This chapter details modifications applicable to cover the western and central European theatres during the period 1660-1714. It references Imperial troops but only in the context of them fighting western opponents and not the Ottomans. Eastern and south-eastern conflicts will be handled in a separate supplement (and supported by an entire new range of Warfare Miniatures - watch this space). Further supplements will cover conflicts of other regions (like the Caribbean and the Colonies). 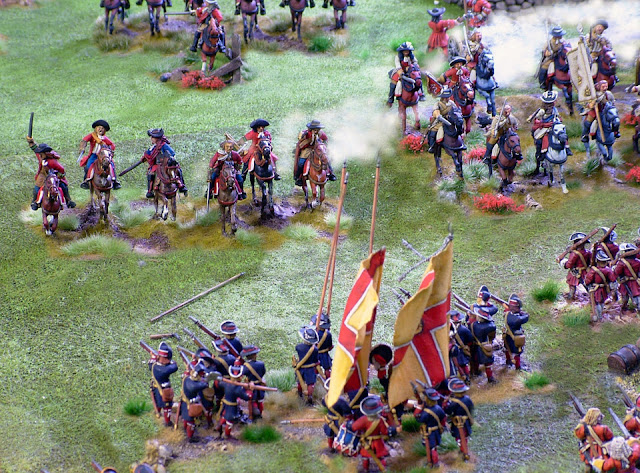 This also doesn't mean you can't use the rules in The War of Three Kings to fight battles set against the backdrop of The Great Northern War (we've been doing that too). You might have to figure out what to do with that one unit of lancers or bow armed cossacks on the table, but the majority of things will work just fine.

Again, the approach may seem a bit backward, but I think too many rule sets focus on sweeping periods to their detriment. Veteran gamers with existing collections will be easily able to adapt these rules to fit their favorite theater while the beginner will have a targeted approach with lots of supplemental material to support their first foray into this colorful period of military history.

Next time we'll look at how some of the rules have changed...