I wanted to get the maximum scenario use from the two converted small ships I purchase from Ainsty. I will deal with their masts and sails in a later post but I wanted to get all the serious hull building work completed first before frigging in the rigging.

The stern configuration of this model is odd. Nevertheless it presented some interesting possibilities which were too good to miss.  I have plans to use these models from the 1649 till well into the 18th century. Ship design does not change dramatically until the 1730s.

These utilitarian little vessels were already getting a gig list which looks like Aerosmith's farewell tour before they had been undercoated as I wanted to use them as English Commonwealth, English Royalist/Royal Navy, Scots Navy, Dutch, Danish, Swedish, Spanish, Portuguese, Venetian, French and privateer vessels.

Most ships look pretty similar when wet and with the sails up. Usually what distinguishes them are their stern decorations and flags. This was the area I decided to concentrate on.

You may remember from a previous post my addition of a small 'jig' on a flat and largely redundant portion of the stern. To slot into my jig, I made a stern decoration template from 3mm balsa. Having finished the paint job on the upperworks of both ships - quite distinctive with one conforming to typical 'English' colours of the period and the other being more 'Dutch'. I set off to paint stern decor in the styles of the above mentioned fleets.

So, meet the ships! 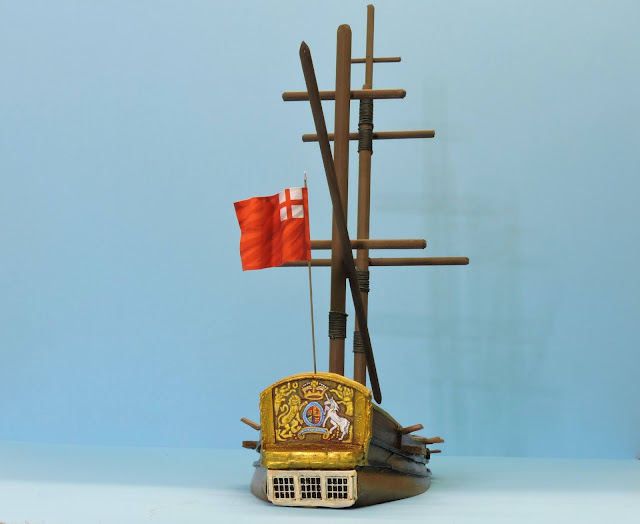 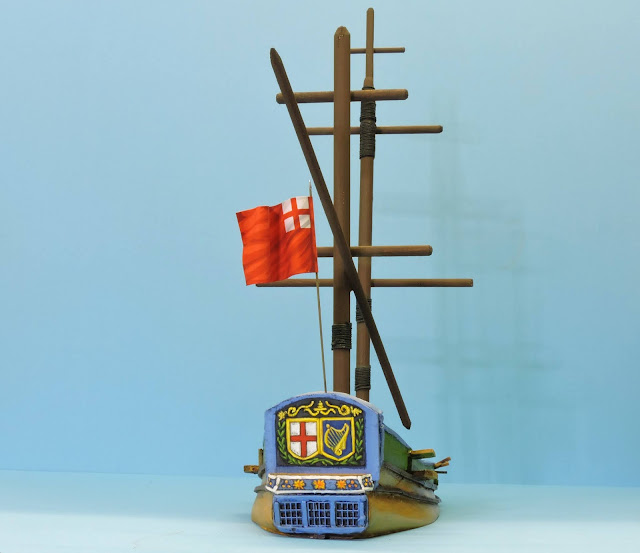 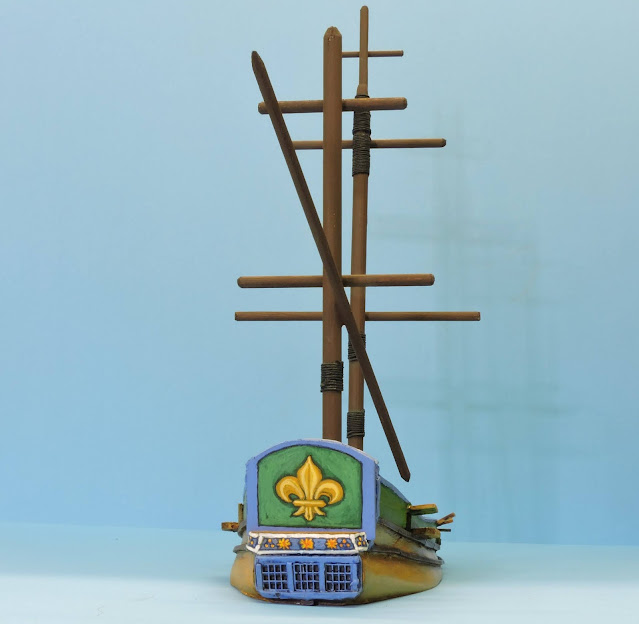 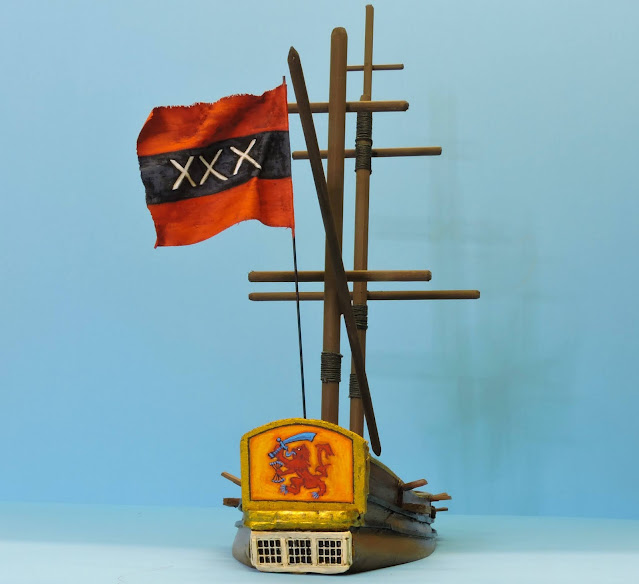 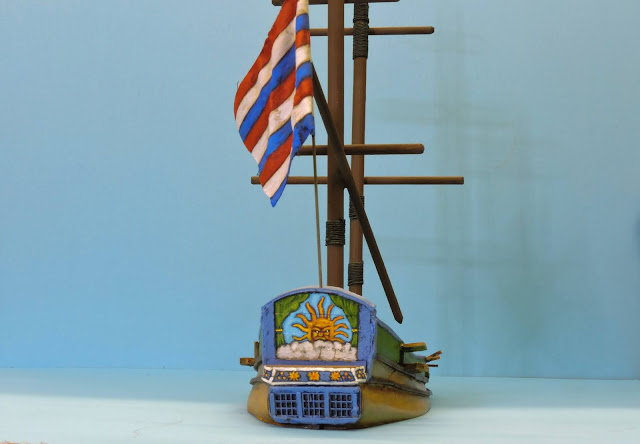 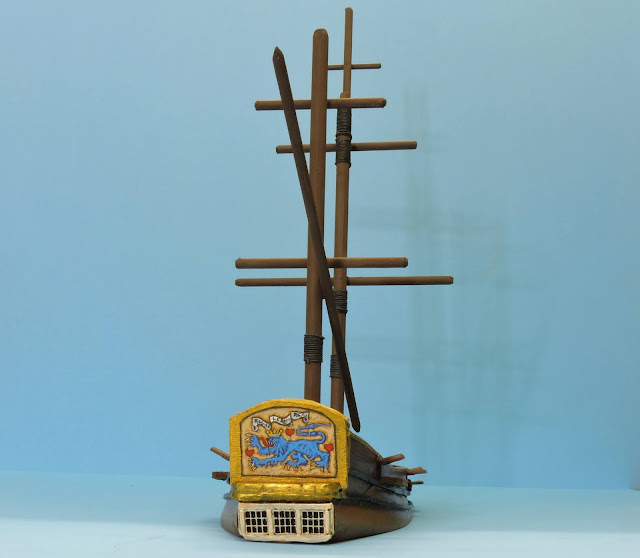 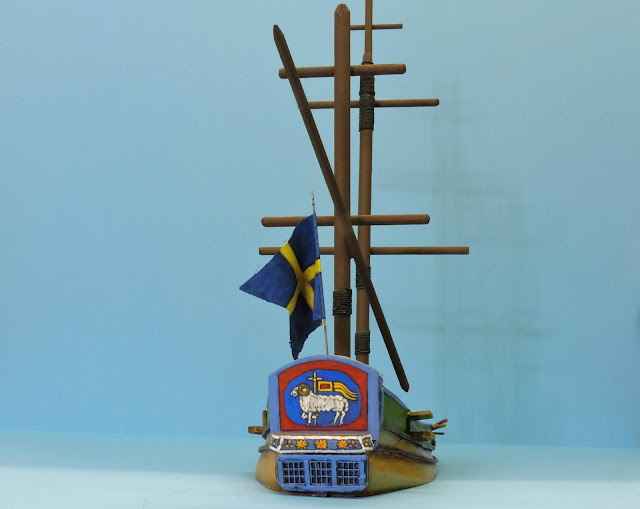 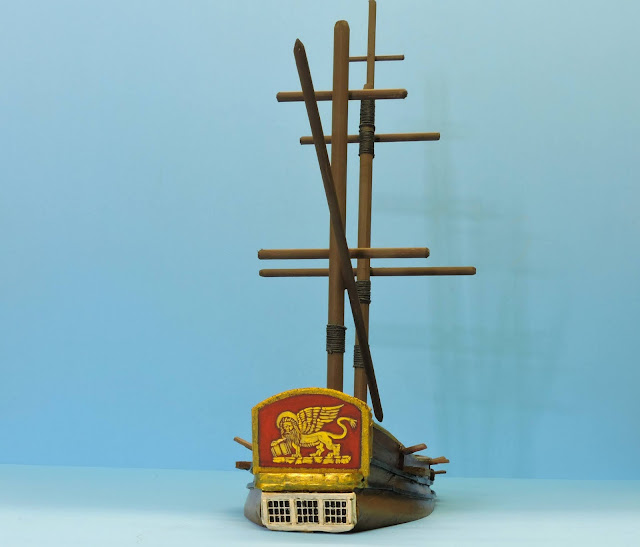 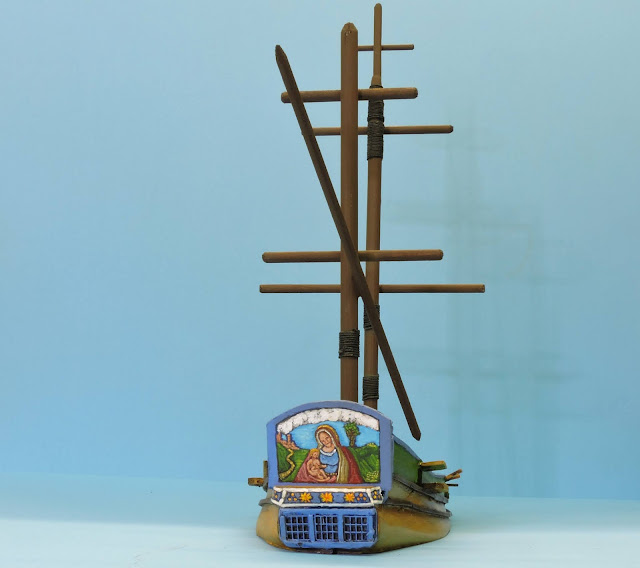 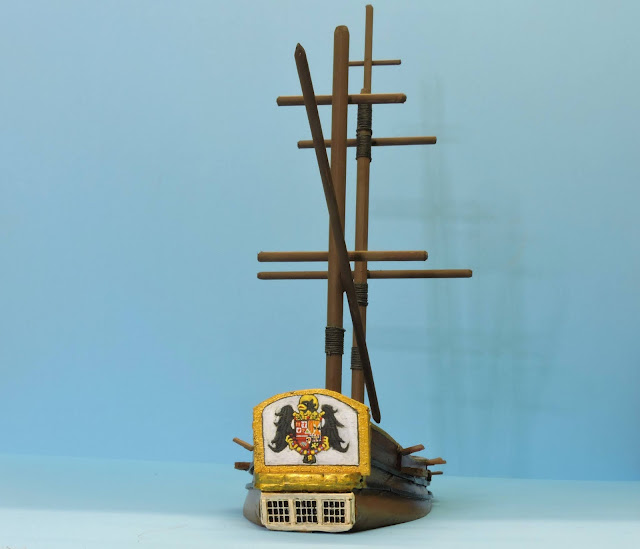 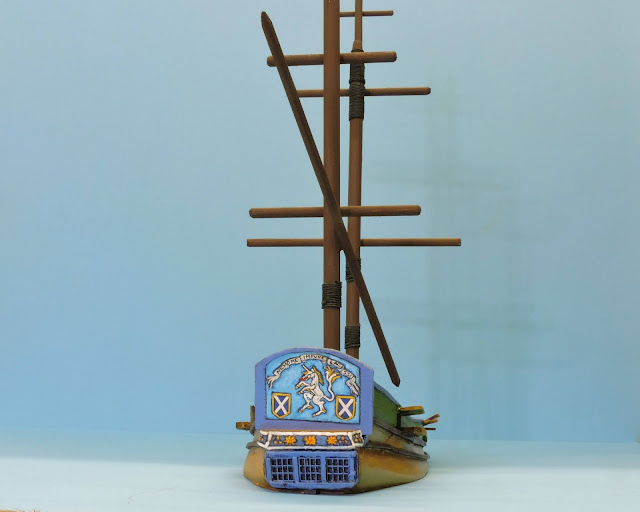 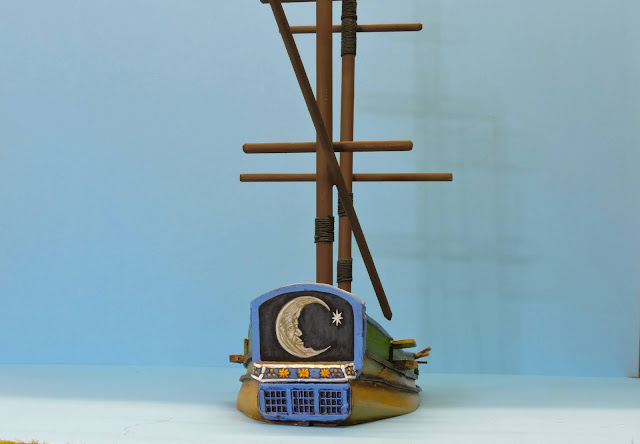 All of the sterns are freehand painted in Acrylic on balsa sheet. The designs are drawn from various sources and none are too fanciful for the period. I enjoyed this little challenge and now move on with these two ships to the next stage which is finishing some fine detail on the hull and decks and then...

Frigging in the rigging!