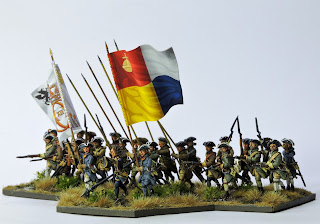 I wanted to paint a battalion of Swedes who were not in the stereotypical blue faced yellow. I decided to imagine a later war look and a battalion formed from new drafts of recruits who had limited access to uniforms and equipment. 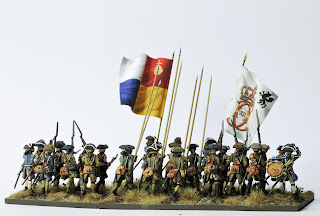 Thinking about Confederate troops in the later part of the American Civil War or German units in 1944/45 I decided that a degree of latitude in uniform shades and hat colours was legit. Using the separate command stand principle these boys could be almost anyone as long as they fought with the Swedes. 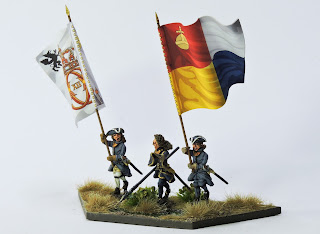 I revisited my water feature phase with a nice bog directly to their front. 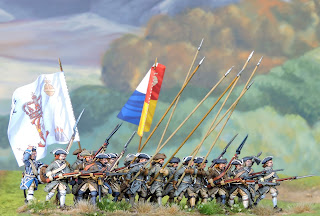 Now, the flags, attractive? Yes, I think so too! I was going to do cotton versions but mentioned it to Clarence and he had a tremanning, fyrmanning, femanning battalion sheet ready for me in 24 hours.. now that IS service. Not yet available in the shop, if there is a demand I will of course make them available. 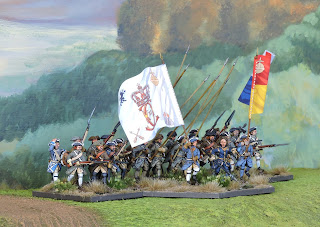