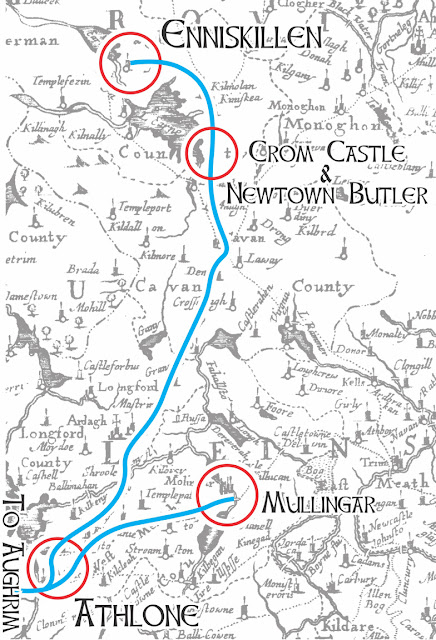 Before leaving Enniskillen, we stopped at Enniskillen Castle and just had a walk around the outside. On March 11th 1689, Gustavus Hamilton formally declared Enniskillen for William of Orange. A day later, James II landed at Kinsale seeking to win, with victory in Ireland, the springboard for an assault on England. Throughout that month, the Enniskilleners harassed the Jacobites, sending out lightning raids from this island stronghold. 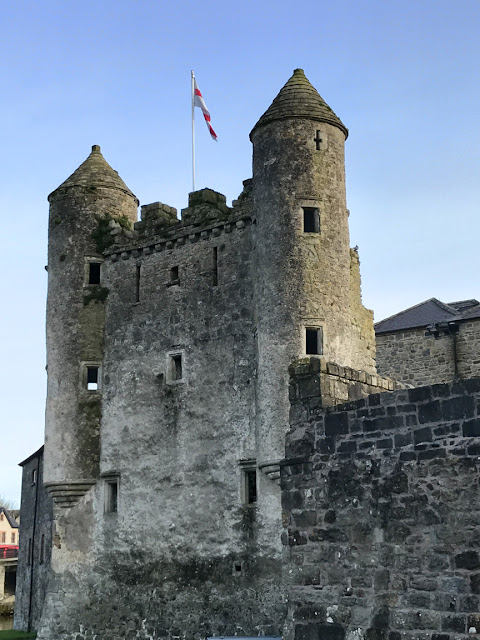 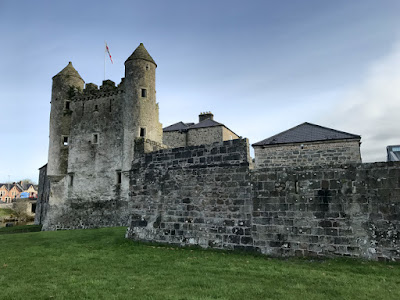 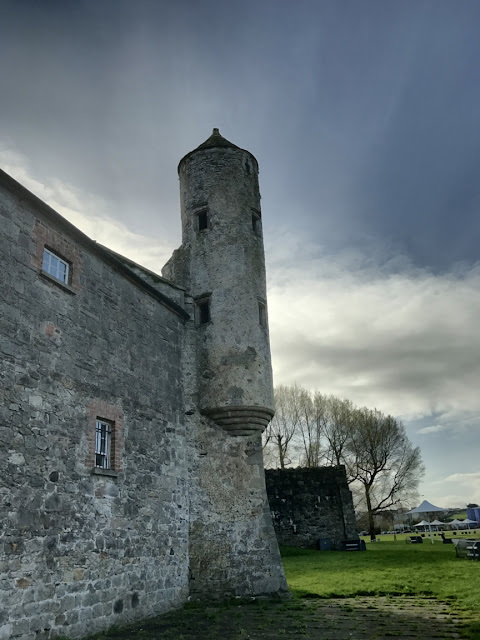 After our trip to Ireland, I have plans to add a couple of small castles to my terrain collection for the period. This was only the first castle of the day! Driving south we passed a sign for Balfour Castle in Lisnaskea. Being in no particular hurry, we turned around and followed the sign... 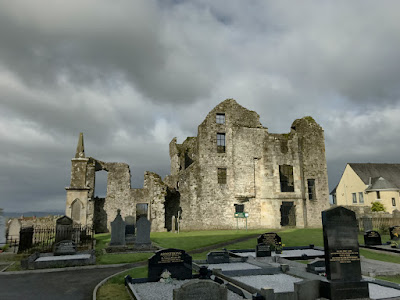 The stands on the grounds of a church, behind a graveyard. It was built around 1618 under grant from King James I. I have found little information about the place in the period covered by Beneath the Lily Banners, though some notes on the place say the castle was 'damaged in 1689'. There was a small action at Lisnaskea before the battle at Newtownbutler so the damage in question may have occurred around that time.

A bit farther south is a castle we know was involved in at least two actions during the fighting around Enniskillen - Castle Crom. There is a massive Victorian castle of the same name on the site, but the one we were interested in is a small ruin that lies to the south. Barry told Bob and I that Lord Galmoy tried to take the castle by bluff with a fake cannon made of tin. The Enniskilleners wouldn't surrender without a fight and apparently the Jacobites blew up their toy gun by trying to actually fire it! 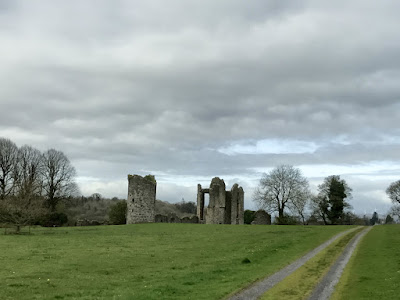 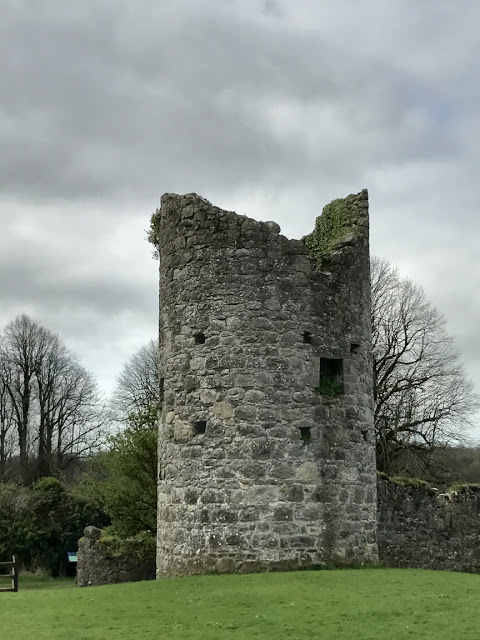 Several months later, a second attempt to take the castle was made by Lord Montcashel with several light guns possibly as many as 1000 men. The defenders made use of temporary outer earthworks to bolster the castle's strength and again the Enniskilleners managed see the Jacobites off. 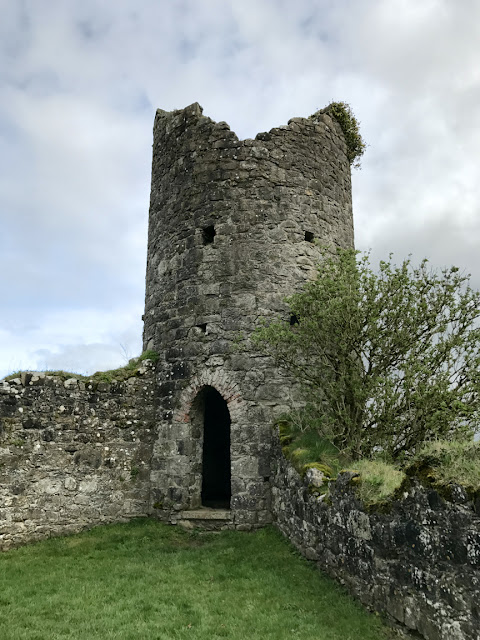 One fascinating detail we found on a nearby plaque was that some of the current walls are 'fake', built as ruins to enhance the view of the place from the Victorian Castle. 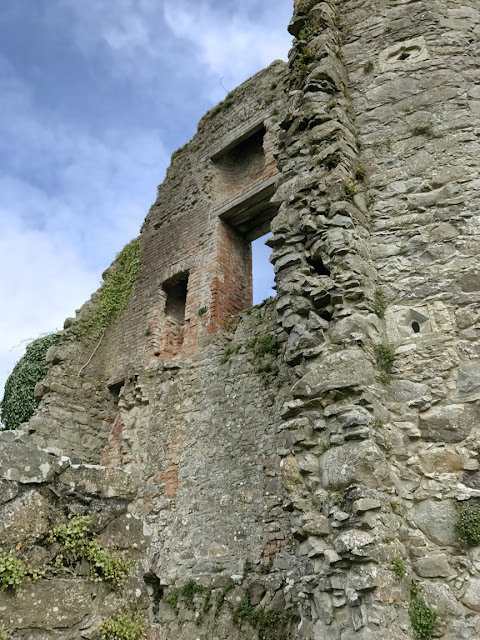 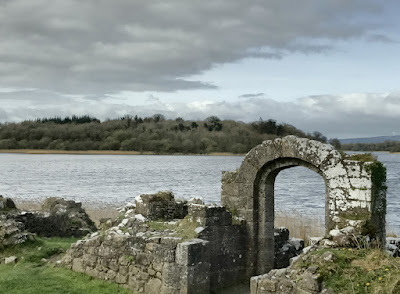 Again I was truck by the fact that we were able to simply walk up to this monument. I took three times as many photos as I've posted, with an eye toward capturing detail for building a model for the game table. 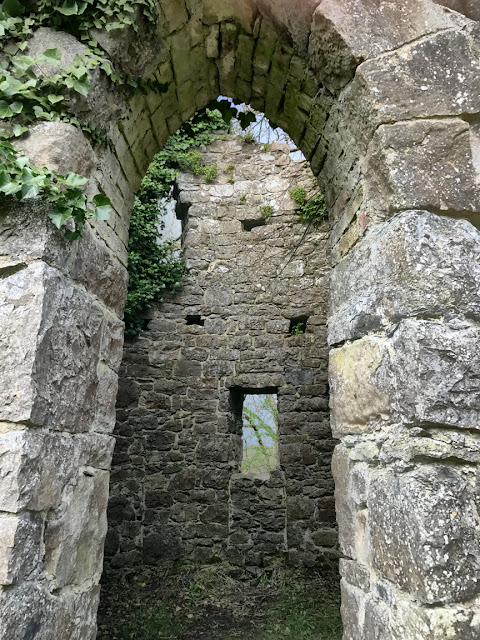 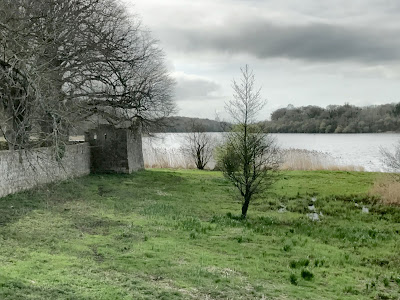 Winding our way south, we stopped on the side of the road at one of three sites believed to be the location of the Battle of Newtownbutler (Barry wrote a series of articles on this conflict). Basically the Jacobites formed up on a hill behind a bog and taunted the Enniskilleners to 'come over and fight'. Turns out the bog wasn't much of an impediment - either the ground was not as poor as believed or they knew a path through. Bottom line - the Jacobites were routed. In any case, this spot fits the description of the field very well. This photo possibly shows the hill where the Jacobites deployed... 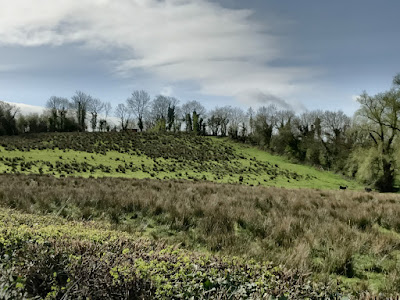 Here is the bog that would lie between the armies... 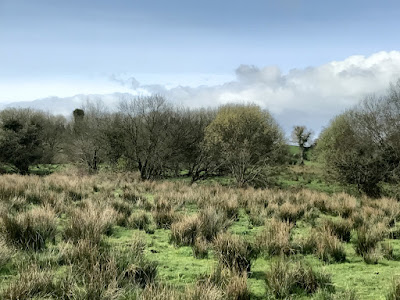 ... and this open ground would be where the Eniskilleners started. 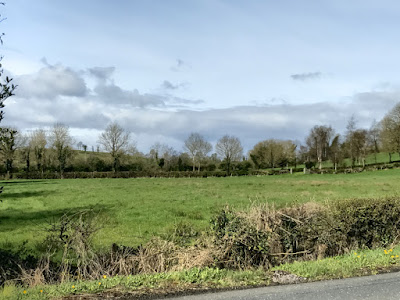 On to Athlone! Ok, somehow I didn't manage to get any pictures of the castle at Athlone. The modern day city is built pretty close to it all the way around. We probably should have popped across the bridge and got pics from the other side, but I didn't think about it at the time, The castle museum was interesting but again I didn't take many photos... well, we did get one... 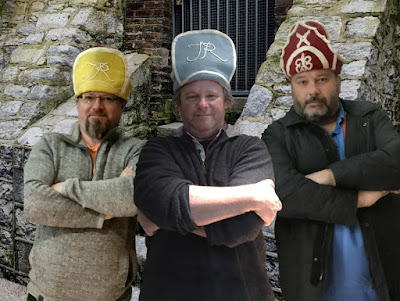 It's easy to see why grenadiers were so feared!

Next time we are off to Aughrim...