by Clarence Harrison April 09, 2018
Clarence Harrison - After deciding no one was going to attempt to follow in the steps of the Dutch Guard and cross the river, we climbed back up onto the road. Walking north we climbed a steep rise and then turned east to walk the area where the Williamite forces advanced. The area was enclosed in a cattle fence, though luckily there were no livestock present that day.

I thought this was a cool bit of detail below. Not that this crag was necessarily present in 1689, but it might have been. I just thought it looked like wargame terrain. 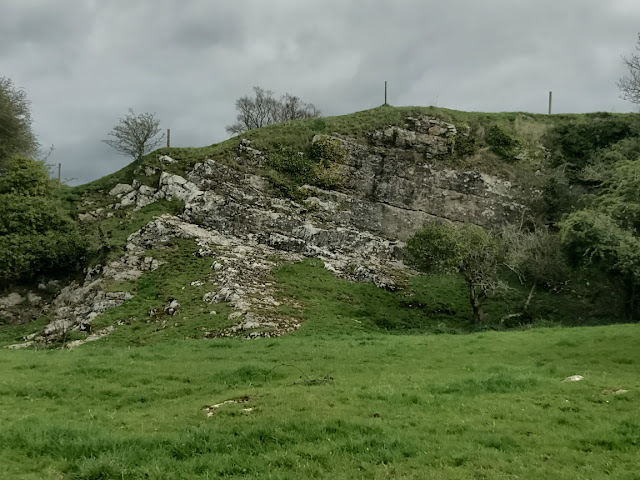 Something that doesn't come out in the photographs is the height of the slopes. Here we see a wee Hilton at the bottom of the hill down which the Williamite infantry would have marched on their way to the crossing. He's probably got a photo of a wee Harrison at the top of the hill.. 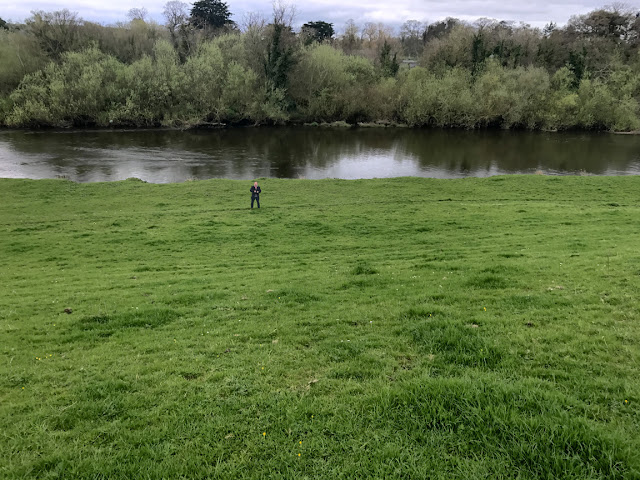 The ridge north of the same position is possibly where some of the Williamite artillery was deployed. 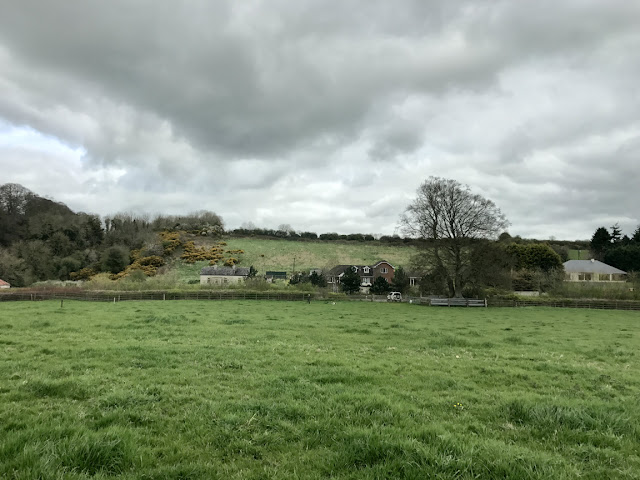 A view east toward Grove Island. Yellow Island lies beyond, though I don't think it was visible in this photo. The islands were probably less heavily forested in 1690 - I believe the troops could see one another across the river. Contemporary drawings only show scattered trees, but you know how those artist types are... 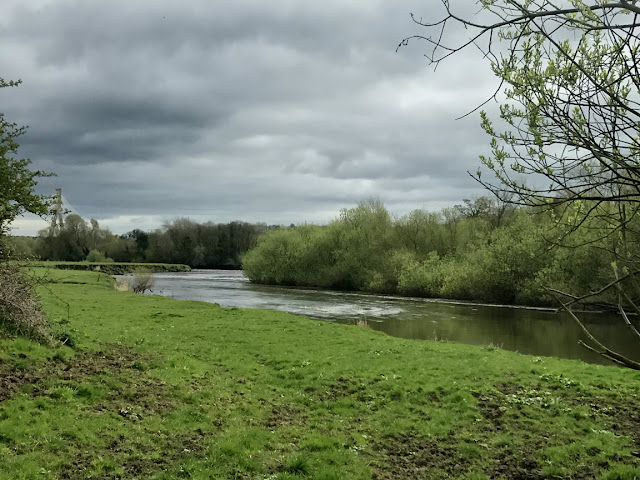 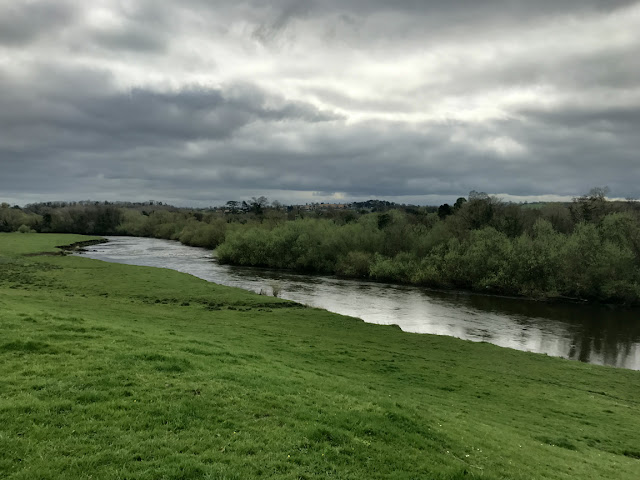 There's a wee Talbot in the distance. This is one of the few photos I managed which shows how steep the slope leading down to the river is. Waaaay back in the distance you can see the support tower of a very modern bridge that spans the Boyne. That is just about where Drybridge is, the site of King William's less than graceful crossing. For those that don't know King William either climbed down from his horse after it got stuck half way across (or was thrown off depending on the account) and nearly drowned. A burly Enskillener carried/pulled the King across - far different than all of those heroic paintings of King Billy prancing across on a white steed... 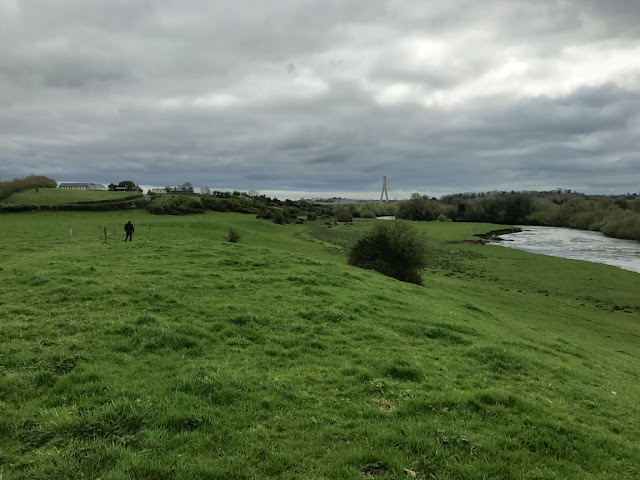 Back on the southern side of the Boyne, this time facing west toward Grove Island... or maybe this was Yellow Island... hey, it's been a year. They were both there, I just don't remember which one this is. 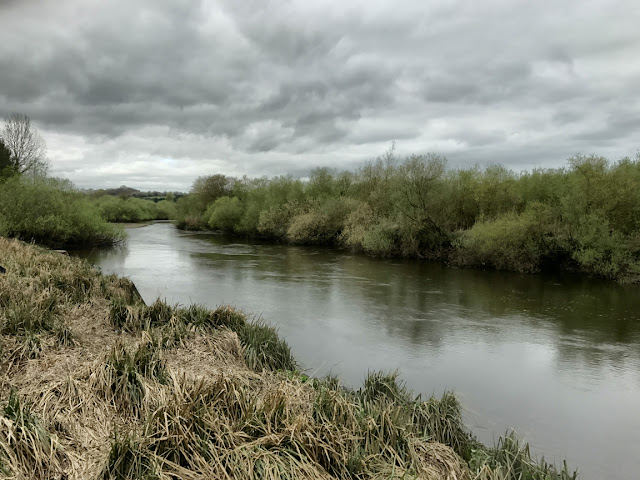 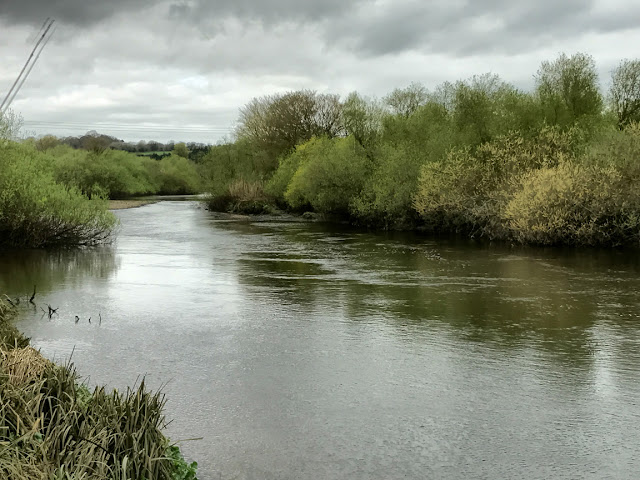 Finally, this is aforementioned Drybridge, or thereabouts. We were in the shadow of that great beast of a new bridge. Again, I tried to get Barry and Bob to recreate this crossing, suggested that Bob would make a better Enskillener which put Barry the role of King... they just weren't going for it... 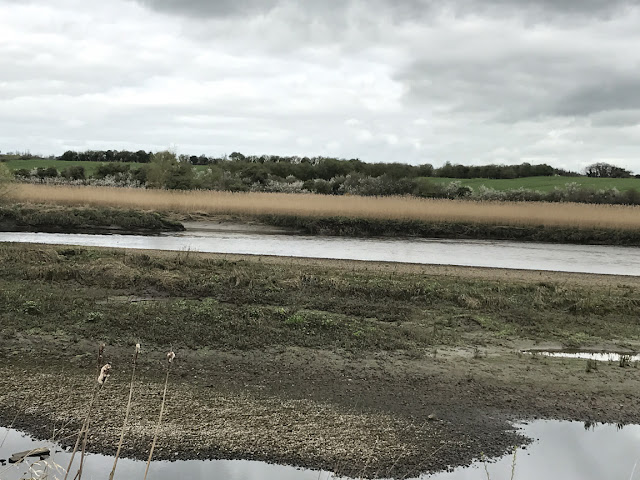