by Clarence Harrison May 06, 2018
Clarence Harrison - After trekking up and down both banks of the Boyne, we set out to find the point where the Jacobites mounted a desperate rear guard in a walled graveyard on the crest of Donore Hill. It's not on the map. We pretty much drove around the hill and tried various sheep tracks (Barry called them roads...) that led in the general direction of the peak. After several wrong turns, Barry stopped to talk to an older gentleman who was out in his yard. He pointed us up the road 'a ways' where there was a sharp bend. A closed iron gate barred a gravel side road. There was no sign for the graveyard, nor was there a 'NO TRESPASSING' sign (in AMerica you might be taking your health in your hands by wandering through a closed gate). Naturally, in the spirit of our fence climbing we opened it and proceeded up the hill. 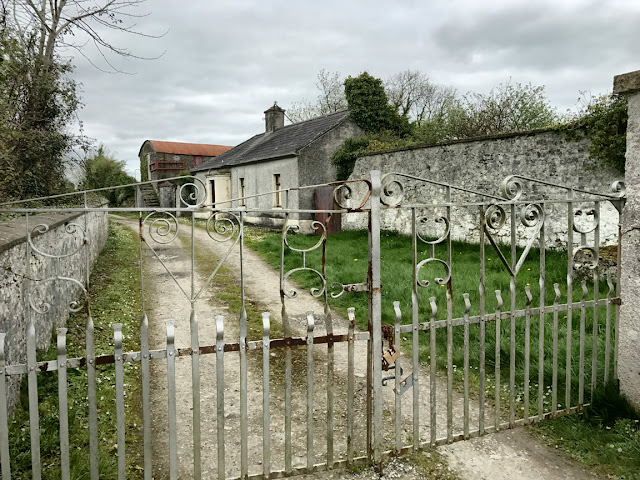 We did indeed find the graveyard. From the crest of the hill, you can see all the way to Oldbridge. 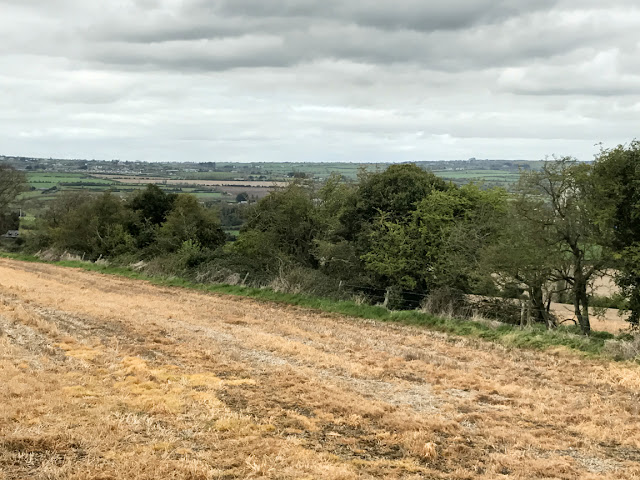 Bob, Barry, and Paul awaiting the Williamite horsemen... The graveyard is actually raised above the crest of the and is surrounded by a stone wall. I always wondered how a graveyard made such a good defensive position, but it makes much more sense to me after walking around it. 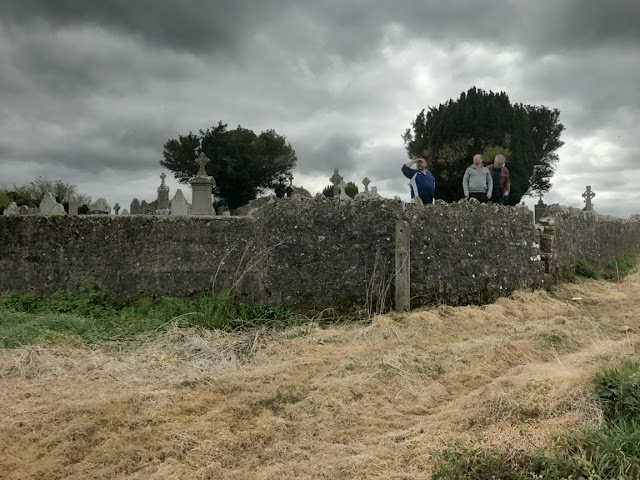 There's that fancy new bridge across the Boyne. There is a steep drop beyond that hedgerow. This probably the direction King William and his troops approached from initially. 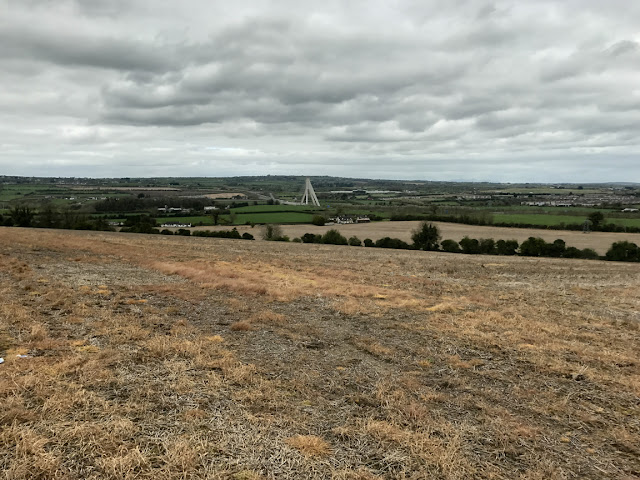 This would have been a formidable obstacle, especially to horse. I love that brooding sky.. 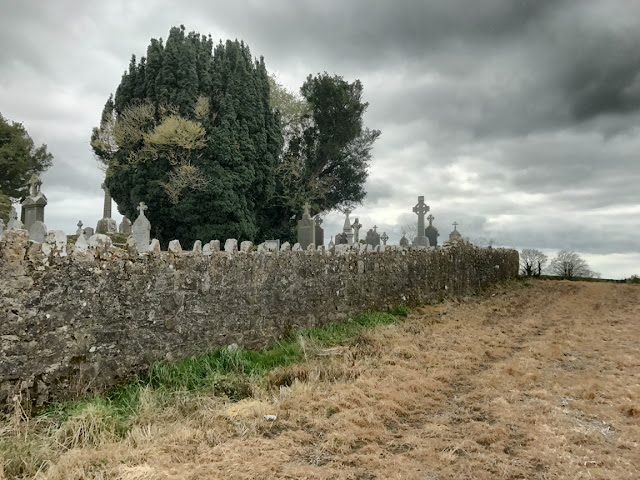 Standing inside the graveyard, looking down on the fields.. 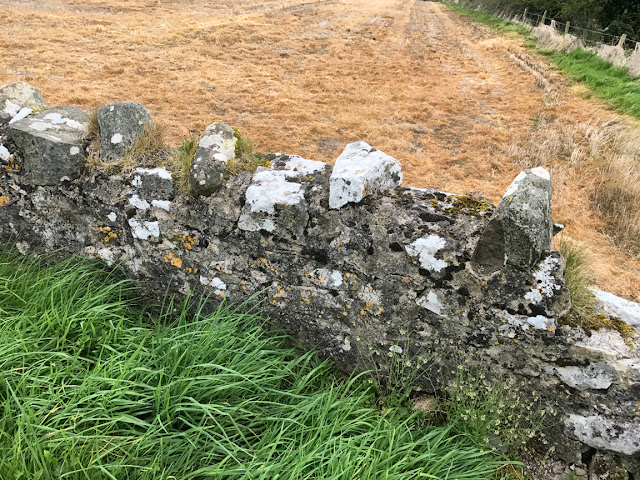 There was the remains of a tiny chapel in the center of the graveyard. 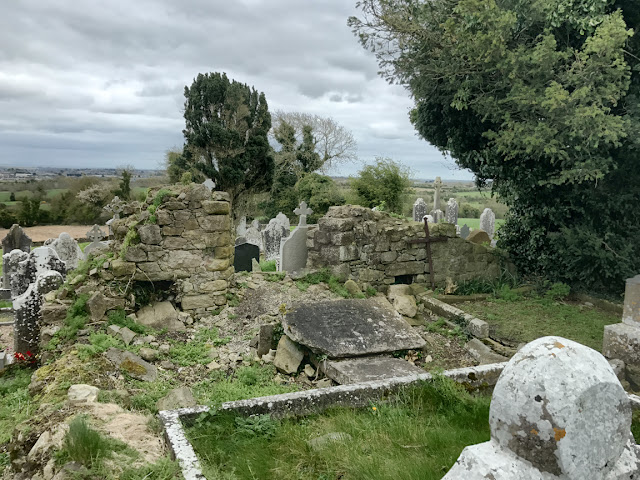 A second stone outbuilding flanked the only gate. It's unclear if this would have been part of the wall in 1690, but it makes a great detail to add when I get around to building a model inspired by Donore Hill (it is now where the caretaker stores his lawnmower)! The road (there's that word again) stretching away behind the jeep leads to the iron gate. 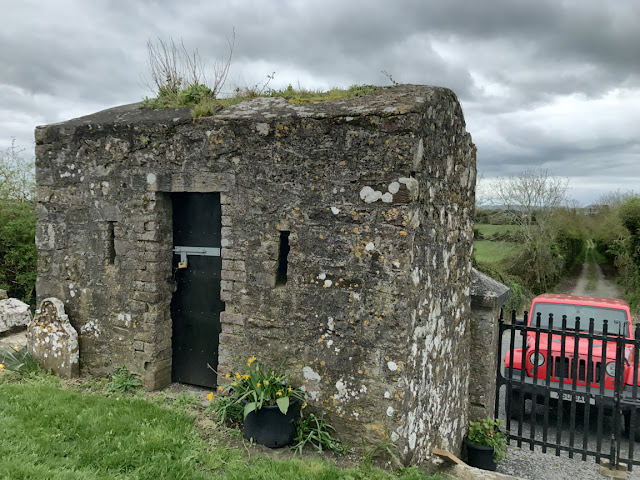 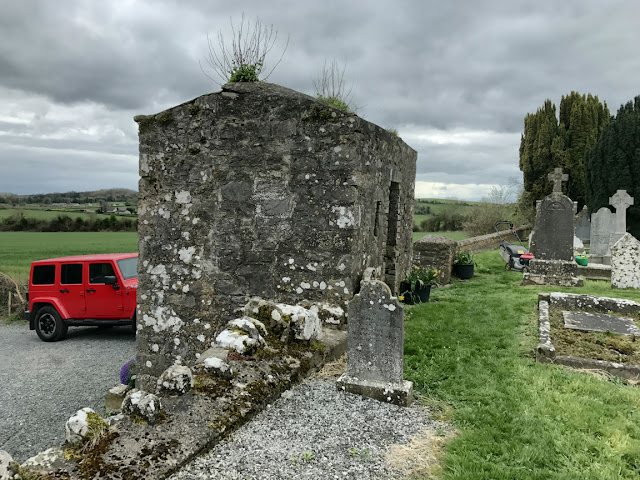 West of the graveyard is an old quarry and the caretaker believed it also might be the site of an unmarked graveyard where criminals, unwed mothers, or others denied burial on consecrated ground were laid to rest. 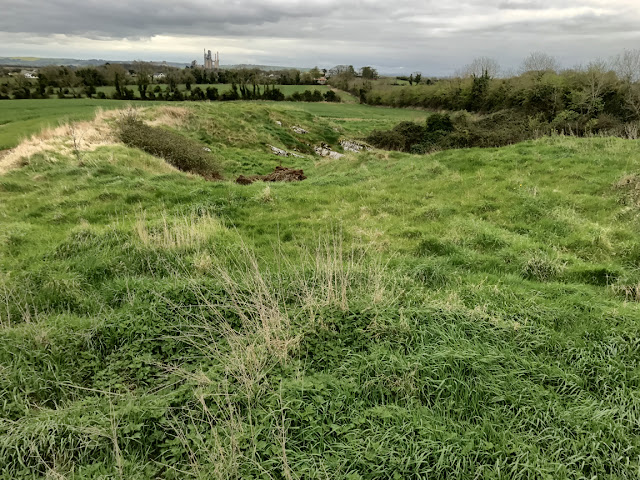 The view to the north.. 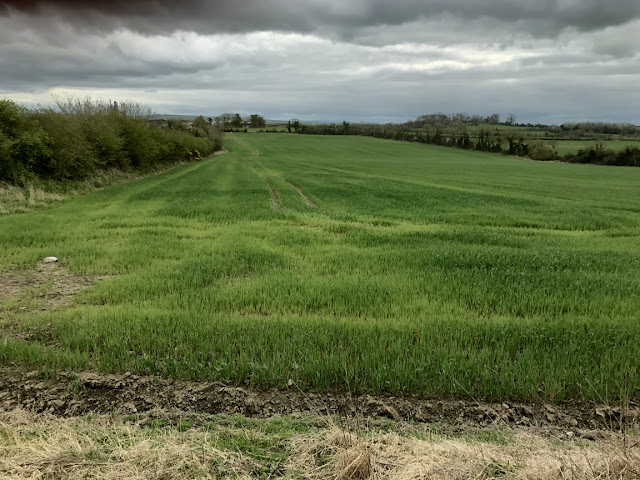 I took two score pics of gravemarkers, but I'll just post the one. Many of these have deteriorated beyond any chance of reading them. 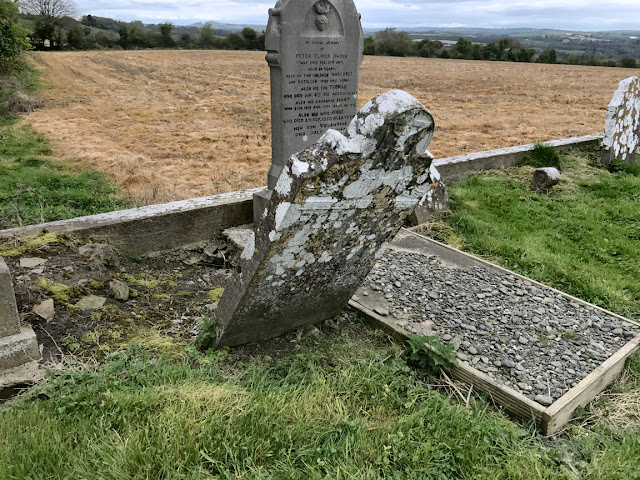 This was a fantastic stop and I'm glad we went looking for it. Between the views and the inspiration for a great model I have yet to build, it was one of the highlights of the trip. Thanks to Paul for taking this pic of the three musketeers.. 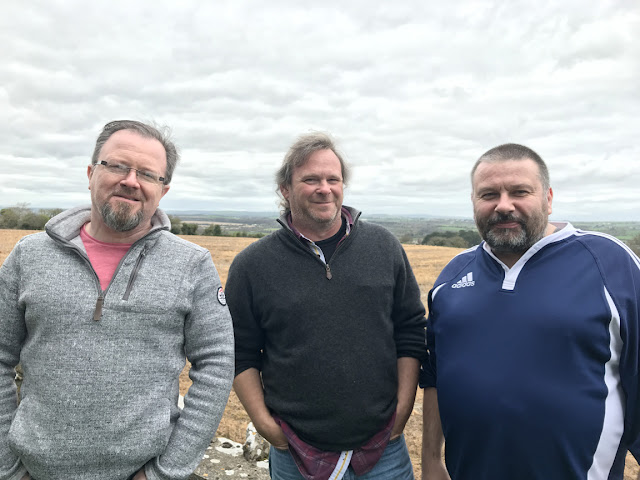