Barry Hilton - This code has proved to be the bestselling infantry code for Warfare Miniatures by a long way. In terms of the sculpting process I am unsure where it sat in the series and it may well not have been the first set of models finished by Clibinarium.

There were some minor modifications made to the masters which I can remember being involved in back in 2010.

The equipment is more modern than the apostle powder tubes carried by many nations consisting of a cartridge pouch slung over the left shoulder. The figures also have a plug bayonet attached to a waist belt on the front left. Each has a small sword.

Interestingly there continues to be hot debate in wargaming circles about the transition from apostles to cartridge pouches. Clearly they co existed with some countries and illustrations showing the pouch arrangement very early. Karoliner the Swedish book about the soldiers of Karl XII shows Swedish and Finnish troops of the Skane Wars 1676-79 using this configuration of equipment. 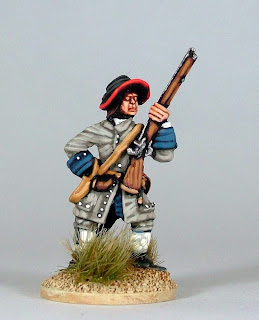 Danish Oldenburg Regt by Pat Connor
In western Europe it may be that some richer or more militarily conscientious colonels equipped their men with more modern style of equipment early. The clothing cut and hats are fairly anonymous allowing these models to be used for almost any nation. I think only more hard core chapters of the Wargames Fashion Police would be concerned about misuse. 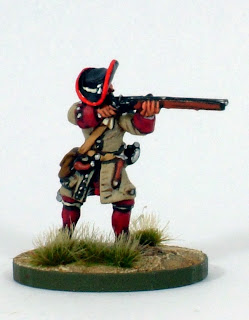 Painted as Danish Regiment Jyske
The poses create an interesting and varied firing line when grouped together. For those more moderately adventurous in your painting and modelling why not try taking a pair of pliers or hard steel tool and bend the had brims into a variety of new shapes? 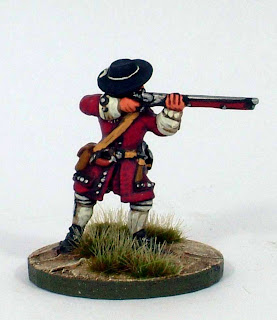 Scots Dutch Brigade: Ramsay's Regiment
﻿
Other things I have done with these chaps over the years are to shave off sock ties and paint their legs in a flesh colour to signify poorer troops or those serving in the tropics. I have also shaved off the bayonet with a scalpel, added field signs such as paper scraps to their hat bands and converted some by cutting off the hat brims and replacing them with Scots bonnets. These are great for all sorts of shenanigans with the Scots in the British Isles and abroad. 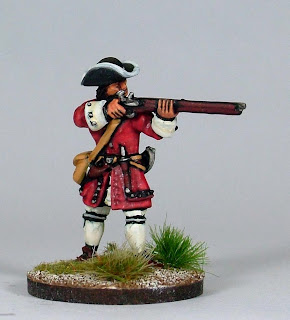 I have seen some fantastic use of this set. WLOA1 Musketeer firing line 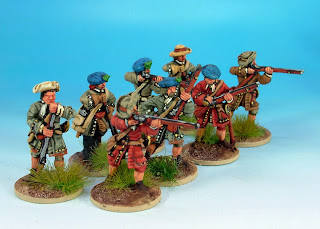 Five of the eight models here are from WLOA1
Clarence Harrison - Barry asked me to chime in on this series with some of my units. Obviously there are models mixed in the units from other packs, but the core of each battalion is made up of models from WLOA1.