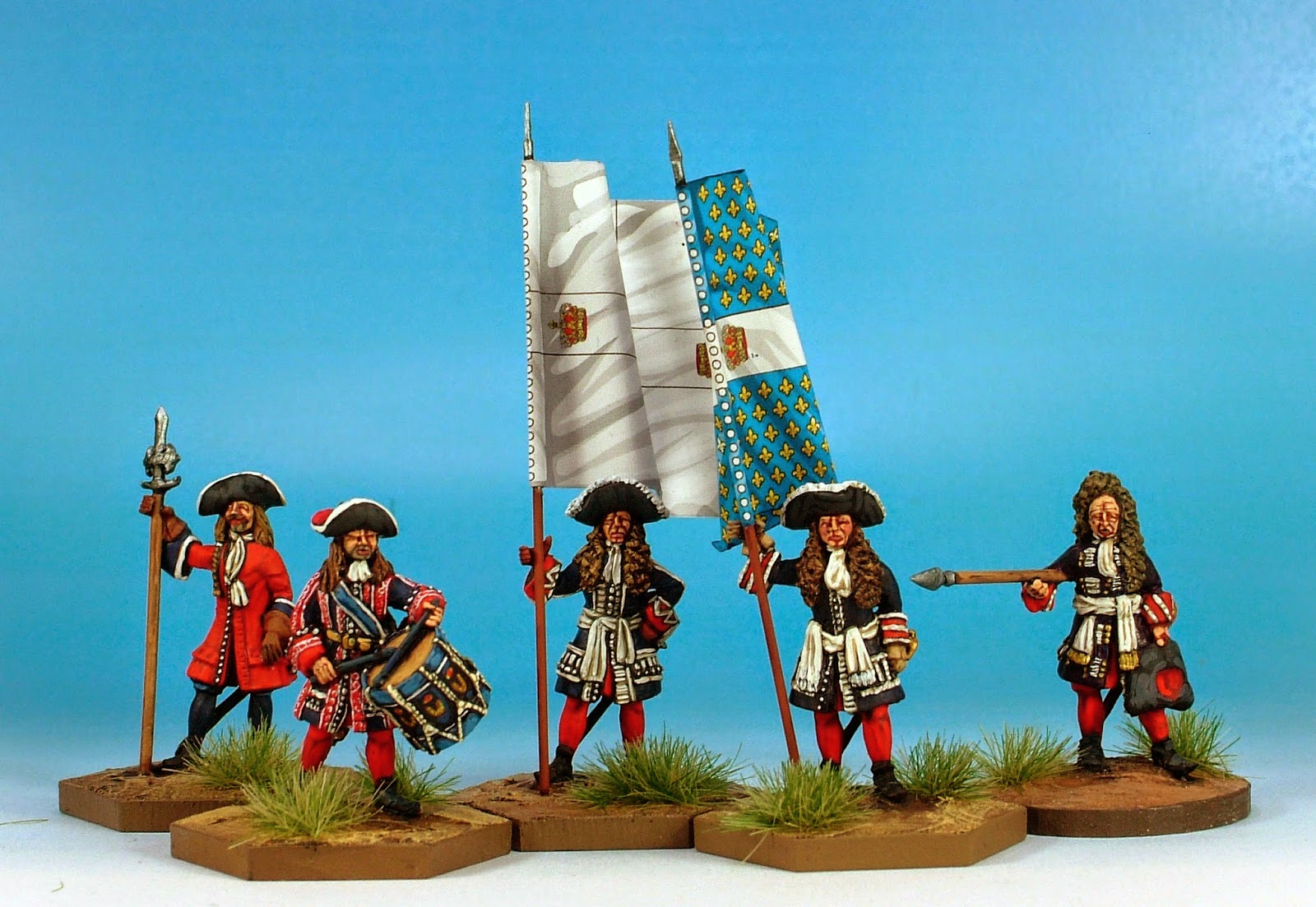 This code is special. The Gardes Francaises are the premier infantry formation of the period and their Command pack was always going to require special attention. 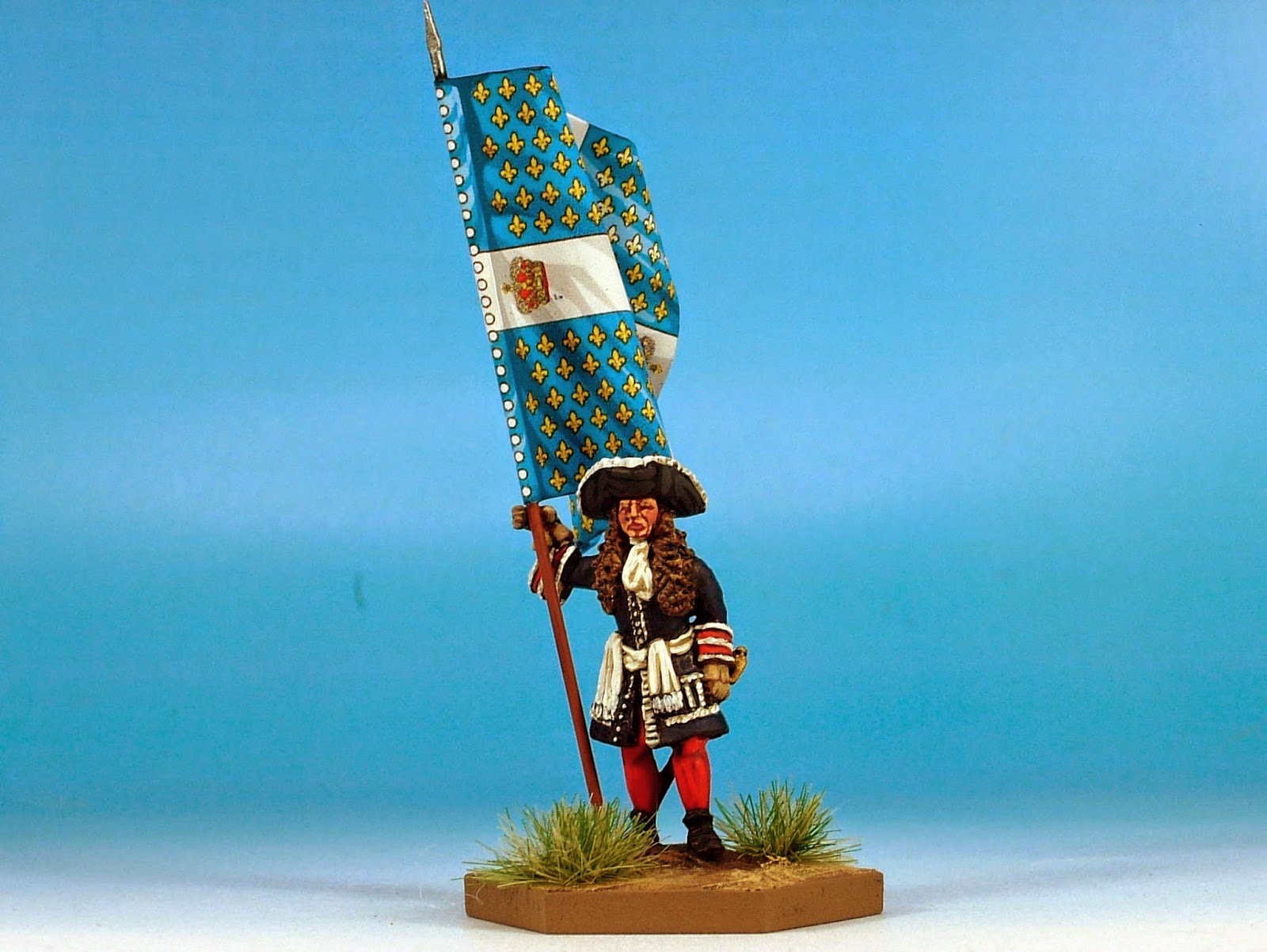 Of course the pack can be used for the Gardes Suisses and I would say you'd be on fairly safe ground using them for any French infantry unit of the period. 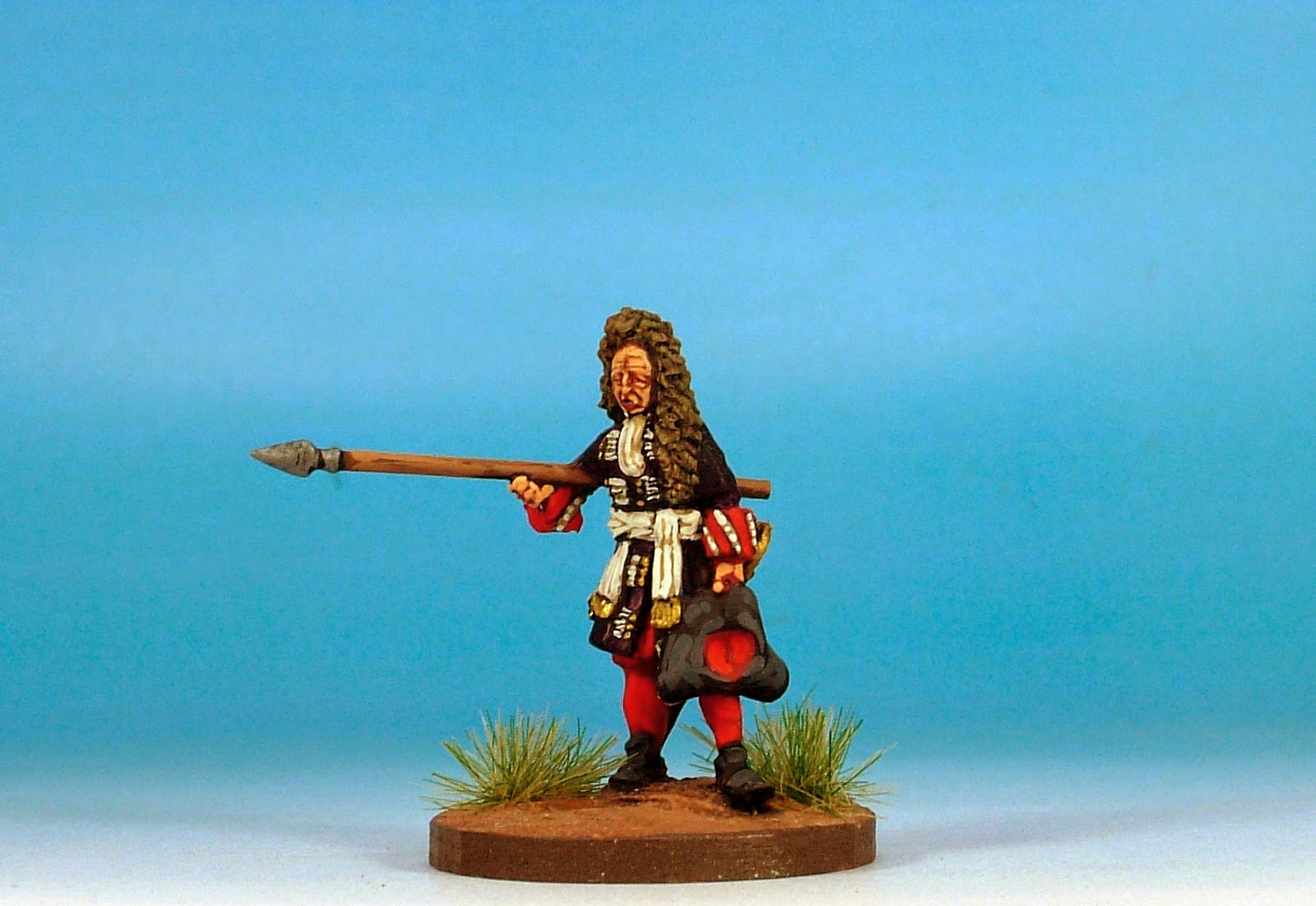 The senior officer is extremely elegant and has a haughty and superior air about him.
Clibanarium was really hitting his stride when he sculpted these chaps. All are outstanding. The officers/ensigns are richly attired with voluminous periwigs and elegantly tied sashes. The cuff detail is exquisite and accurate according to the Giffart plates. 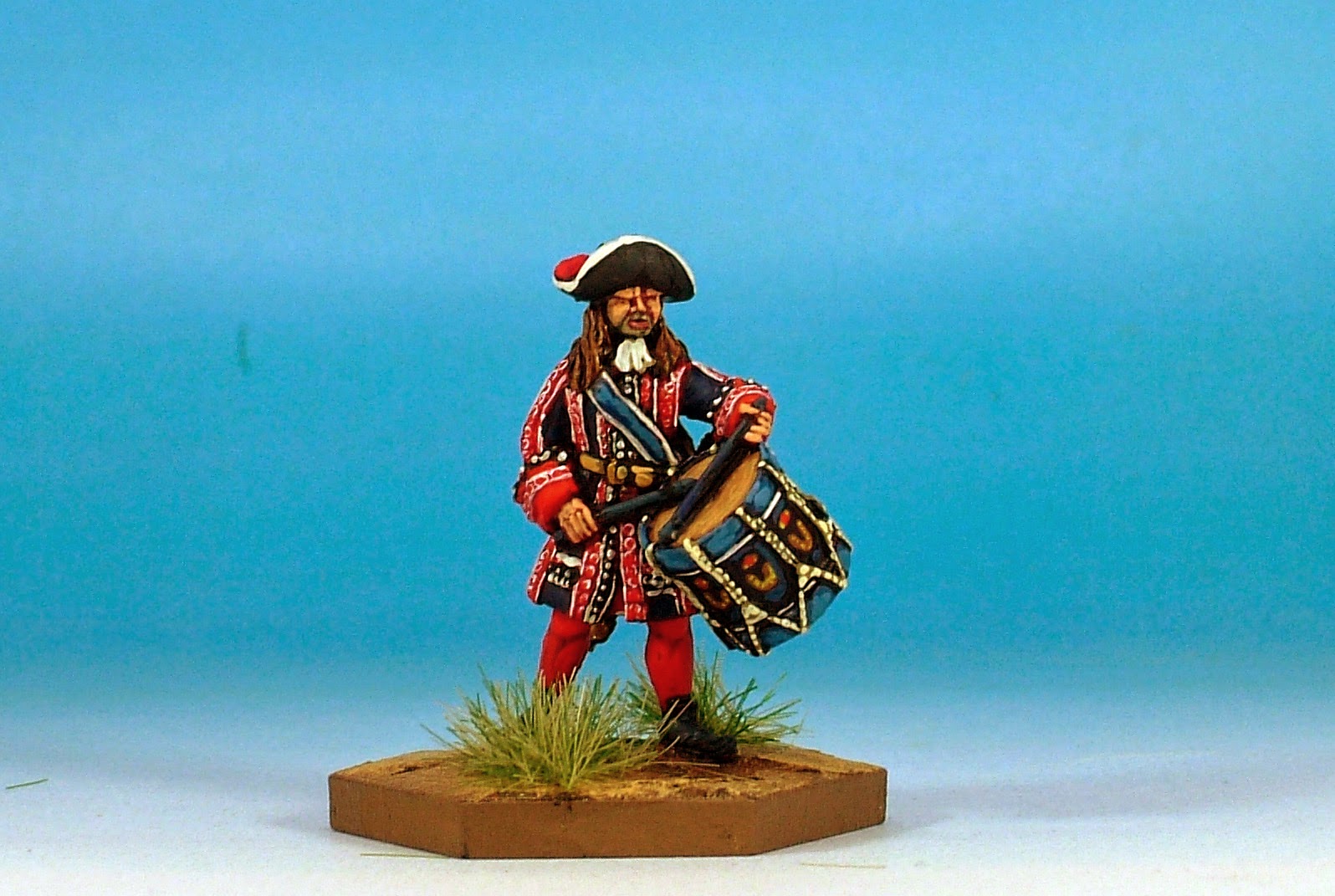 The drummer's coat has intricate detail in the Livree du Roi style and a grand sized drum. My own personal favourite figure is the sergeant. His uniform is relatively plain. His hat is enormous as are his cuffs. 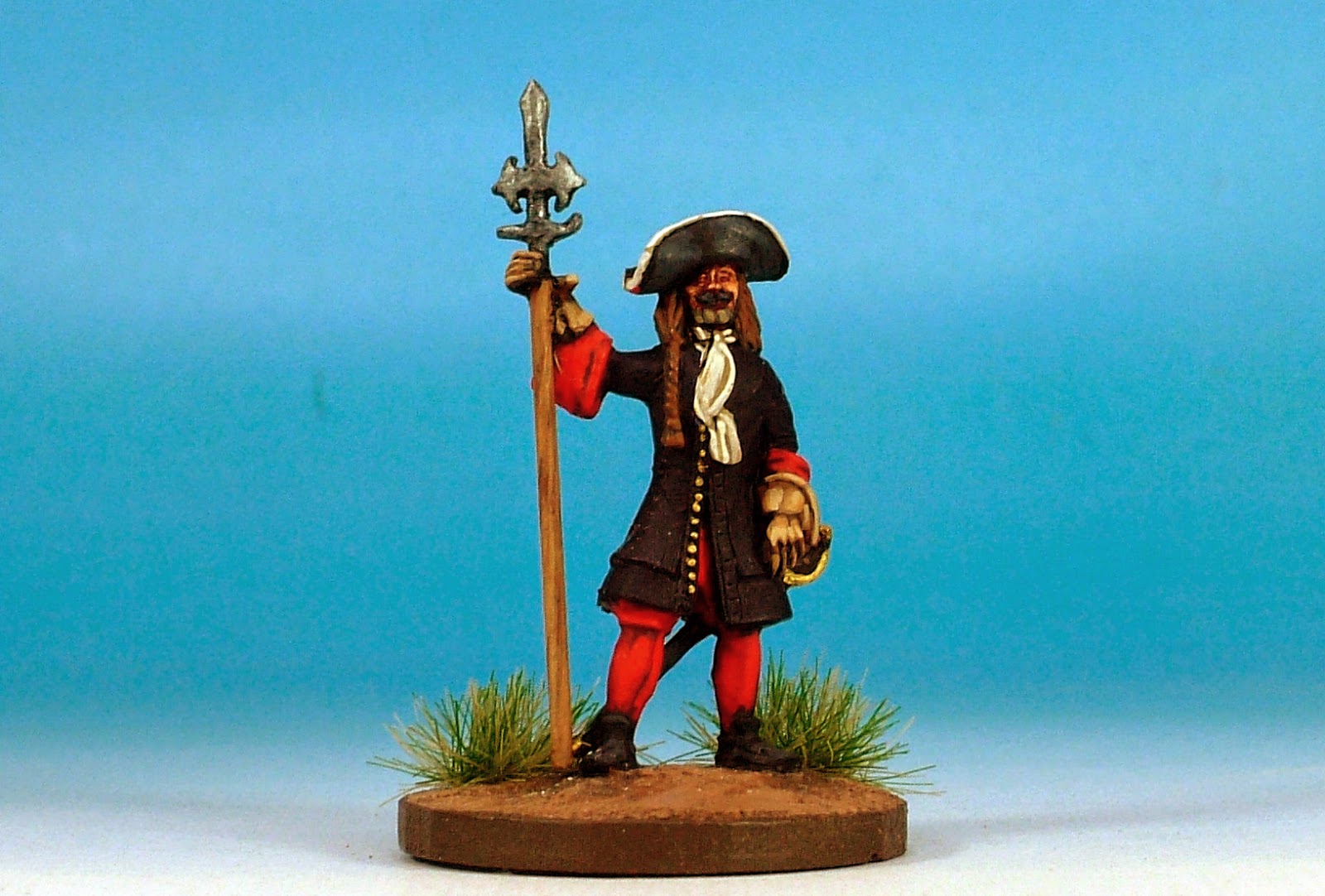 The facial expression, plaited hair and handlebar moustache really finish him off. The stance is very natural and confident. He looks every inch a veteran of an elite unit. 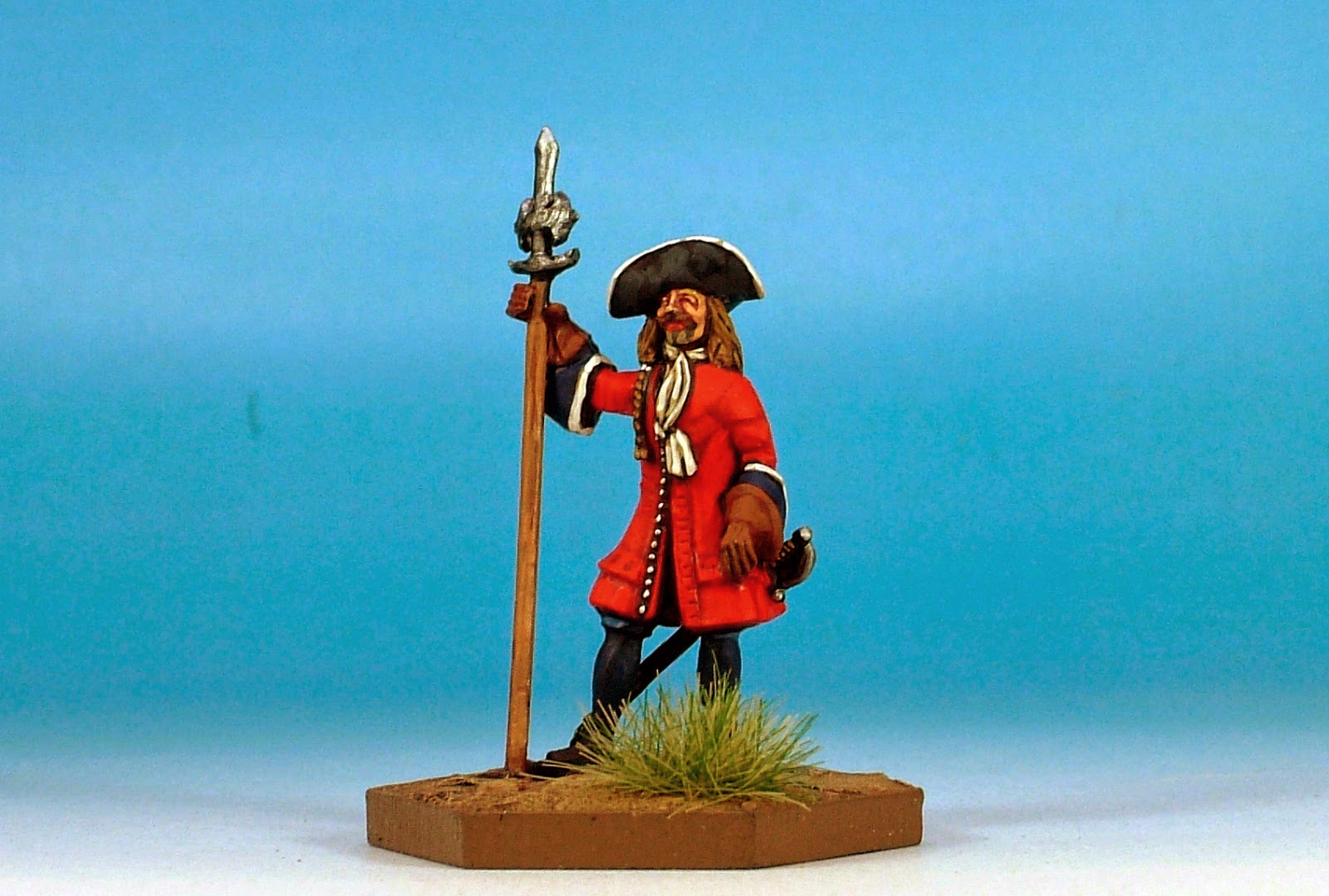 Painting this pack was a real pleasure, particularly the sergeant. I have used 30mm versions of the Quindia Gardes Francaises standards as these show off the models best in the shop gallery by not dominating the shot. 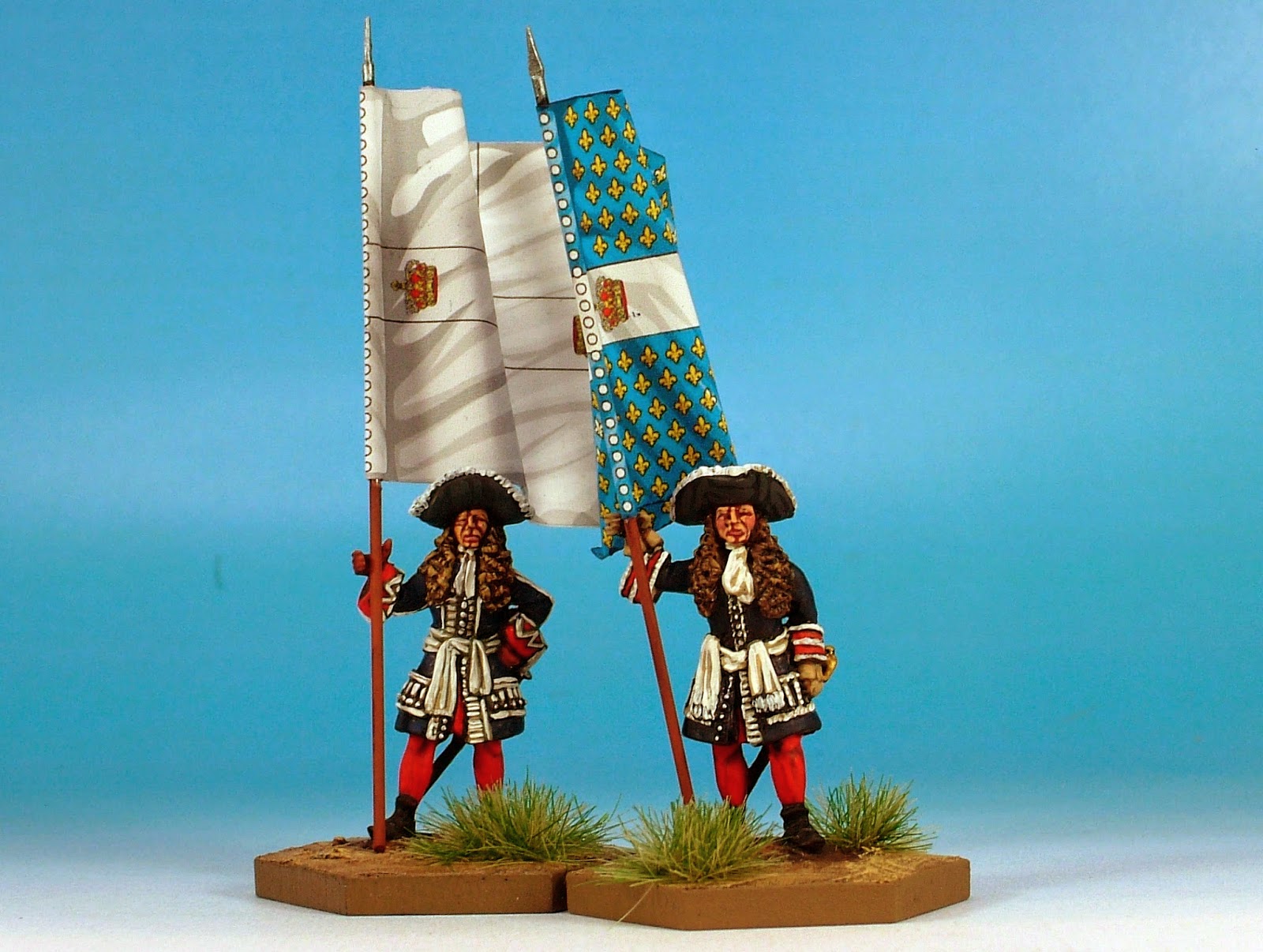 The pictures speak for themselves. 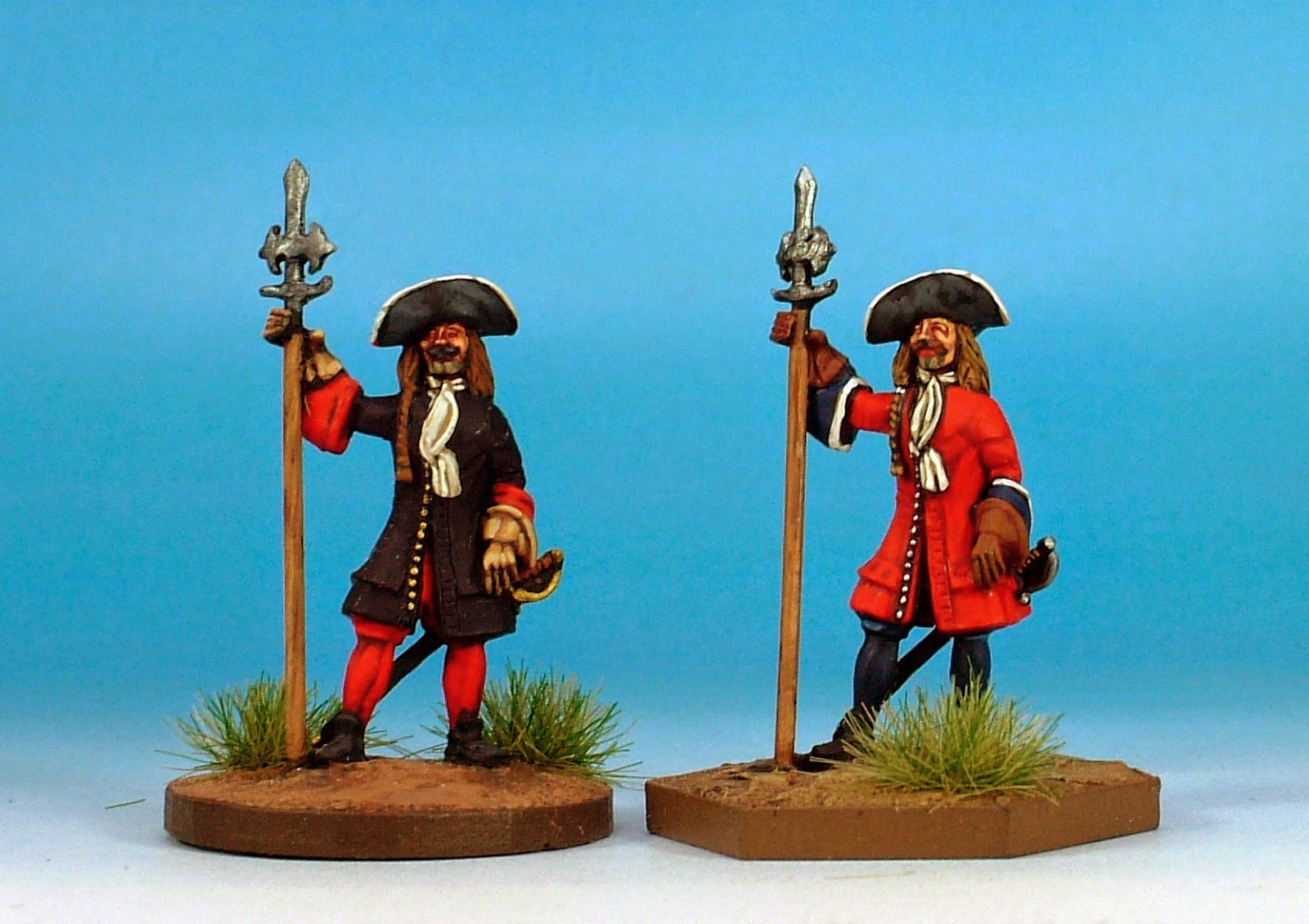