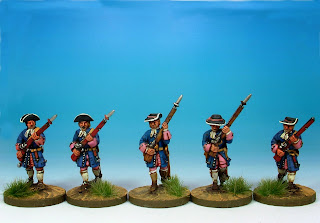 WLOA4 Musketeers advancing  is another of the most popular Warfare codes.  The aggressive nature of the poses allows an exciting mix to be created when basing up these miniatures in units. 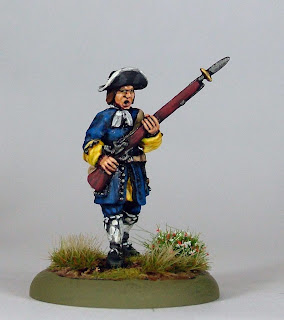 Painted as Lutterell's Regiment by the late Spencer Warner.
﻿
Four body dollies were used as the basis for this code. The models come with plug bayonet attached to the model but these can be removed easily with a craft knife. 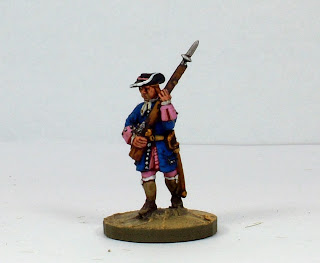 This pose contrasts well with the others. 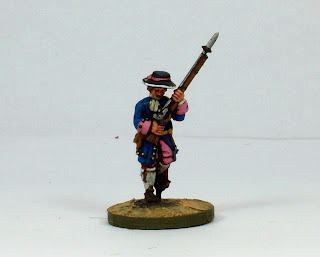 This dolly is used once in the set but appears elsewhere in the range.
﻿
One of my personal favourite sculpts from the early codes is part of this set. The chap second from the left in the shot at the top of the page captures perfectly the aggressive look of a soldier going into the  thick of it. With mouth open perhaps singing, shouting encouragement to his friends or hurling insults at the enemy he looks the business. He may even be praying for deliverance! 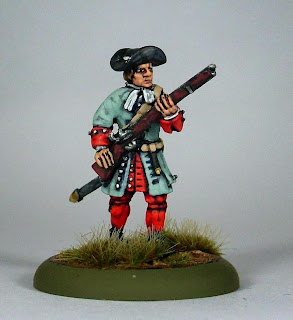 Swedish Vastmanland Regiment  from the Skane Wars period by Spencer Warner.
The last of the five options in the code is the striding model below who appears to be moving forward with intent! 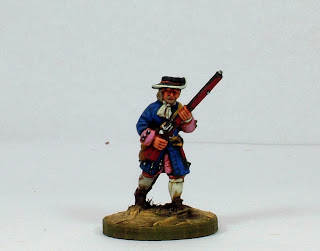 To create a flavour for how units based around code WLOA4 Musketeers advancing look, here are a variety of shots of finished battalions by various painters. 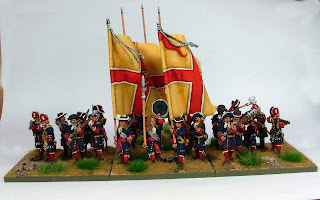 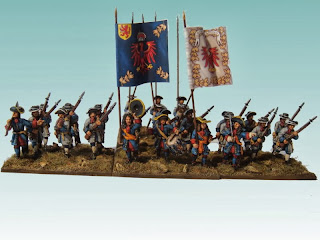 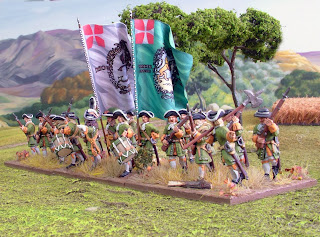 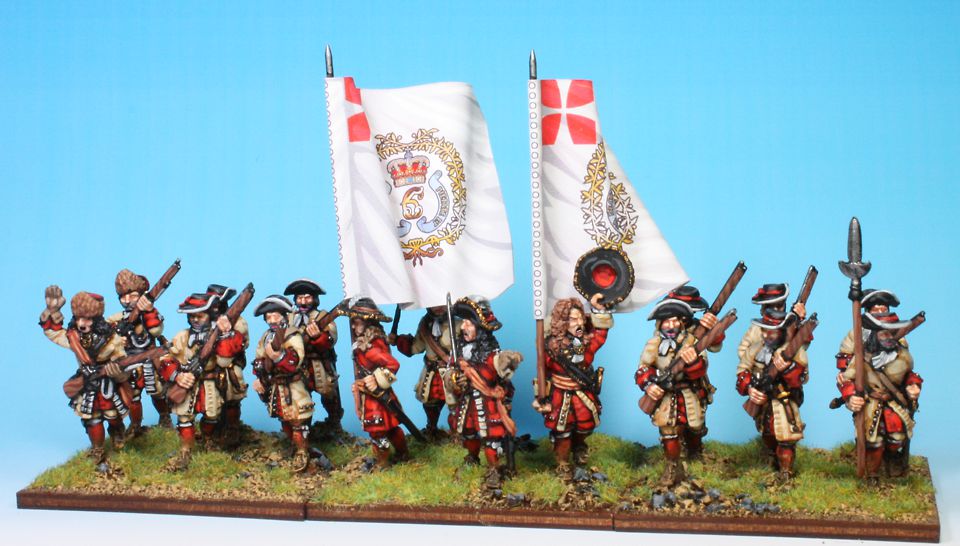 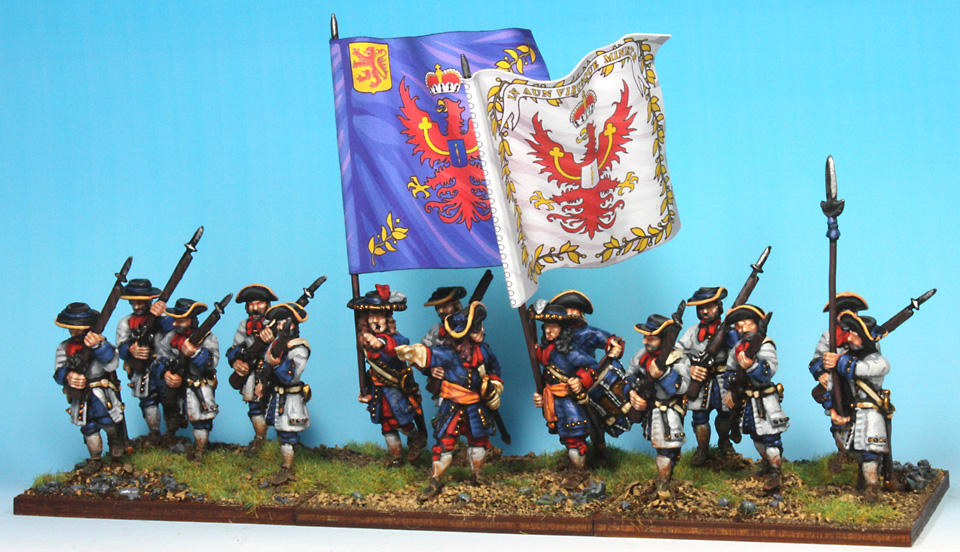