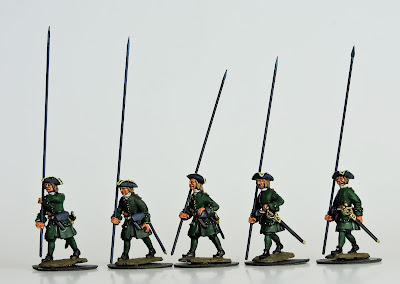 R13 is the pike code complimentary to R12 (Musketeers) and R14 (Command).  I am super happy about how this code turned out too. Again it is based on two body dollies with five head variants atop. 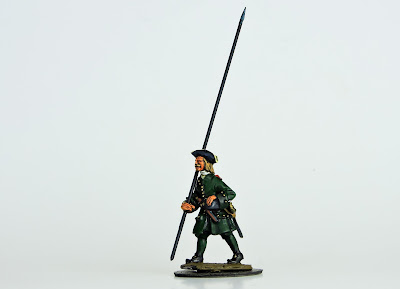 The pistol tucked in behind the belly box is a nice touch on all figures. 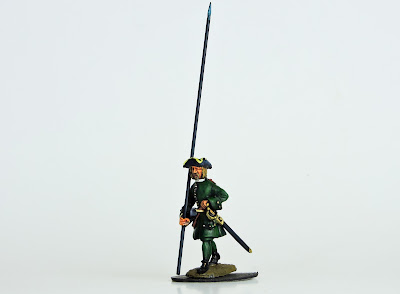 Some (but very few) customers have been a little unhappy about the 'solid' hands for pikemen and officers in the Russian range. We learned well from our experiences with the Swedes and earlier Warfare models. 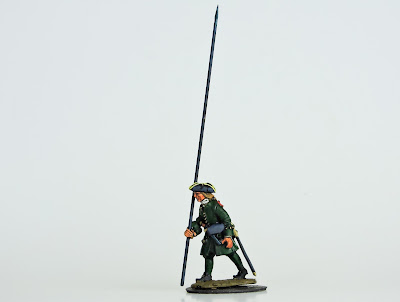 Pinging pikes and the associated superglue carbuncles, repaint jobs and damaged bases were enough to convince me that solid hands and a £5 pin drill means I need never ping-a-pike ever again. 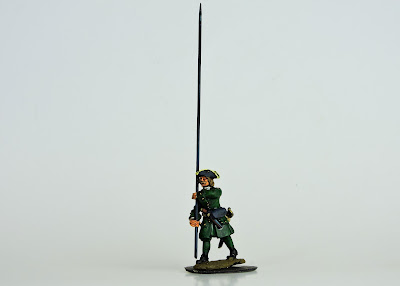 Pin drill sales may be up but pinged pikes are on the wane! 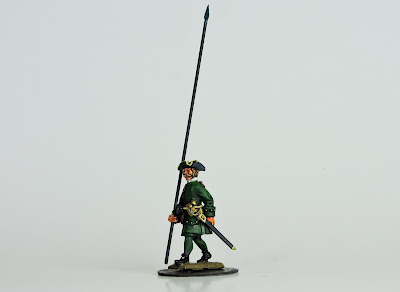