We are looking forward to SALUTE 2018 where Warfare Miniautes will have its own stand TB21.

You will we hope, be able to find Toggy and I as we have a BLOODY BIG BANNER with the cover of The War of Three Kings on it!


For the first 10 purchases of the book we are giving away a free General/Personality model which could be William of Orange or a Jacobite General.


On the day we will be trading the following products: 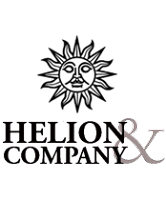 That sounds like we don't care about the figure range but the really good news is the entire range is being carried at SALUTE by Helion who are our new show agents for the UK and Europe and handling all figure sales on the circuit from now on.

We are delighted to be working in partnership with Helion, a company of repute who really care about the 17th century (like us!)

Any figure pre-orders placed before April 6th we'll offer a discount of 10% on and you can pick them up from us at the stand (reason for the deadline is I need to pack 'em before Saturday as I will be away on biz until the show). What to do is: email me on wordtwister@hotmail.co.uk and let me know what you need, I'll send a paypal invoice less the 10% discount and we're good.


We're not sure exactly where Helion will be but hopefully somewhere close by us.