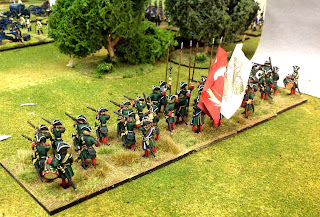 Jim Purky is doing some sterling work with our new GNW figures right now. We've already seen his Swedes and now Jim has just sent me some wonderful pictures of his Russians. 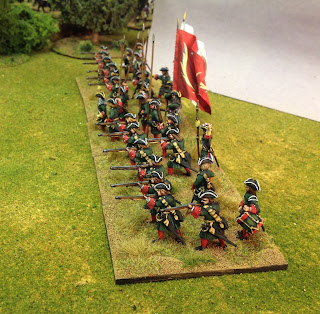 Again he has gone for big units and the 3 deep 'illusion' which works very well on this spacing and depth of base. 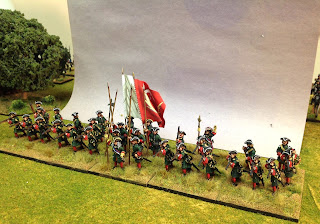 The mixture of poses has given a very realistic look to the unit. although I often favour a closer spacing between musketeers purely to create little vignettes, Jim's excellent arrangement is possibly more visually accurate as the musketeers would have stood a little further apart from each other during this period.

Nice colours on the uniforms and all set off beautifully with the Quindia standard in rich red. 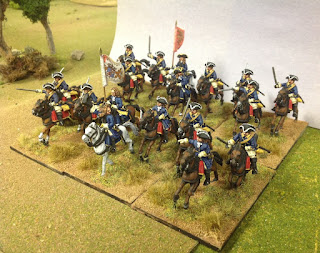