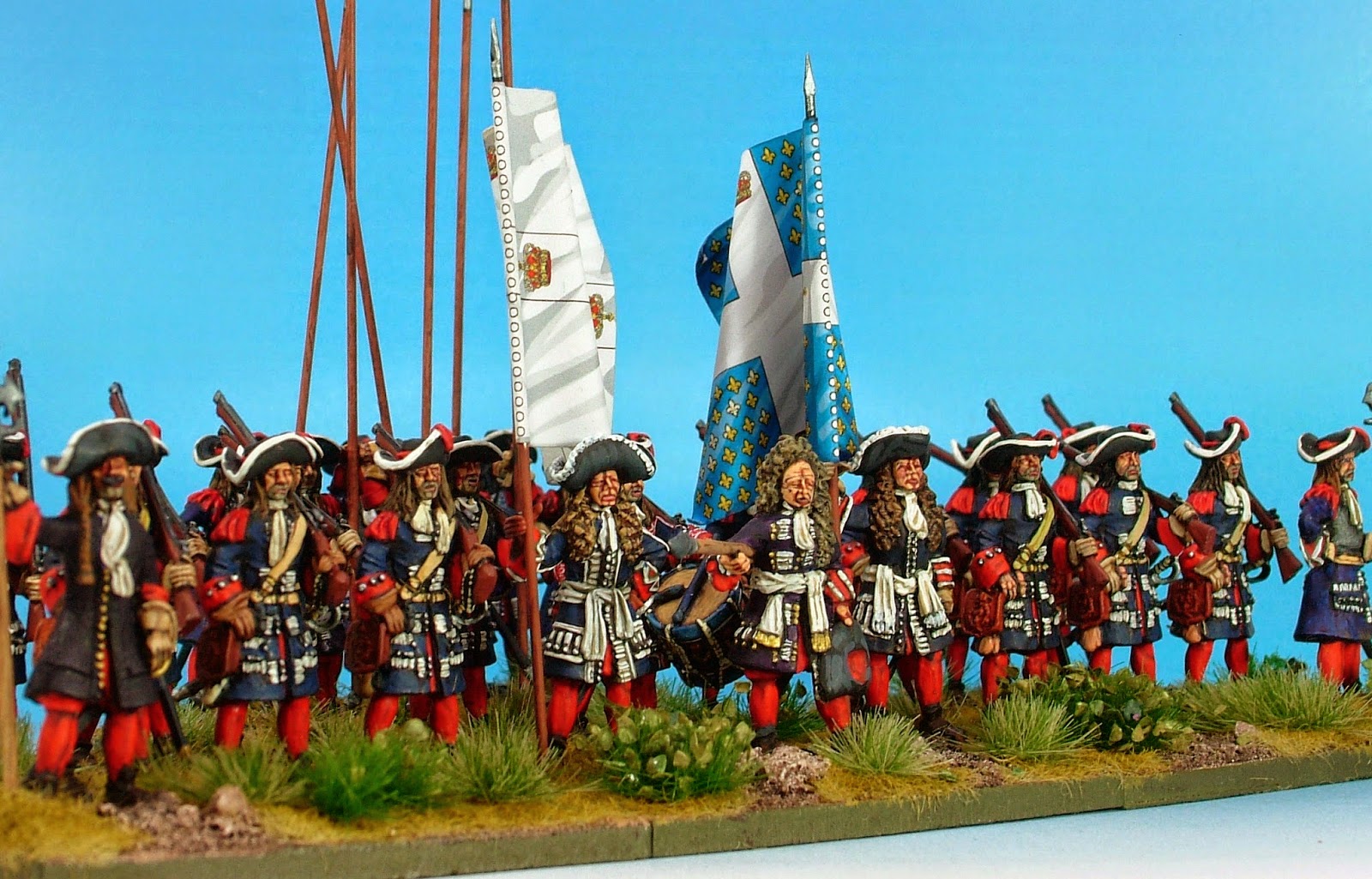 Having failed to paint more than eight figures for the famous Gardes Francaises in nearly eight months I changed tack to paint a further 19 in a week. 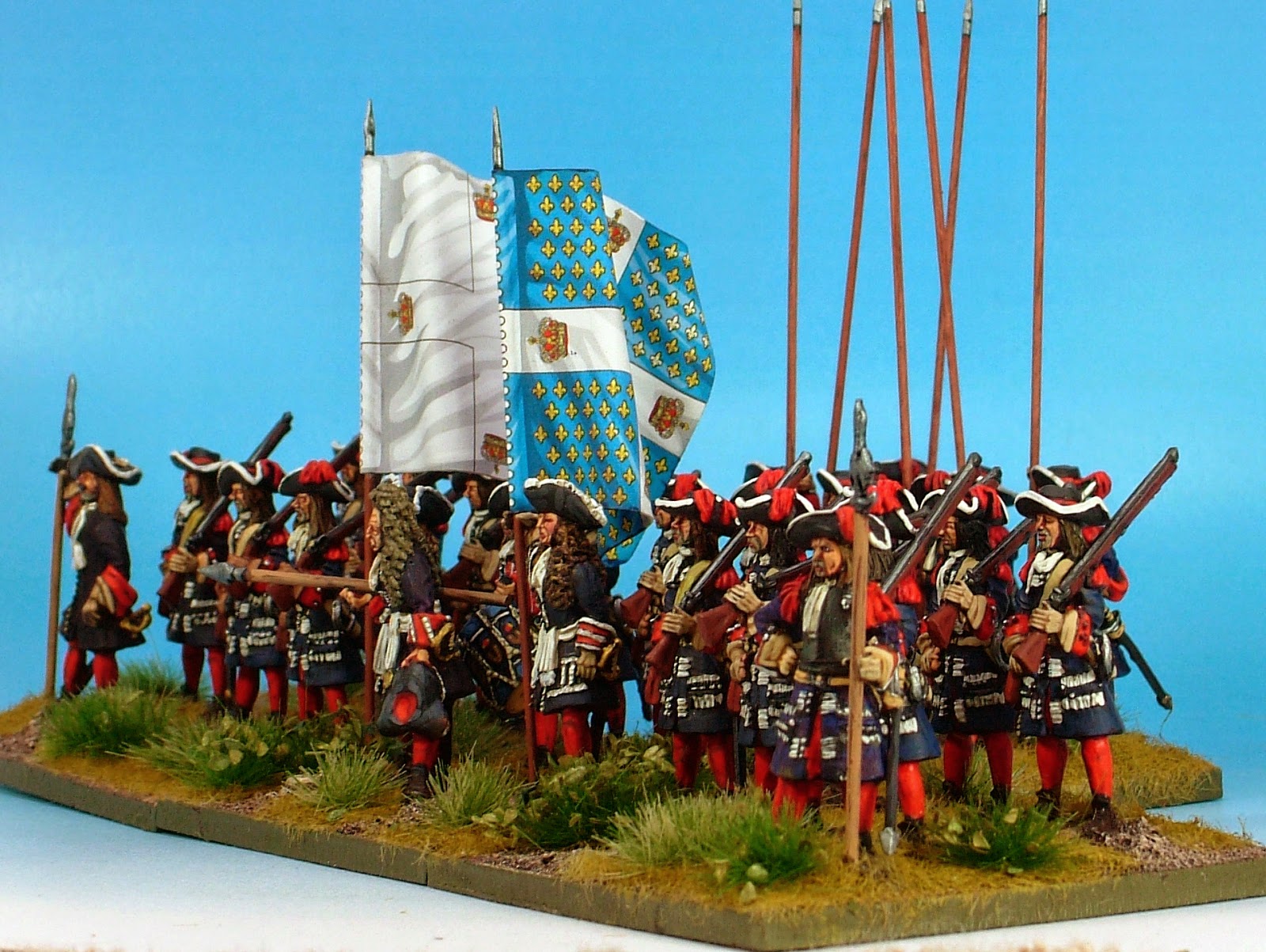 The short term incentive was to have a battalion ready to display at SALUTE 2014 whilst the medium term objective was to prepare the centrepiece for a Neerwinden game we are taking out on the show circuit in May. 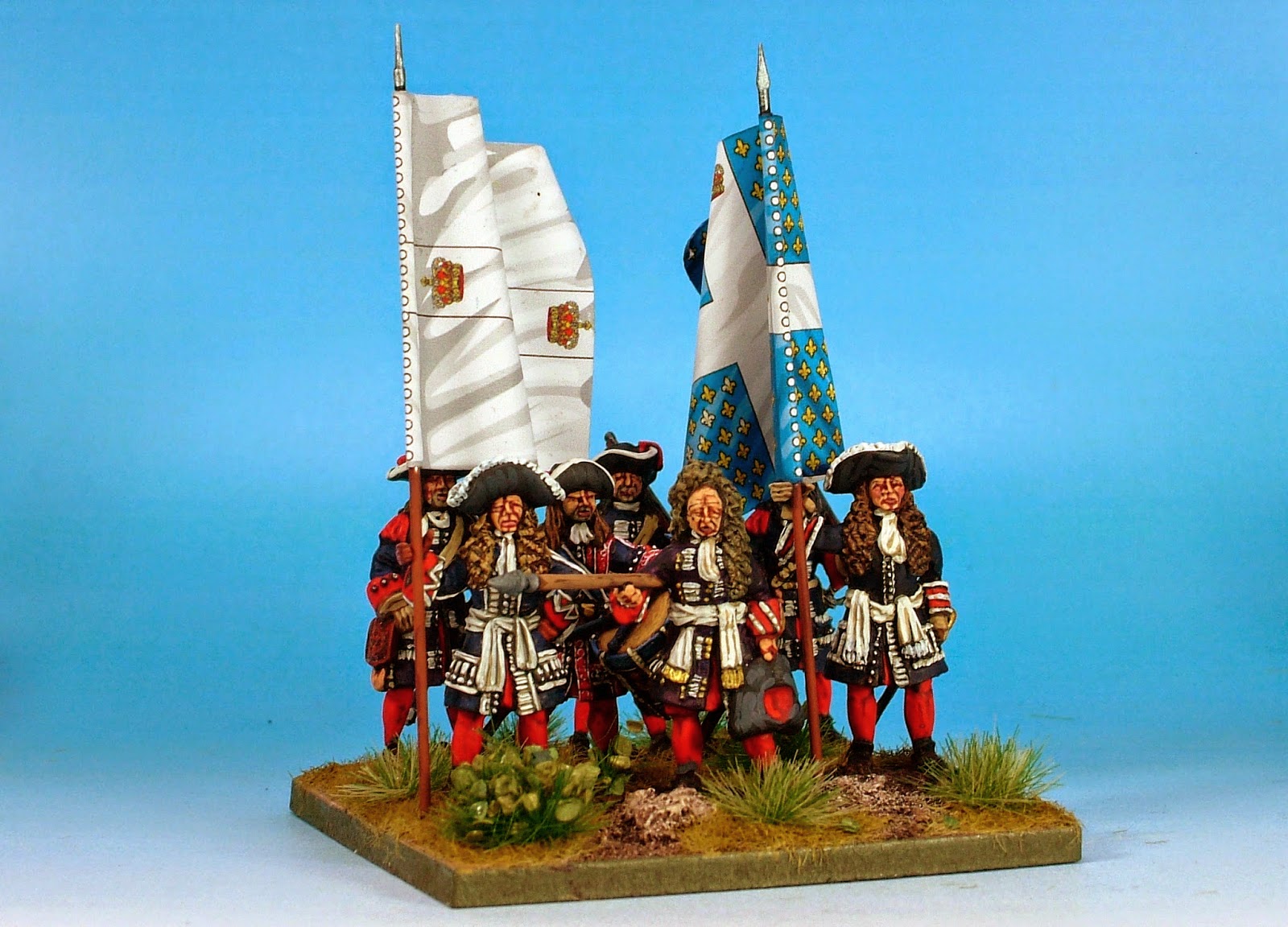 I wanted the unit to look powerful and large and chose to add extra models to each base. The three musketeer stands all have 7 models whilst the pike stand had 6 models. 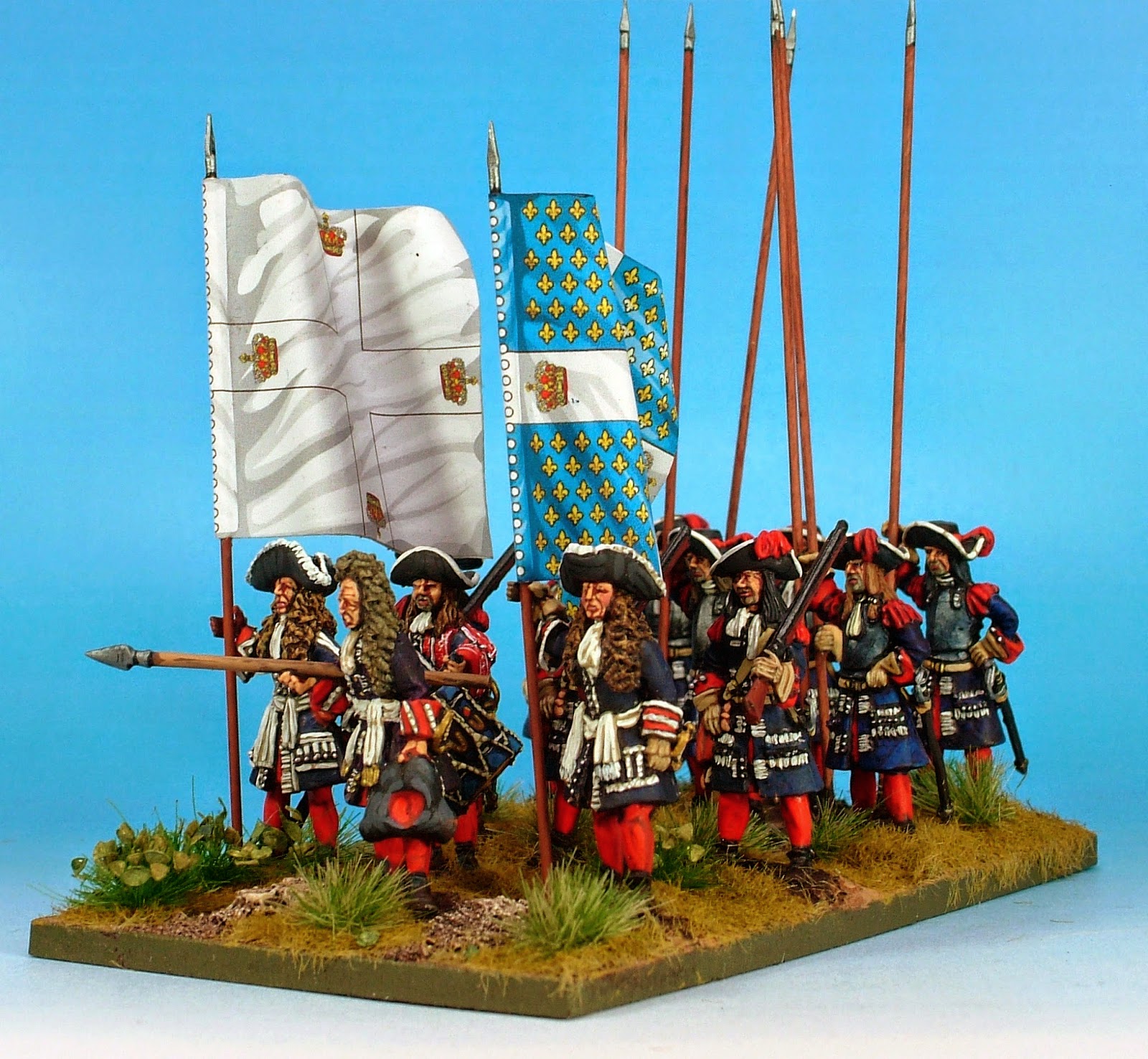 I used a pikeman as an additional sergeant on one of the musketeer stands. Very unusually for me I used 30mm x 30mm standards for these shots. The reason was simple. 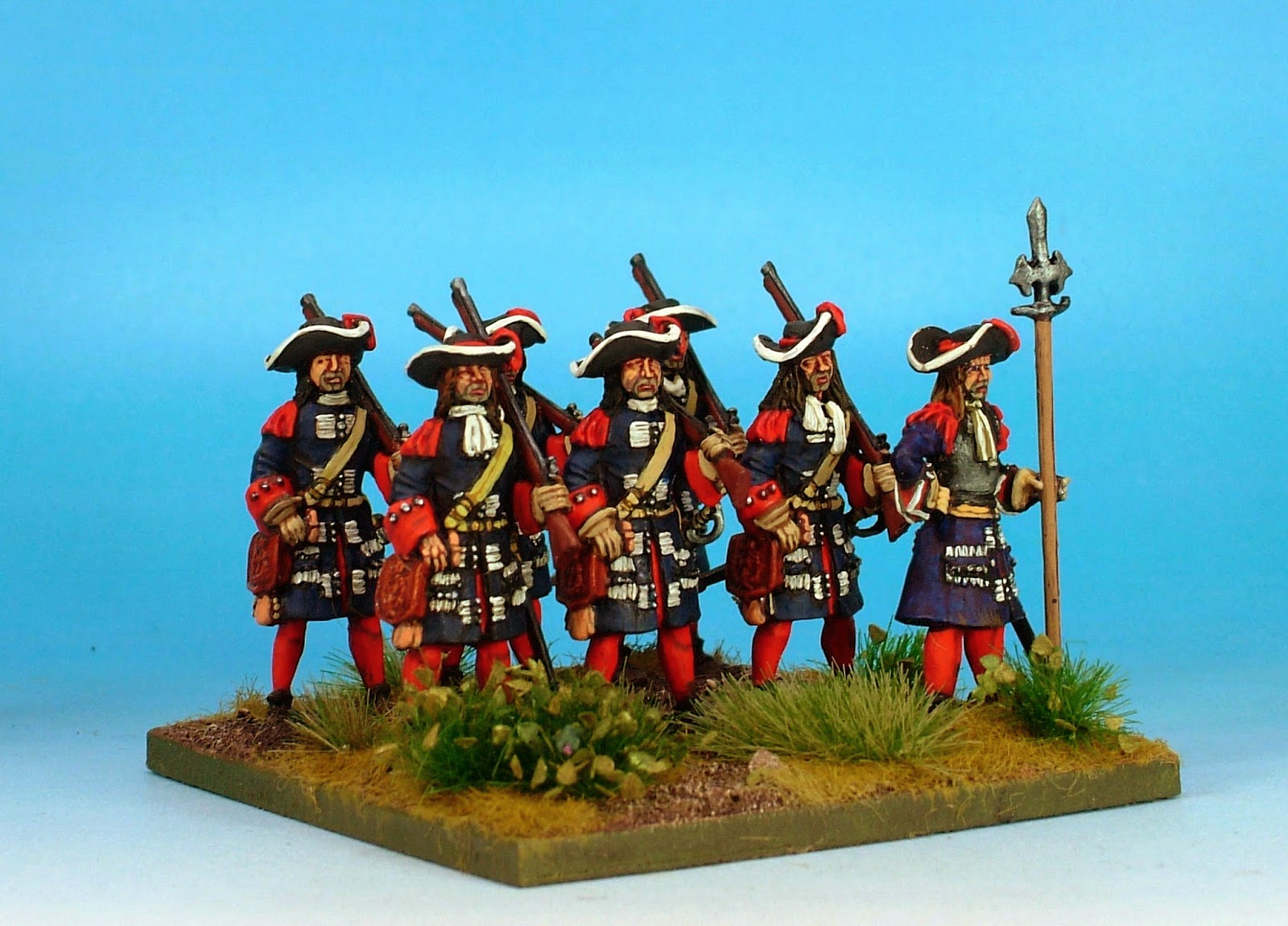 For the gallery shots in the Warfare shop I didn't want the standards to overpower the individual command models(WLOA154). Having prepared the smaller standards it was an nice experiment to shoot the unit with the smaller sized standards. 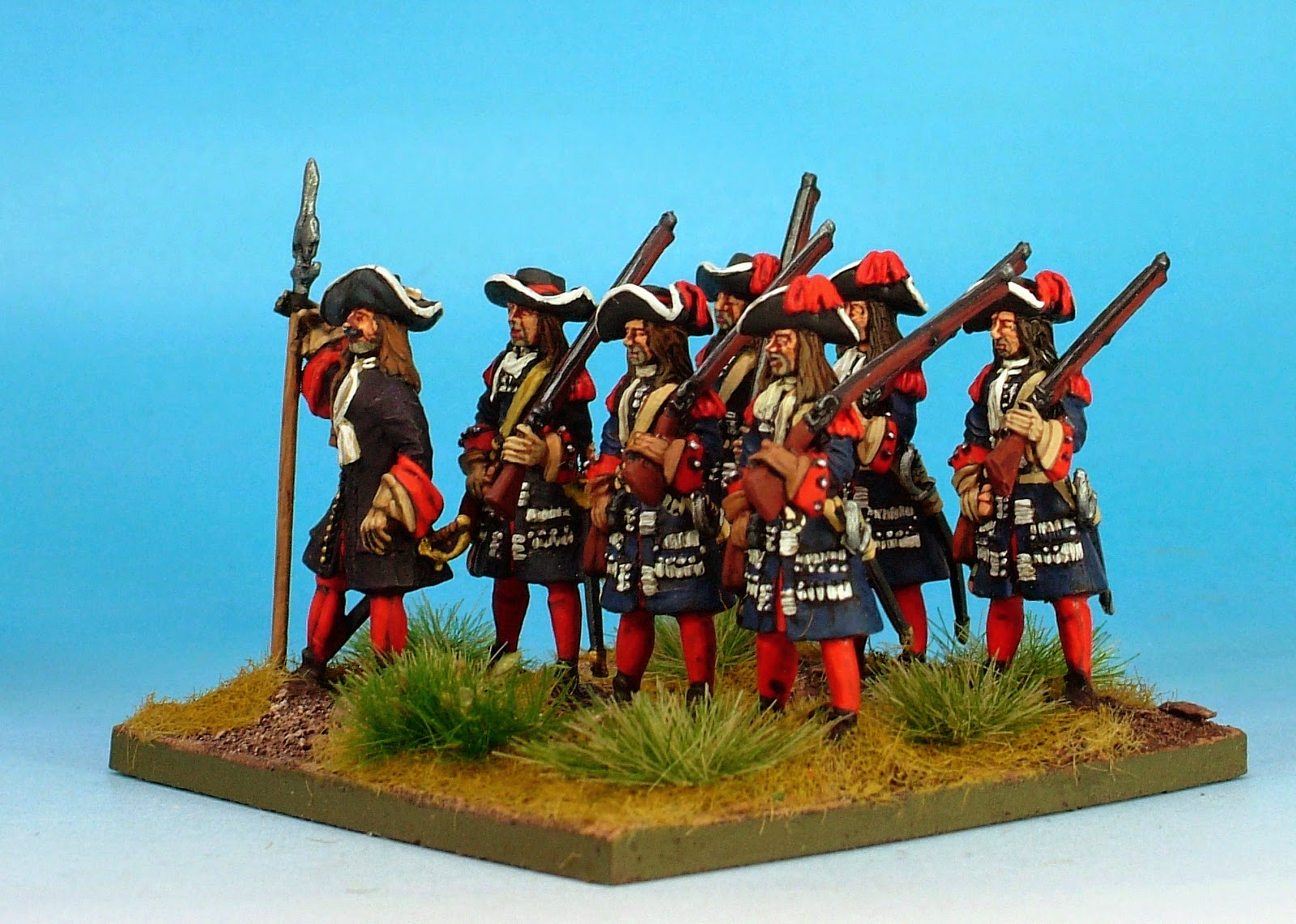 I intend to replace the smaller sized standards with my usual 50 x 50mm style after SALUTE. 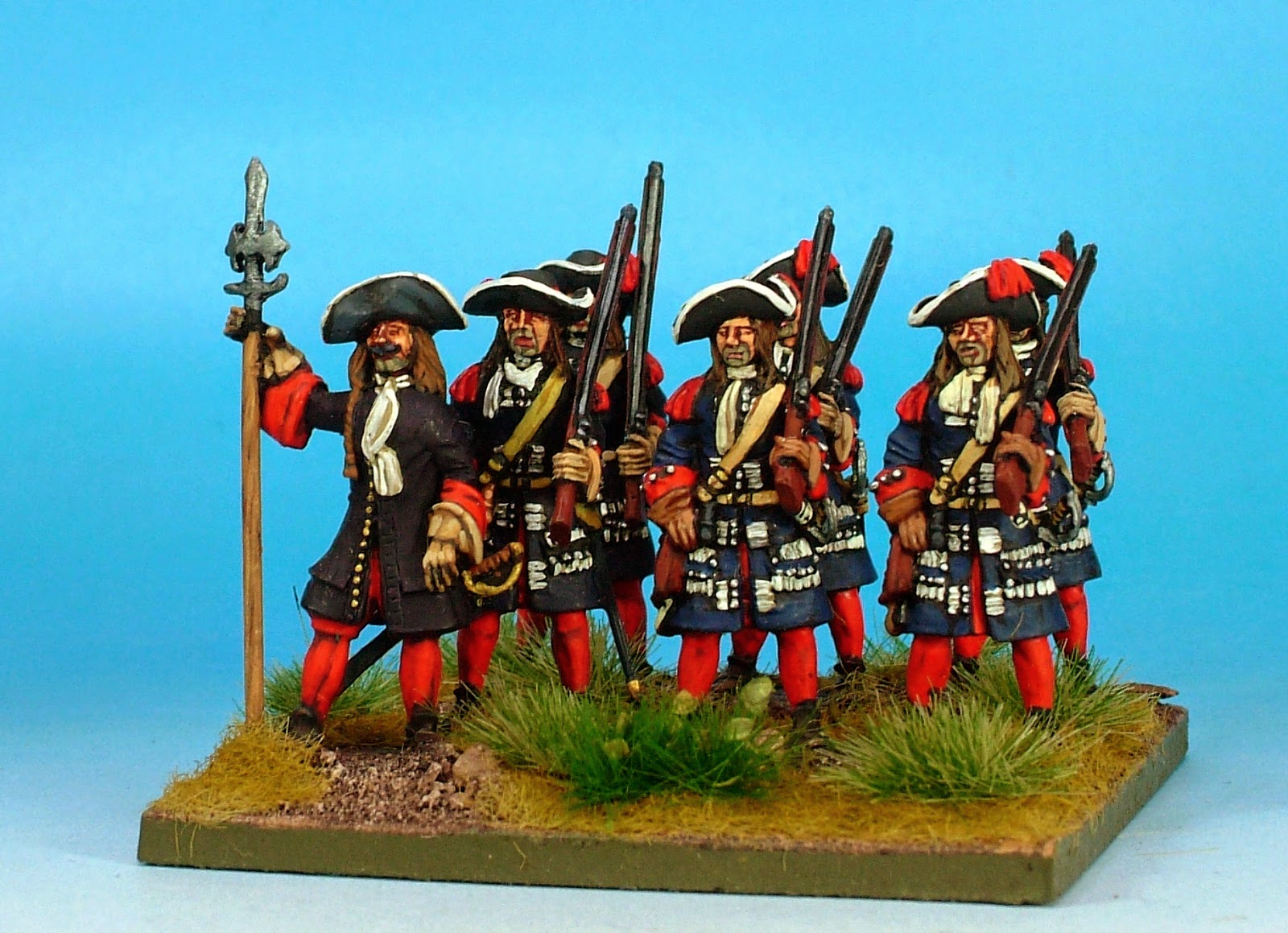 The Gardes had six battalions and were the finest infantry in Louis XIV's massive army. They fought in many major battles. 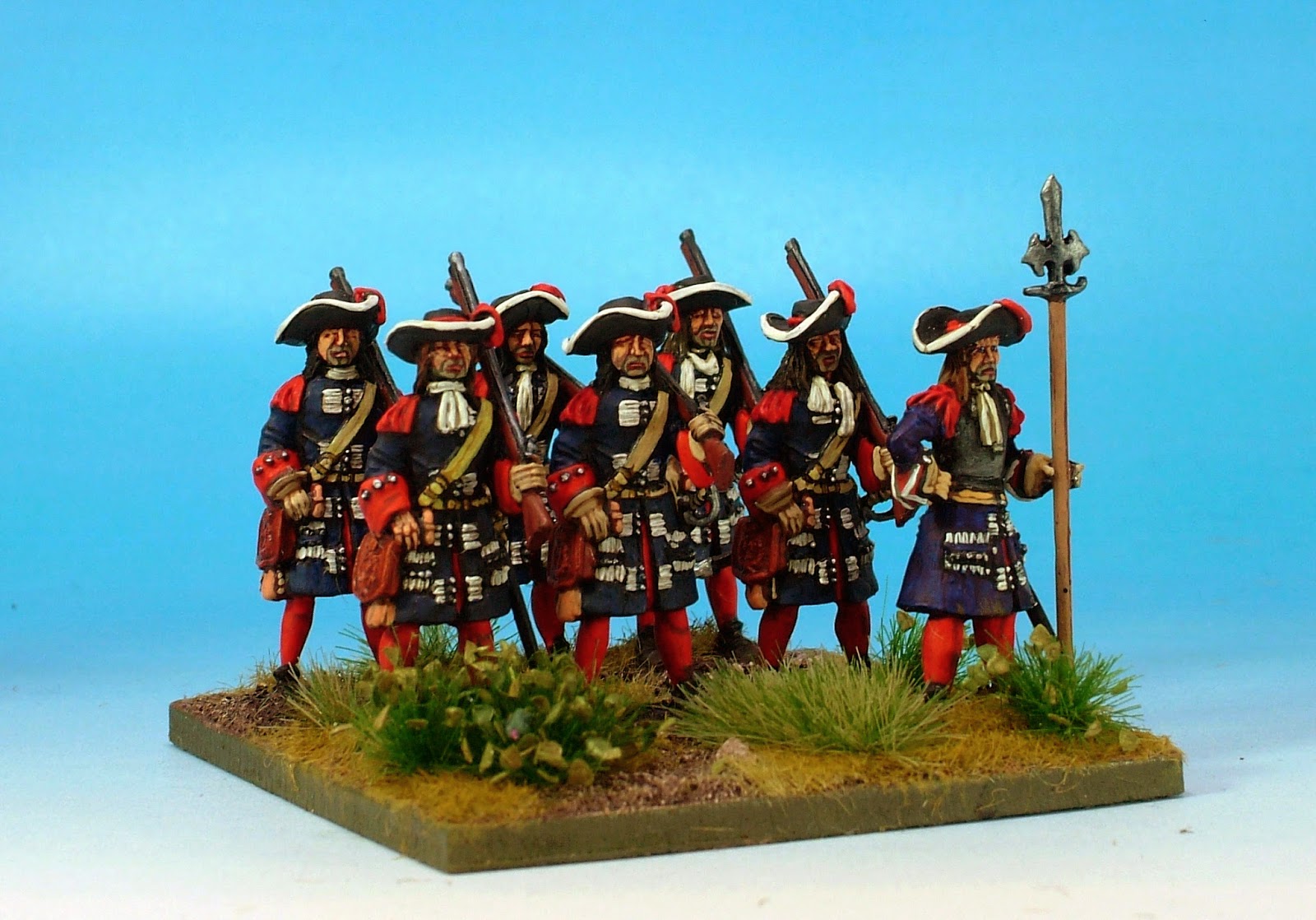 One of their 'moments' was the crucial breakthrough at the Battle of Neerwinden in 1693 when four battalions together with three of the Gardes Suisses smashed through the battered Allied defensive line. 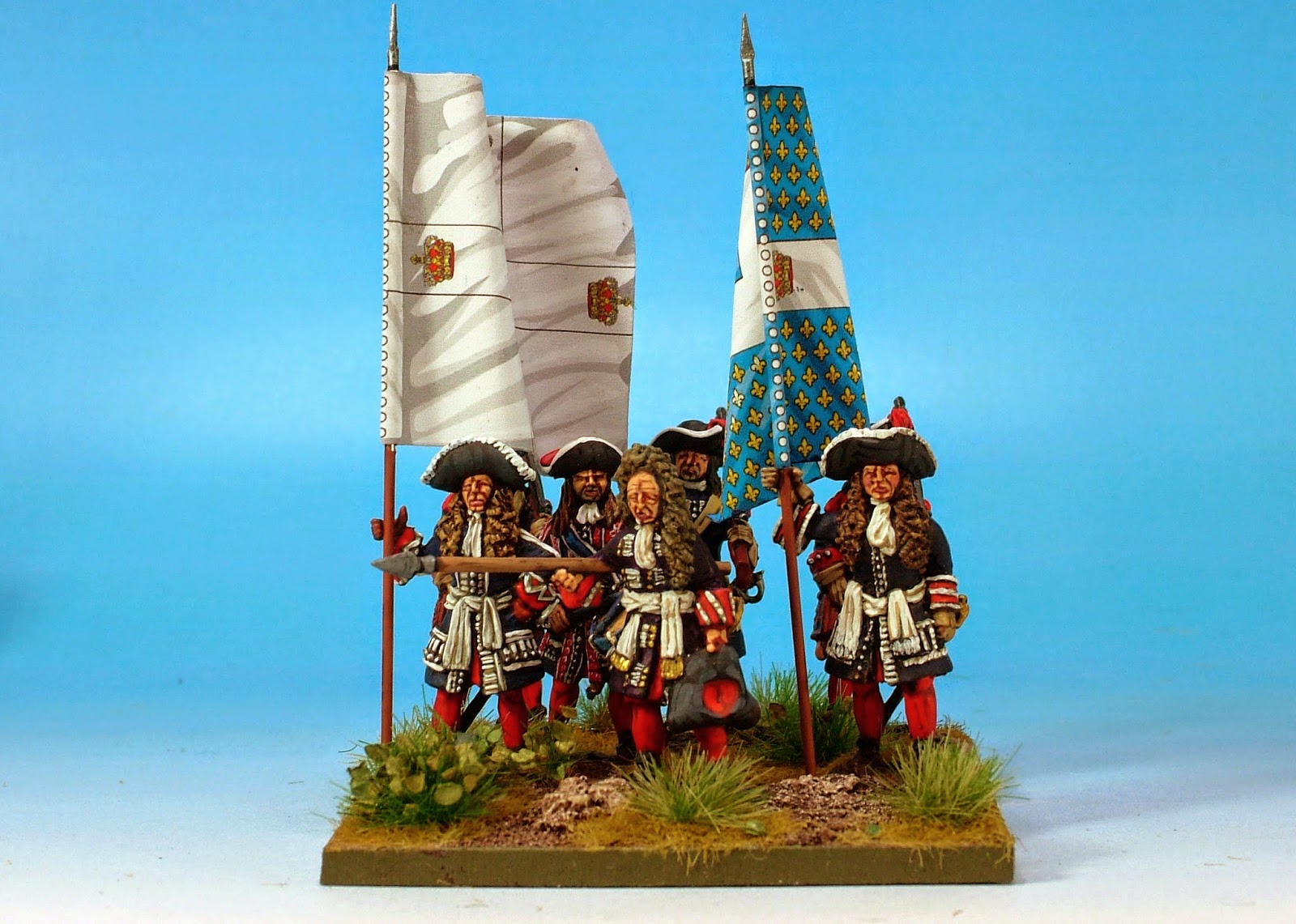 The Gardes are shock troops and every French Army should have some! 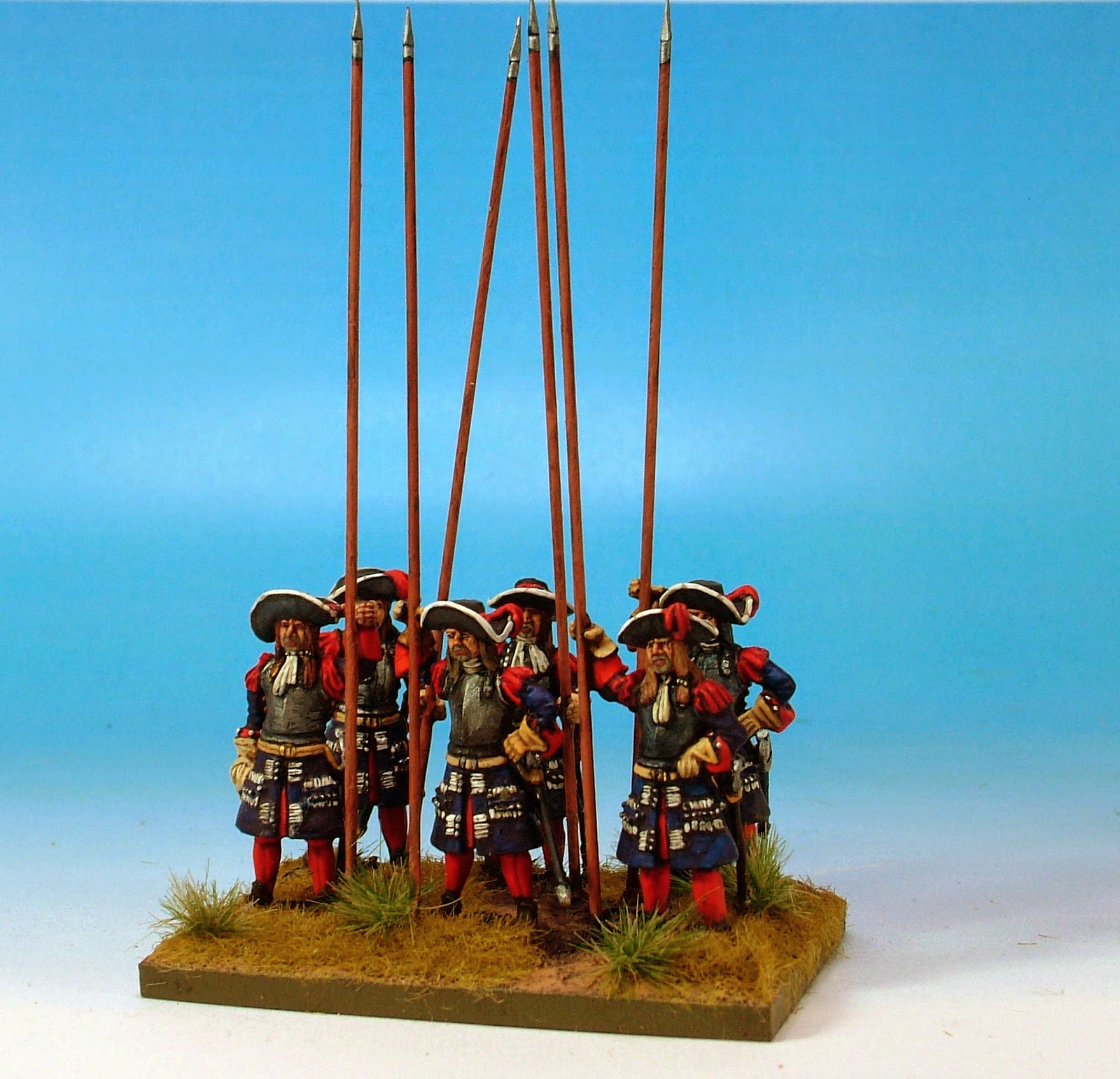 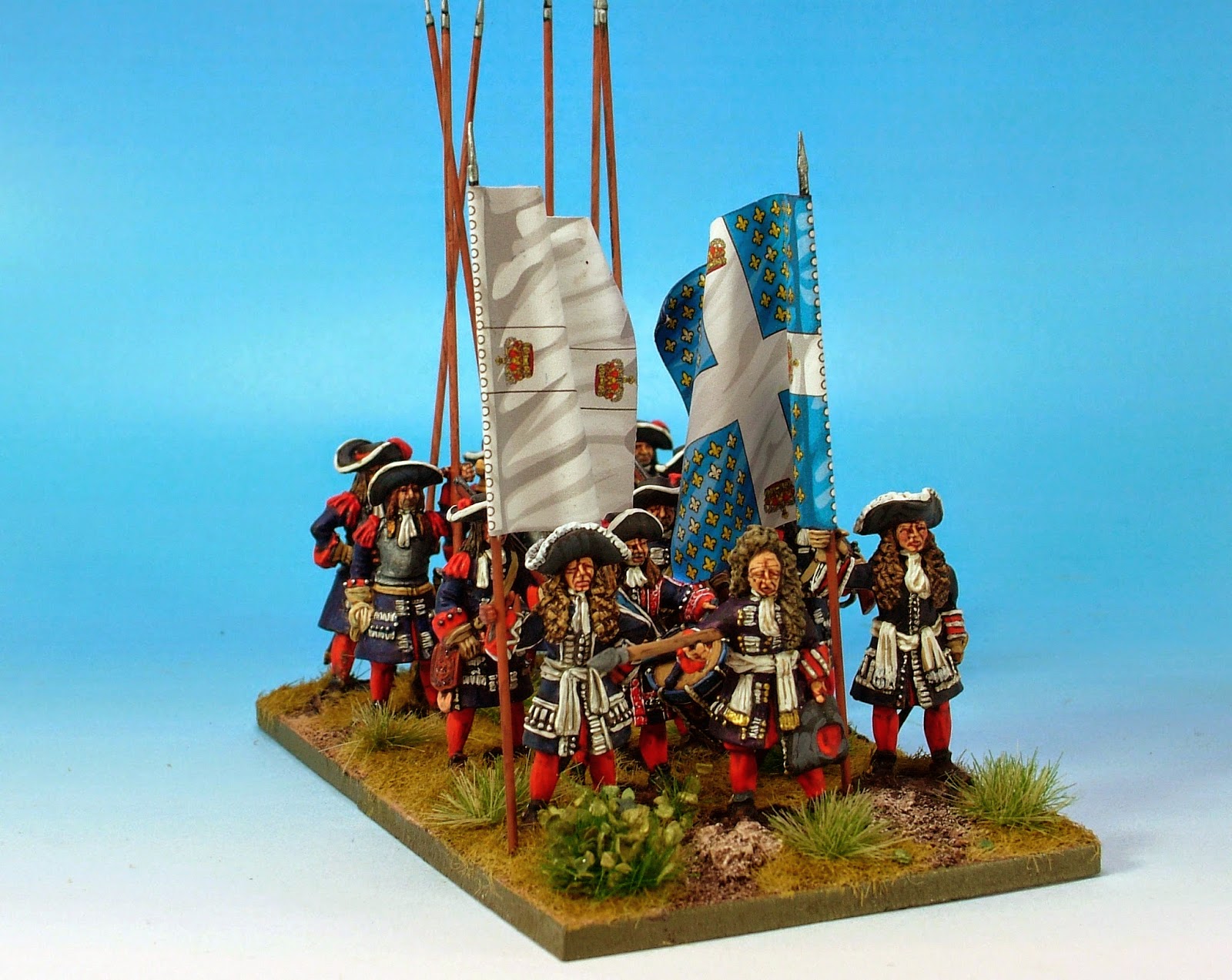 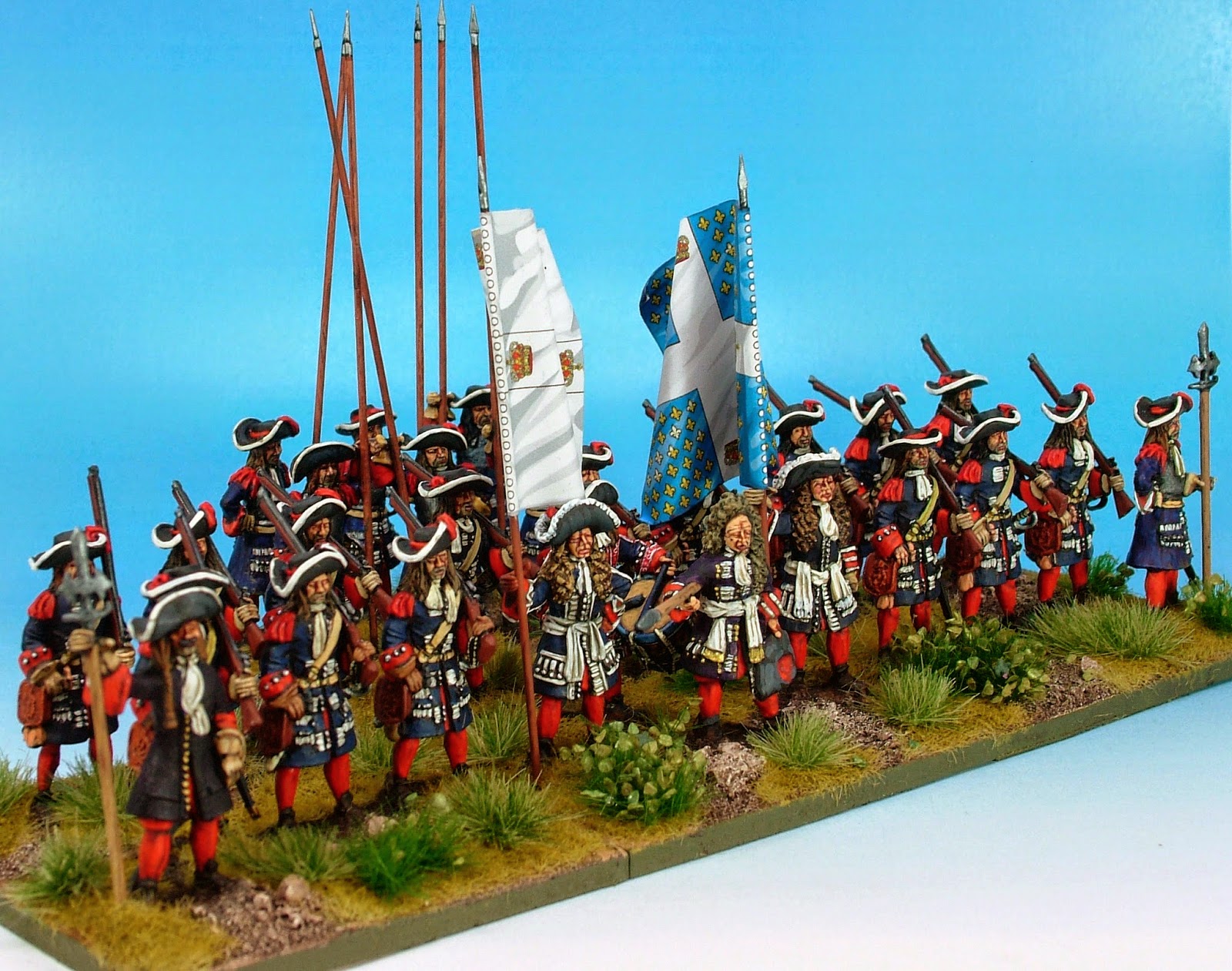