by Barry Hilton November 26, 2013
Barry Hilton - I painted the five Swedish figures first as my wargaming leanings are towards the Swedes. I enjoyed that very much but realized that as I got into doing the 5 Russian models in two sittings that I was enjoying them even more!

The poses are interesting and the uniforms are quite different to those of their opponents. Clibinarium had pretty much free rein to sculpt what he wanted in this first batch just to immerse in the uniforms, feel, anatomy and postures. This creative freedom has I believe paid back many times already when you see these outstanding models. 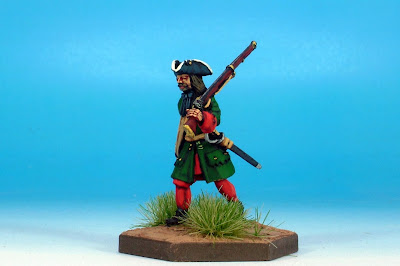 The pose is very natural. The equipment is simple but well detailed. The weapon detail in particular is exceptional as are its proportions relative to the man. I have put on a short sword with no bayonet frog. We intend to modify the equipment to suit. 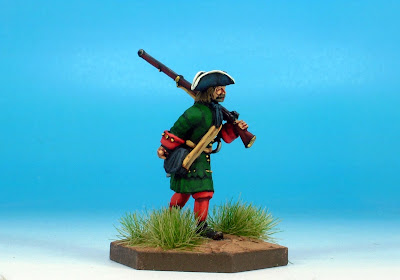 This shot catches the body position perfectly. I am particularly happy with the green shade used for the coat. It is sufficiently dense and dark although it has two highlights 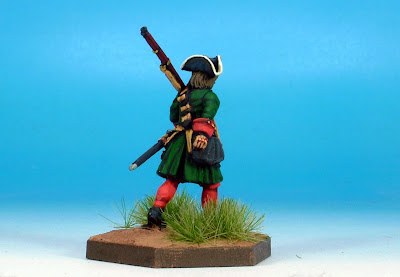 A real sense of movement is apparent in this view. He appears to be striding through the long grass. You can just hear the dry grass stalks brushing against his shoes and legs. 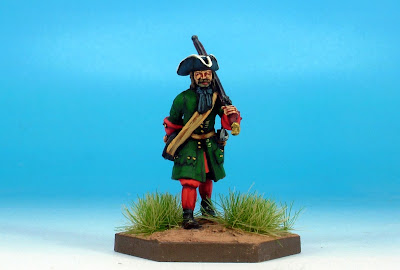 Clib has captured an interesting face. Perhaps fulfilling the stereotype of a Russian in the 18th century. We have some minor mods to do on this chap such as pocket shape which several people have commented on. Otherwise He is pretty fine.
#2 RUSSIAN GRENADIER firing line 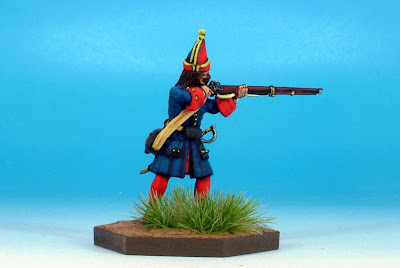 I have counter intuitively used brighter colours than intended when painting this guy. The pose is dramatic and very natural with a lean in to the shot. 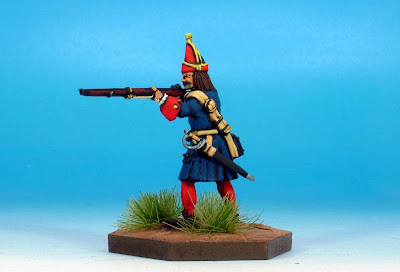 This view allows more of the face to be seen. Again, I did not use accoutrements with a bayonet frog for this model. 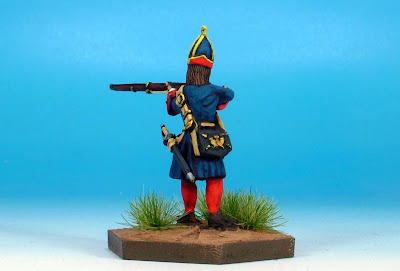 The exquisite detail on the grenade bag can be seen in this shot. That level of detail is something which really lifts these models to the next level.
#3 ENSIGN with colour 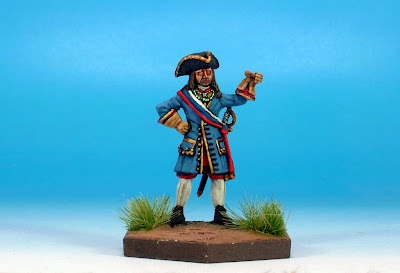 Of all the Russian models I painted this chap last. I had not intended to lavish too much attention on him but it was unavoidable as the level of sculpted on detail is astonishing. 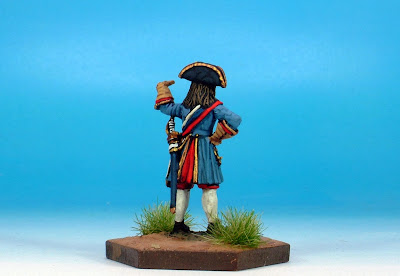 The proportions of the model are perfect. This rear view gives a nice perspective on his body position. 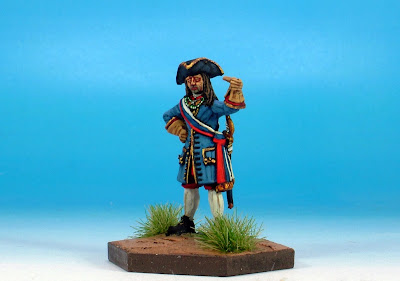 The colours are a little experimental and I am sure someone will argue with the shade of blue but this young officer is meant to be from the Semenovski Guard Regiment. 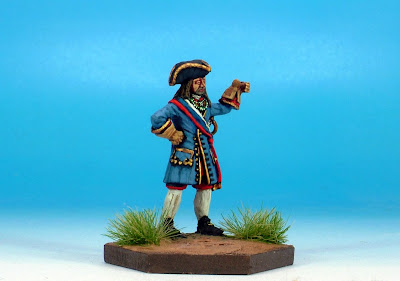