by Barry Hilton November 28, 2013
Barry Hilton - This part of the series details less conventional(from a wargames manufacturing perspective) Russian troop types from the Great Northern War. First up is in my opinion the most spectacular sculpt of the 10 protos. 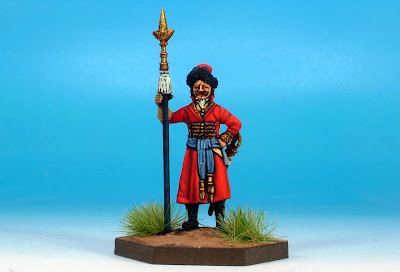 The uniform is very ornate and the colours I have chosen are very dramatic with high contrast not just in the colour tones but against each other such as red/black  red/blue. 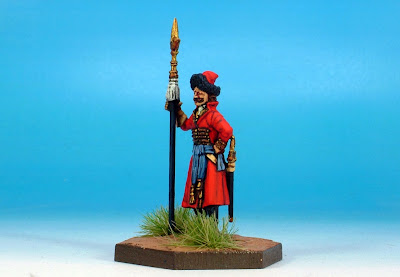 Frankly, I didn't want to stop painting this guy! The layers of red are 5 deep with a blend of 4 different shades plus black. The collar and cuff detail I chose to show as gilt lace although equally it could be a more prosaic colour. 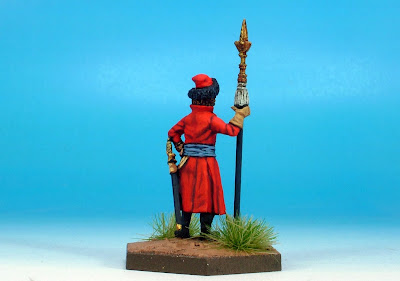 The pole arm is a fine piece of work and I am sure will find its way into other arms in other armies! More than a hint of Vlad Dracul in the way I lavished colour onto this important man! 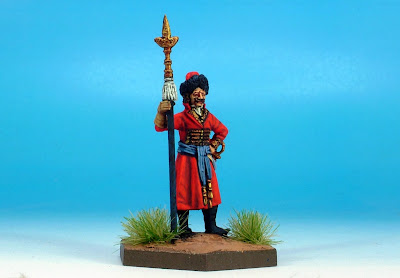 A final view. When we release this chap I am certain you'll enjoy painting him! 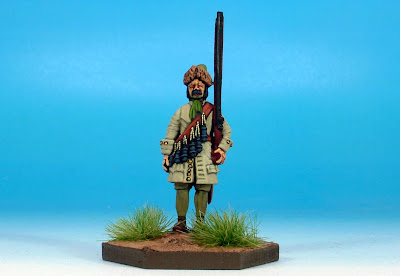 In many ways the most humble and ordinary figure of the 10 but one of my personal favourites. I love the pose and the detail. The apostles have been expertly fashioned and were actually a real joy to paint. The strings attaching them to the cross belt as so well defined that a rope effect is possible with a 00 brush. 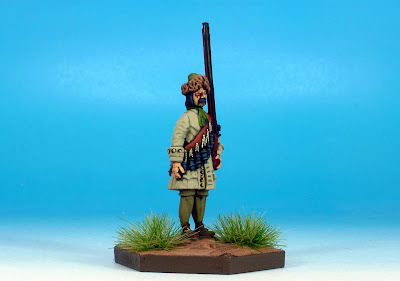 I used very muted colours with this chap. He is poor, his equipment is not of the best quality and he is serving in severe climatic conditions winter and summer. He is meant to look worn physically and mentally. 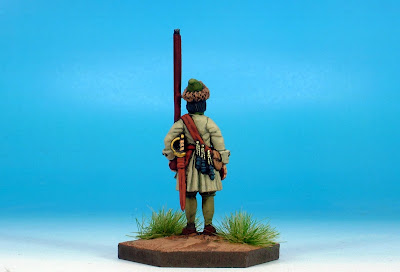 Two huge things that leapt out when I first viewed this very utilitarian sculpt:

1. His usefulness for the period 1675-1700 in other theatres: Sedgemoor, Ireland, Flanders Skane wars. Of course head swaps are required and the addition of French ribbons on shoulders for Louis XIV's Army etc. But this chap will get maximum usage in the Warfare range.

2. He will complement the Apostle equipped infantry sculpted by Steve Shaw which are now selling very well. Not only will my Killiecrankie battalions be in firing lines, they can now be in a new pose.


So, what's next? Clibinarium is forging on and applying the lessons and experience gained through this 10 sculpt test to the production figures which will shortly follow.