by Barry Hilton November 19, 2013
Barry Hilton - I was itching to paint these chaps from the minute I saw the sculpts but of course that would have been plain stupid! I received the master cast batches in Antwerp but for various business reasons was unable to get to my painting table until yesterday. I prepped up all 10 and finished 5 - The Swedes.

A walk through each sculpt with some commentary will I think be useful to those interested in the range.

#1 OFFICER DRESSING THE LINE OF AN ADVANCING BATTALION 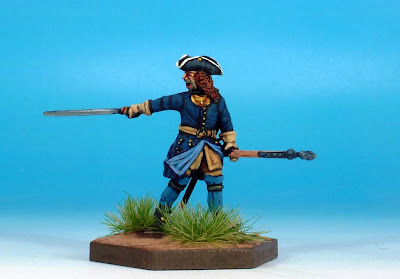 Clibanarium has captured precisely what I wanted in this sculpt. An experienced company or battalion officer shouting his men back into line as they close with the enemy. 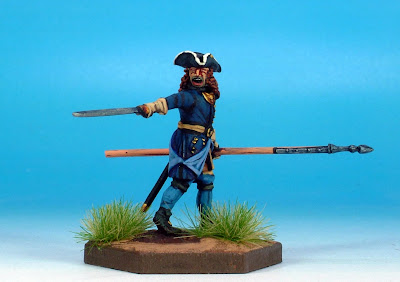 This great view gives an excellent sense of the movement and expression. 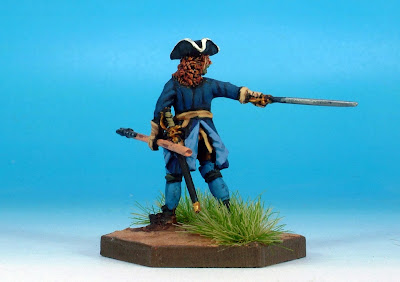 The best equipped officer in the Swedish Army? Pole arm and two swords! I deliberately did not cut the hilt from the sheathed sword as I wanted to see how it lay on the figure.
next up...
#2 THE CHARGING GRENADIER 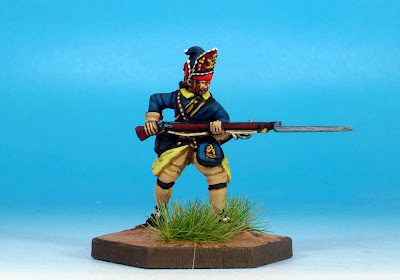 This guy means business! The pose is very animated and the body dimensions (like all of the latest Warfare sculpts) are proportional and realistic. We are avoiding the cartoon like big hands, massive weapons(ouch), caricature faces and short lower body type sculpts prevalent in the 90s and 00s. 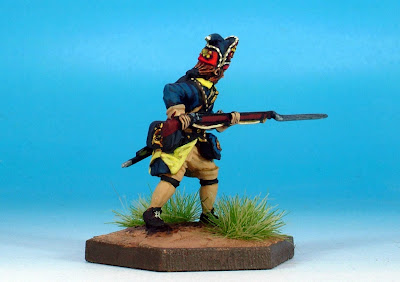 The bayonet is proportional and correct. The detail achieved on the two pouches is quite remarkable. 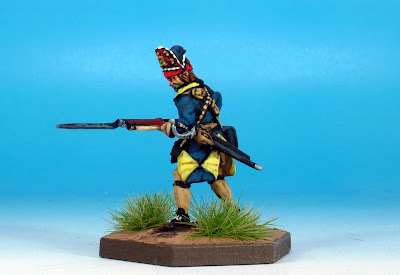 Purists believe that Swedish grenadiers did not wear the mitre on campaign. This may well be so. My thought is; wargamers like variety, like something nice to paint, like something that looks spectacular on the table and like to break the monotony of the same style of figure again and again. We'll keep everyone happy with the grenadiers as they will appear in tricornes and mitres!
And on to
#3 THE ENSIGN STANDING WITH COLOUR 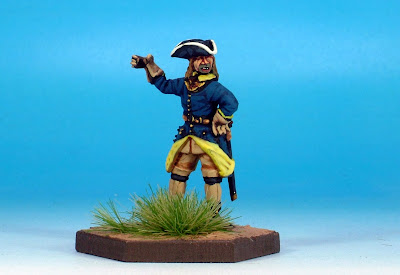 A confident campaigner in a knowing pose. He has contempt for the enemy which is clear from the face and the stance. 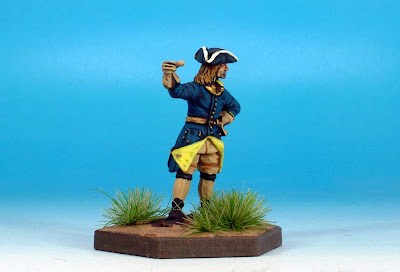 I have chosen to paint this figure in very traditional Swedish colours with yellow turn backs and chamois breeches. 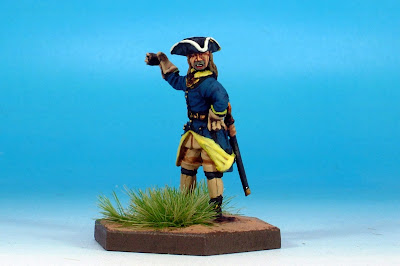