Warfare customers who order in the run up to Christmas may find some have crept into their parcels! 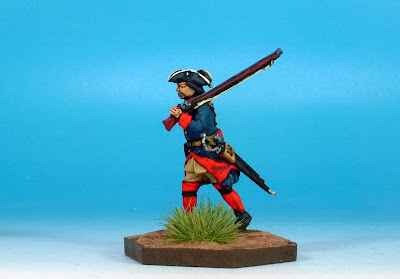 It is our intention to pose the Swedes in 'classic' view positions. This marching figure will do equally well for a unit on the march or advancing to combat. 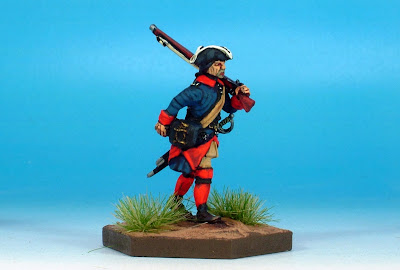 The red contrasts nicely with the muted blue I have used here. Again the detail achieved on pouches and weaponry is exceptional. 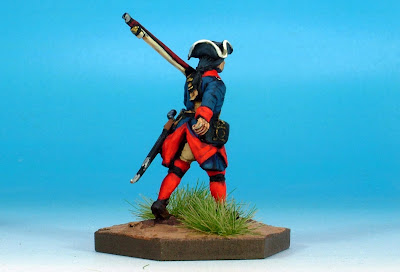 There is an energy about these models which really conveys the sculptors love of the subject matter and his mastery of his art. Wonderful feel to this model I think.

And finally..
#5 SERGEANT IN WINTER DRESS 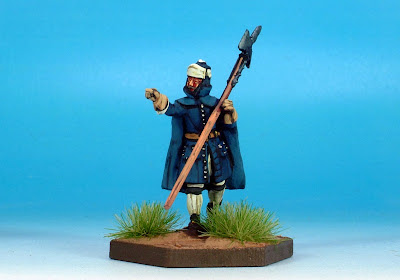 The Warfare GNW range will feature winter/ campaign dress for both Russians and Swedes. This veteran knows how to protect himself from the cold northern winds. 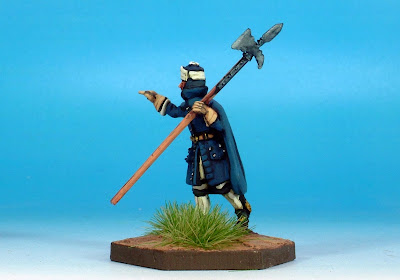 The angle of this shot really tells the story of the figure. His body position is extremely realistic. 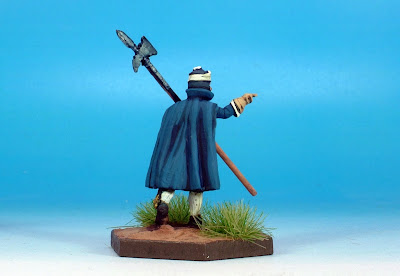