by Barry Hilton January 23, 2015
This code was down to Clibinarium taking the initiative and designing a set of models to compliment the front rank charging code. When he showed me the sculpts I was blown away particularly because I had requested they be done! 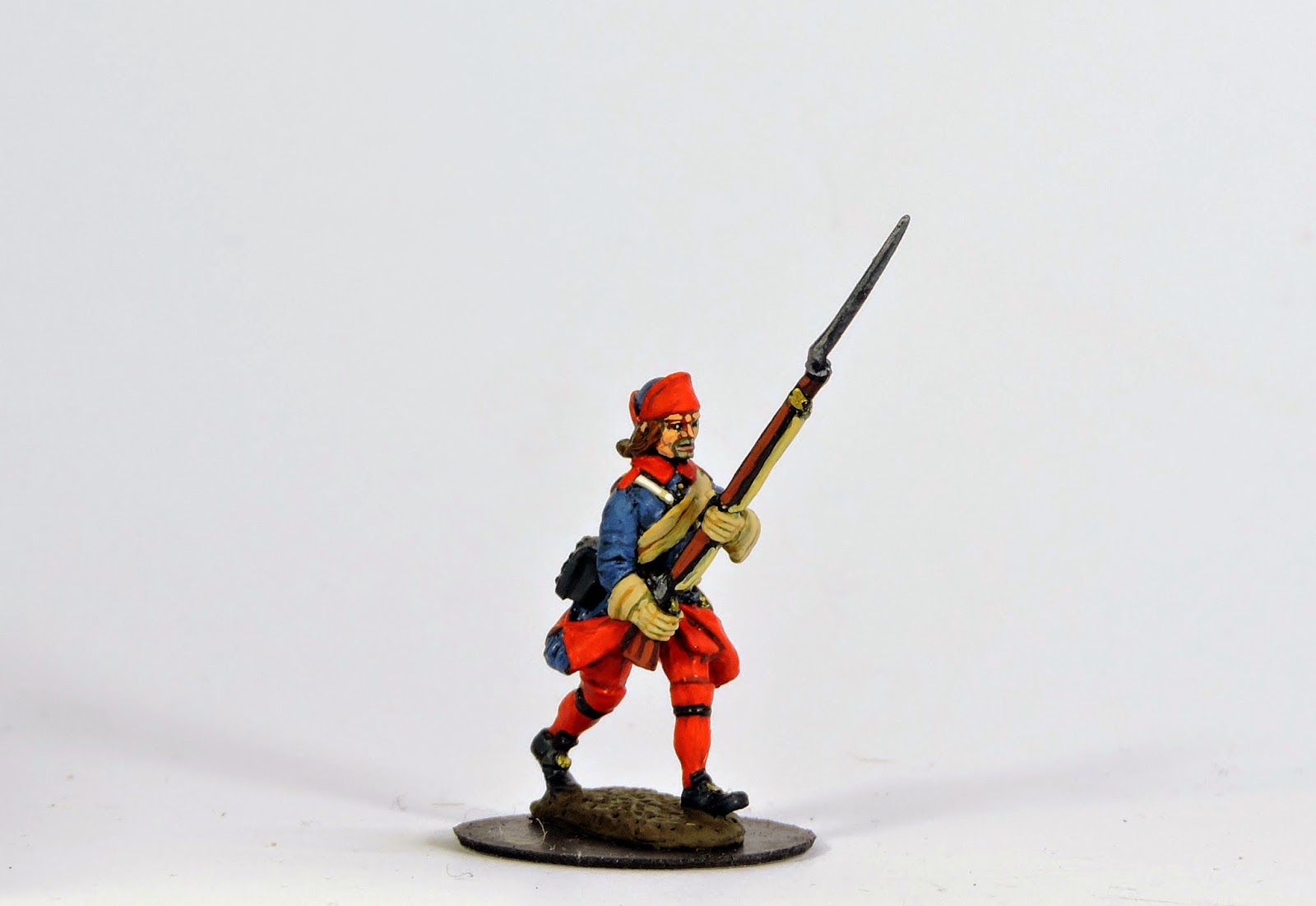 I chose to paint the red in a rather dramatic scarlet shade to create high impact. The Swedish uniform is both simple and elegant. Painting these models was a real joy. I used a black undercoat and built up using the well known layering method. 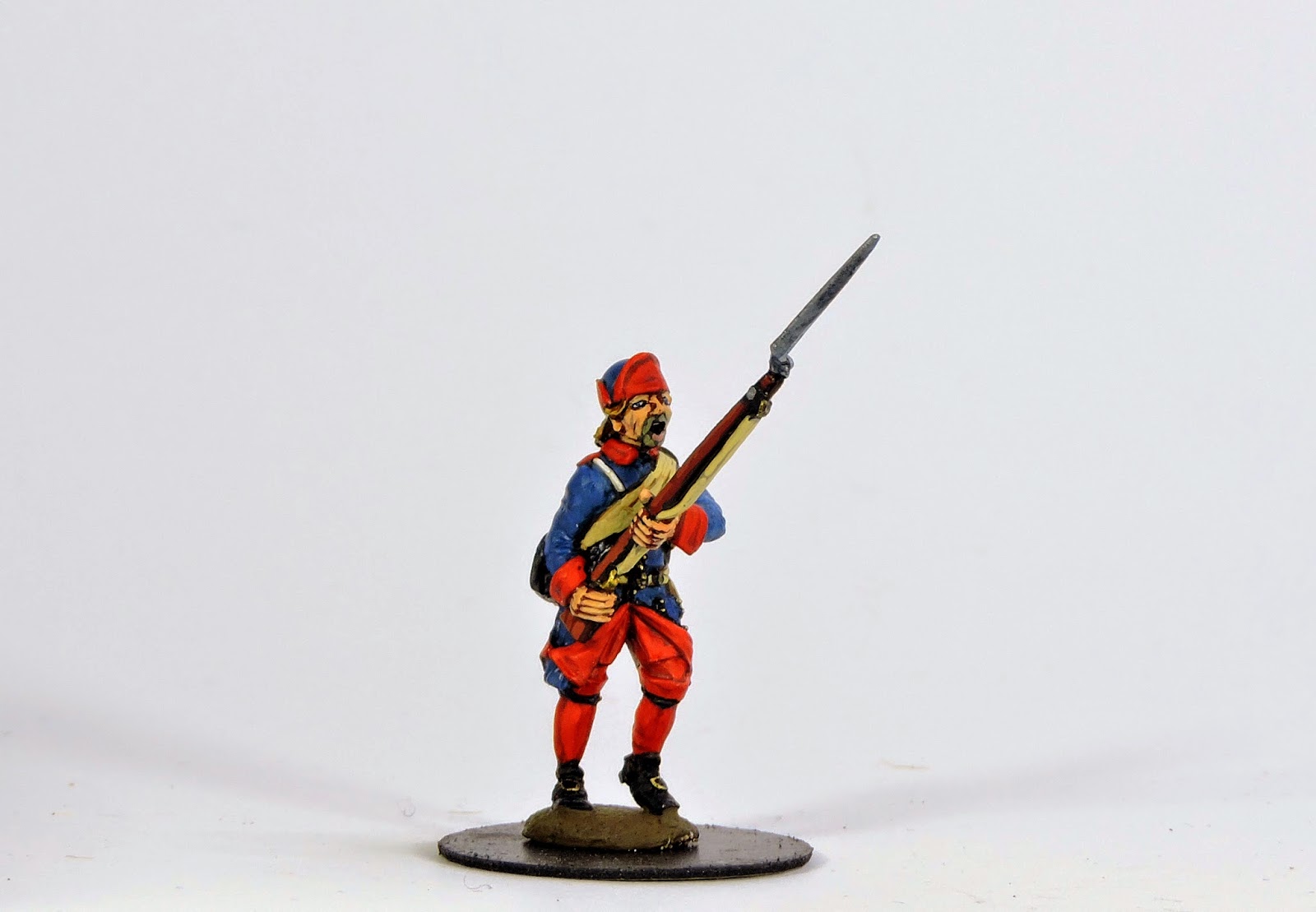 The variety of dolls used in the sculpting of this pack give it a really varied look but the common theme is the movement and realism of the anatomy. 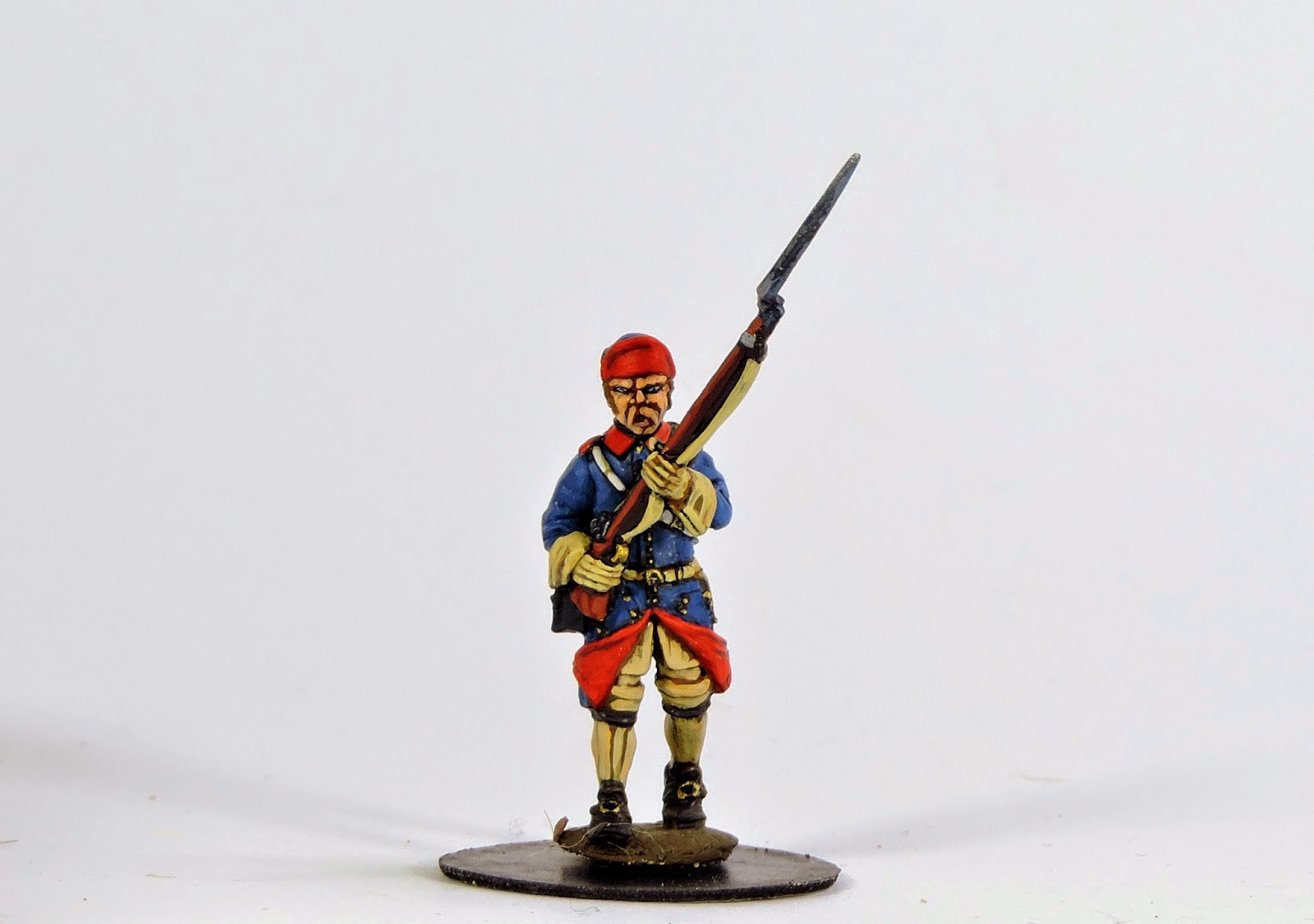 This code has cast incredibly well with the muskets and bayonets being wonderfully formed and proportioned. 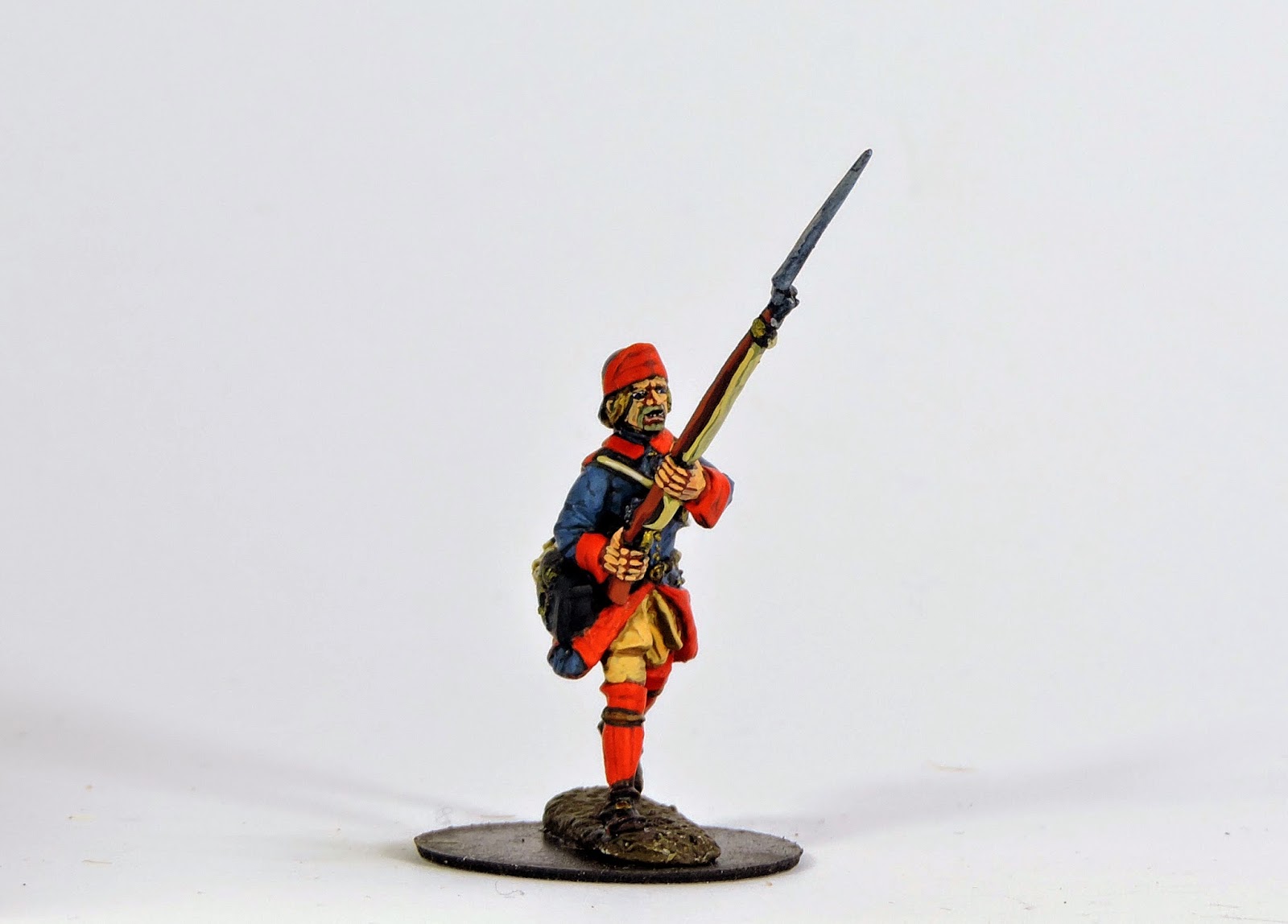 It is planned to make the codes available both as individual packs and as boxed regimental deals. 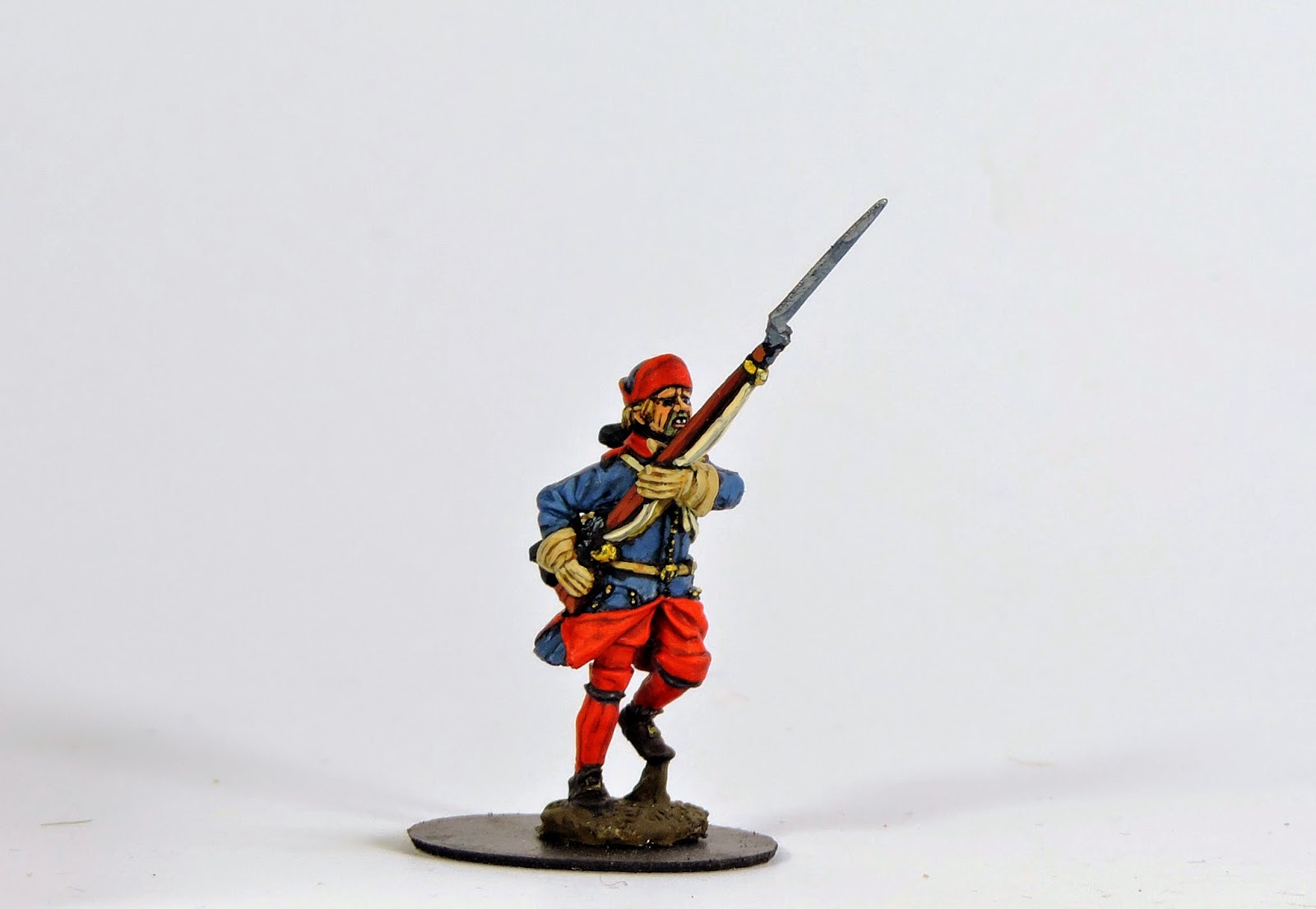 The haversack slung over the right shoulder is not regulation dress but rather campaign equipment.