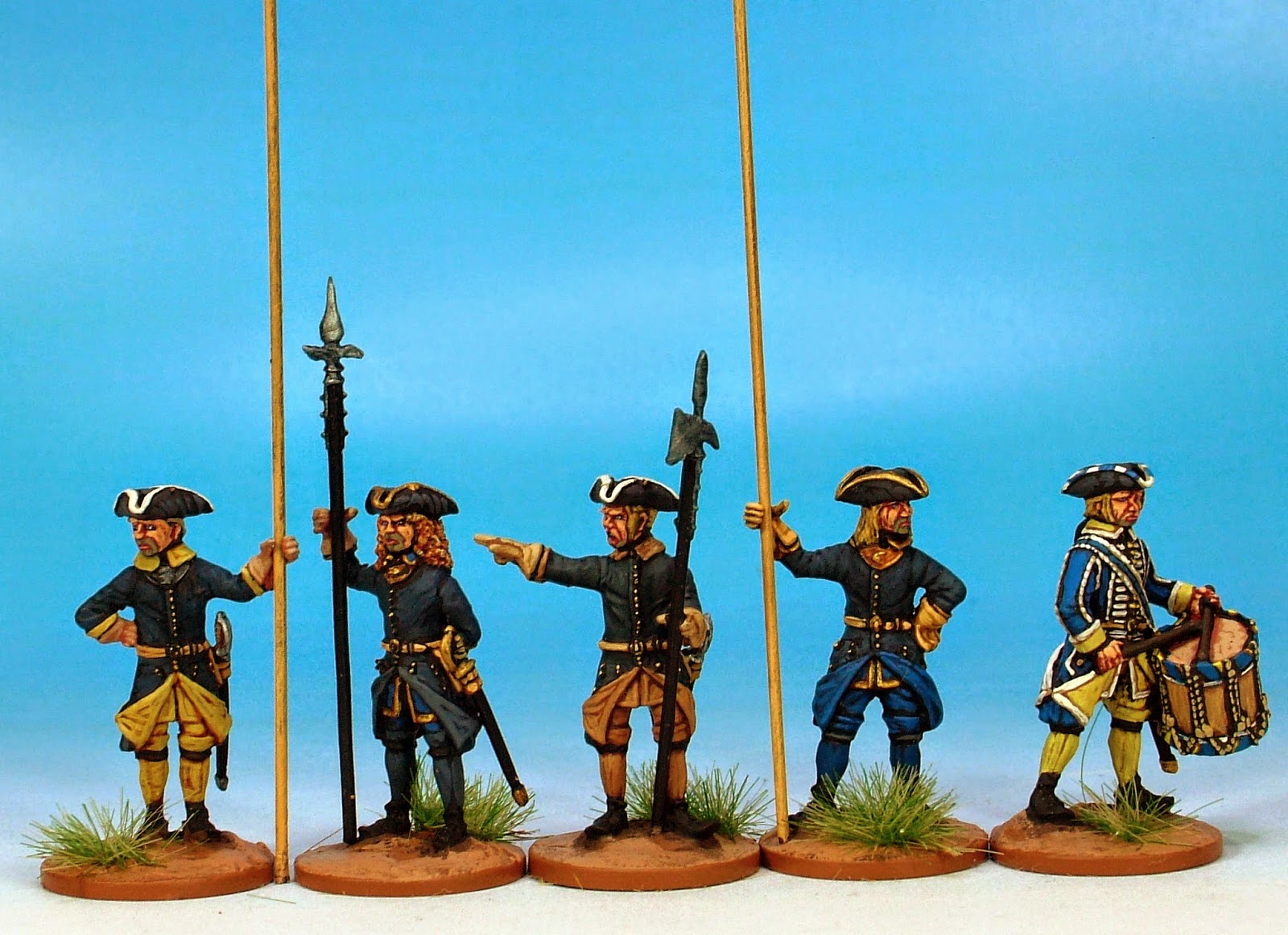 The Swedish disdain for frippery is evident not only in these sculpts but in the way I have chosen to paint them. I have used dark and sombre blue with the exception of the drummer who shows a little flash of colour in his uniform. 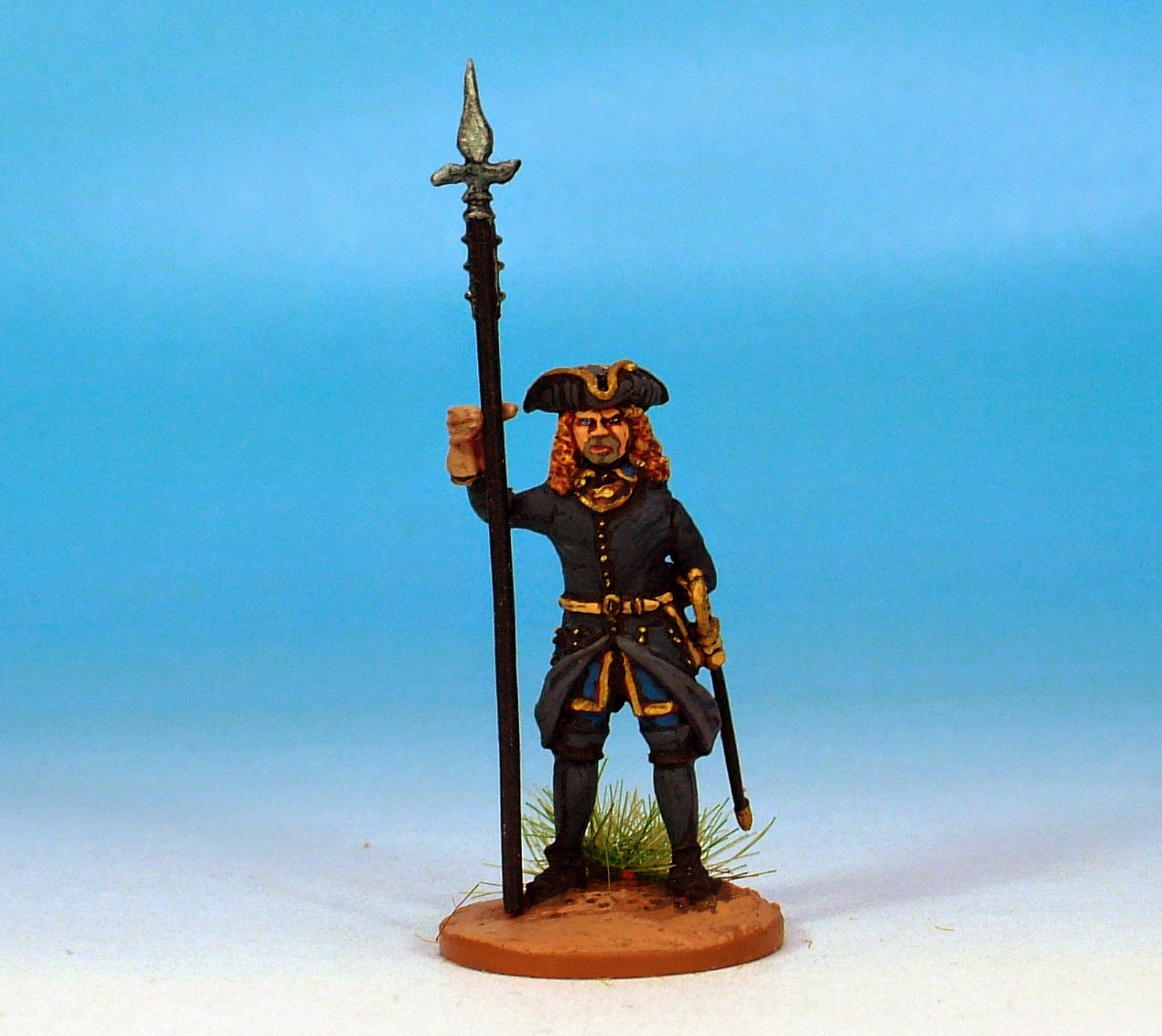 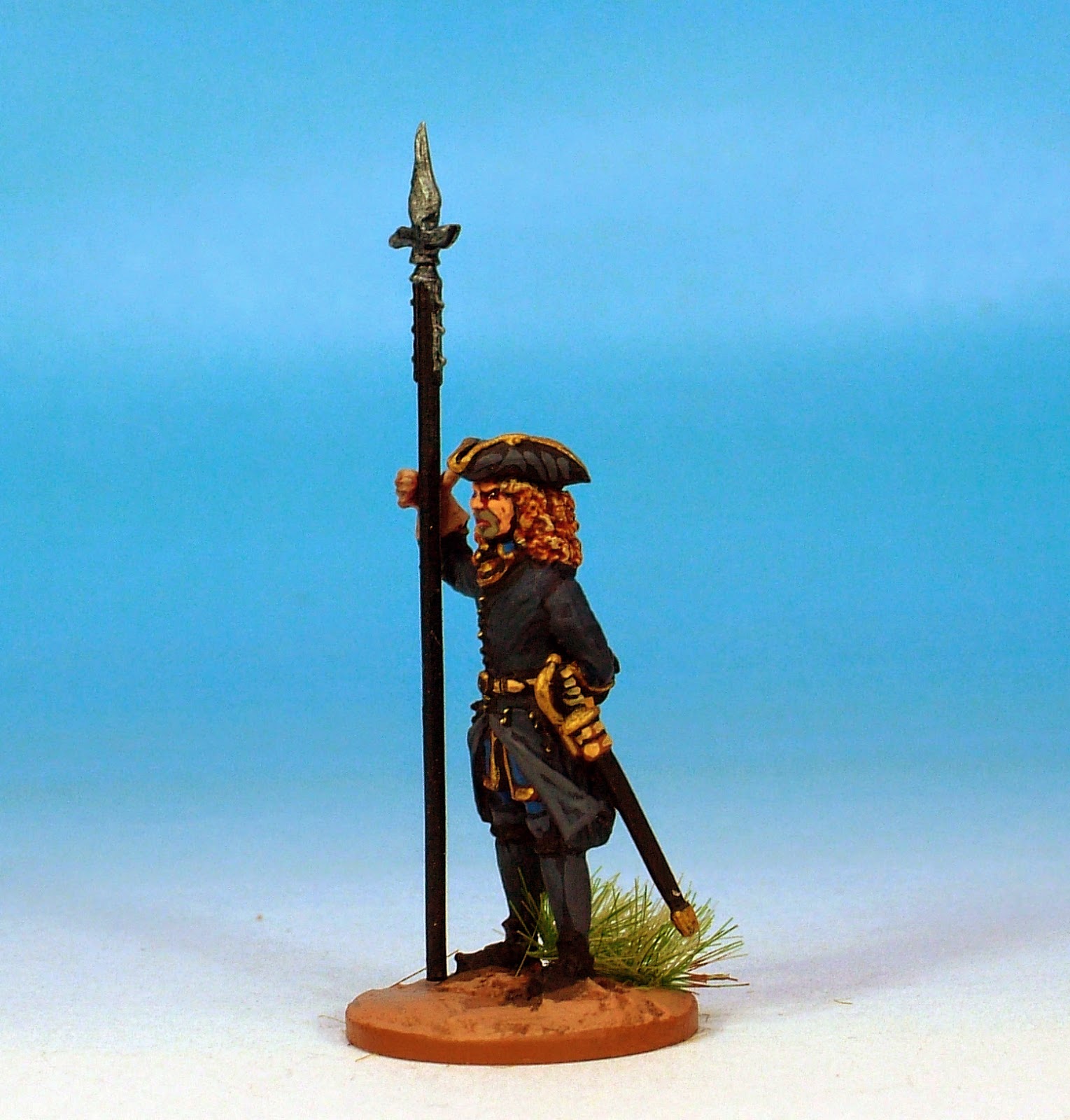 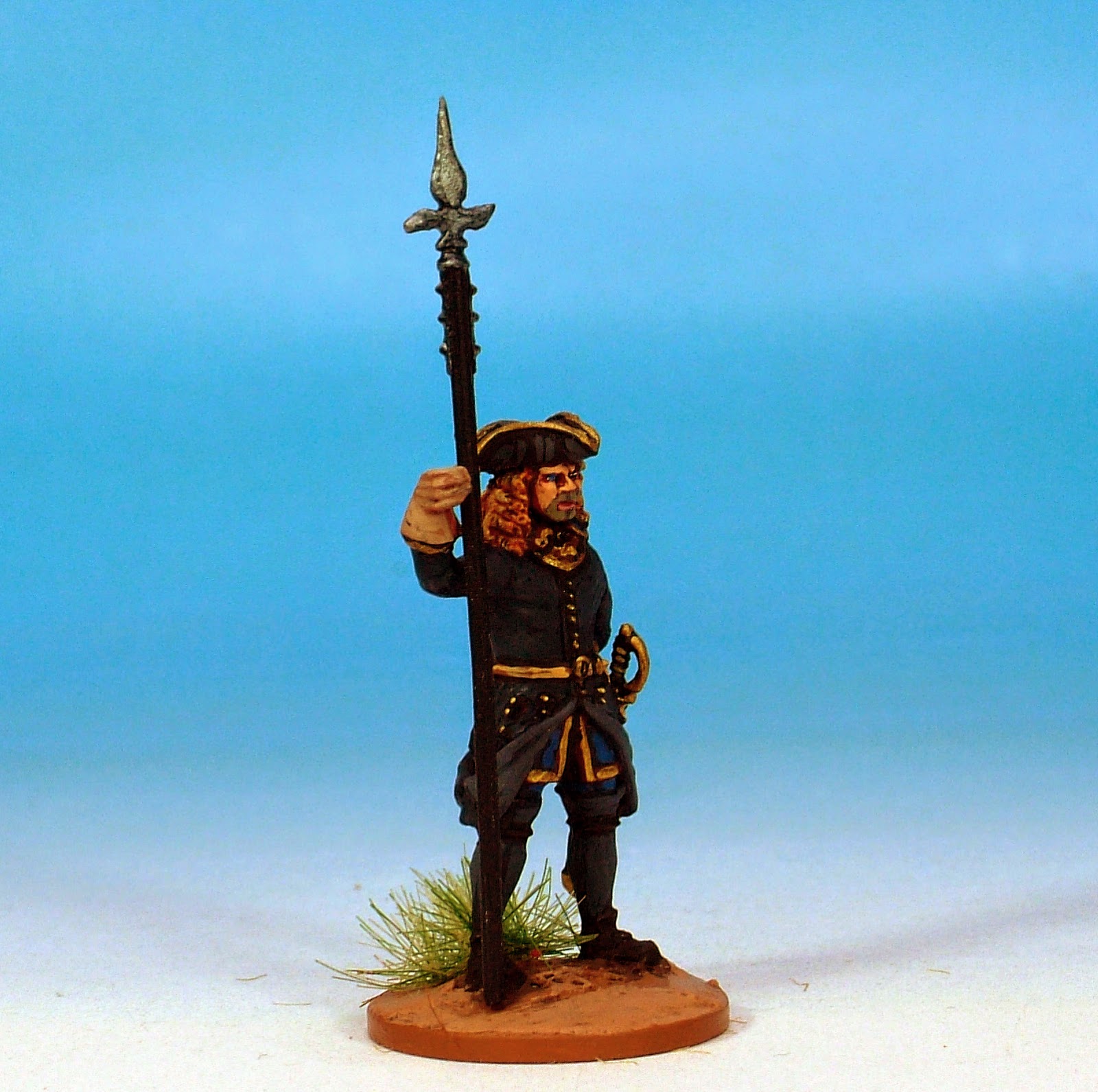 This code consists of 3 officers/ensigns with the senior of the three having a wig whilst the other two sport their own hair, a sergeant and a drummer. 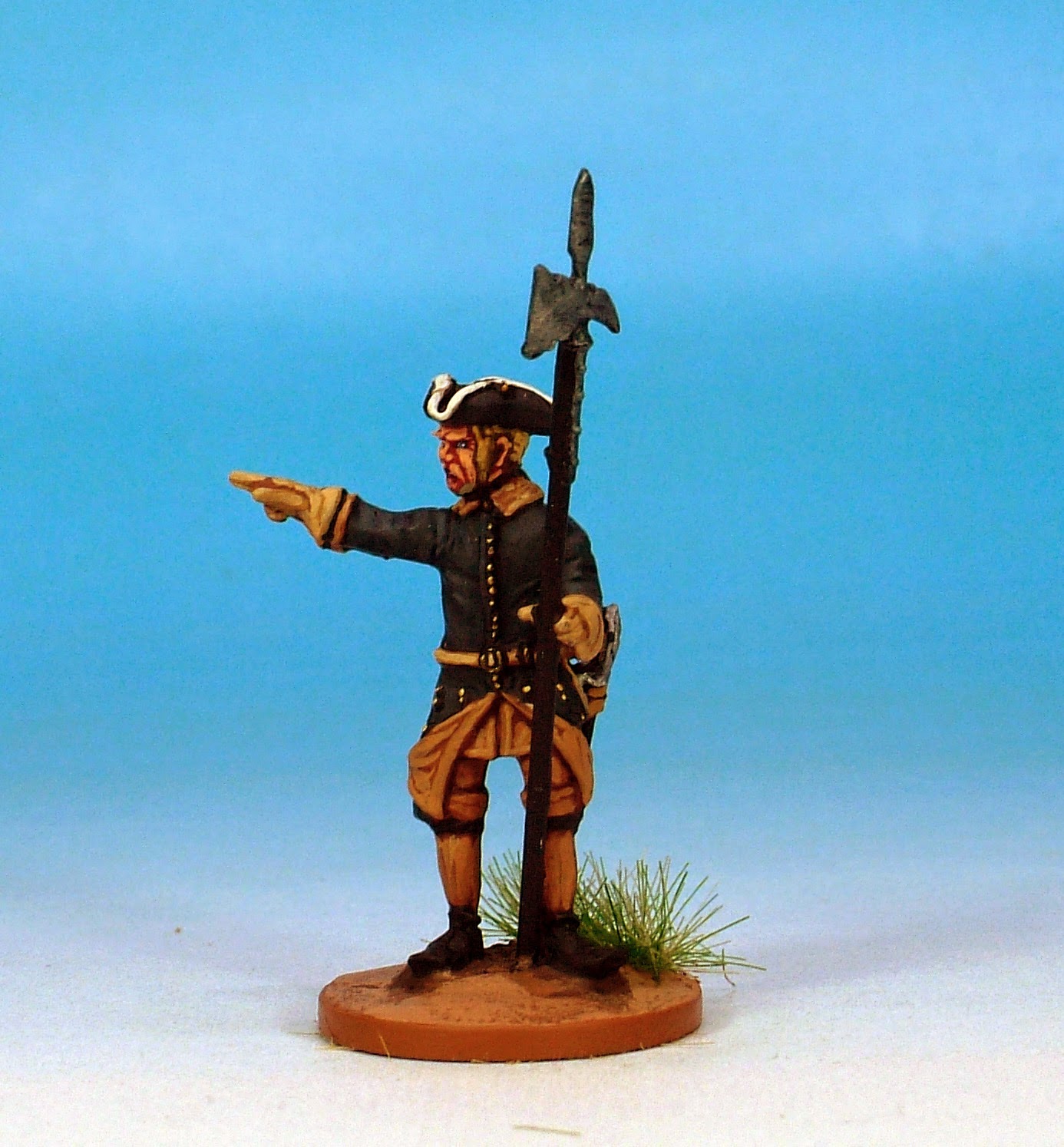 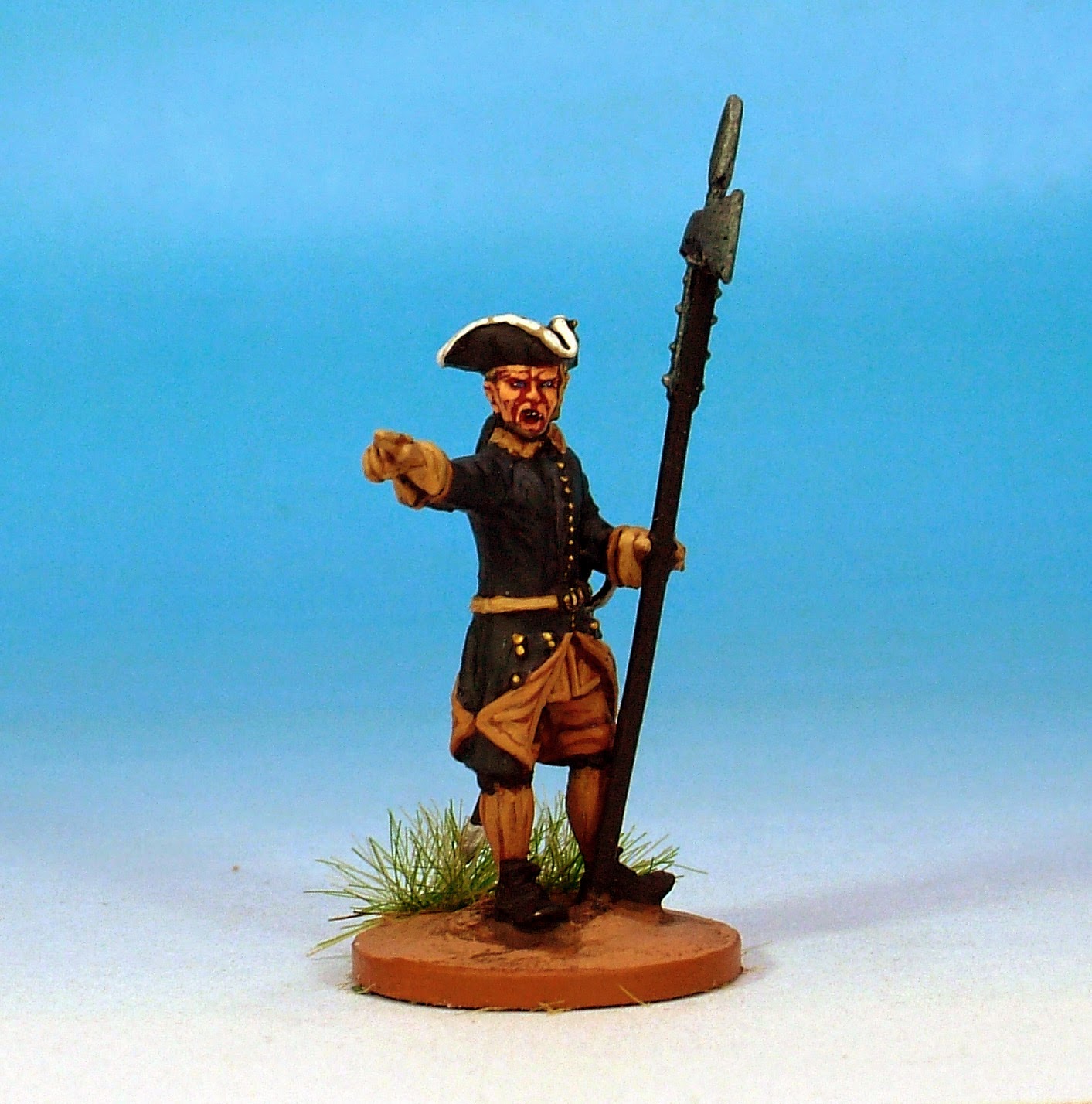 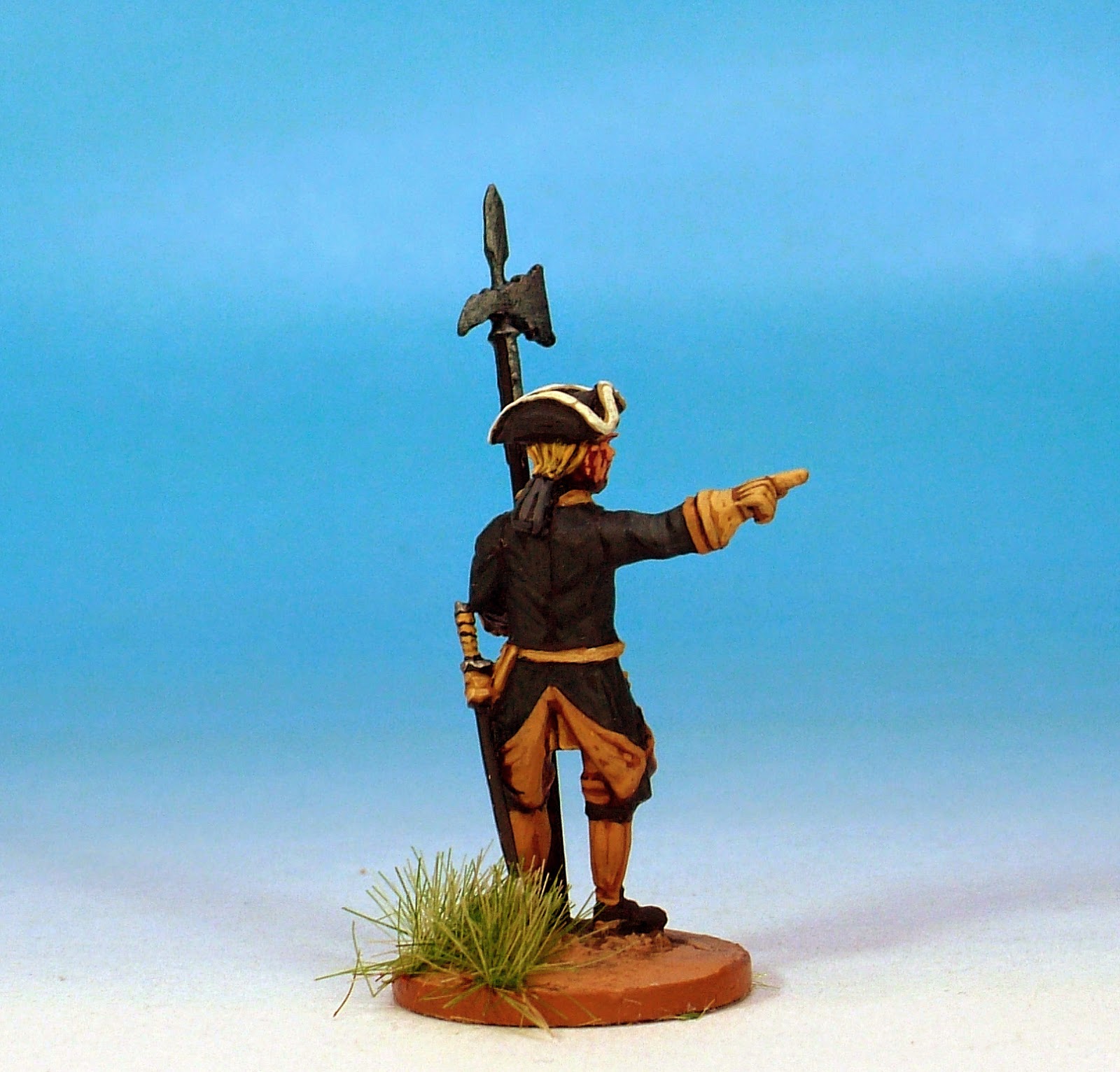 We now have three different pole arms for the Swedes; a halberd and a spontoon (both seen in the shot above) plus a senior officers half pike which can bee seen elsewhere in these code previews. 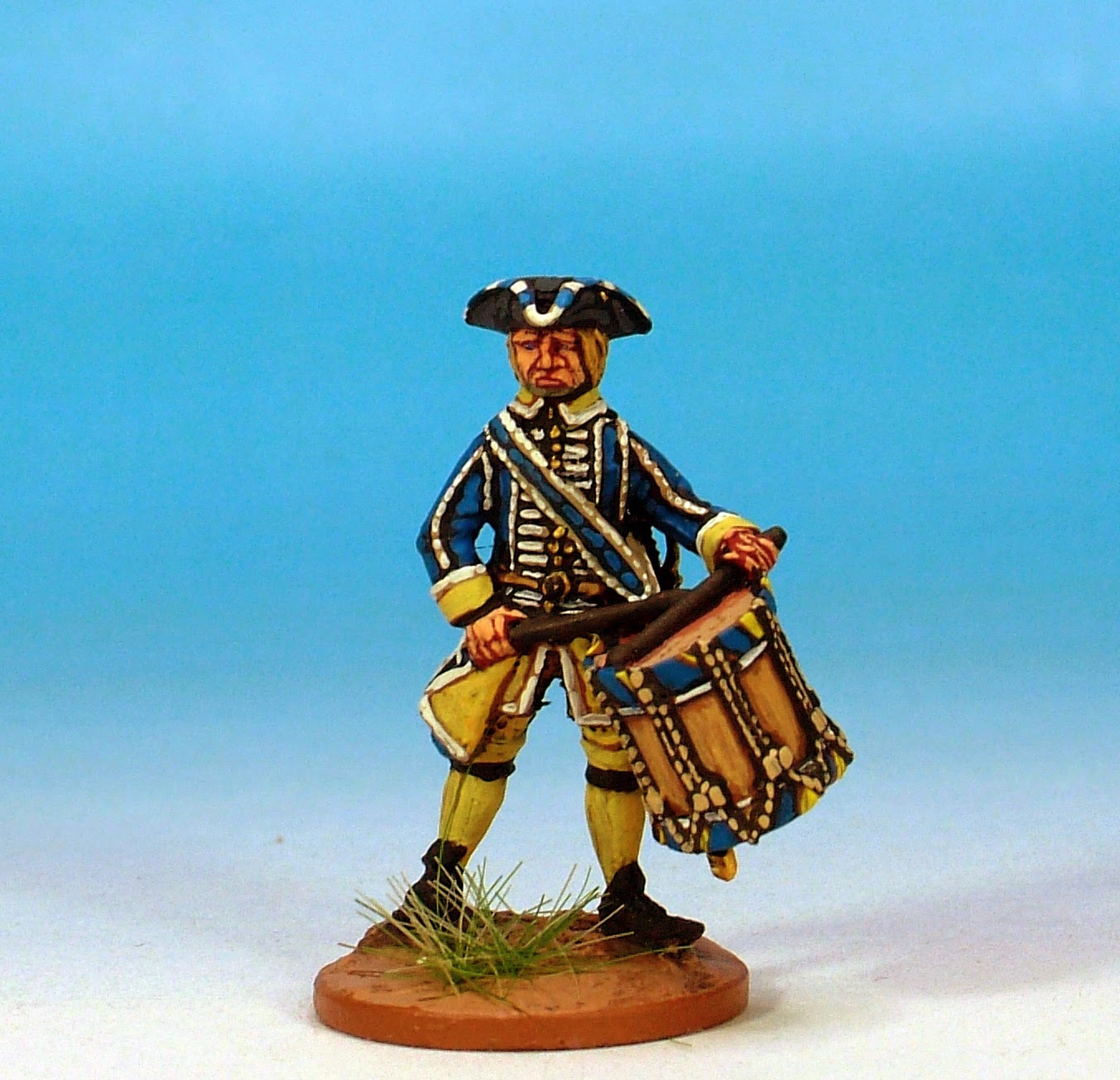 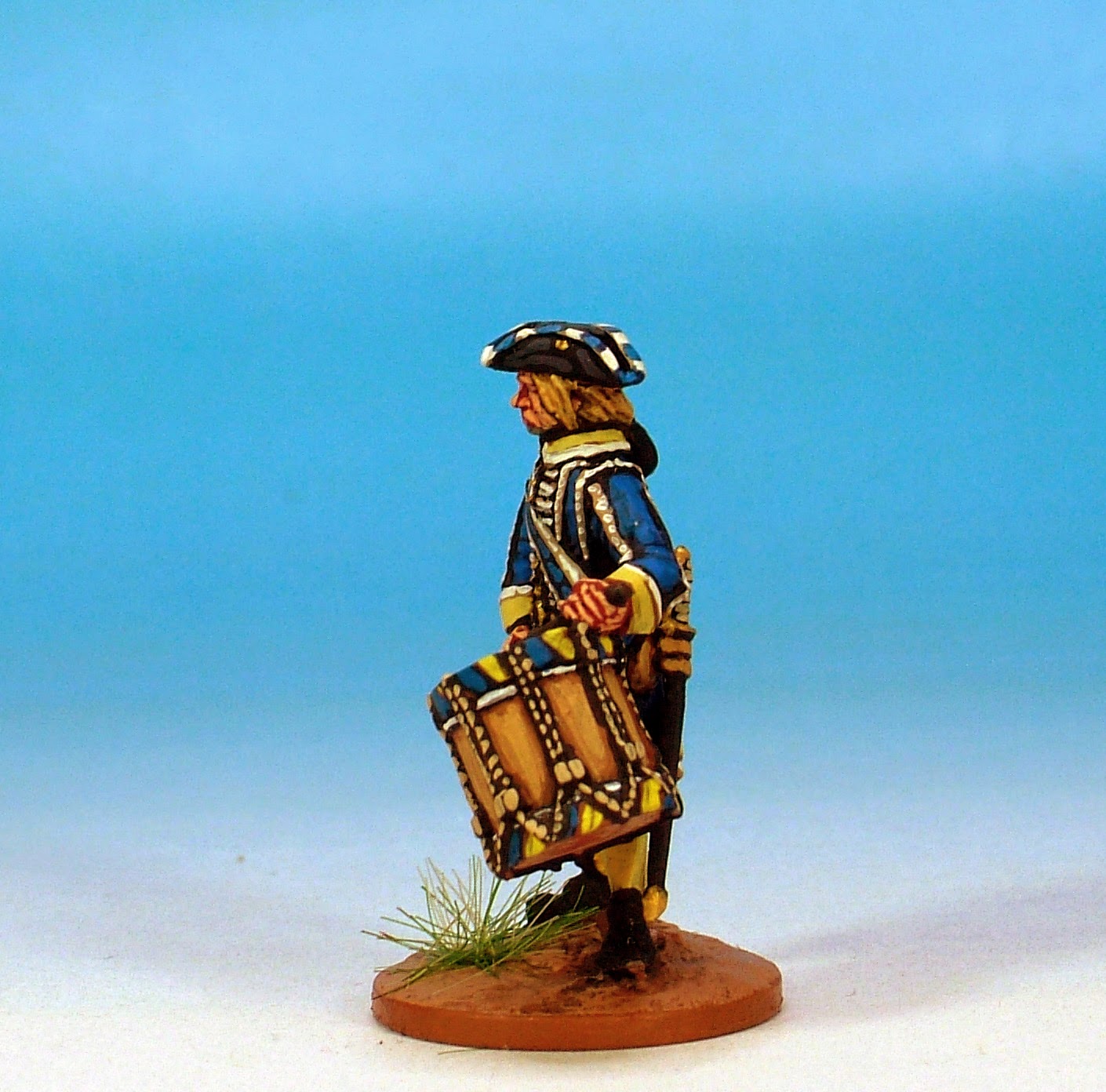 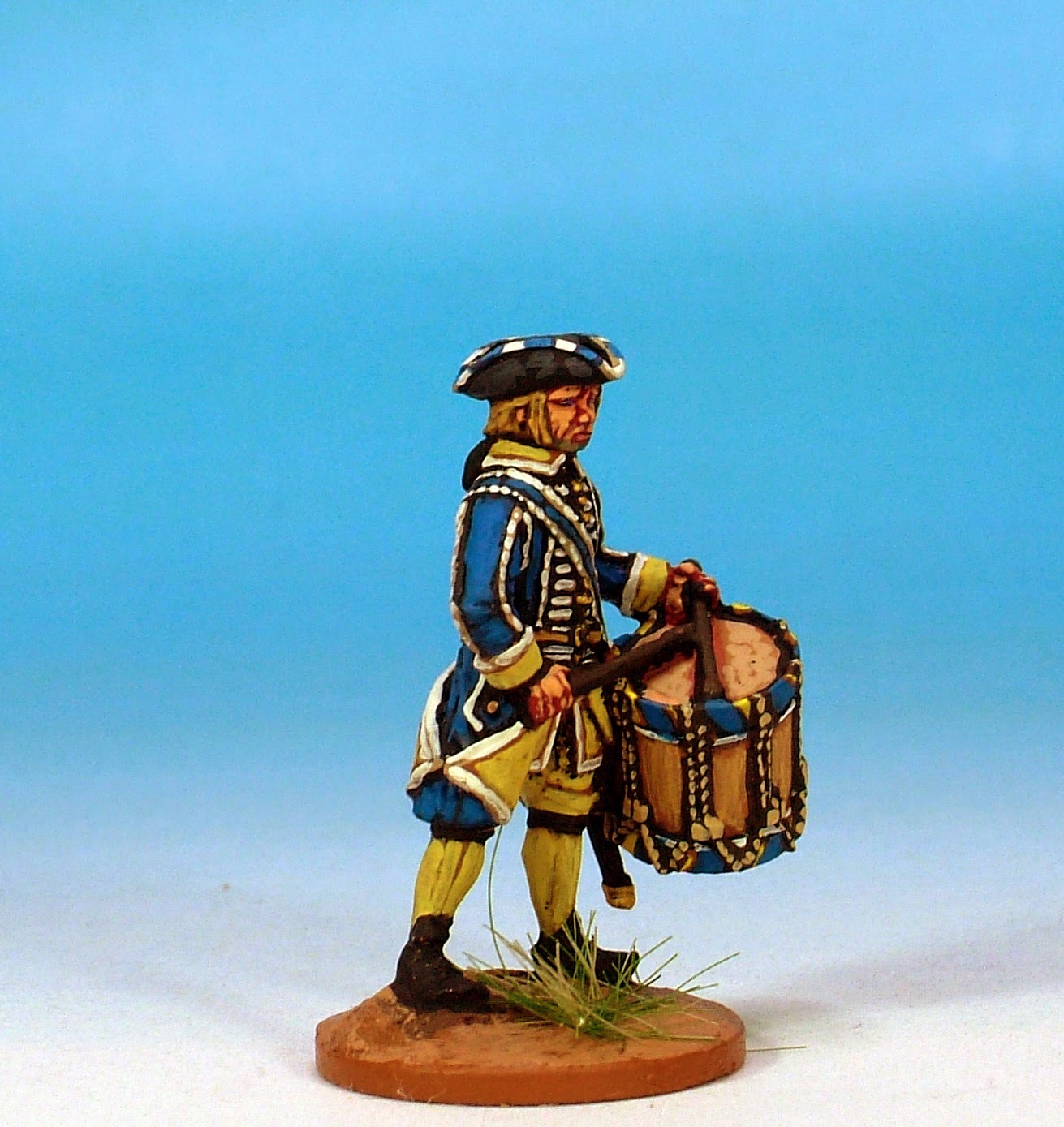 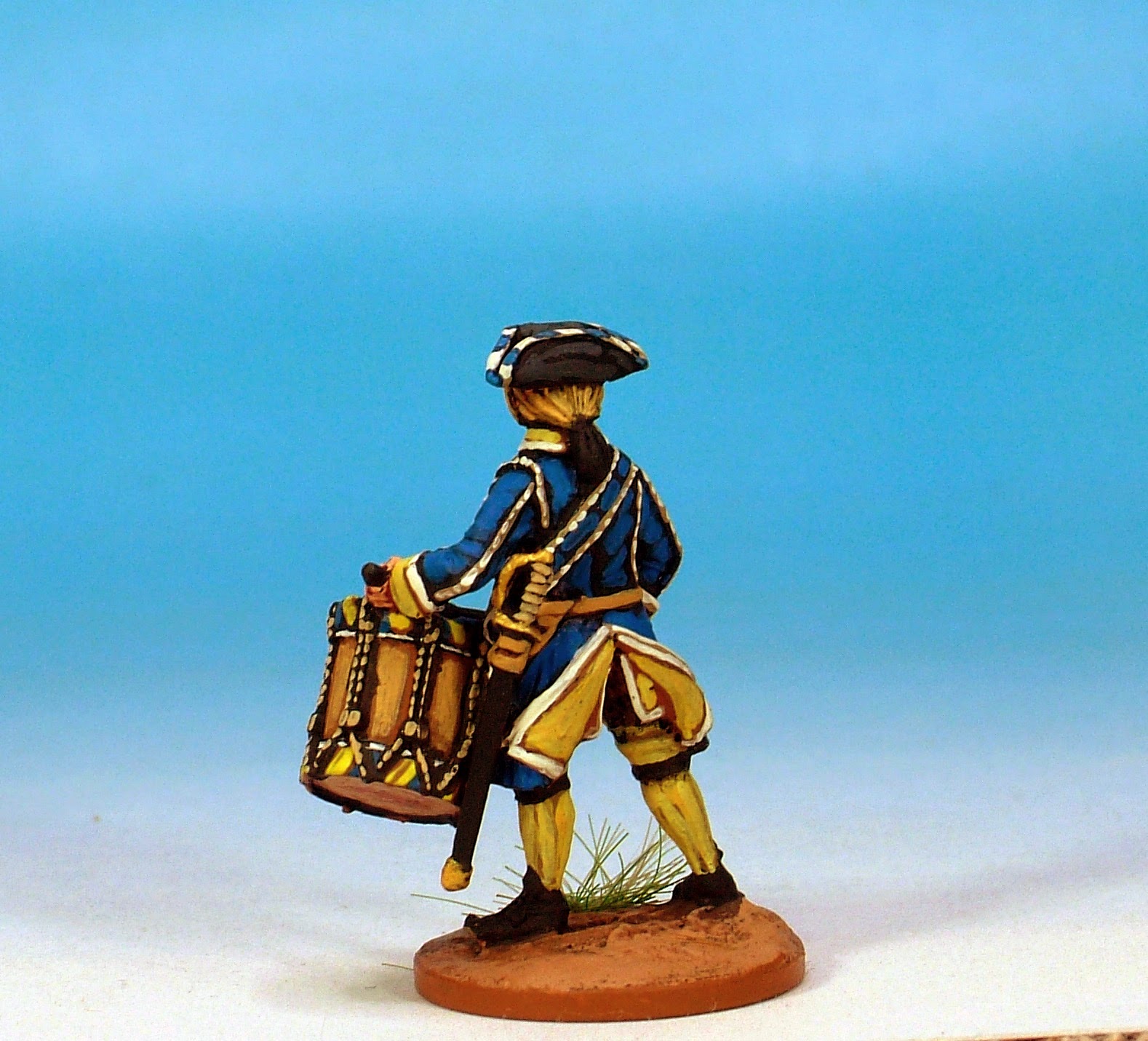 Each model is very individual in its character. The plainness of Swedish military dress is evident in these models as is the confident power of this remarkable army. 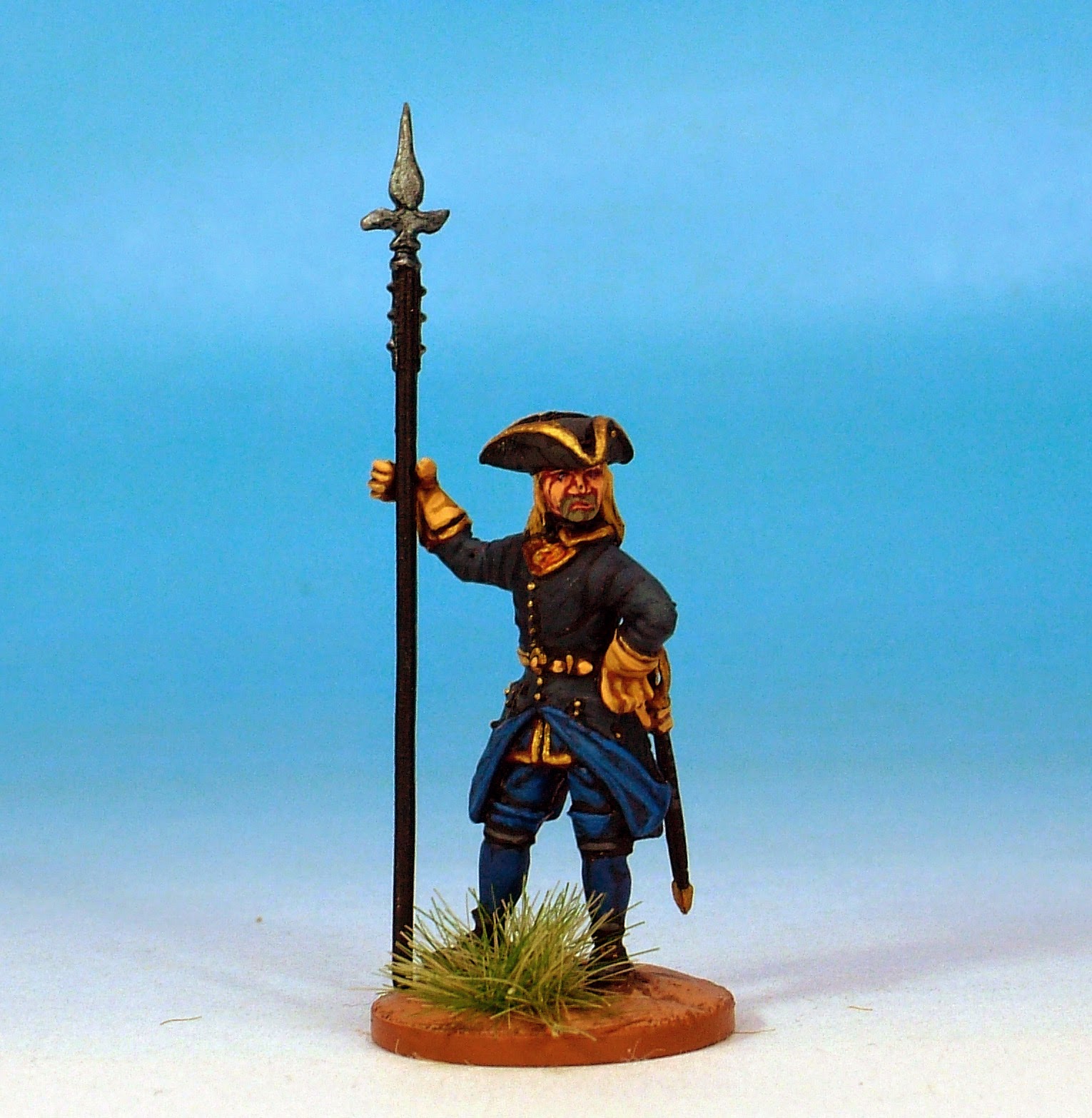 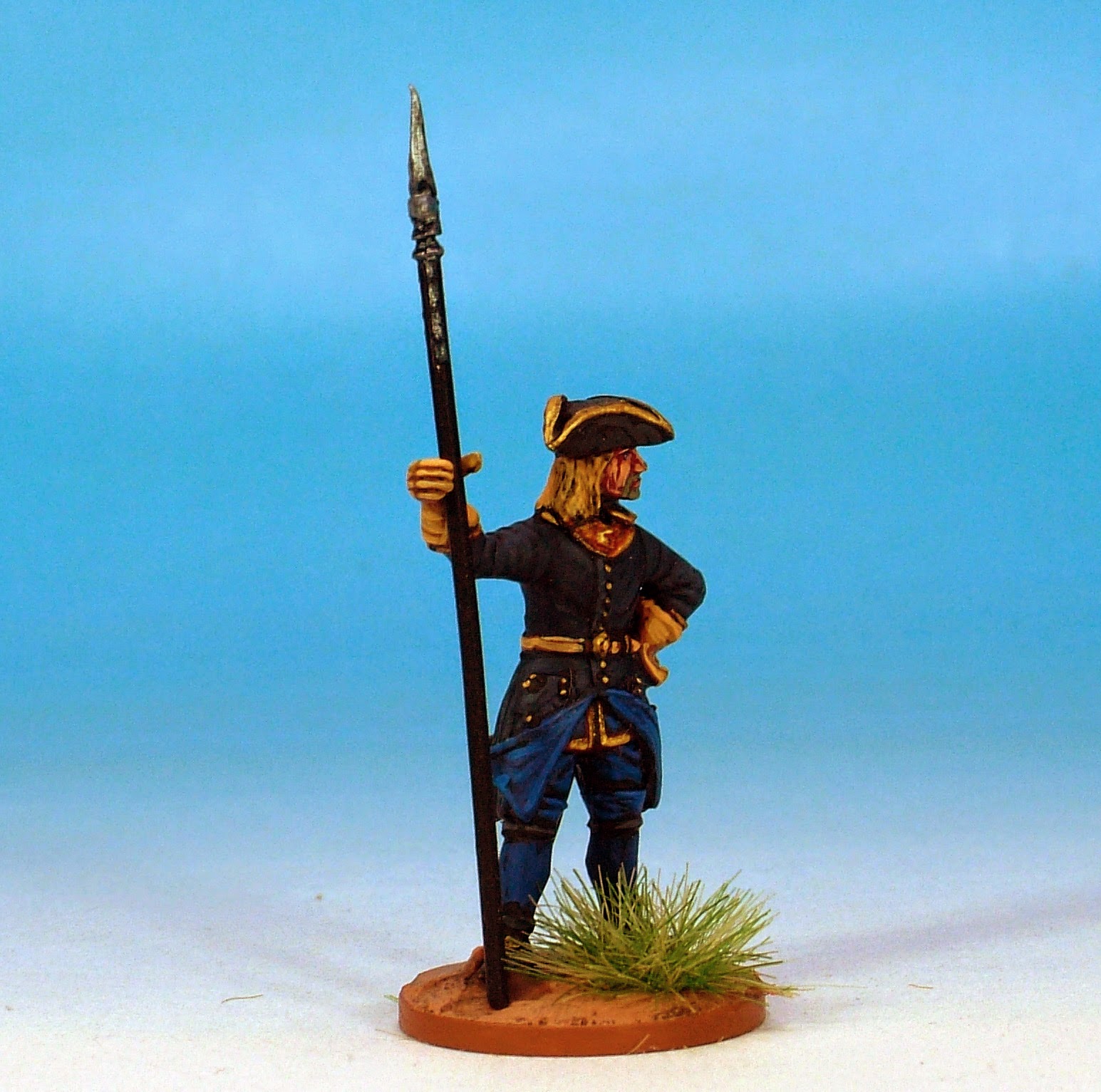 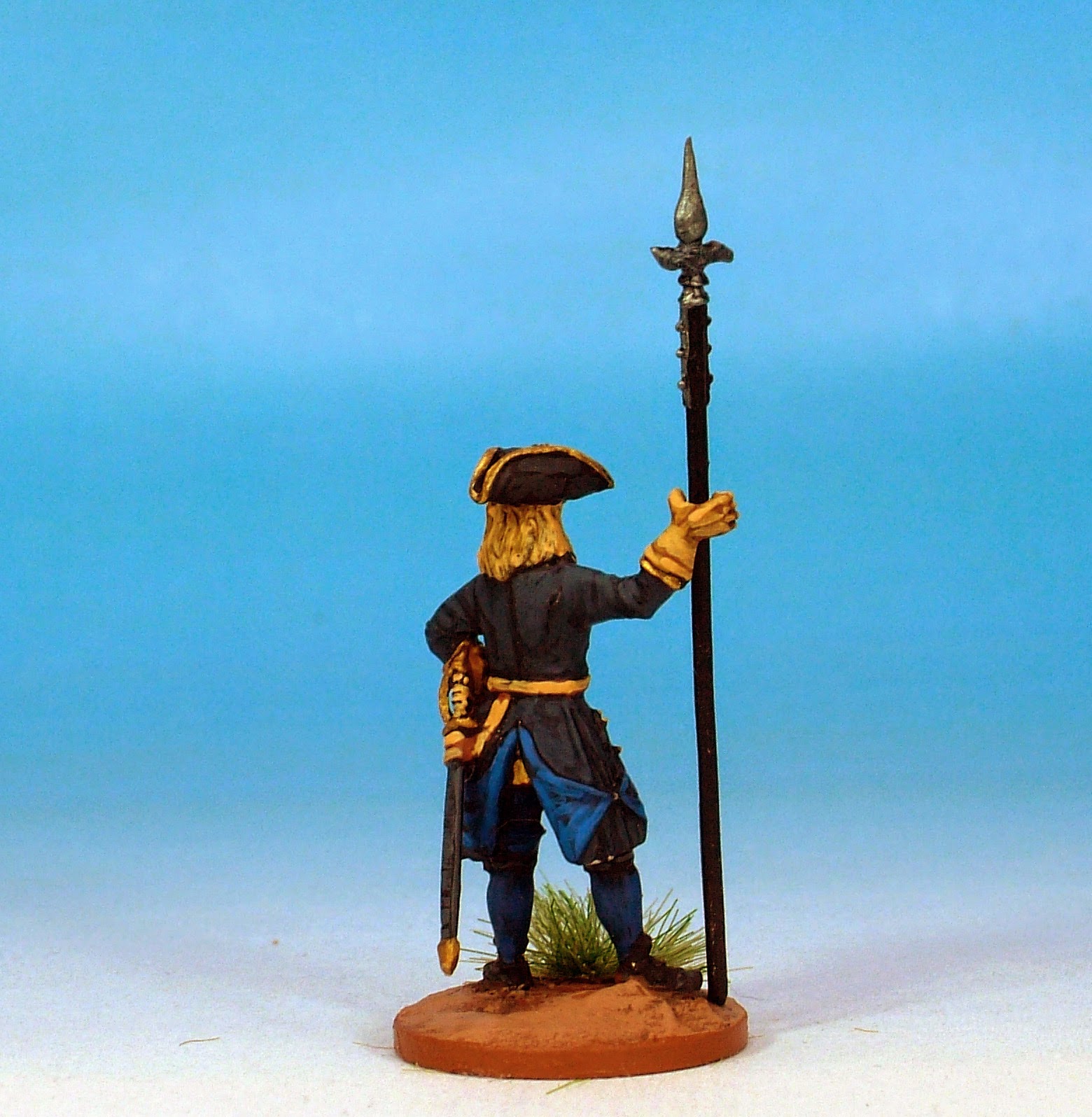 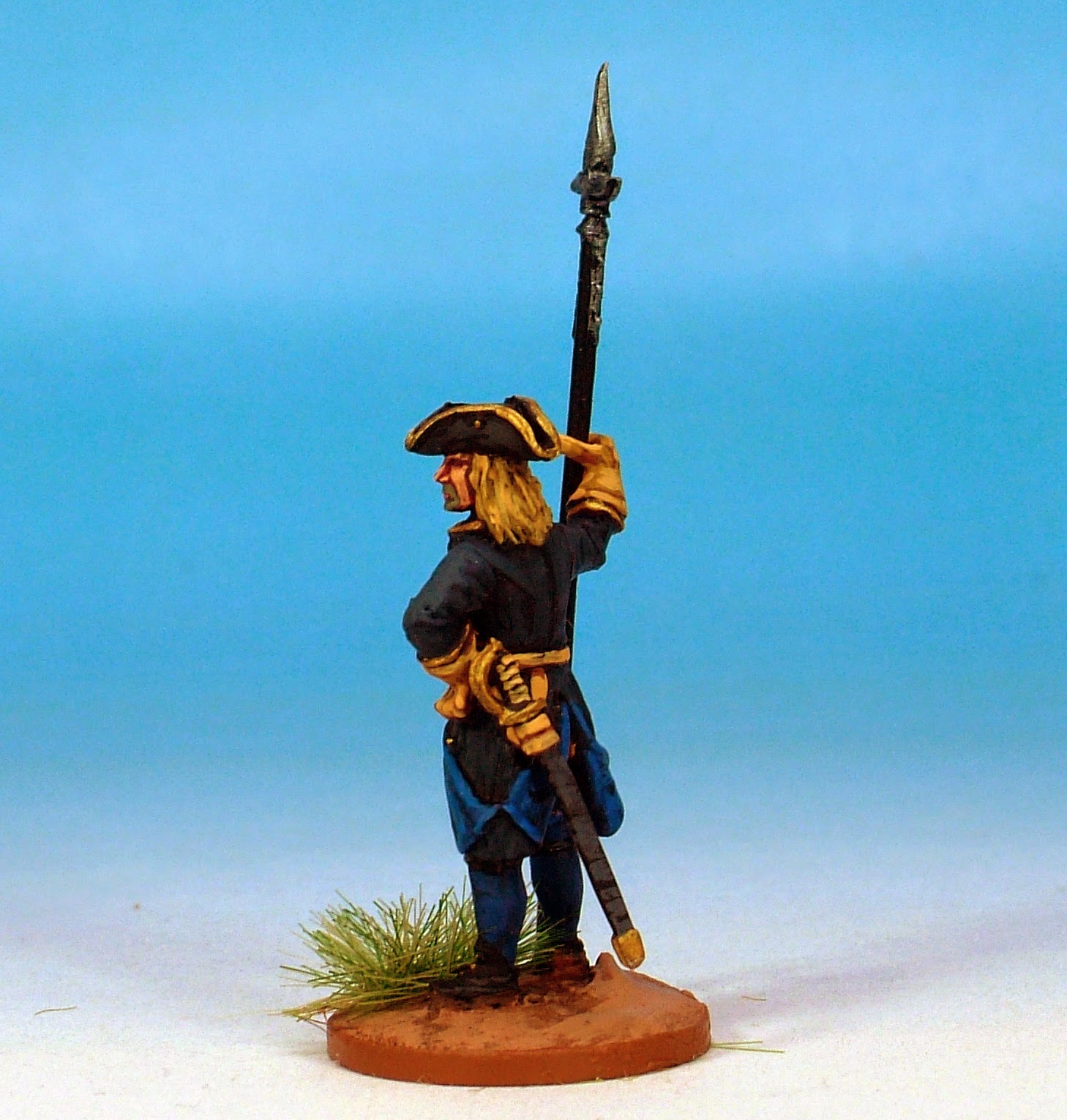 The drummer's instrument is well proportioned relative to the model and looks heavy! The shade of blue used in the drummers clothes is somewhat lighter than that used for the rest of the models. 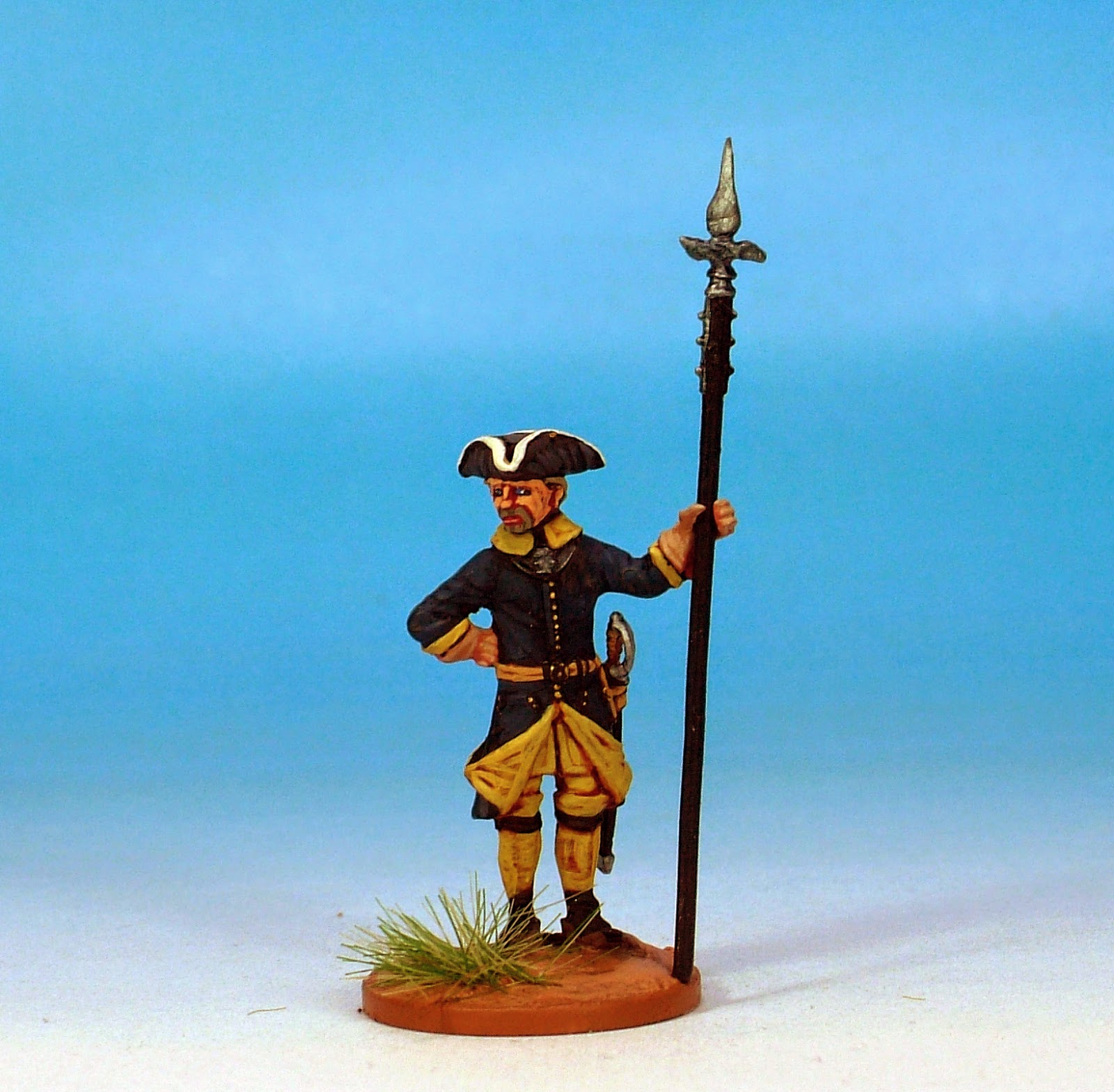 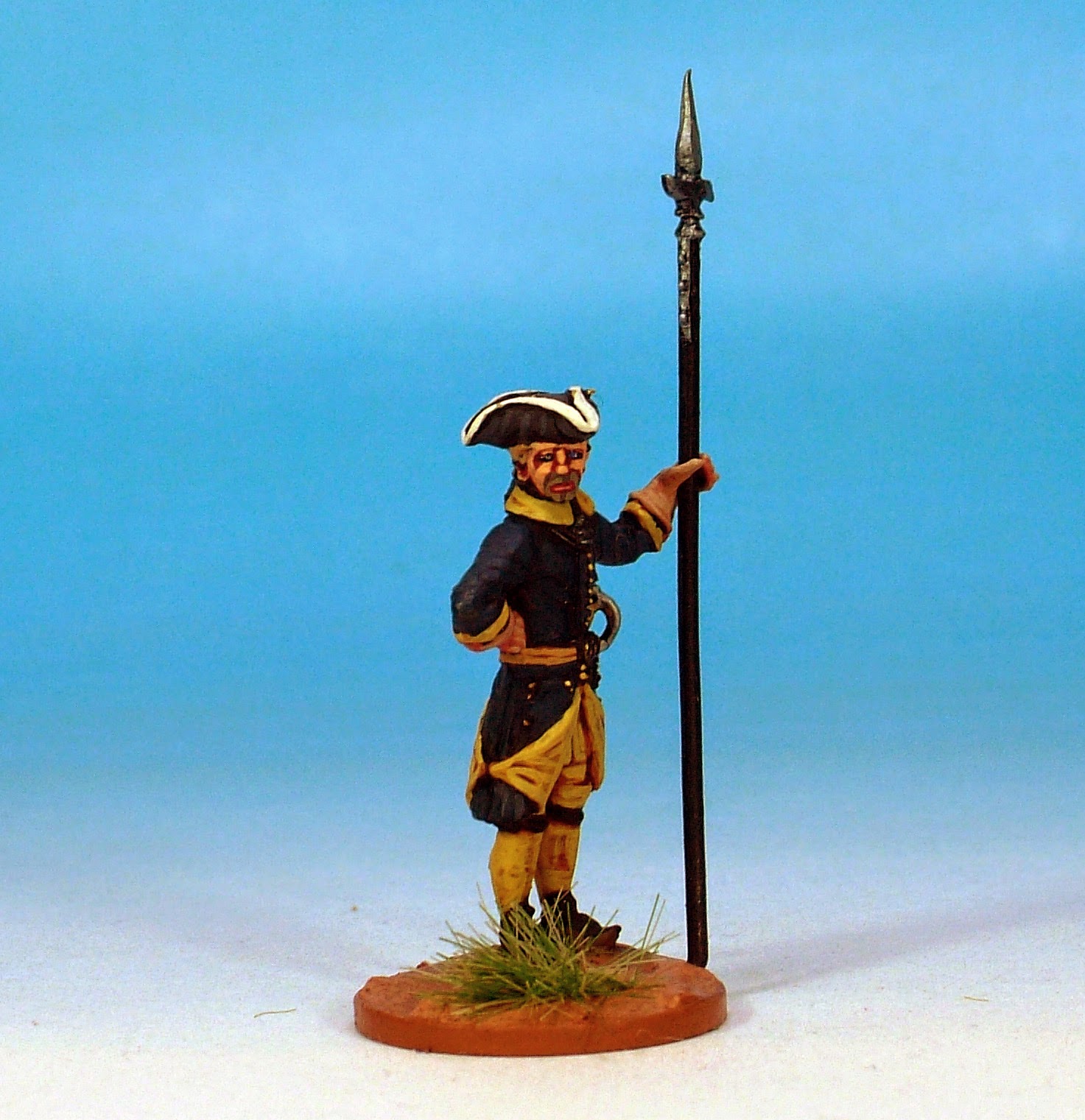 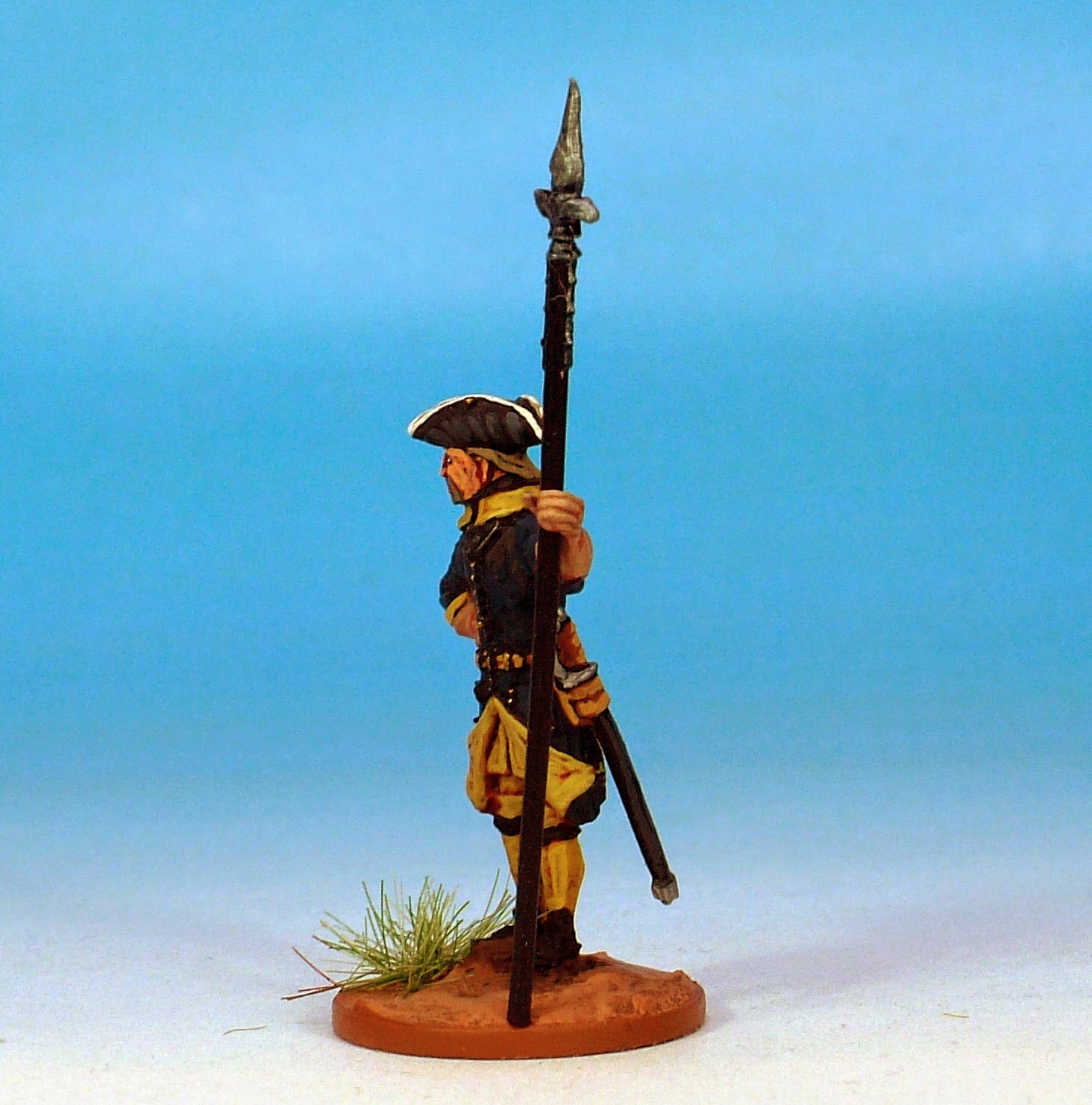 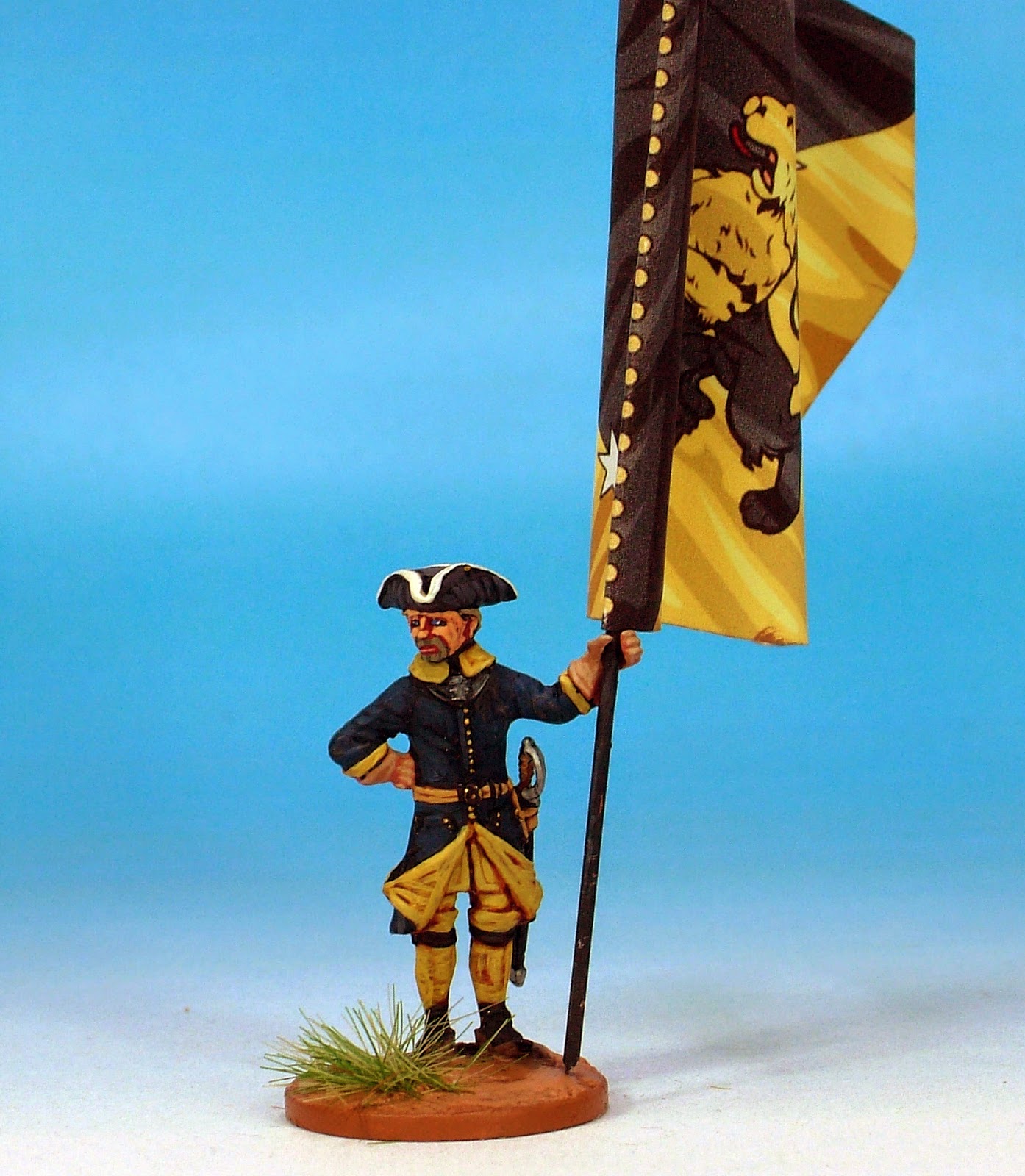 This is one of six command packs which will be available for the Swedish infantry giving a total of 18 officer, 6 sergeant and 6 drummer variants.