by Barry Hilton July 21, 2014
This code is completed in a very plain style of karpus. The karpus was available in numerous styles and cuts during the period of the GNW. A flick through Aberg & Goransson's KAROLINER will show in the numerous pencil sketches the huge variety of manufacture and wearing styles. 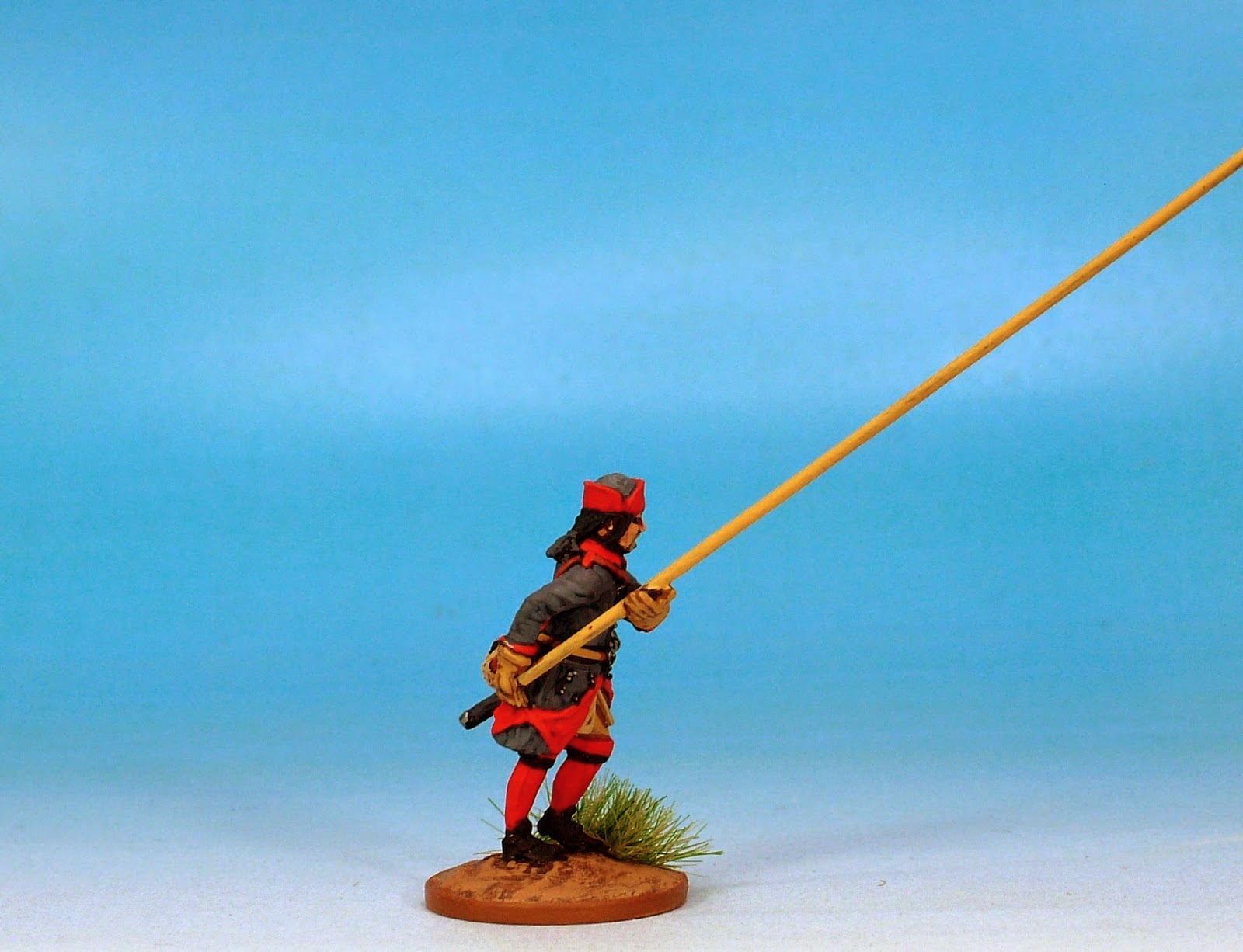 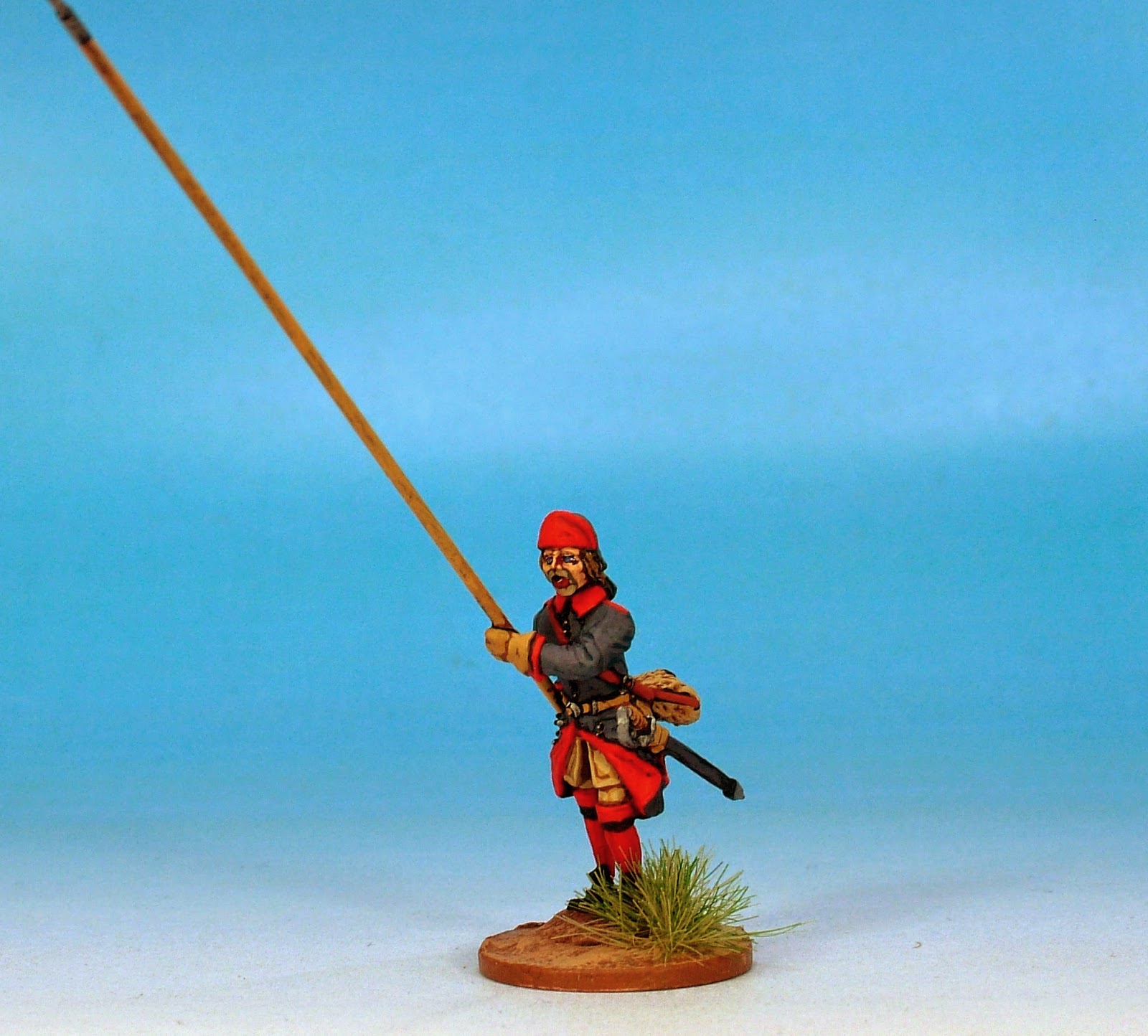 This code is extremely animated and utilizes several dolly poses to create a high degree of movement within the pack. Swedish uniforms although simple are really no quicker to paint than others mainly because the large coat turn backs require a little attention if they are to look good. 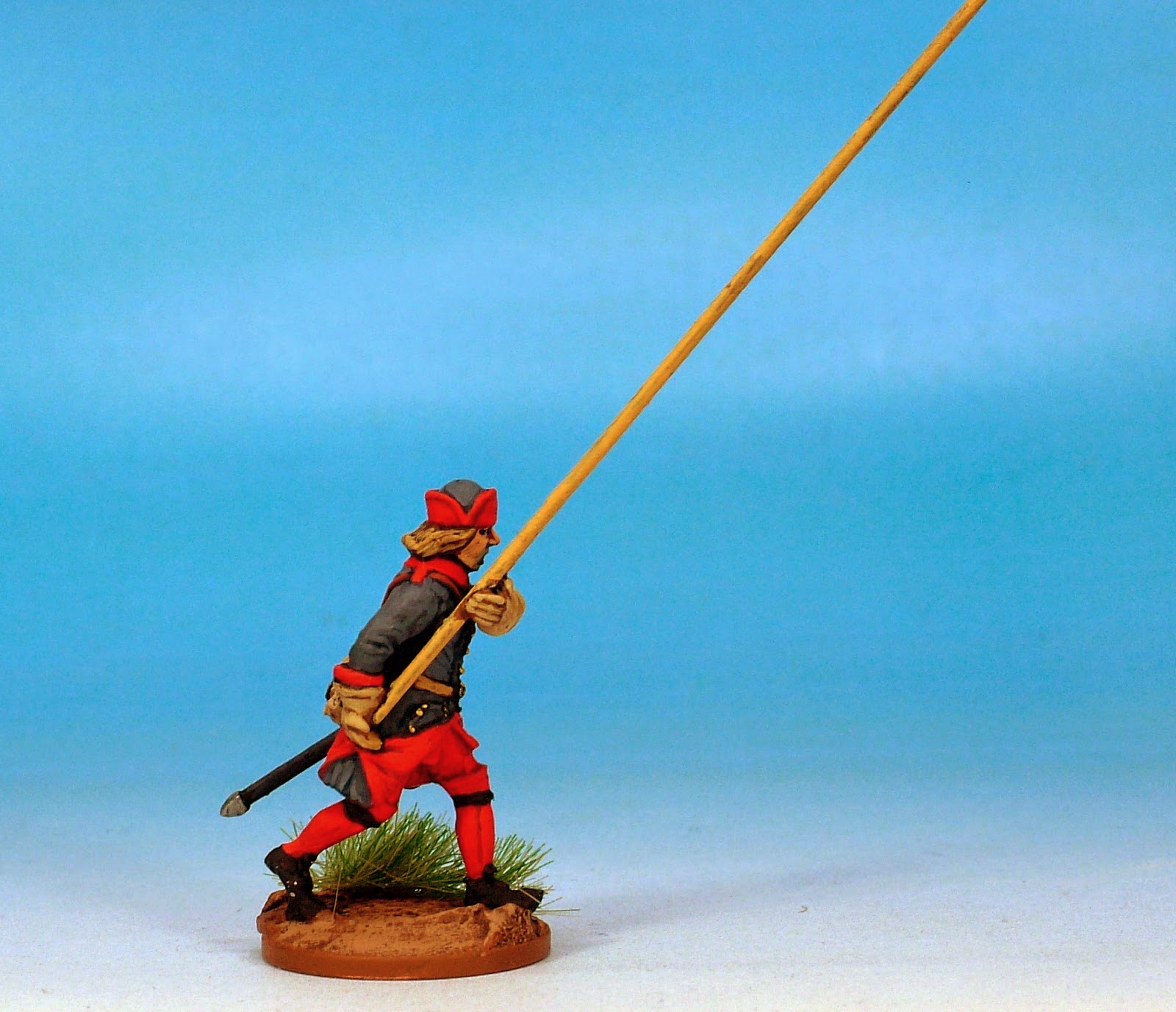 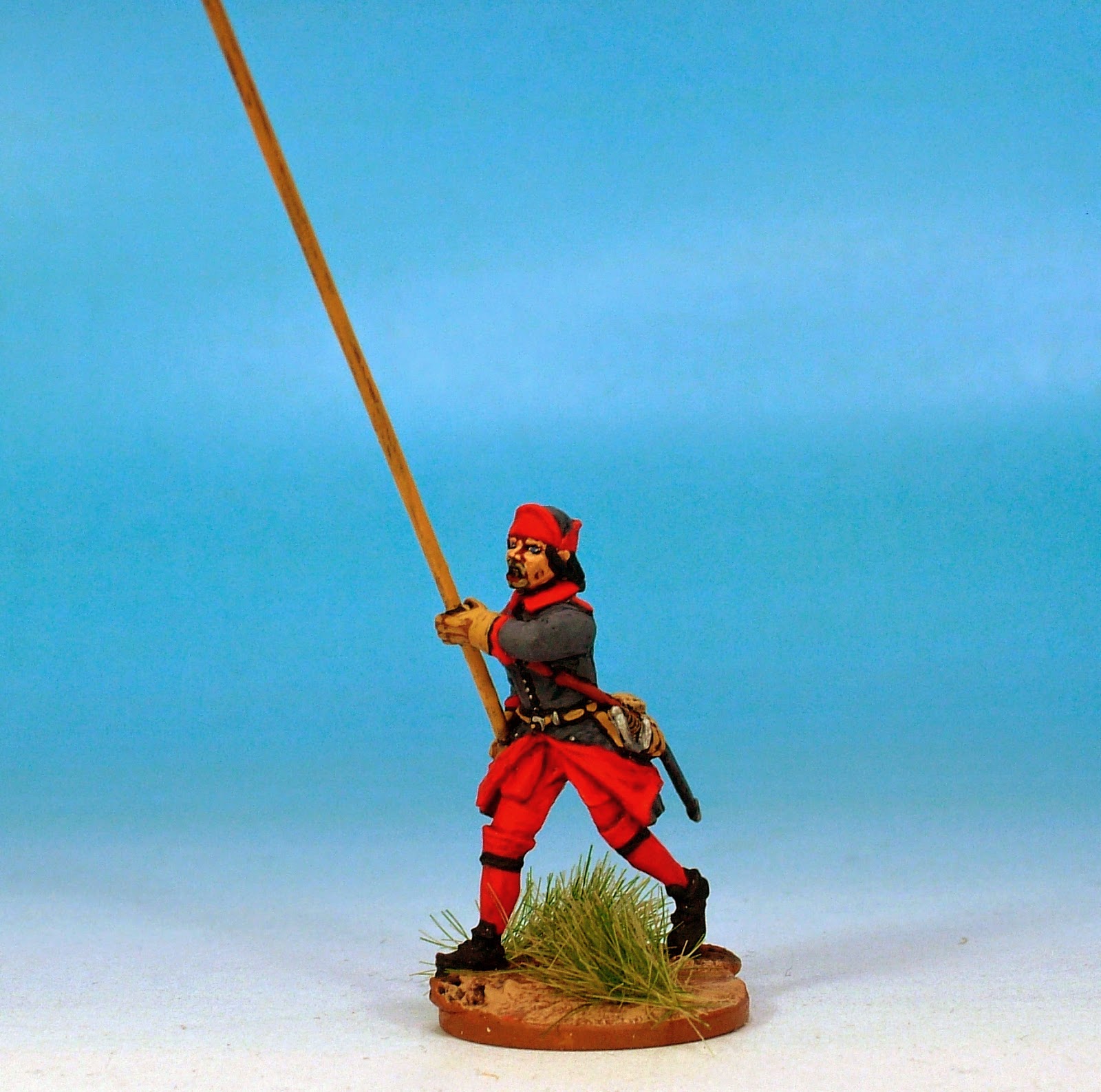 I have chosen a colour combination which can make these chaps represent the Narke-Varmlands Regiment in the period of the war. I have used a rather faded blue based on a Vallejo favourite of mine - Luftwaffe grey -blue. In a slightly nonsensical contrast I have made their red facings rather vivid but it produces a nice effect. 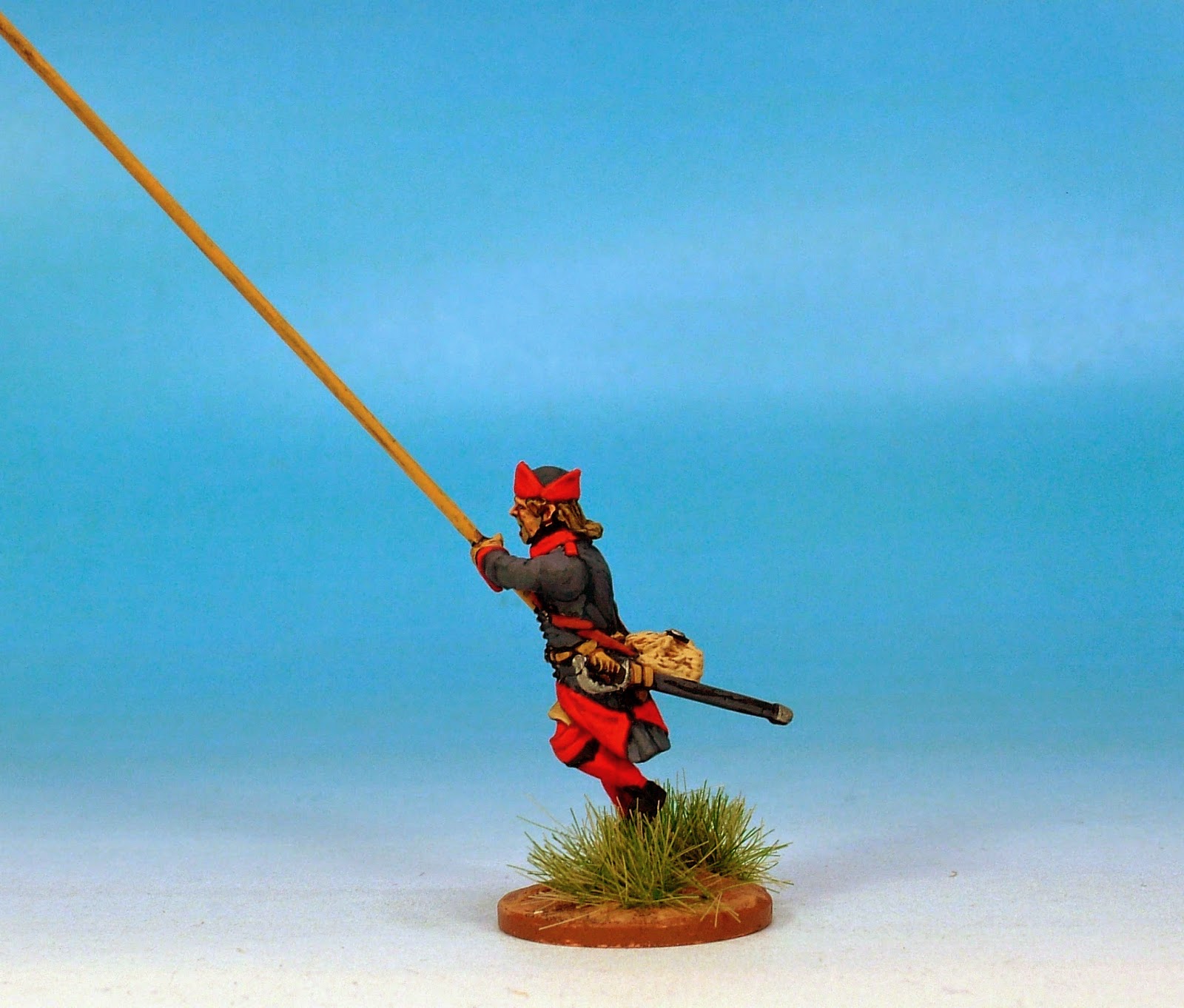 The equipment is done in desert yellow. and the gauntlets highlighted in Iraqi Sand. 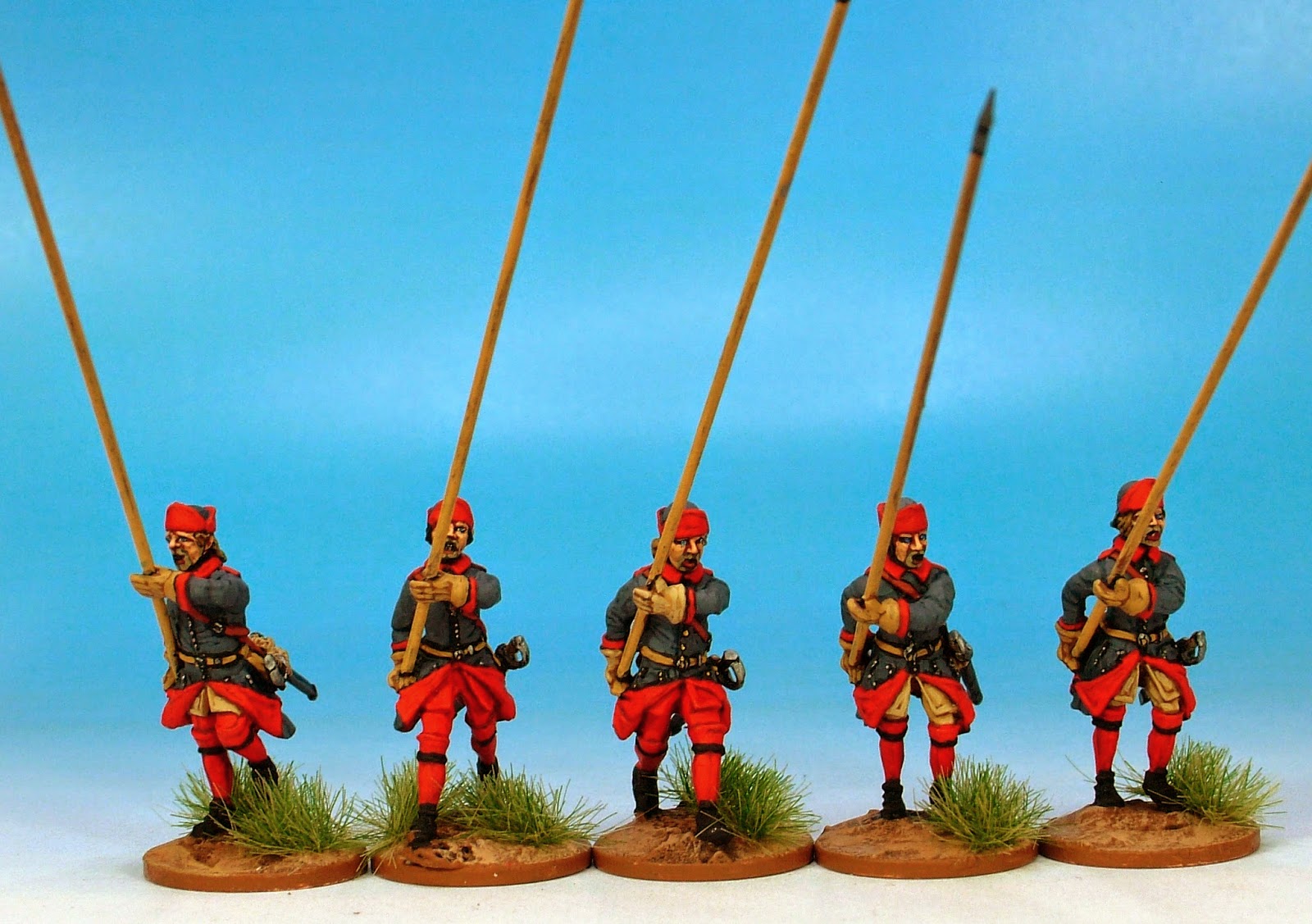 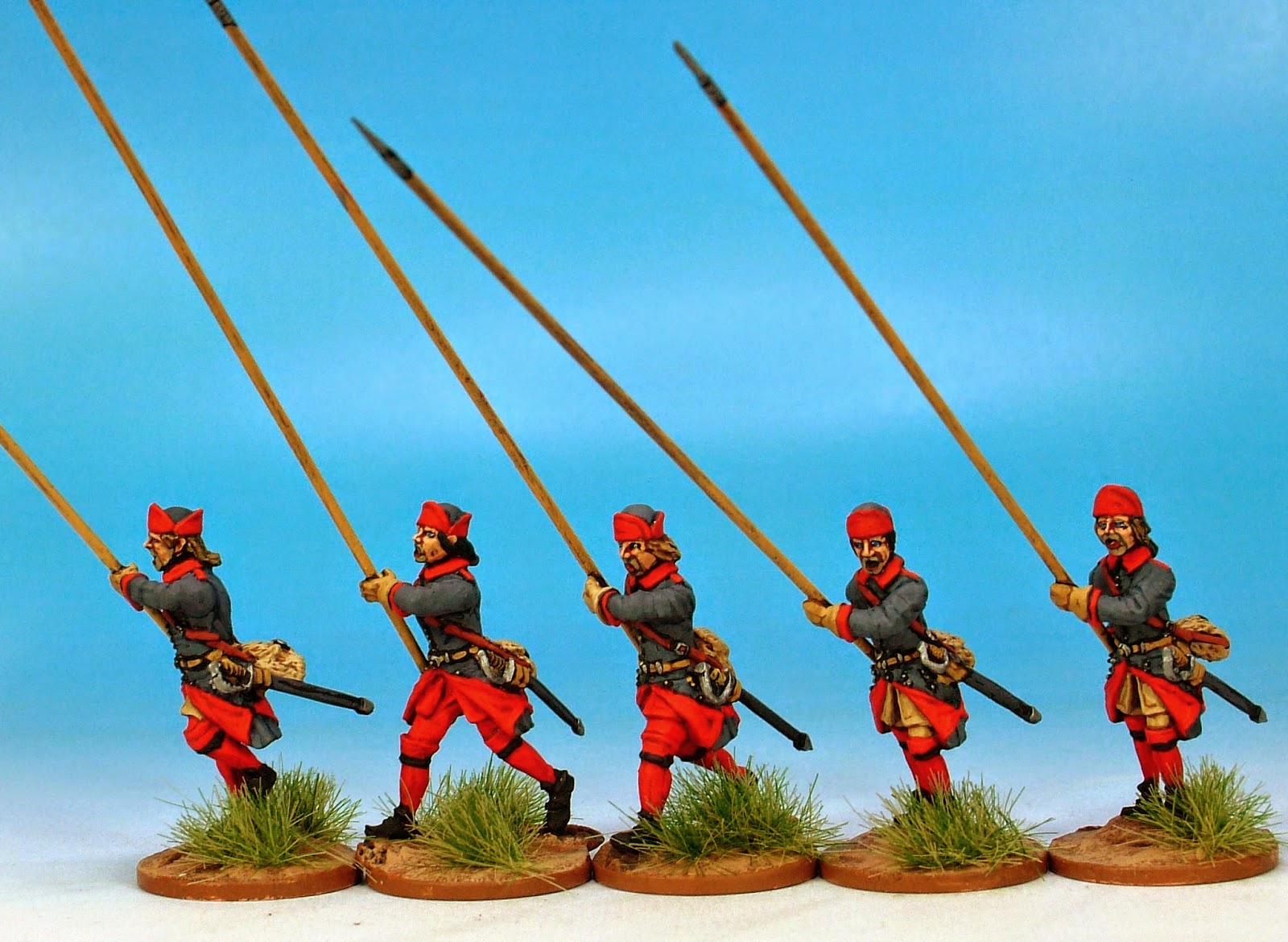 This code should be commercially available from sometime in July 2014 along with around another 9 codes from the range. It does not yet have an official code number.