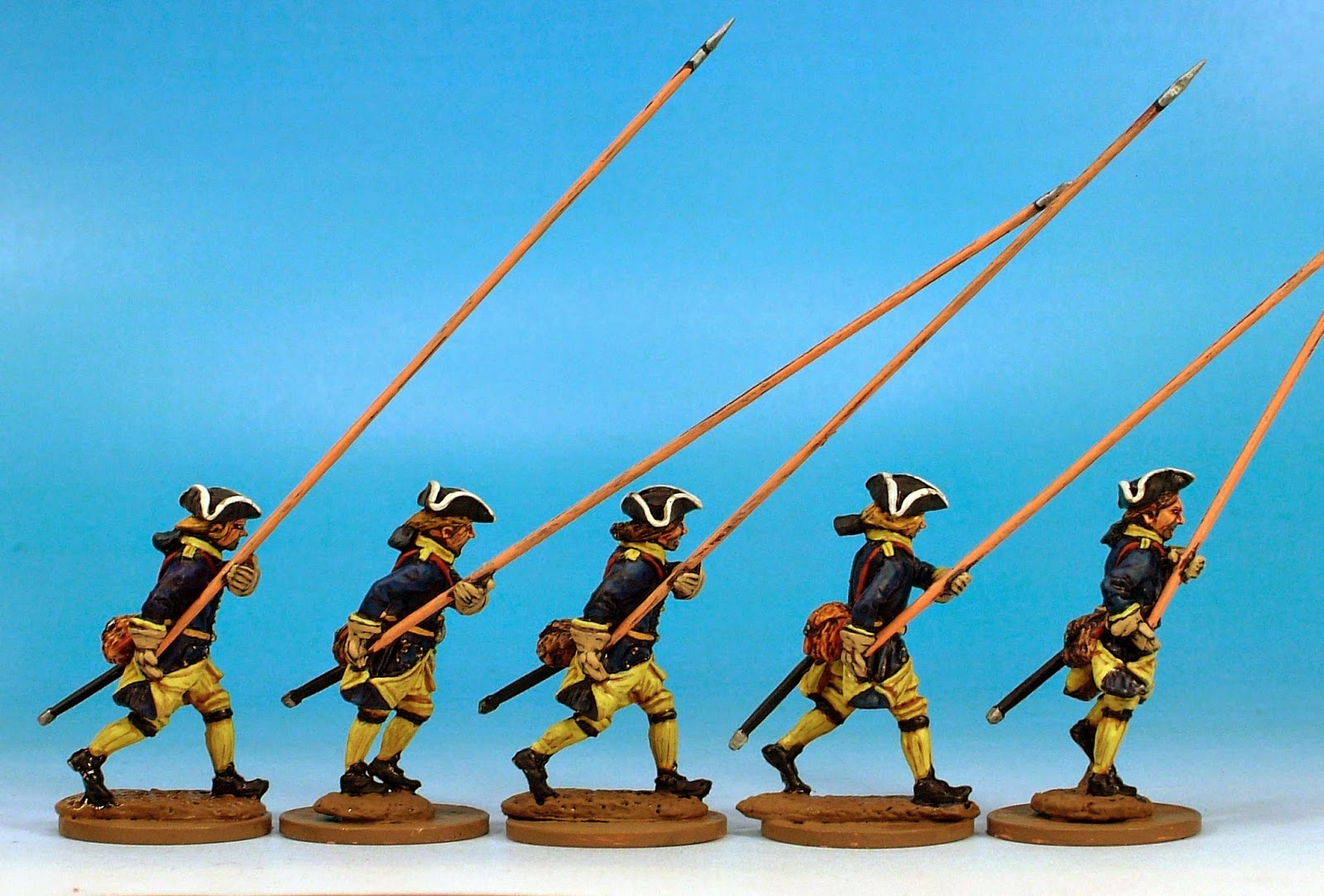 I love this code! This is the default uniform of Swedish troops of the period. Tricorned, hair-bagged with the addition of the calfskin campaign haversack. The movement that Clibinarium has managed to inject into these models is quite remarkable. 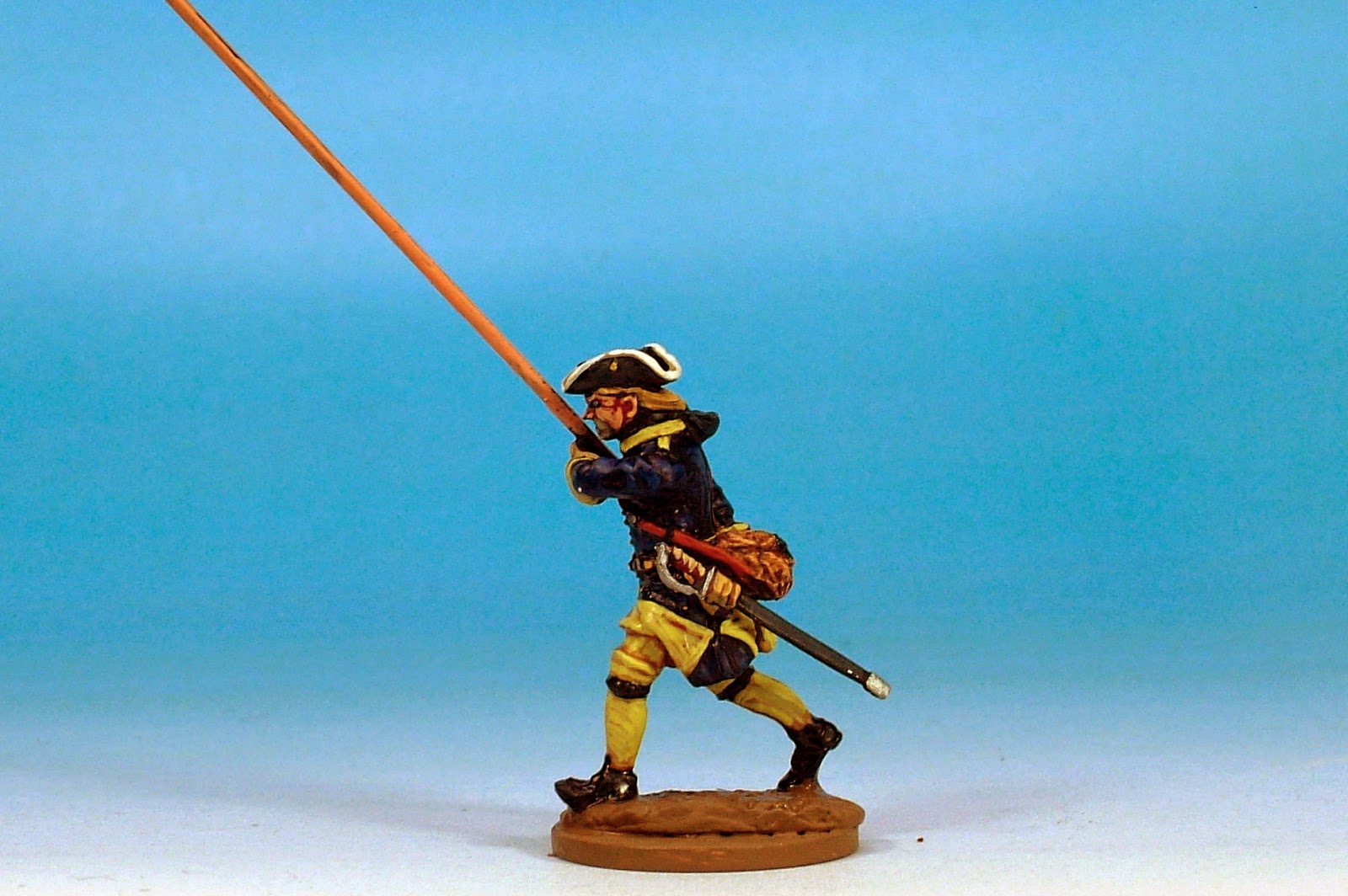 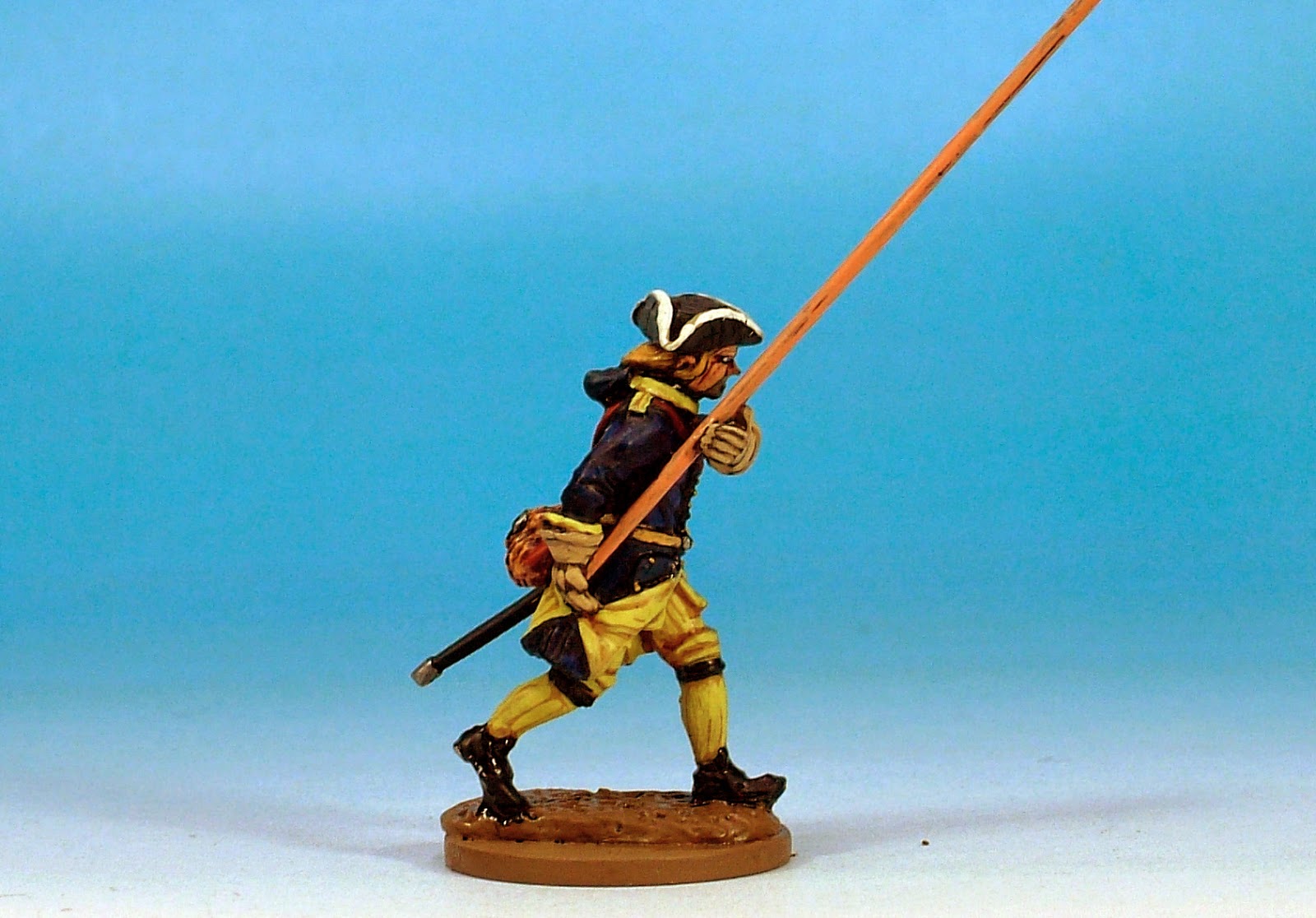 Four dollies were used to create the dynamic poses available. All pikemen have gauntlets. The uniform colours I used to paint these models are as close to the 'standard' expected for Swedes that I am likely to get. 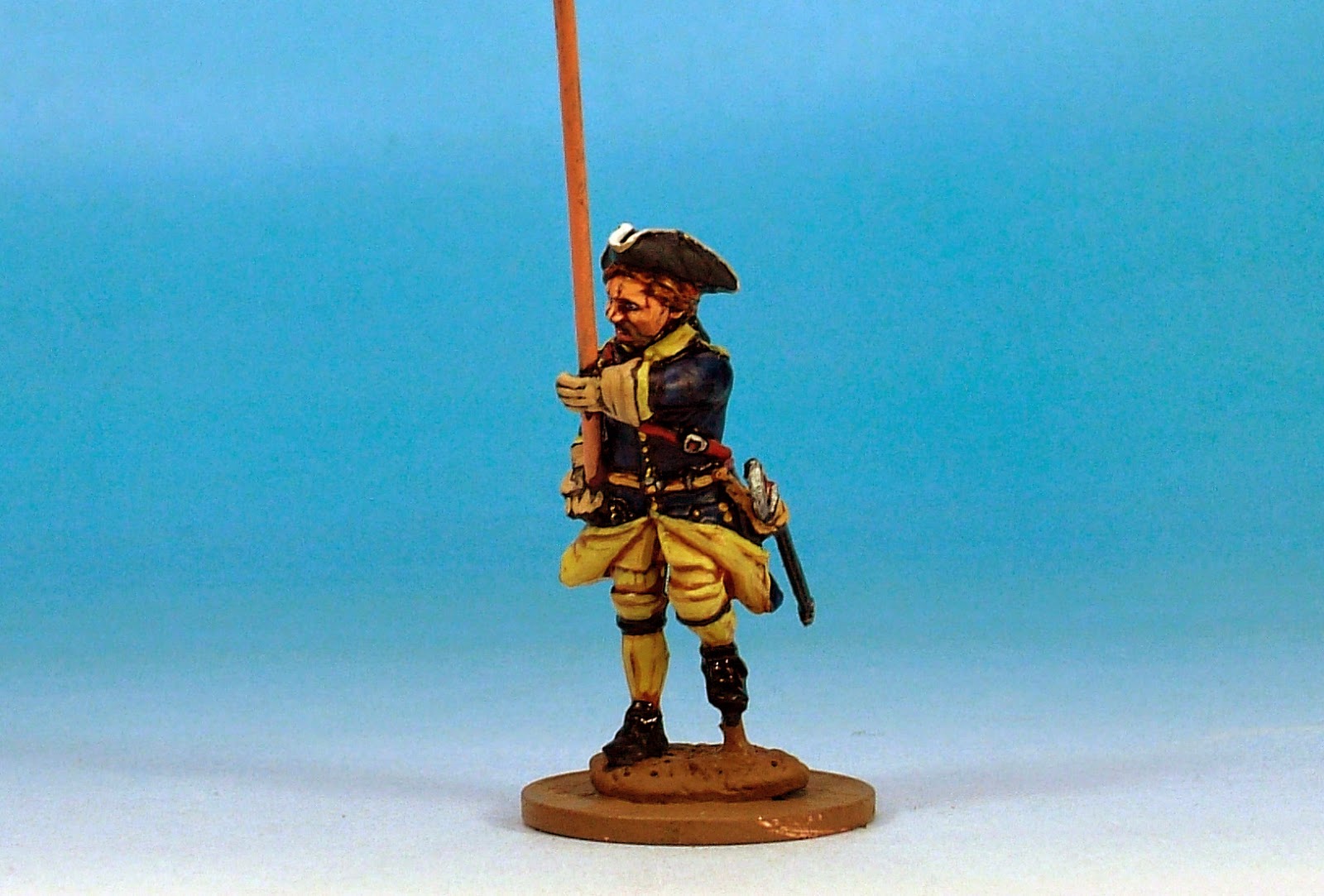 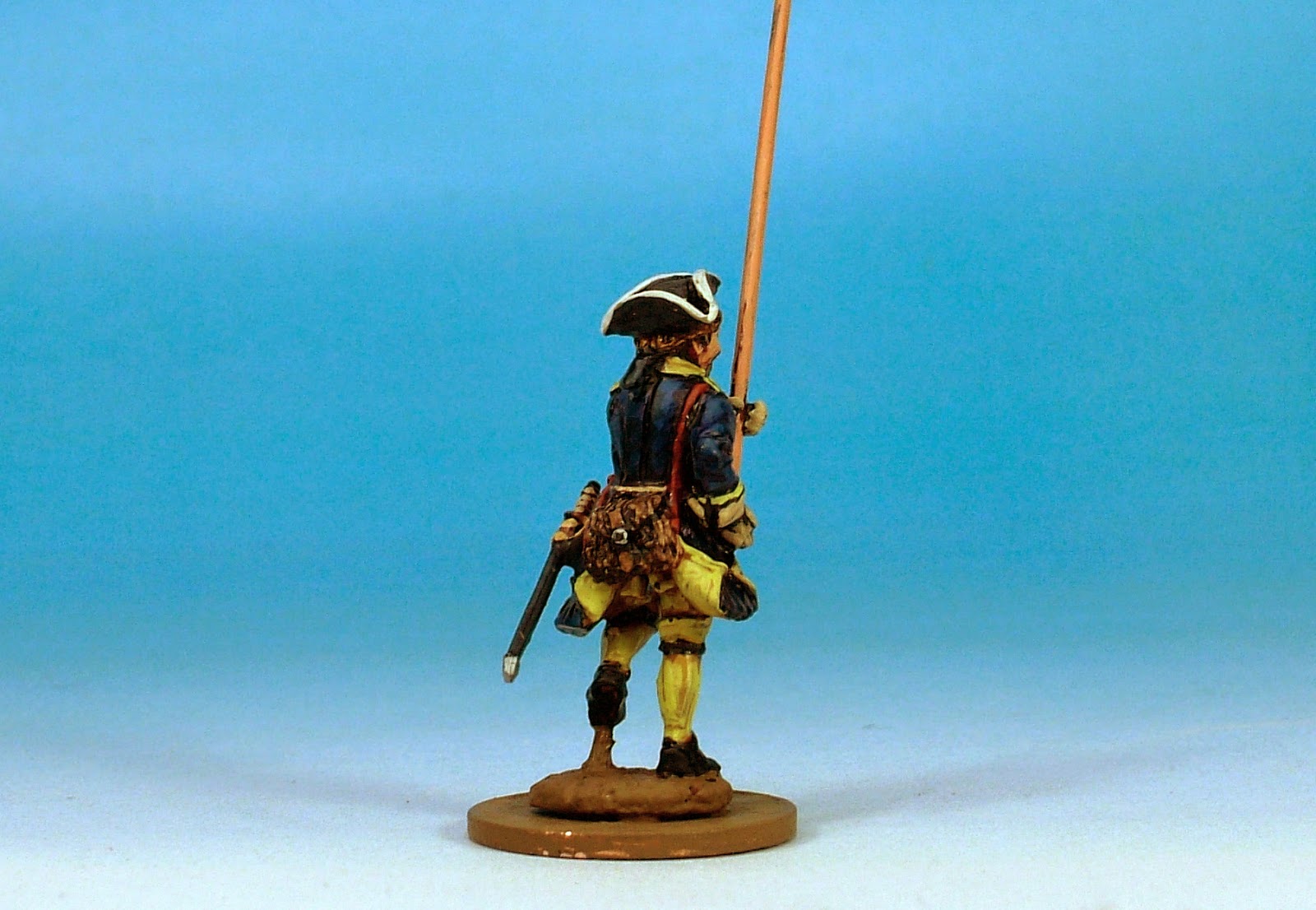 The yellow is quite vivid with the final highlight a very pale German Camo Yellow. The blue has a Night Blue + Black base and after highlighting was washed down in a blue-black mix with water. 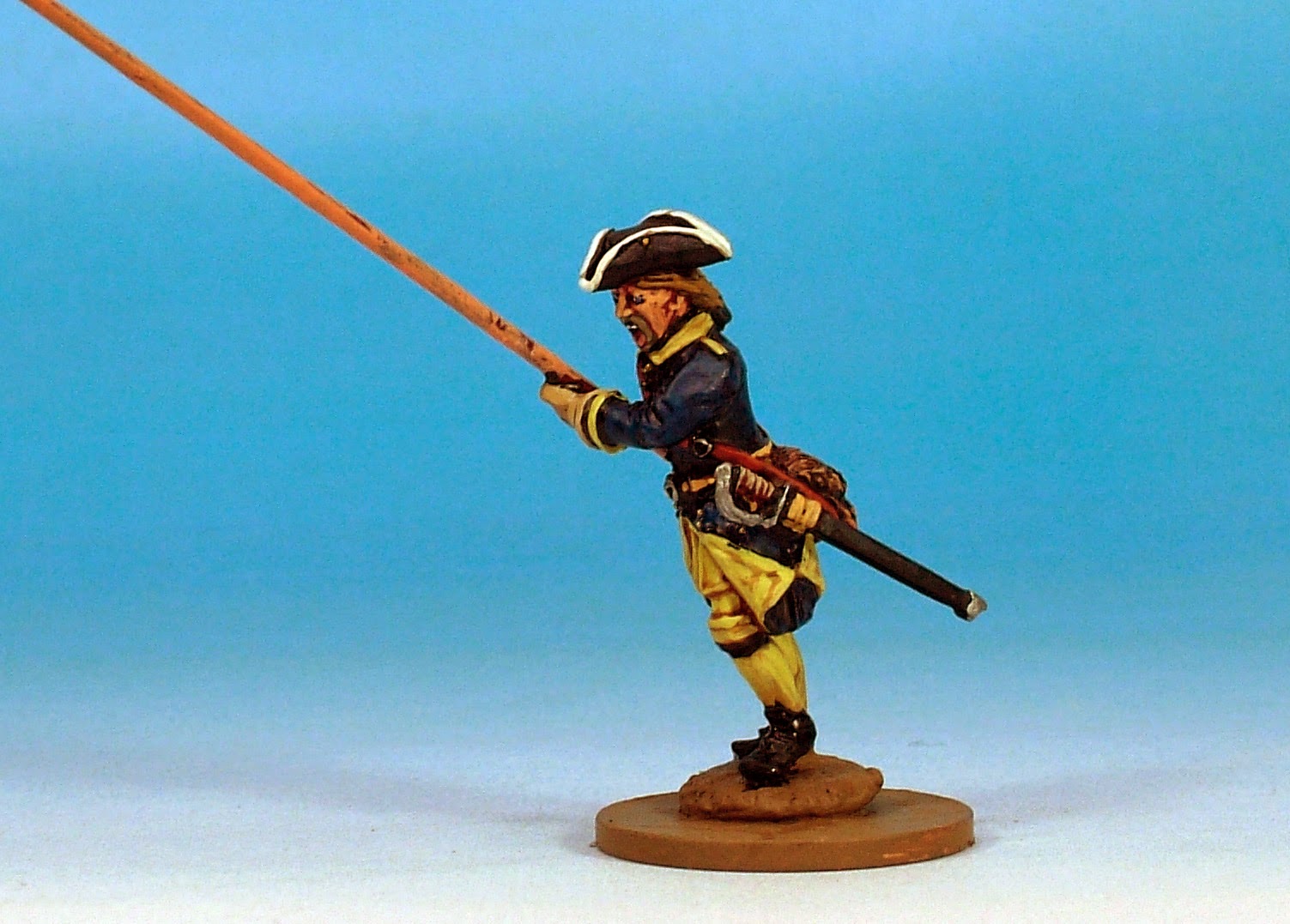 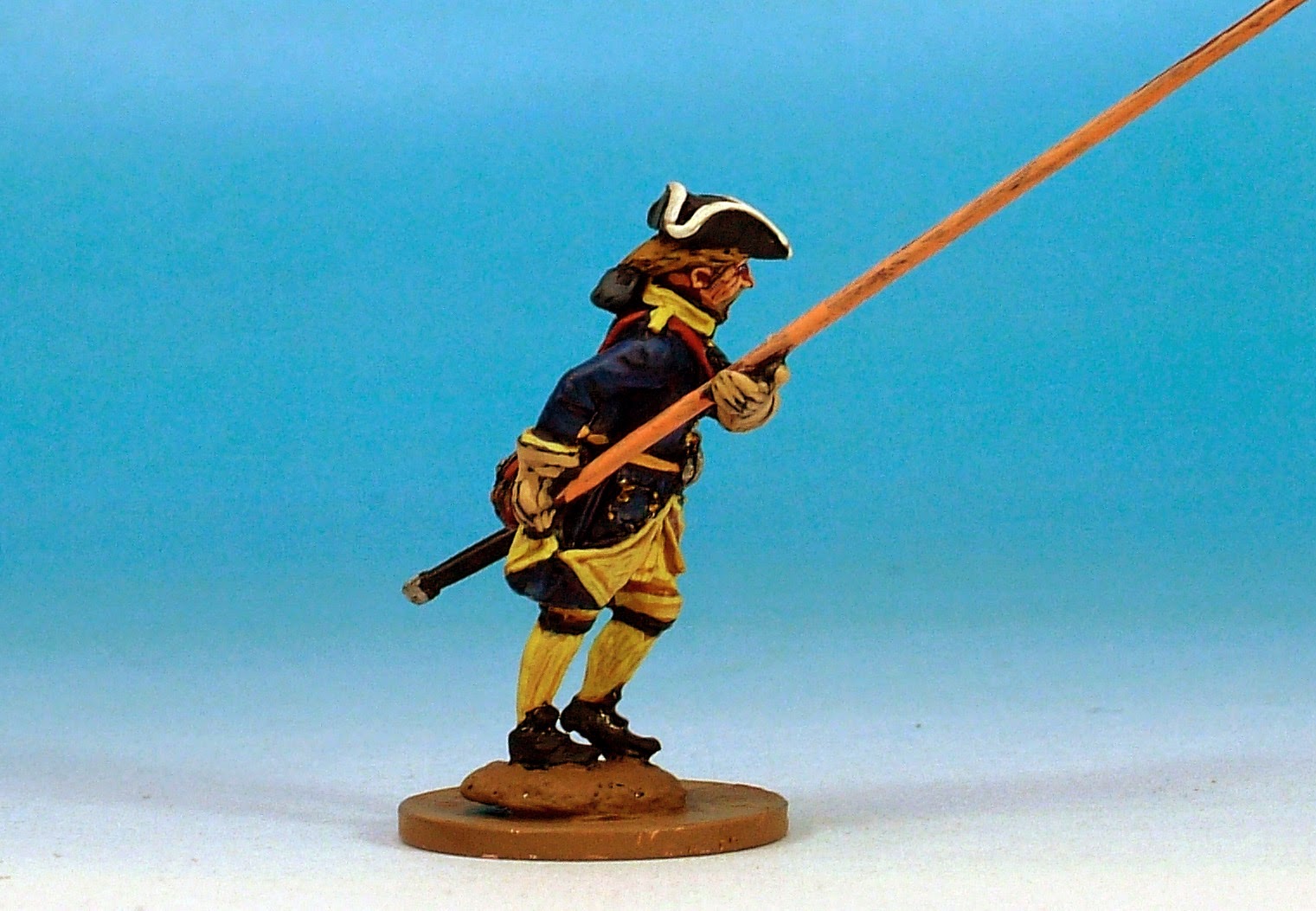 Having taken individual shots of the models I then based them together in a three deep configuration with which intend to build up some larger sized units using a roughly 1:10 model to man ratio. 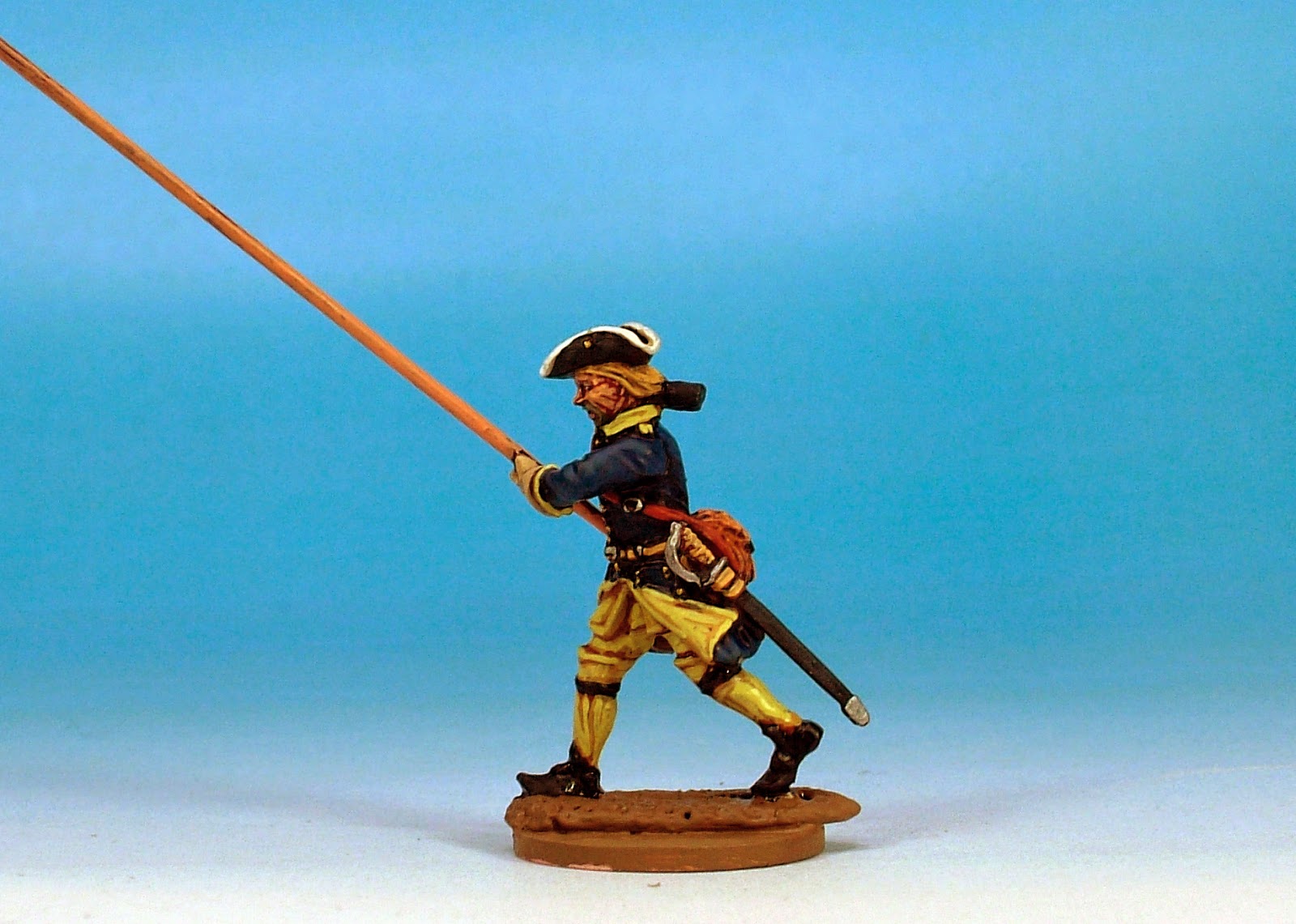 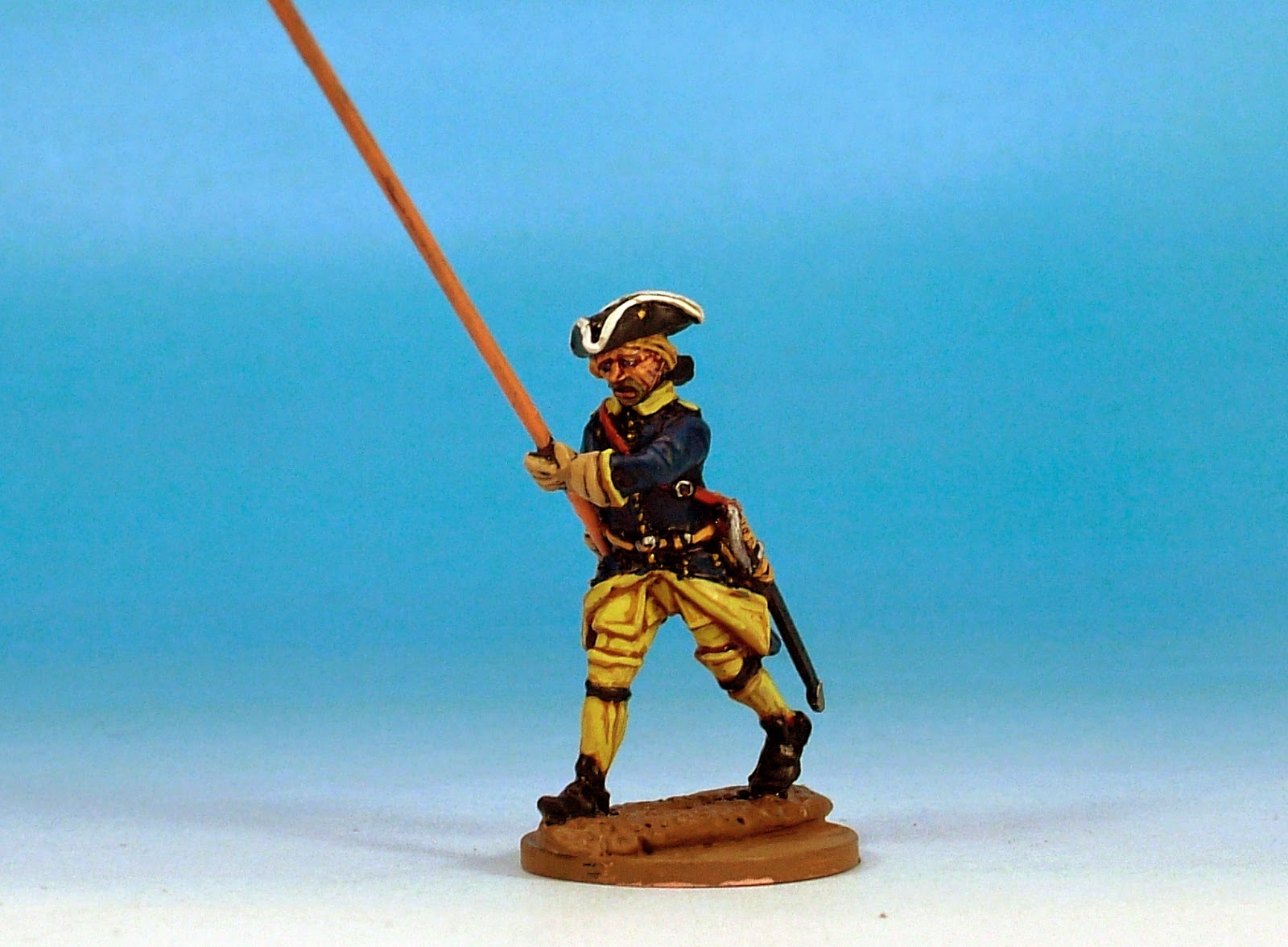 The models will be available in July 2014 together with around another seven code packs from the 23 pack Swedish infantry range. 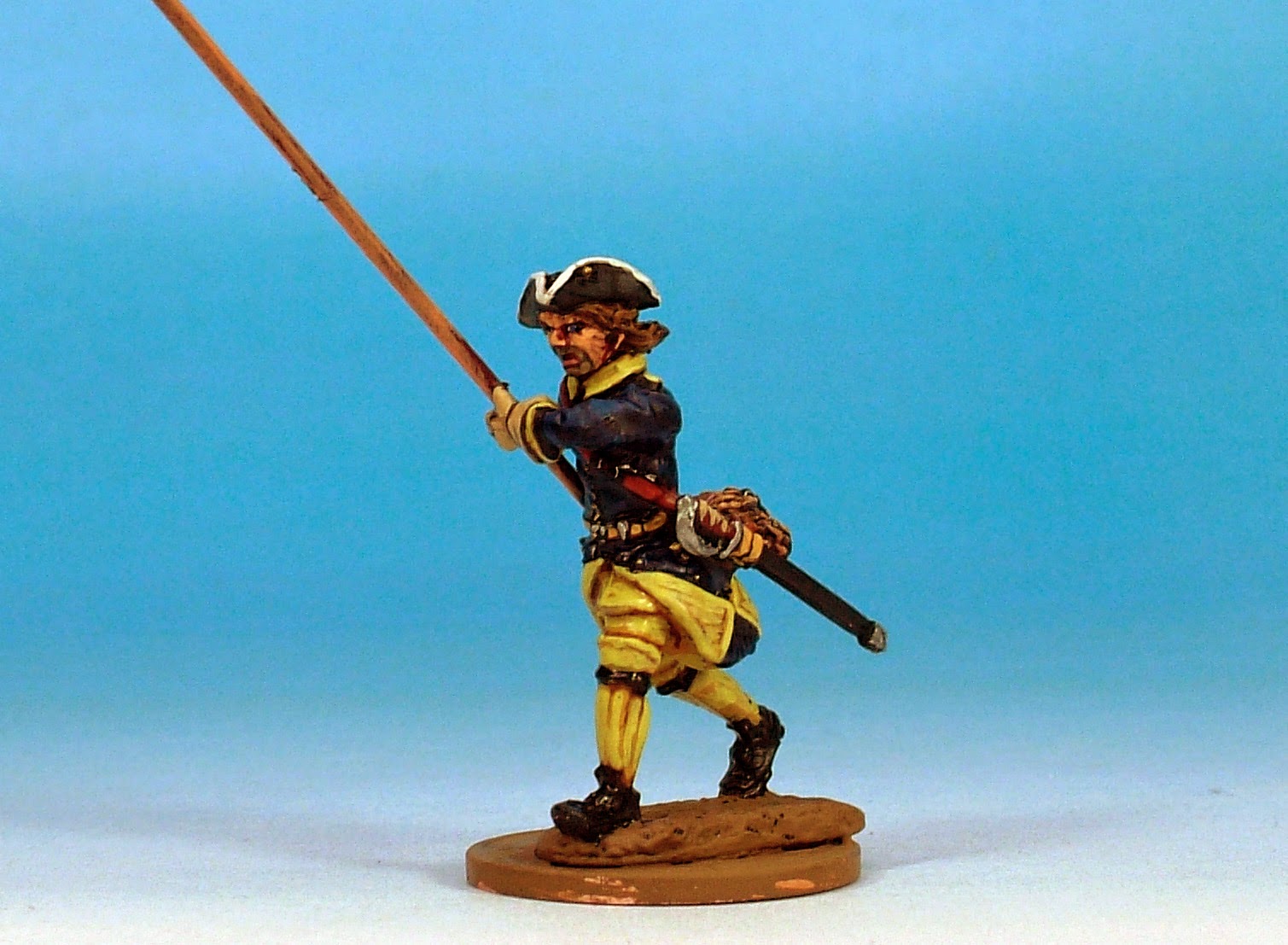 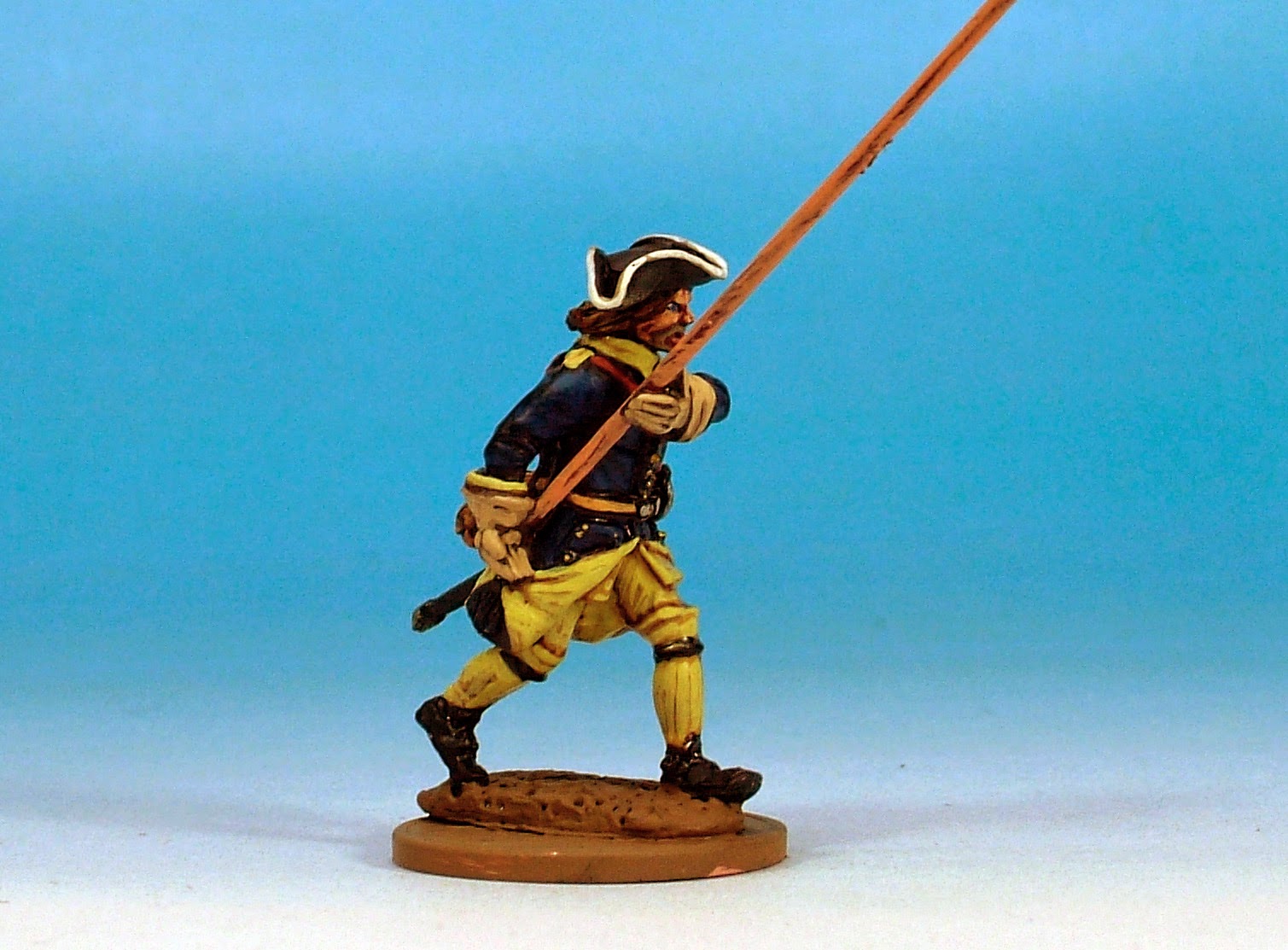 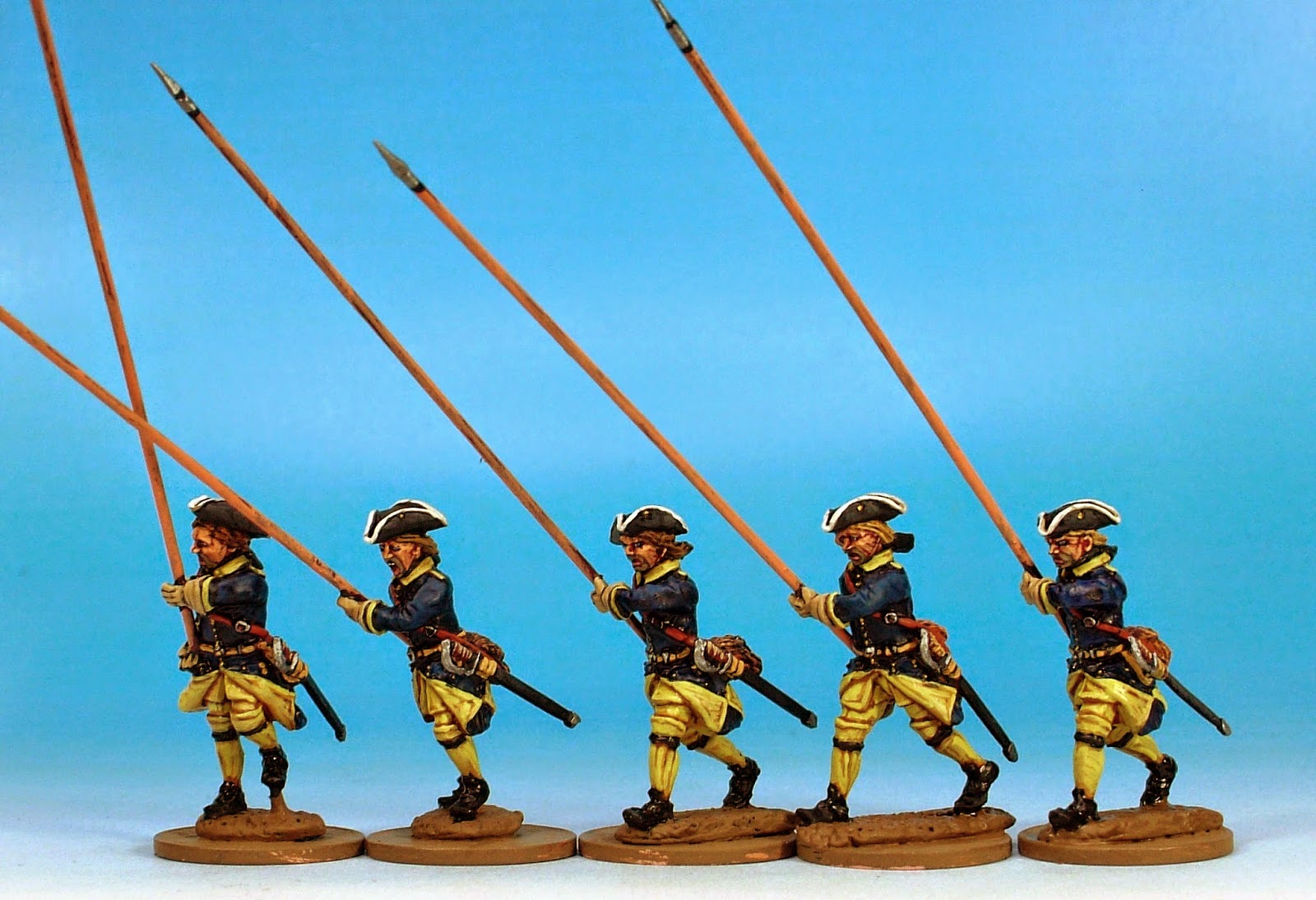