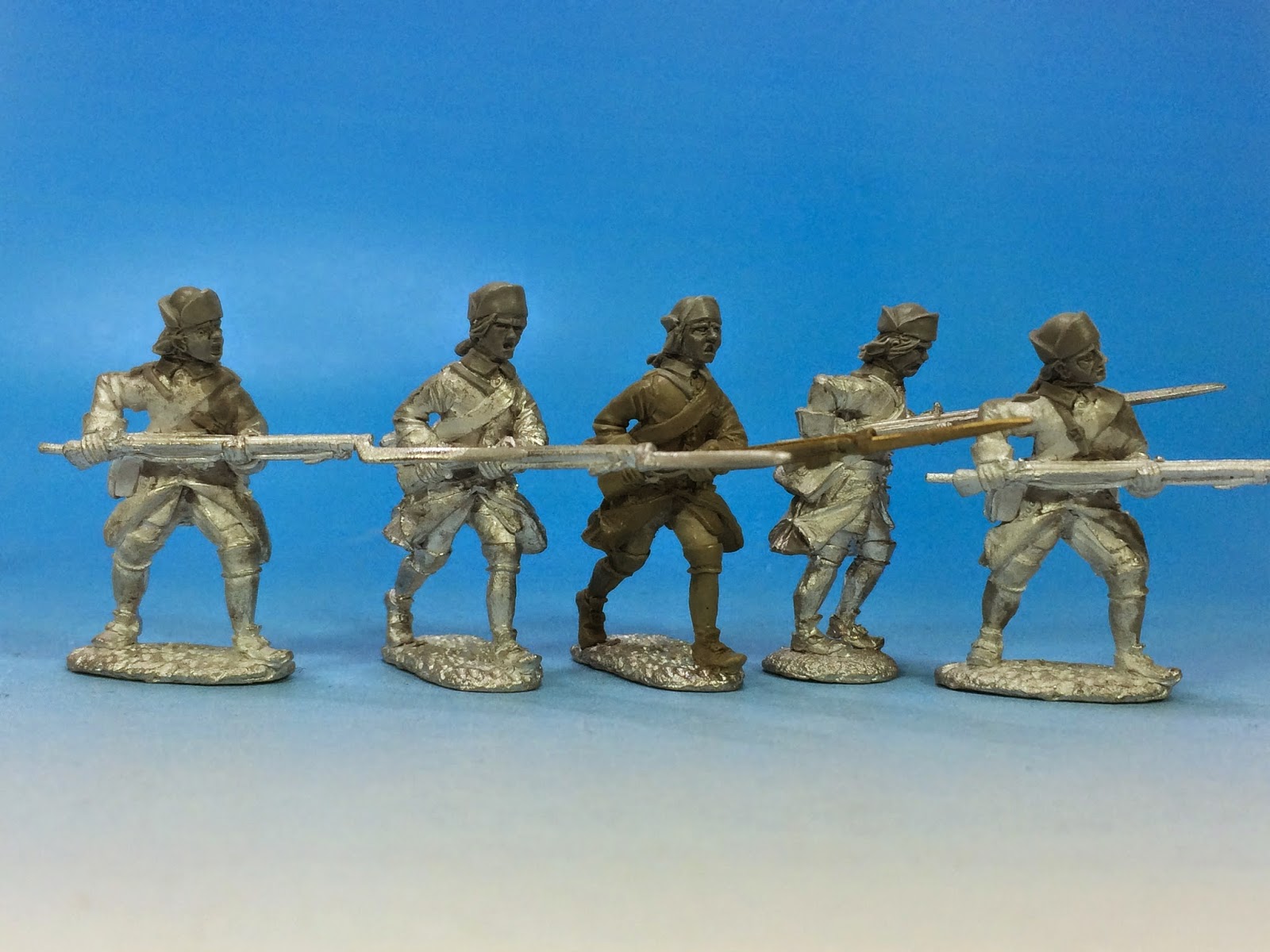 The project has continued quietly but steadily over the autumn months of 2014. We want to get the product exactly right for the enthusiasts who have been waiting a long time (one of our Belgian colleagues told me with genuine emotion. he had been waiting 30 years for such a range).


For this reason more than any other we have not released codes in dribs and drabs preferring to give interested gamers the 'big splash' and plenty of choice. 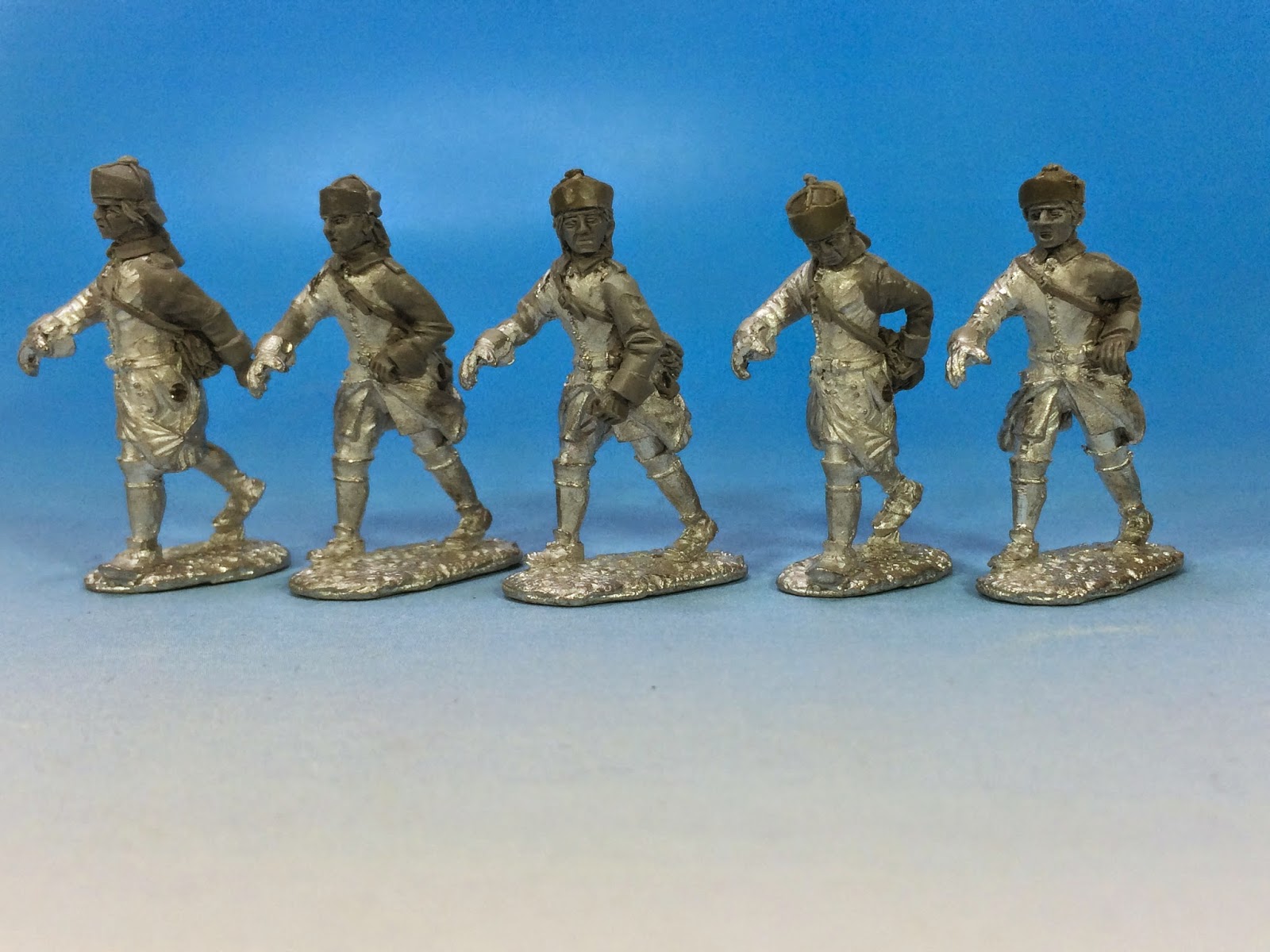 Some production challenges set us back a couple of months during the late summer but those have now been resolved. The situation as this point is that we have 16 codes (90 models) ready for production and subsequent release. They are all Swedish infantry. A further 4 codes (20 models) will be ready shortly to make this first release up to 20 codes or 100 different sculpts. 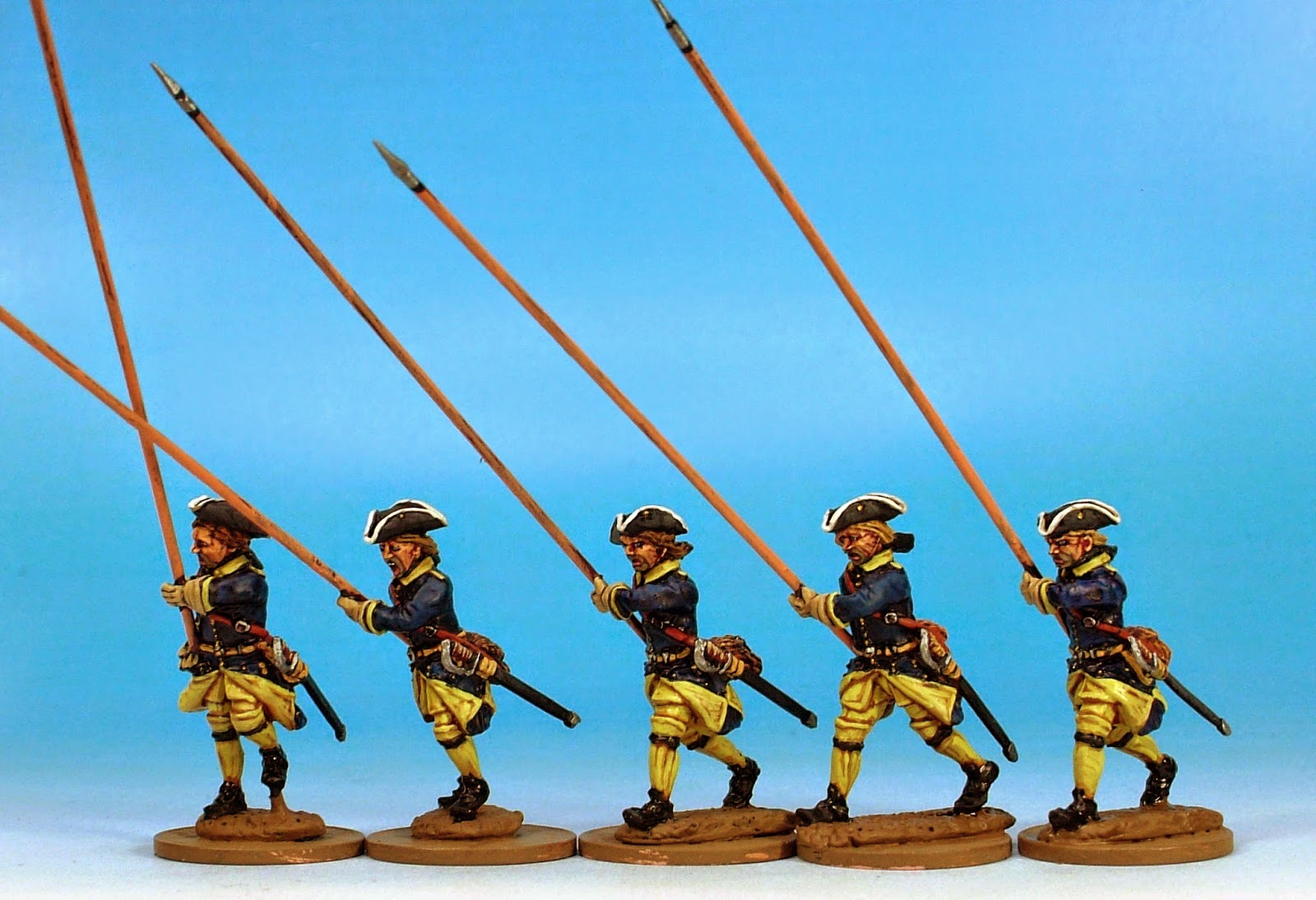 The Swedish infantry can thus be modelled standing, marching or attacking in both tricorne and karpus headgear. Work has begun on the Russian infantry too. Our decision to fund the project privately had kept the endeavour manageable and relatively stress free.

Investors have continued to appear and as the project is to a greater extent 'open ended' there is still an opportunity for a few interested parties to get on board even at this late stage. 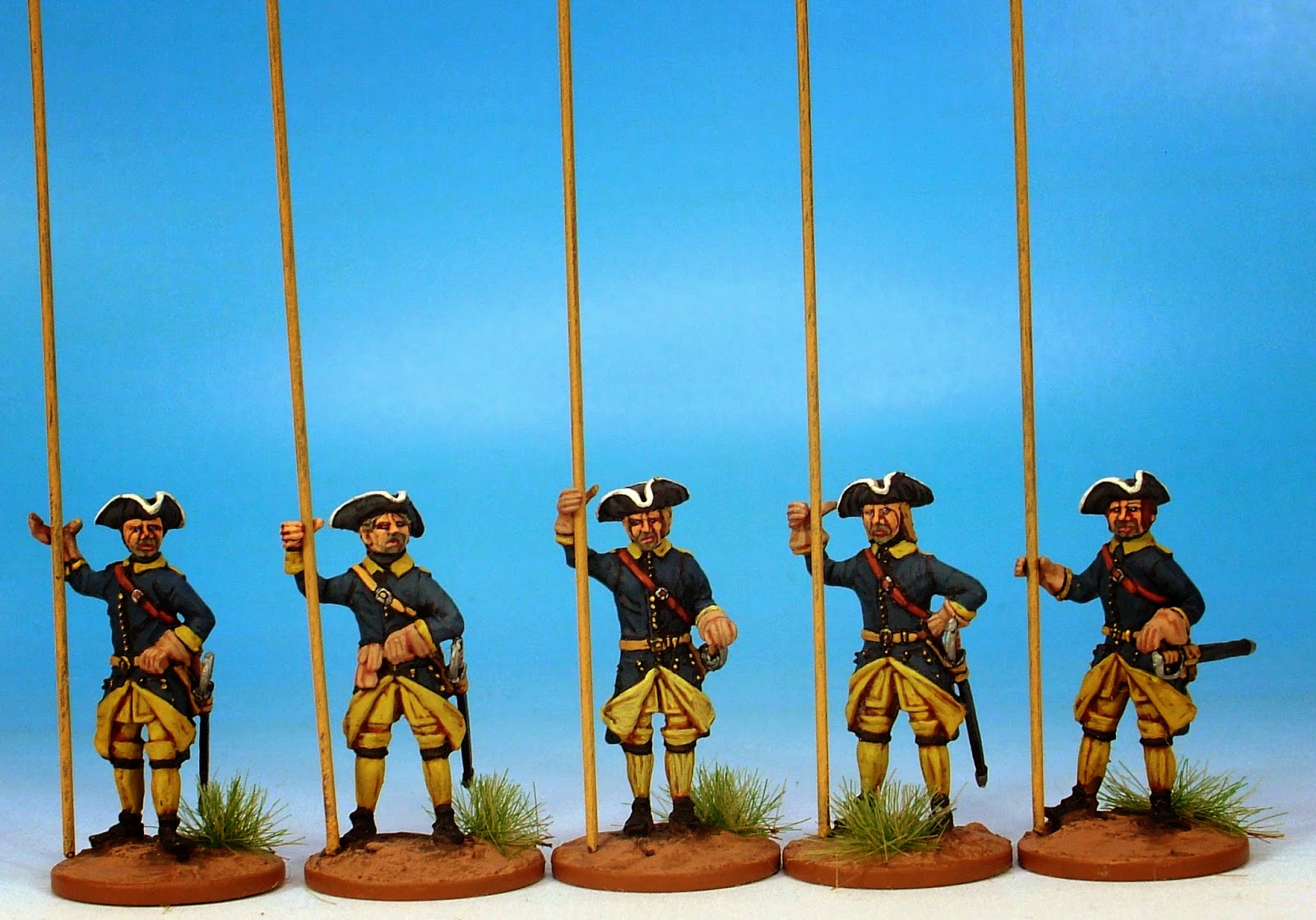 Talk is moving beyond the Swedes and Russians already. That has opened up a variety of previously unconsidered options.

The range should more or less coincide with a a rule set I have been working on over the last couple of years. It is hoped that we can coordinate release schedules. 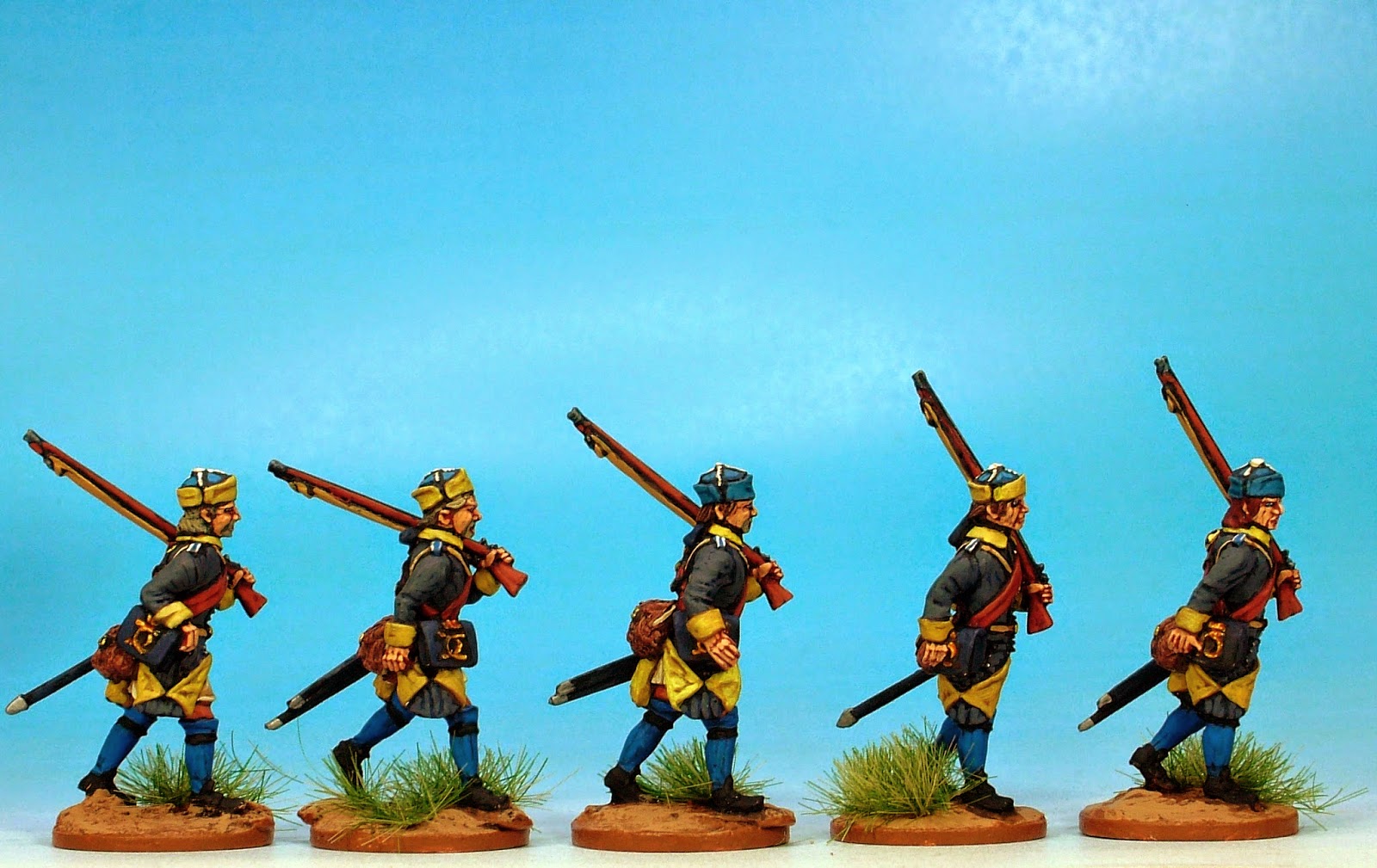