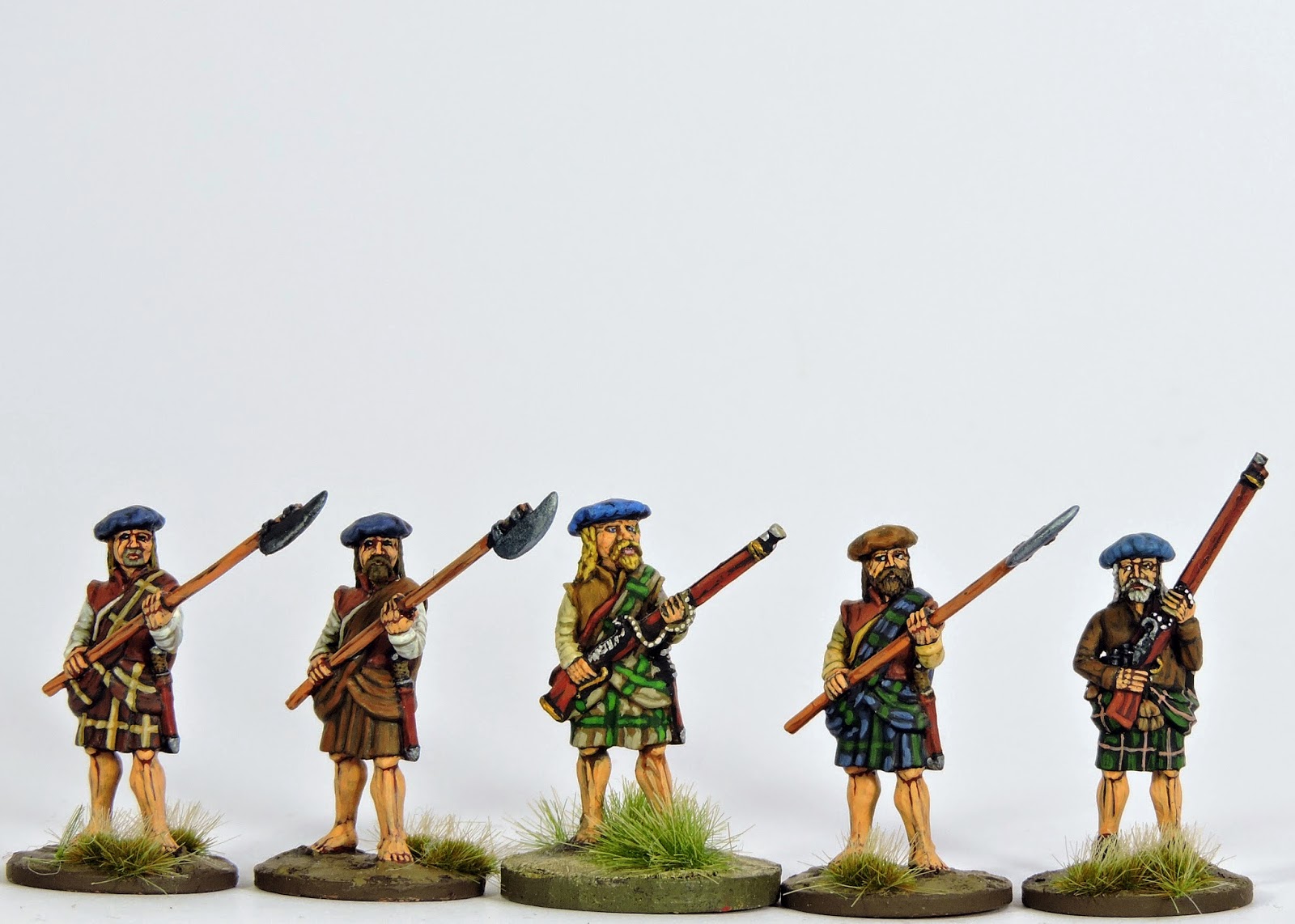 This is the second 'Standing Ready' code for the Highlanders. The group has mixed weapons - Lochaber axes and matchlock muskets. 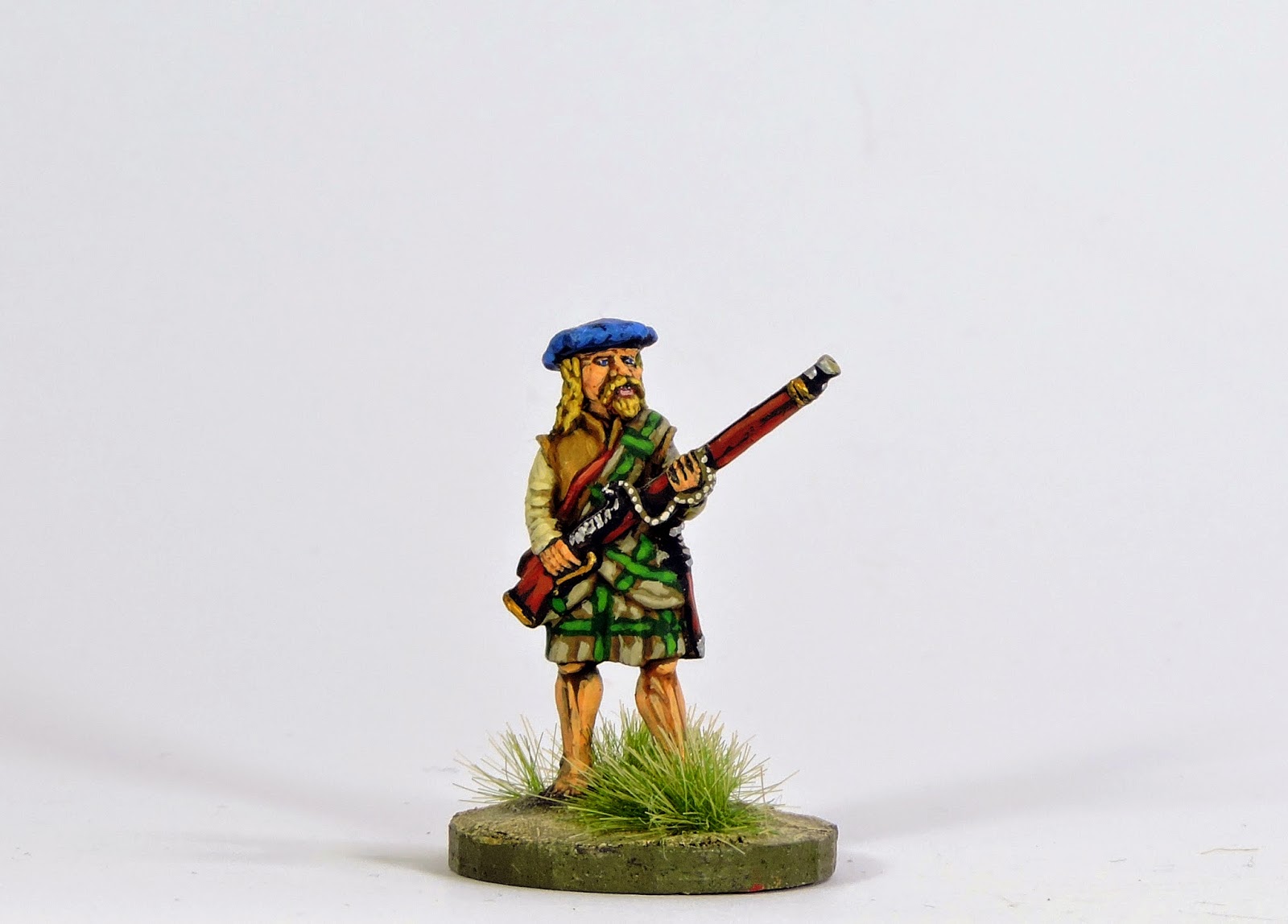 All wear full plaid. The simple check pattern paint jobs are I feel much more representative that the more complex tartans which followed in the 19th century. 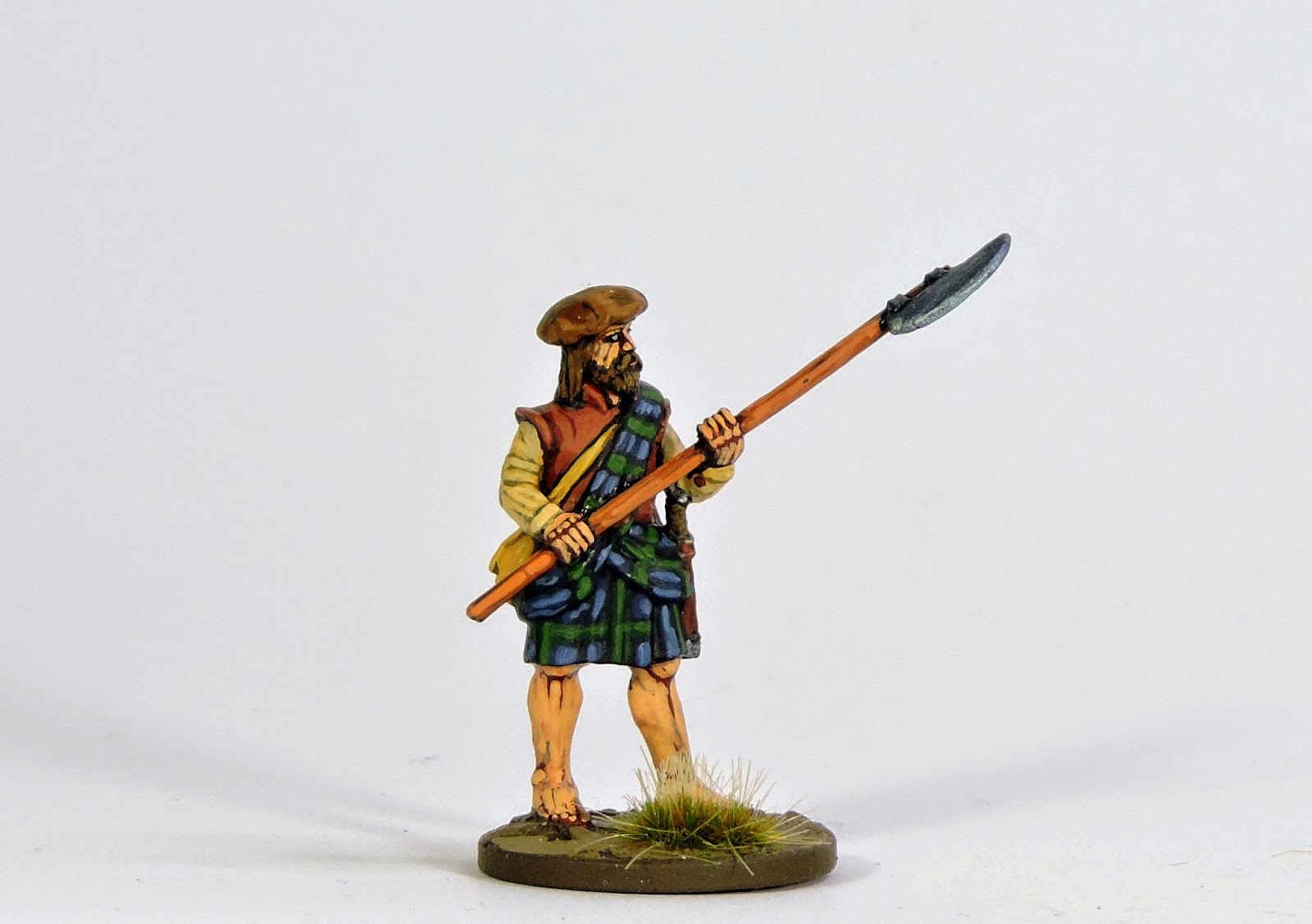 These men are local warriors turning out for their Chief, King or Prince. They could fight for the Stuarts, The House of Orange or of Hannover. They may even fight for Parliament if deployed in the Civil War period. 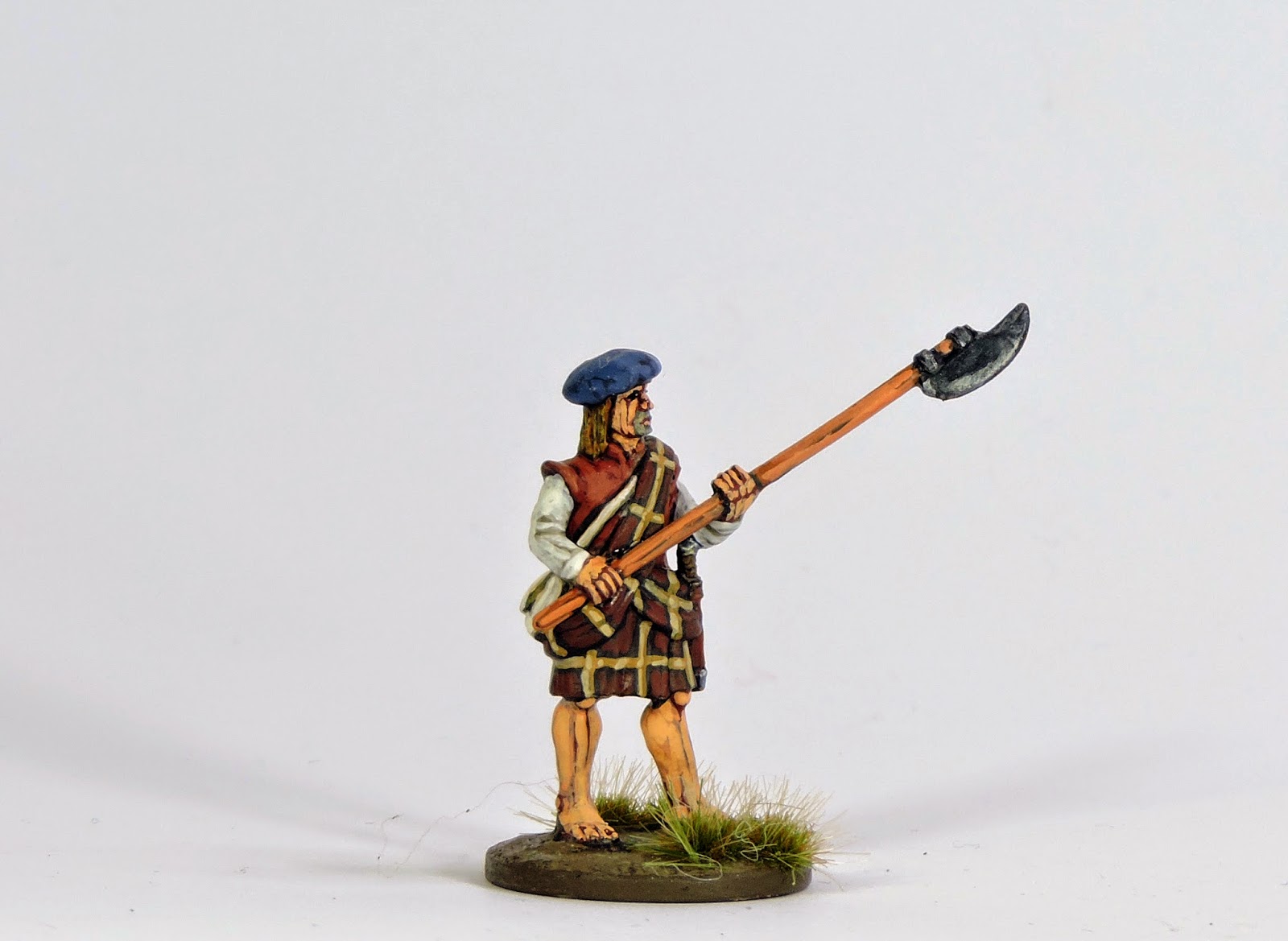 Steve designed these with solid hands in order to make a secure grip on the weapons. 20 seconds with a pin drill will give adequate access for the pole arm. 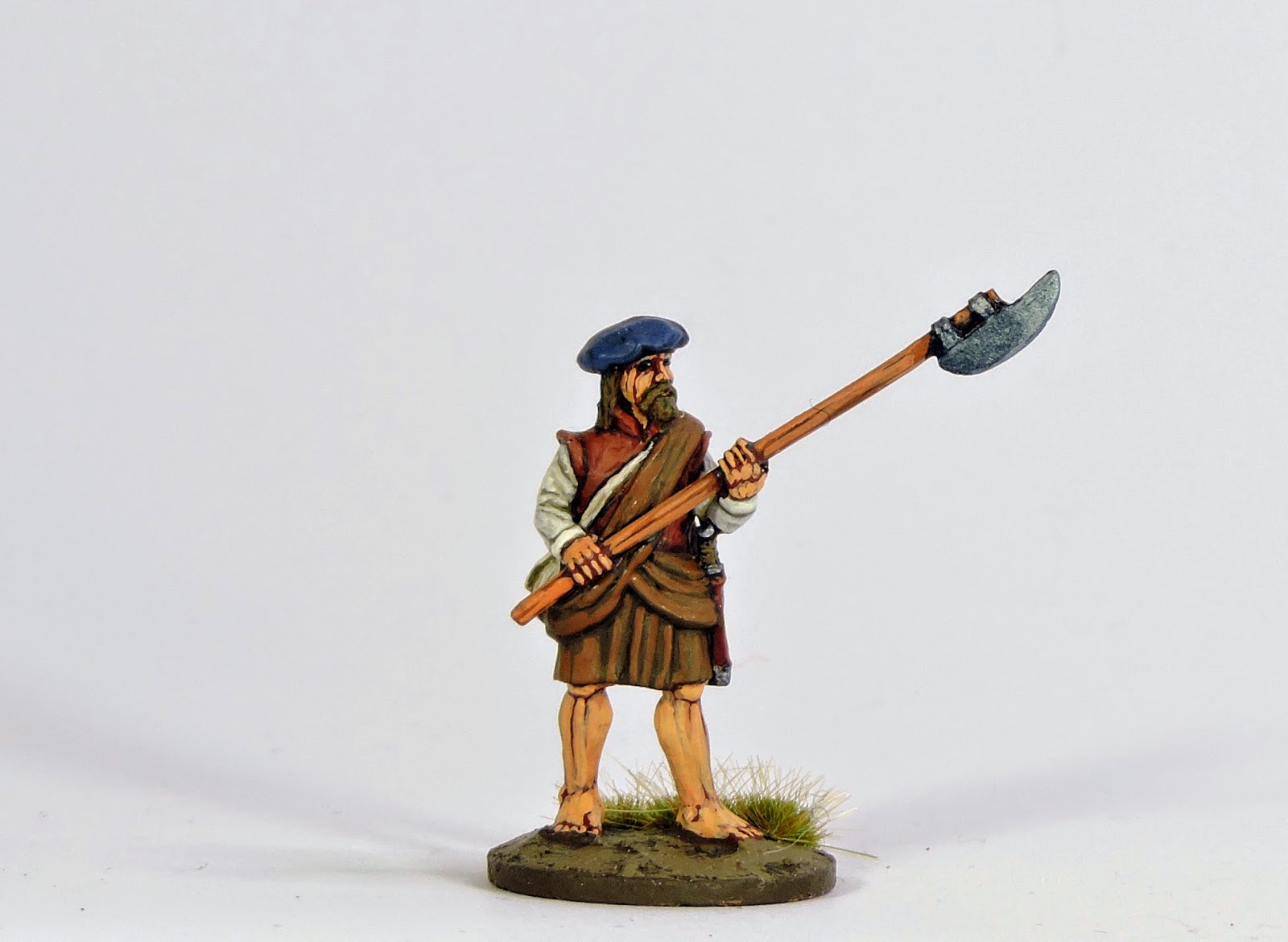 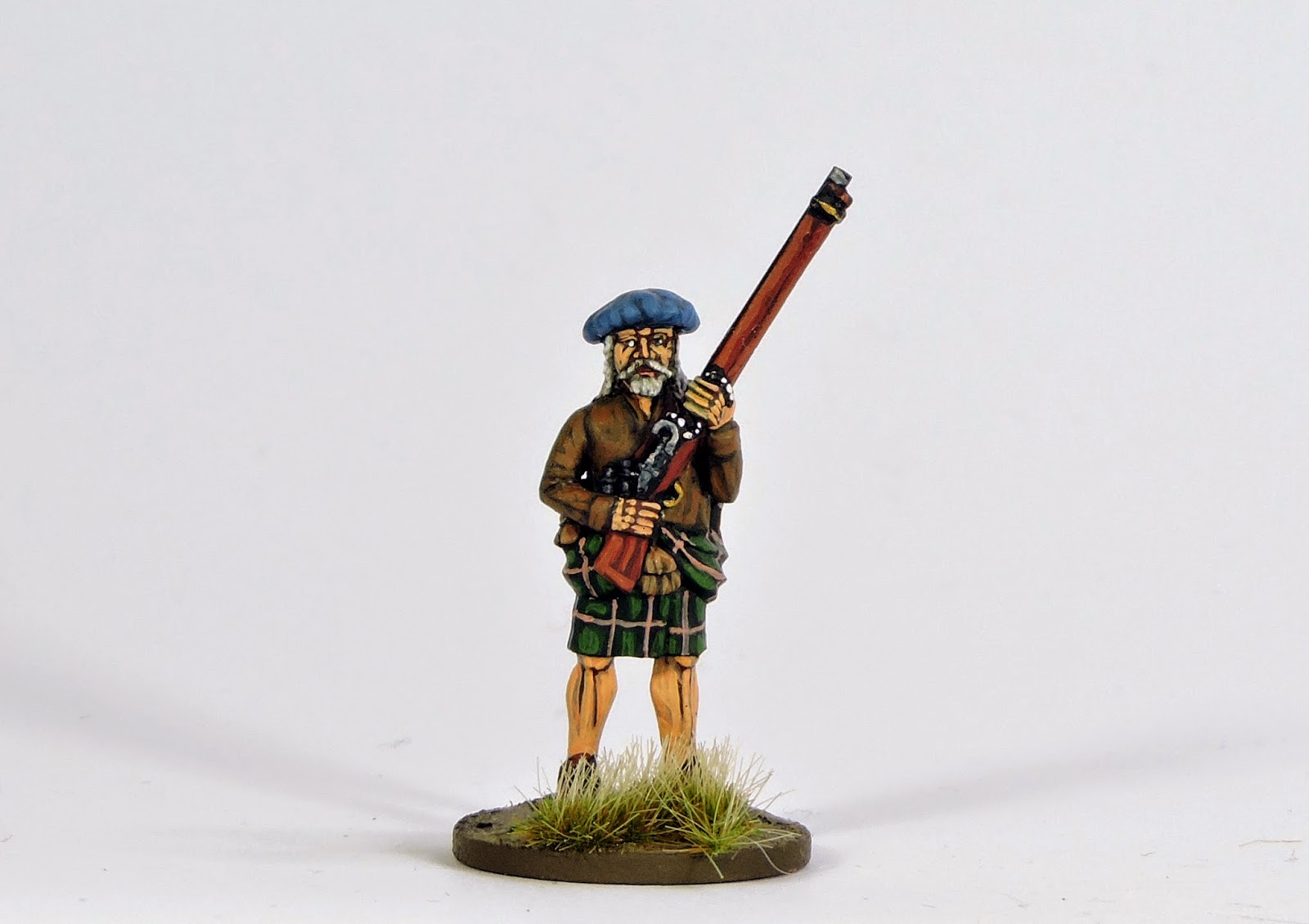