Warfare Miniatures January give away!

The Christmas offer seemed to be to your liking! Thank you very much for all of the orders we received between December 10 and January 12 which meant I was not and Elf on the Shelf but more of a Gnome working from Home (ouch).

Anyway, everyone seemed to work out pretty quick that this was a time to order 'heavy stuff' as it was post free and so we shipped lots of the things you probably need but are reluctant to pay postal services to deliver at current rates.

So, the good news.. We are extending the post free offer in January for orders over £50 in value and this will run until January 31, 2019.

Orders can consist of any combination of our products - figures, flags, books, counters etc.

Incidentally, information which may be useful. The only reason this stuff is not in the shop is that I simply have had no time to paint and photograph it:


1. We have WSS Danish Grenadiers Marching - code D03. £8.50 - several customers have bought them but of course they are not in the shop. If you need 'em, just ask by mail and I'll paypal invoice the full order. 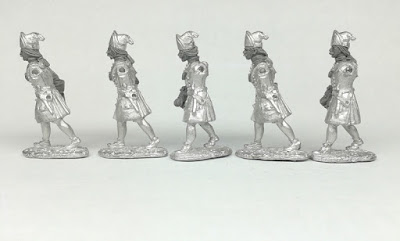 2. We are offering battalion packs of Danes and Prussians as follows (all at £34) 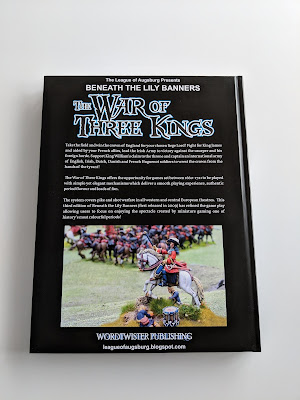 We also have some wonderful new flags from minor German States such as Holstein Gottorp, Brunswick, Celle and Hanover for the WSS/GNW period. Eight sheets in total. Not yet in the shop but available on inquiry.
Sorry these are only very quick - flash n' dash iphone shots before I hit the road. 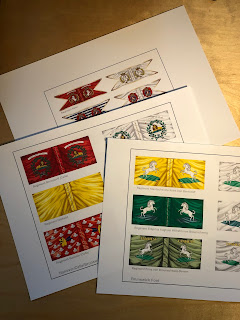 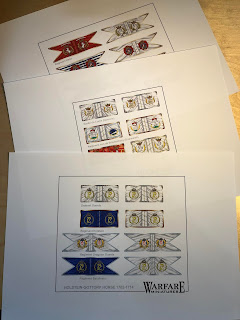 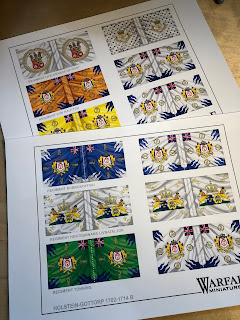