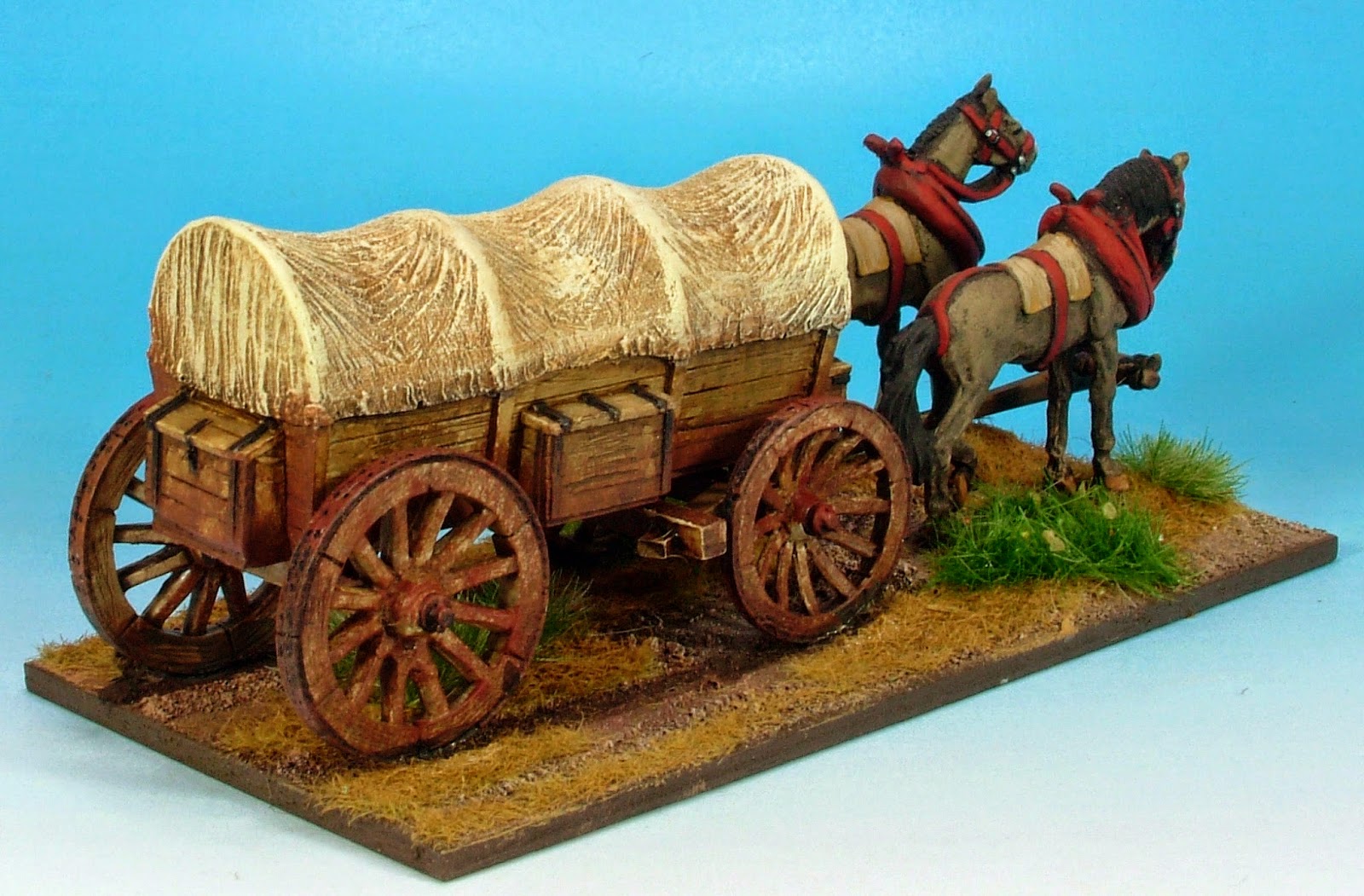 They've been a long time coming. They were manufactured at the same time as the various sets of siege gear but I just didn't get round to releasing them as other items jumped the queue. We also had lots of difficulties finding a resin manufacturer and in fact the wagons would not have reach the market any time soon had not Adrian's Walls come to the rescue! 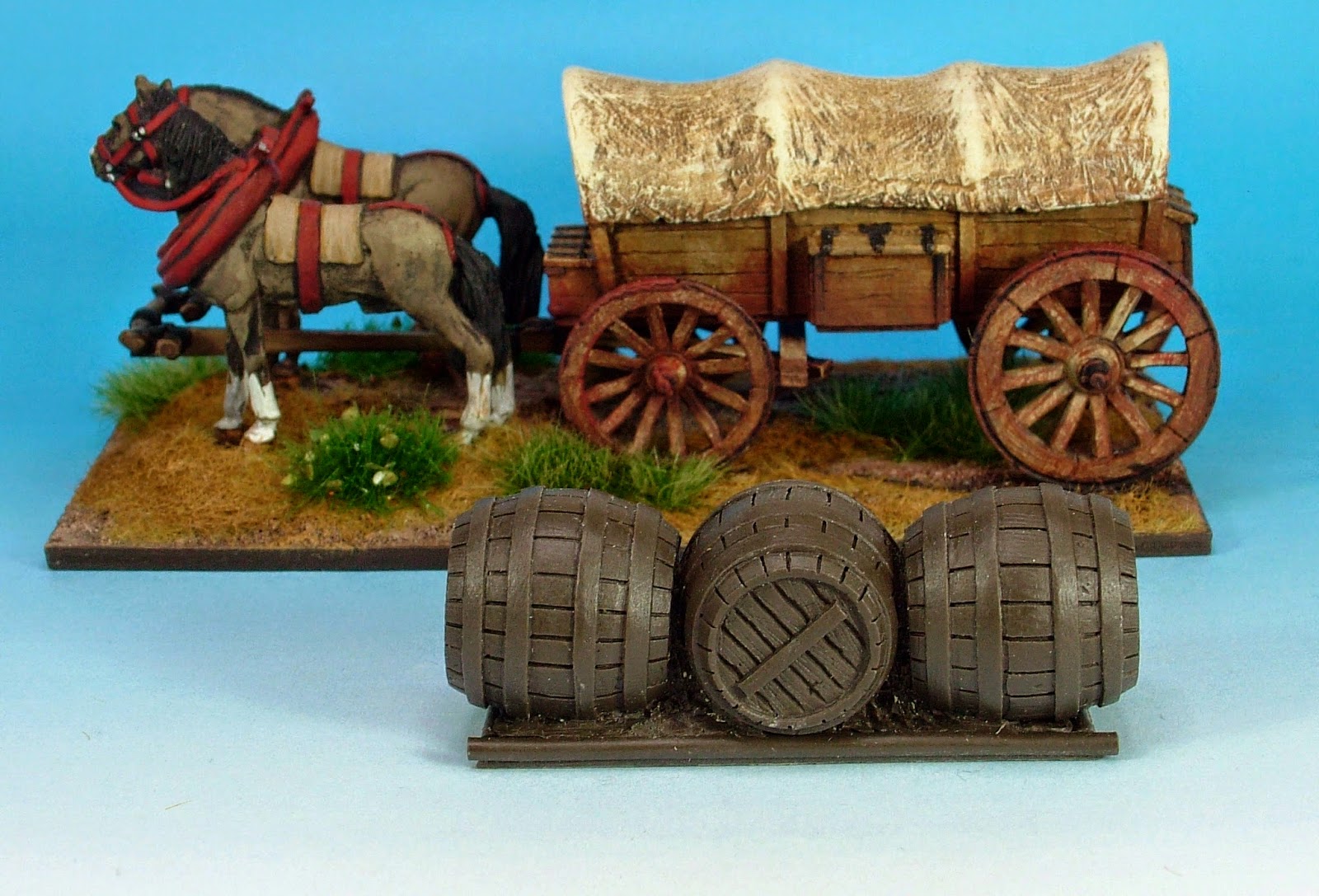 Having sat on the masters for over a year in the Grail like hopeless quest to find someone who wanted to take my manufacturing money.. I had reached an impasse. Along comes Ade on his Resin Horse and turns around 9 masters in a week! Now, that is what I call service. He and the AW Team have done a grand job.

The detail is crisp and clean. High definition on the resin bodies as can be see in the photos. The origins of the designs are straight from the drawings in Eduard Wagner's European Weapons & Warfare 1618-1648.
The designer used these drawings as his primary source. 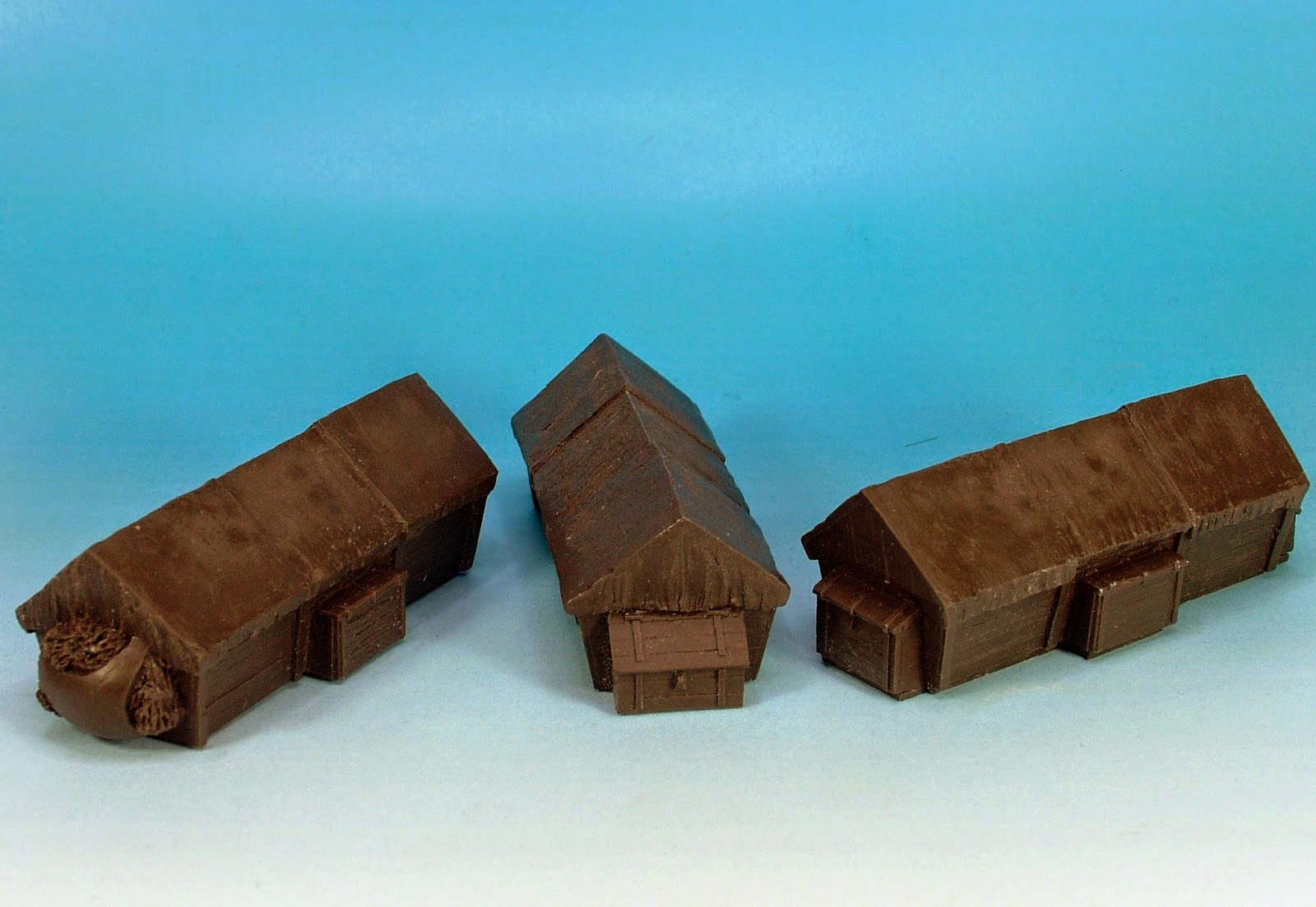 The wagon body was created and the various toolboxes and hay nets added in a mix of combinations to created 4 basic designs with a total of 9 variants available. 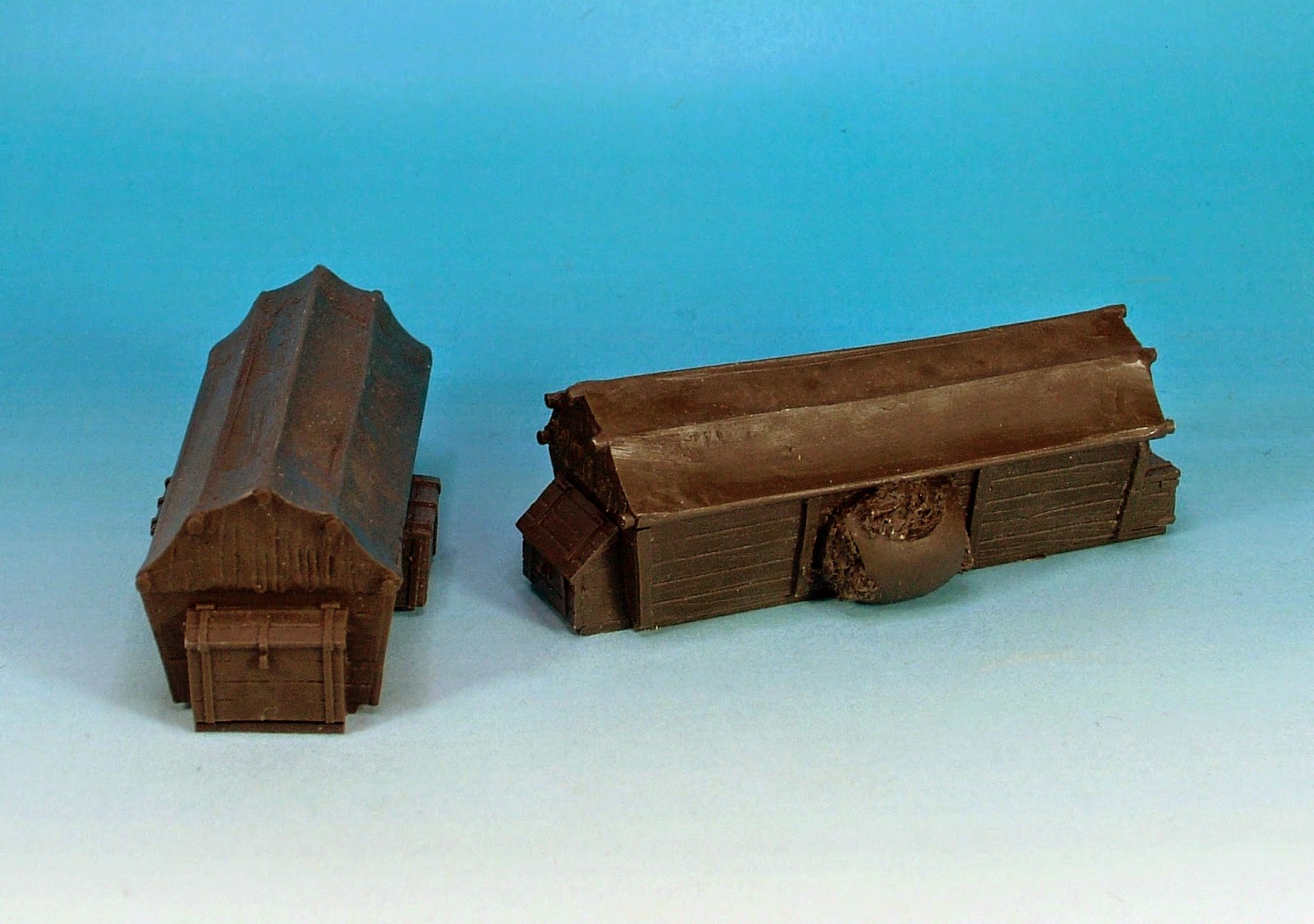 We have the traditional 'covered' wagon in two variants, a ridged-roofed wagon in  three variants plus a covered wagon with a distinctive reinforcing effect running lengthways.

Each has a variety of additional stowage including different shaped wooden toolboxes or hay nets for animal fodder. We cast these pieces in resin as to do them in metal would have made them both heavy and expensive not only to manufacture but to post. 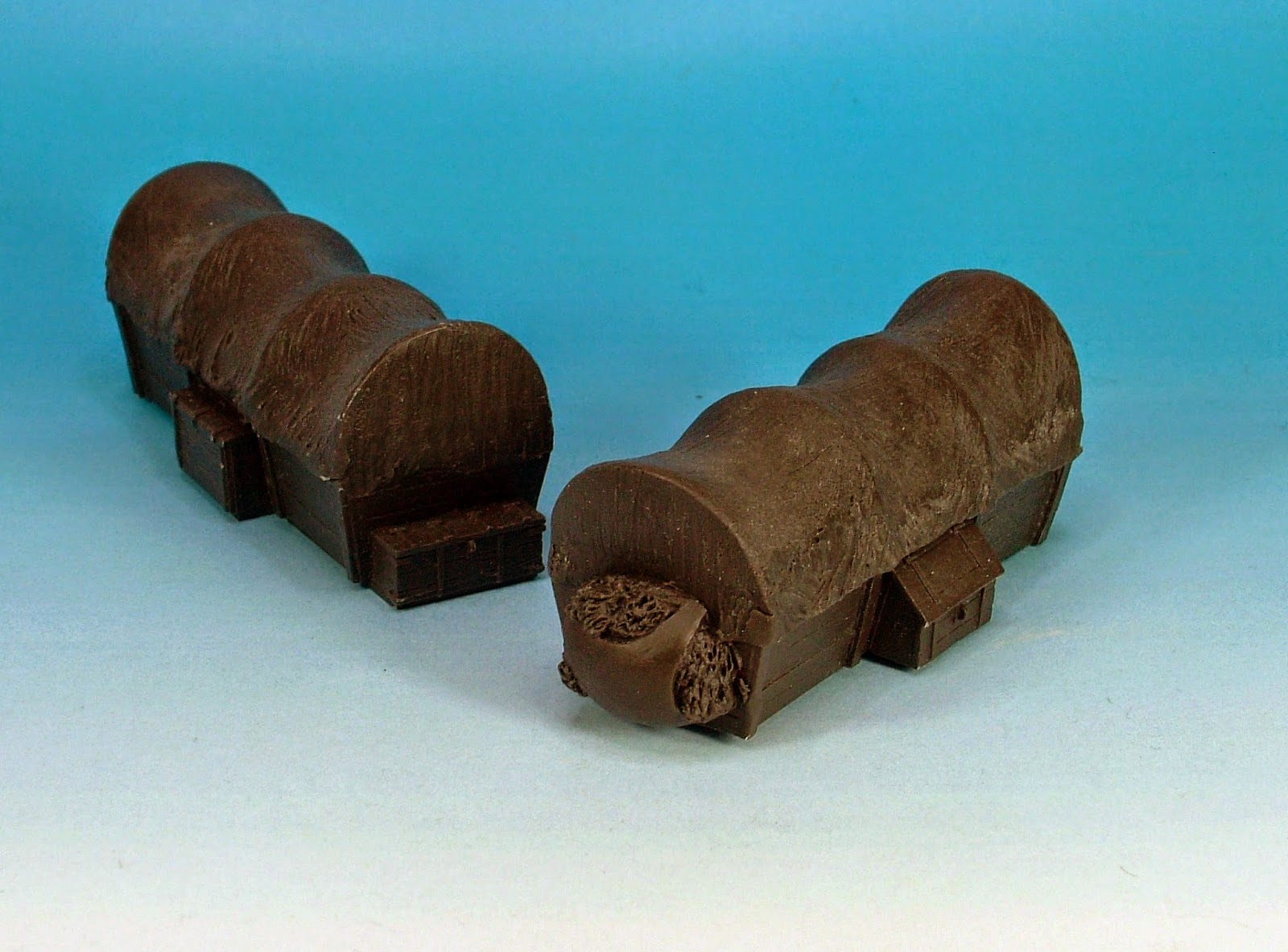 The axles, shafts, wheels and axle 'packers' are all cast in metal. Assembly is very simple but requires a good epoxy or Super(Crazy for our American Followers) glue. Two or more Warfare draught horses can be used.

The application of the wagons is easily from the mid-late 16th century right through to the 19th century. Anywhere in the world that Europeans inflicted themselves, these vehicles will fit. 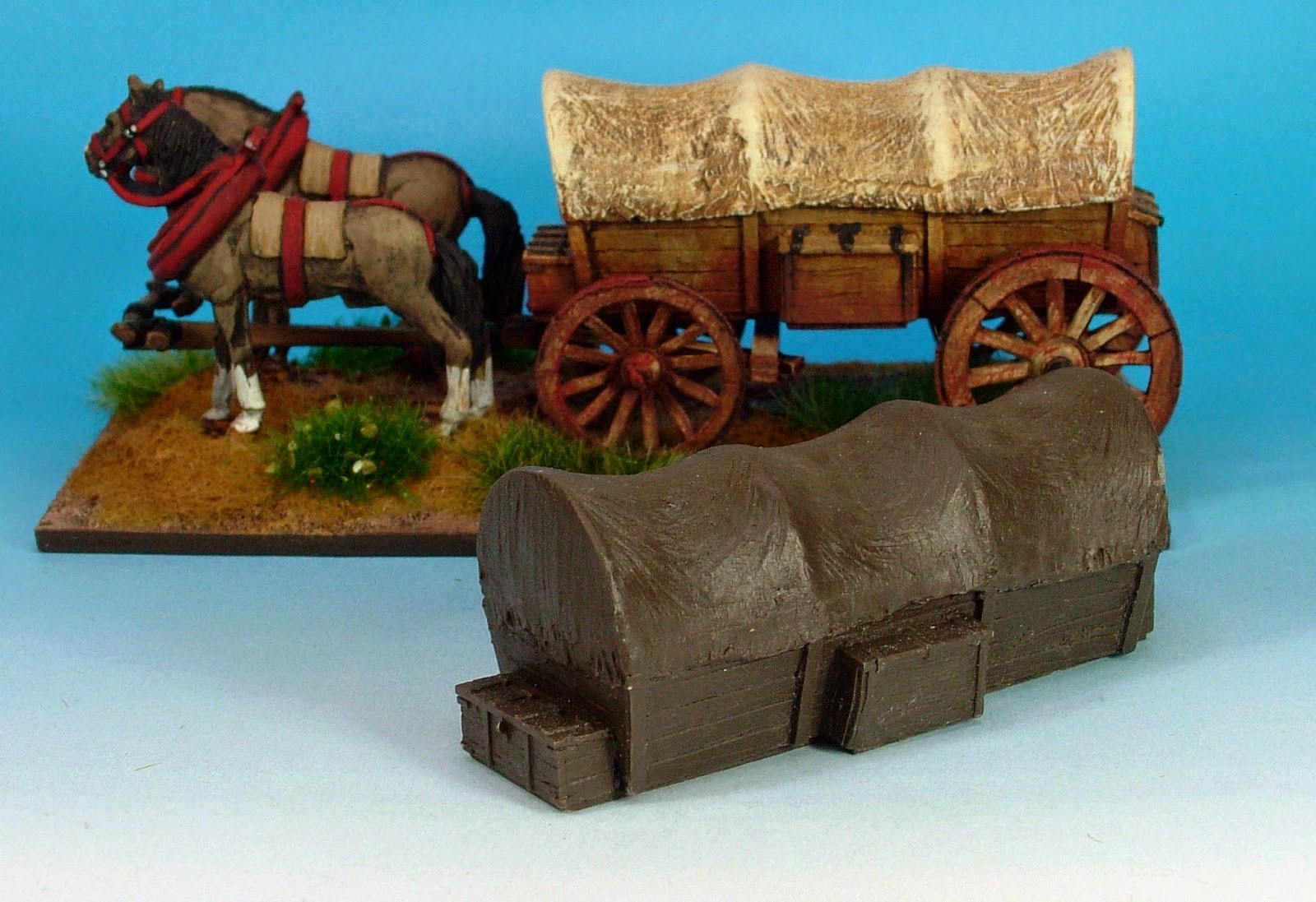 I must thank Charles Grant for the suggestion of the 'water butt' variant - a must for any army on the march!