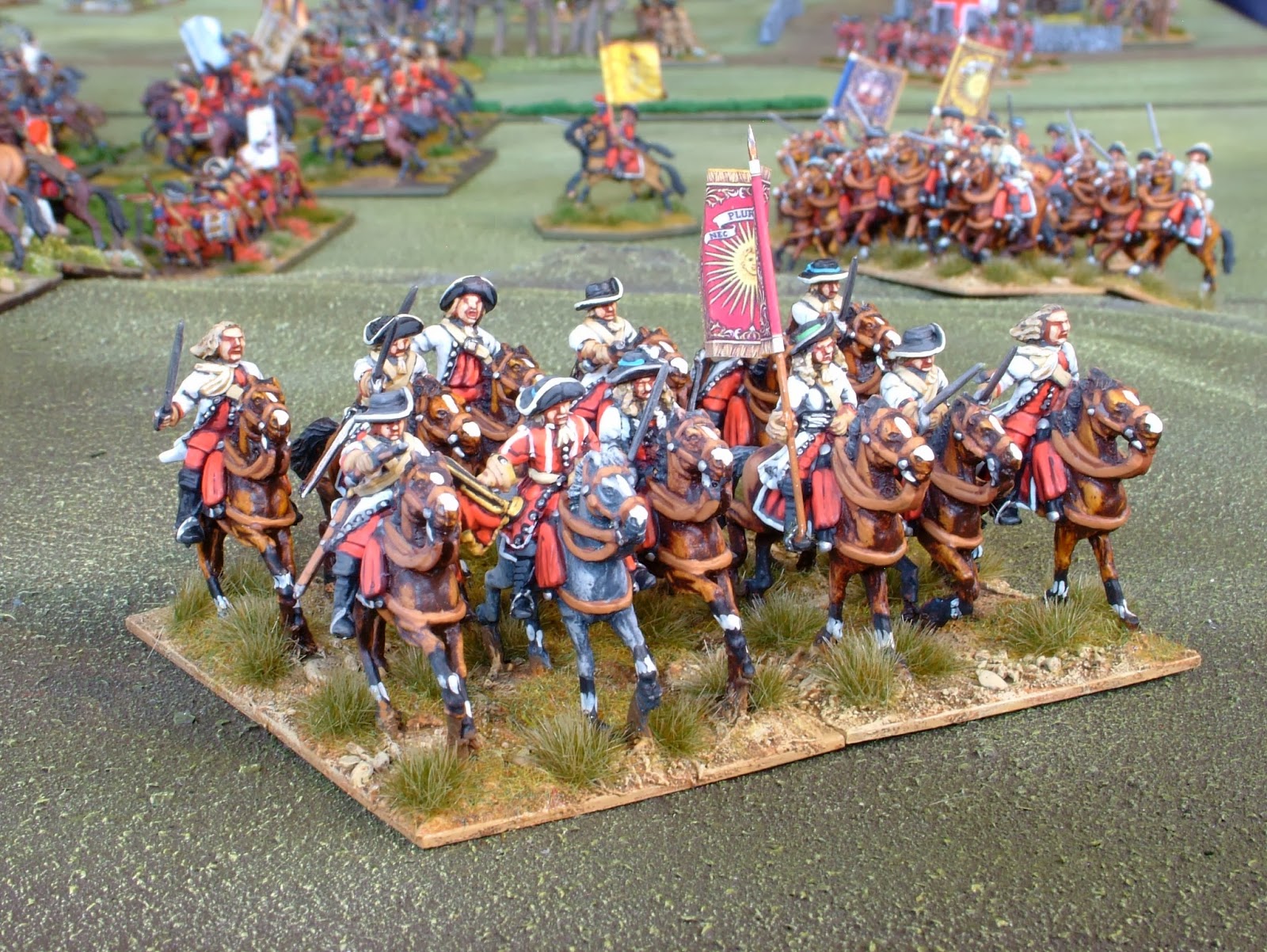 Steve Shann has been a real patron of Warfare Miniatures right from the start and helped the range get established by buying in quantity.. thanks Steve!

Having seen some of his work in photographs on his own blog (Nations in Arms) I asked Steve if he would bring along his magnificent collection for a bit of a 'lend' at Partizan 1, Newark in May 2013. He very kindly agreed and what a treat we experienced. 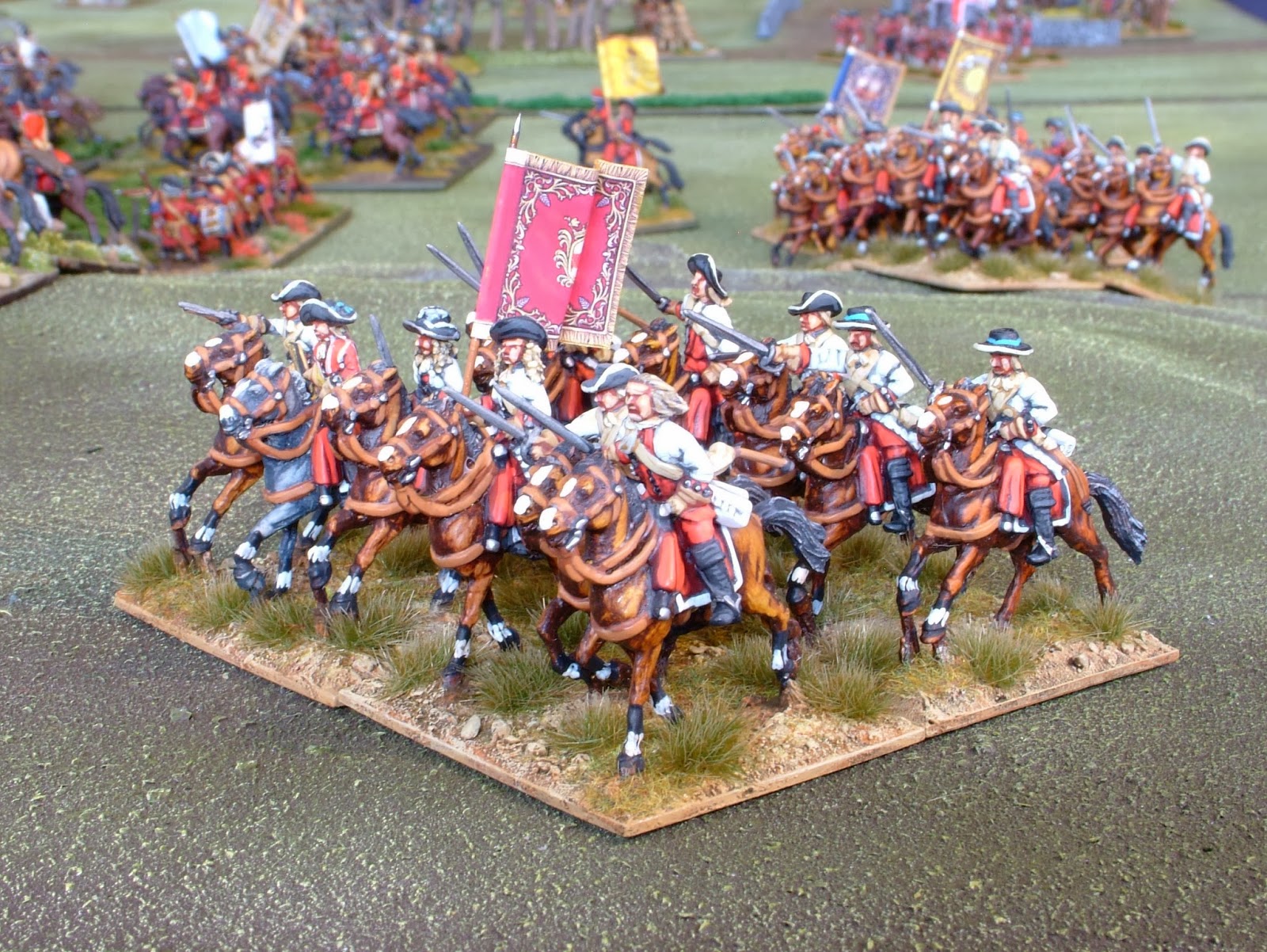 Steve had done hordes of painting in his very attractive and distinctive style and all of his work made it on to a groaning table to be drooled over by the crowds. 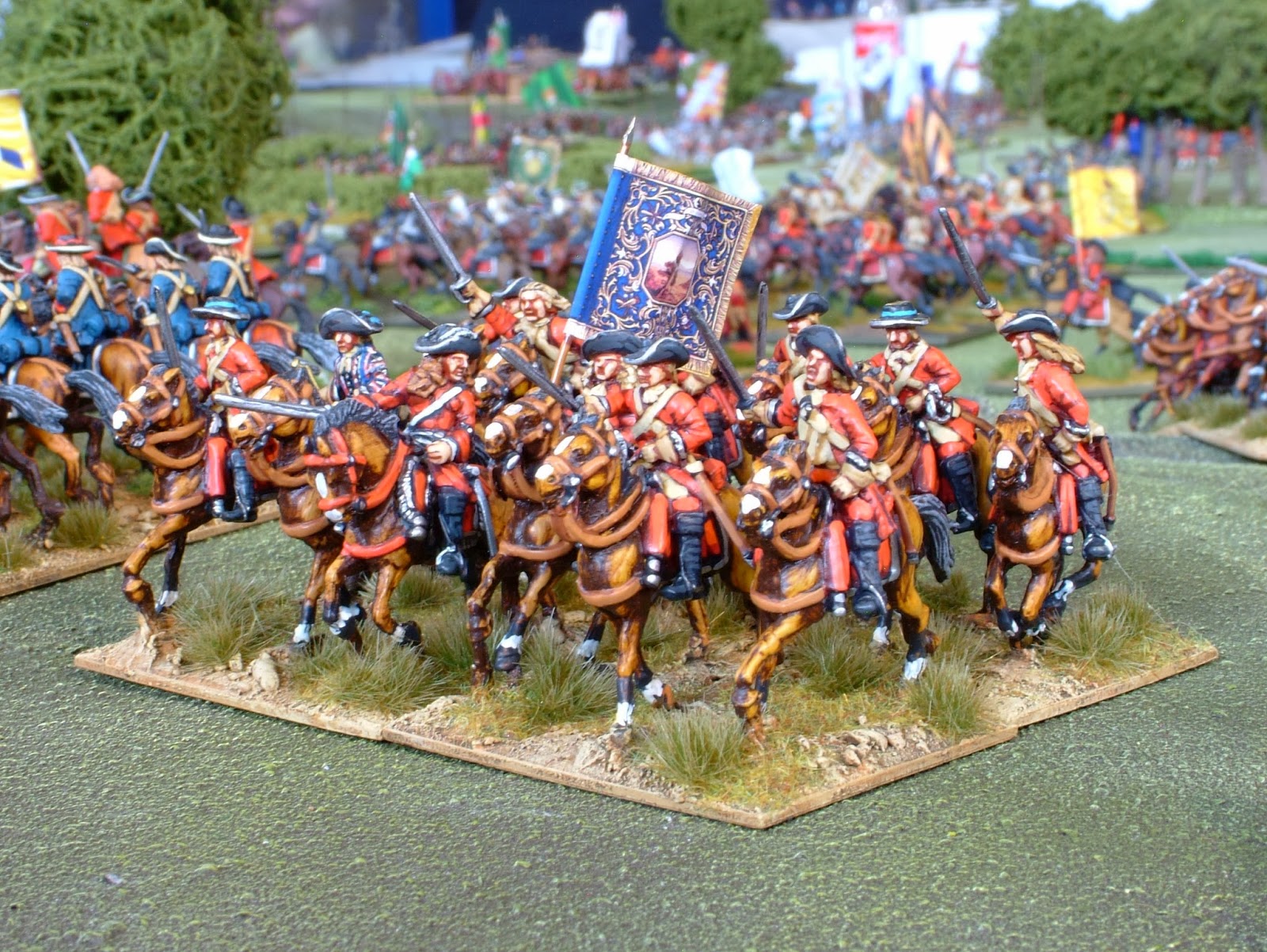 The game we played was not a specific re-fight but rather and 'in the style of' Fleurus 1690 effort. I make no apology for training the lens on the end of the table dominated by enormous quantities of cavalry which was entirely composed of Warfare Miniatures models (and, mostly from Steve himself). 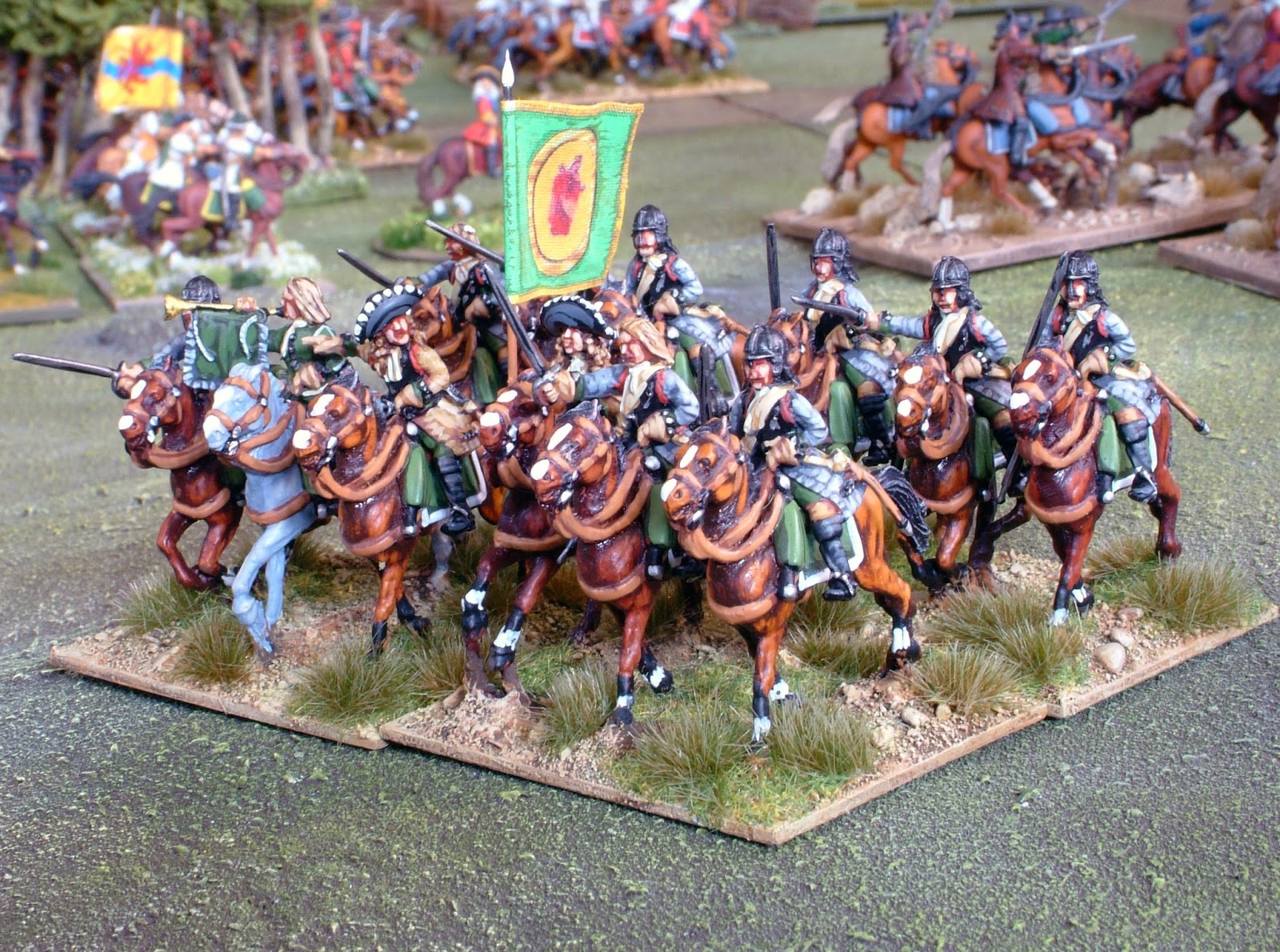 Feast you eyes on these lovely units en masse and in close up. Steve has been very creative in his unit construction and also managed to complete units from a wide variety of nationalities. 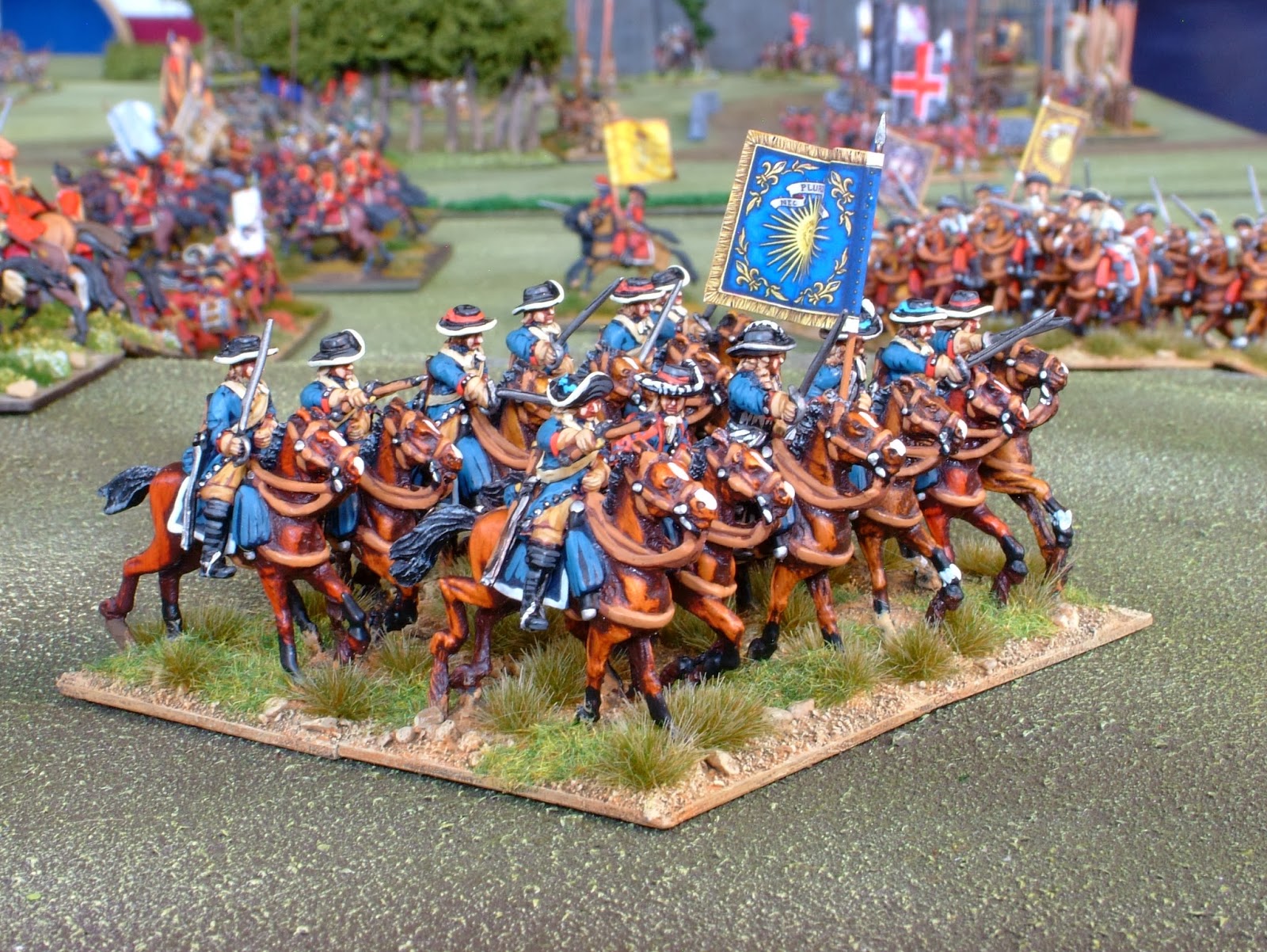