by Barry Hilton August 01, 2013
Barry Hilton - Like many of the followers of this blog and members on Fighting Talk, I have a long standing interest in the Great Northern War. It started back in 1992 pretty much in parallel with my fascination with the League of Augsburg period. My first games were played with 32mm semi flats moulded from roofing lead and painted in toy soldier fashion by an old friend. Nonetheless refighting Poltava, Klisow, Fraustadt, Gemauerthof, Holowczyn and Lesnaya with these big toys is a lasting memory. I wanted a more aesthetic look to my own collection and so bought what was available in 28mm at the time, converted and scraped together a half decent Swedish Army much of which I still have. Alas, it was never complete and our combined efforts at the Russians were half hearted to say the least. As time went by my interest was diverted elsewhere with occasional stimuli from Musketeer and Reiver but neither range really hooked me in. 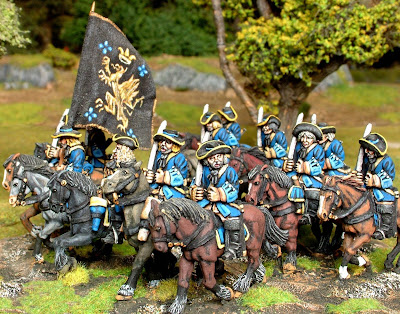 So, now we are in 2013 and I have at my disposal the means and the enthusiasm to create a bespoke and extensive range of Great Northern War figures. Thus far some very important groundwork has been completed namely, the creation of a large number of body dollies from which an almost limitless range of models can be sculpted. What has limited our productivity to date has not been money, only time. We have been heavily committed to getting Warfare Miniatures established as a brand with a clear identity which meant focussing on creating core troop types in reasonably generic uniforms . 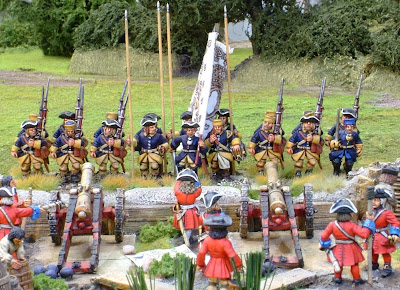 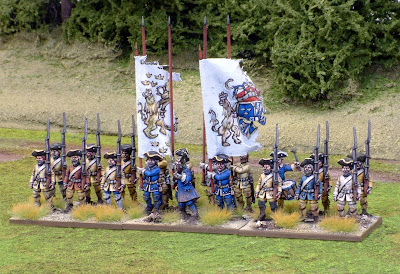 Having been initially tempted by the Kickstarter concept I took a step back from that realising that such a wide public subscription idea would probably be unnecessary. Several Fighting Talk members have expressed an interest in contributing finance to get the project moving with varying levels of benefit reciprocated based on contribution. I am glad I did not agree to take some of the money so enthusiastically offered in the beginning as a variety of business and other demands have prevented the progress I would have hoped to have made by this time. The receipt of the money would have created a moral obligation which I would not have found motivating in the slightest. A good shout, to use the parlance. 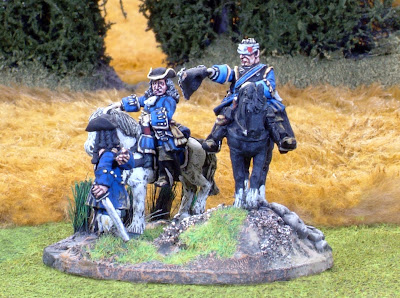 Many peripheral elements are falling into place in front of the main figure production piece. We have a fine range of wagons, siege equipment and guns now. We are working on civilians and engineering types. Cavalry which will do well for Danes, Brandenburgers, early Swedes, Saxons and Imperialists are already available. Many of the available command models from Cuirassier codes WLOA37a-56b will do very well for brigadiers and senior commanders excluding personalities.

We did a test cavalry sculpt which although I was reasonably happy with was not quite there. It gave us a much clearer idea of the way to go. As the wonderfully hot summer of '13 unfolds, Clibinarium and I are preparing for a big Autumn push forward. We'll start with some further test sculpts of Swedish infantry and from there we'll engage with all of you who have be patient enough to stay in touch and engaged with the venture. 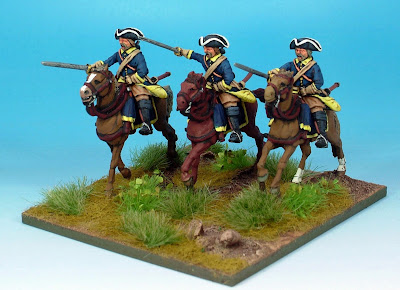 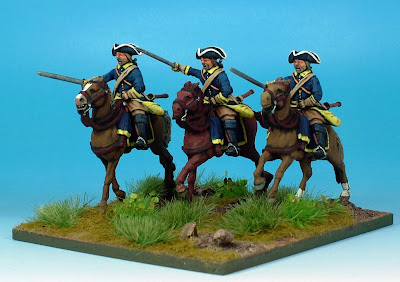 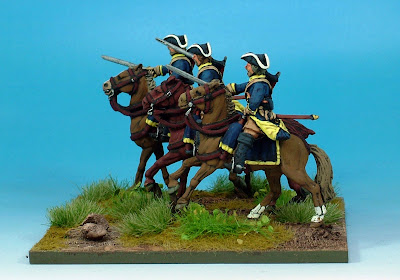 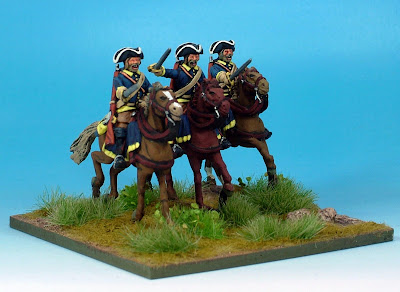 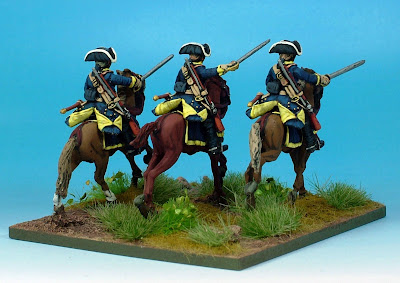 To further emphasise our commitment we are about 2 weeks away from releasing all of the Swedish infantry flags for Poltava. These have been beautifully crafted by Clarence with invaluable help from Tacitus our 'Swede on the spot' in Stockholm who has made visits to the army museum and help cross reference high quality source material to make sure we get it as right as is feasible. 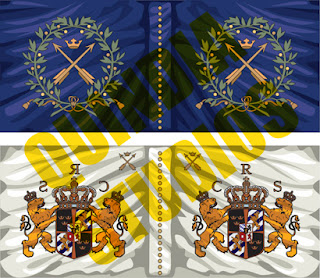 Others who have been valuable contributors to our store of high quality knowledge include Dan Schorr and P. Norberg with his unique thread on Fighting Talk. Please feel free to fire anything at me relating to the topic that you wish. I get things done even though sometimes it takes a little longer than the theory suggests, so eyes front, backs straight, stomachs in and chests out! We're coming! 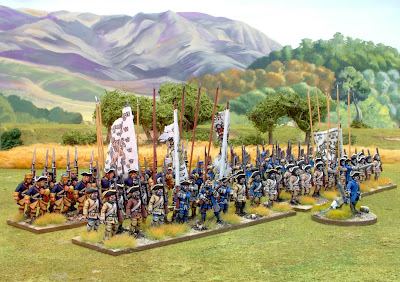