2018 has been a busy year for us so far. The big job was getting 'Billy Bunter's Postal Order' to finally arrive, aka The War of Three Kings ( Beneath the Lily Banners 3rd Edition). The book has been very well received and importantly for our continuing input to the hobby, commercially successful already.


I spent a day at Wargames Illustrated HQ recently running a game for the magazine and answering questions for a soon to be available video interview with Dan F. That was fun and the game skelped along despite neither of the two players having played before, and before anyone cracks the funny.. no, one of the players was not me!

The 'Continental Wars' puzzle is I think being slowly solved for rules users - By that I mean, WTK/BLB 3 is actually the same core rule set aimed at European pike and shot warfare that it always was! We simply used Ireland (a much overlooked theatre) as the theme for the third iteration of the book. 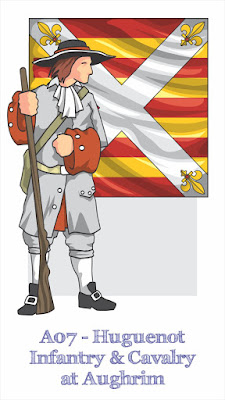 Our Aughrim PDF set is out and again, response has been strong leading us toward the conclusion that books are inevitable as an end game in this process. We have several more pdfs in the pipe including The Jacobite Army at Aughrim, Sieges of Cork and Kinsale, Northern Protestant Armies and Swedish infantry at Poltava. Clarence is also expanding the graphic style and variety of the illustrations. 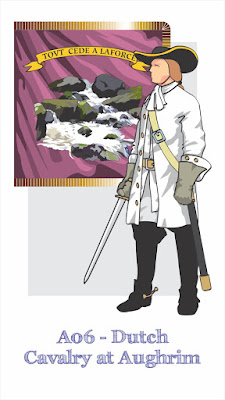 Other publications pending - the continually expanding number of scenarios which have accrued both for Ireland and elsewhere. FOUR EMPIRES (The Victorian period version of Republic to Empire), Donnybrook Dark, Rally to the Colors (ACW version of R2E) and Clarence's Victory without Quarter (ECW rules) which have many hundreds or pdf copies out there right now.

Our new cooperation with Helion & Co has opened several publication possibilities and I am discussing ideas with the team there at the moment to support their Century of the Soldier portfolio.

There are some pieces ready for Wargames Illustrated that  I  have completed recently and those will  appear over the next couple of months I believe.


Warfare Miniatures have a raft of releases scheduled over the summer including GNW Swedish Cavalry (some pre-production master castings of which went to customers at Salute so the first units of the new cavalry should appear in England, Sweden, Finland and the USA if the painters can beat me to the brush.. under starters orders Don, Dannie, Teemu and Mikael!)


We have Prussian and Danish infantry for the WSS/GNW period, we have Civilian/Volunteer soldiers aimed at Dragonnades/Sedgemoor/Covenanter Rebellion, Foreign Service troops/Colonial Militia/Jacobite and Irish Williamites. So far 30 different musketeers and openhanded pikemen/scythemen all due for release before July.

The Ottomans are close behind with dolls being worked upon and if we project out in 2018 towards the back end of the year - more of all of the above plus some other new items.


I have decided to step back from commercial activities at most shows and that role has been very ably assumed by Helion & Co from whom customers will be able to buy Warfare products at UK and European events. Where The League of Augsburg has a game at a show I am still happy to take pre-orders of everything we offer and deliver - typically this will apply in 2018 to Partizan in May and September, Claymore and Crisis. I will have a trade stand at Crisis with books, flags, gaming counters, some new figures etc. Helion will carry the full range there.

Warfare Miniatures USA is going great guns and Clarence seems to be finding the 'groove' for North American customers who have a taste for wagons among other things!

Quindia Studios has been hard at work on many new flag sets and we are very pleased to announce the imminent release of new flags for the Danish Army of the WSS/GNW period, the Brandenburg Prussian Army for the same period, new flags for Ireland and a review/update of our existing Ireland portfolio as well as some Imperial Cuirassier flags. We also have some Scanian War flags being released.

Clarence will also be attending the Guns of August this summer in the name of Quindia Studios and the League of Augsburg. The show will be held at the Virginia War Museum in Newport News, Virginia. Clarence will run three WTK games - two on Saturday and one on Sunday - and will have copies of all of our books available for sale. All that Limerick stuff going on around here might have something to do with it and the table will be stuffed with Warfare Miniatures...

Our Wargames Weekenders in the UK will resume some time in 2018 with tentative dates now being considered. Those will be circulated shortly.

So, overall we've been pretty productive and are aiming for 2018 to be a high output year.

Thanks for sticking with us and for visiting the Blog as we come very close now to our 1,000,000 page view. It's been fun so far.