Several customers and Blog followers have inquired whether the new Swedish cavalry models are compatible with the very popular trooper we have been selling for the last 30 months. 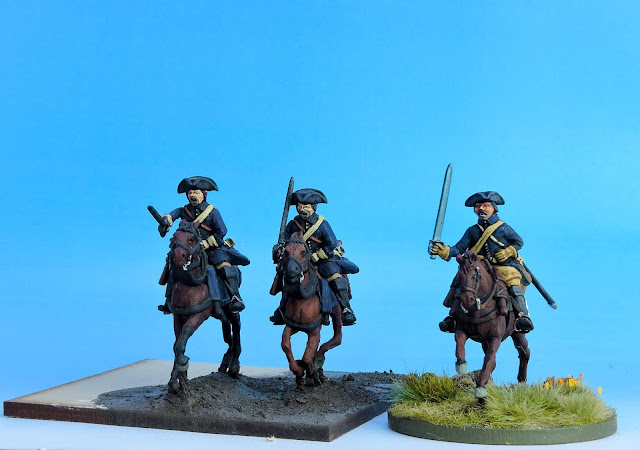 Best way to start this piece is to show a comparison between them. In the above photo the two troopers on the left are from the original sculpt/model. They utilize arms from the generic cavalry range and are mounted on horses from the original horse codes which are supplied with cavalry WLOA30 - 57. The trooper on the right is from the newly sculpted GNW code SC01.

Why did we bring a whole new range out? We had always planned to bring the full range of Swedish cavalry models to the market as part of the broad GNW offer. We sculpted trials way back about four years ago and as a consequence of demand, released some of these as commercial codes. One was the single trooper which proved to be a very strong seller (and continues to be so). It was a fortunate stop gap as e ran into some production challenges with the wider range which resulted in a long delay to the release of the full range. 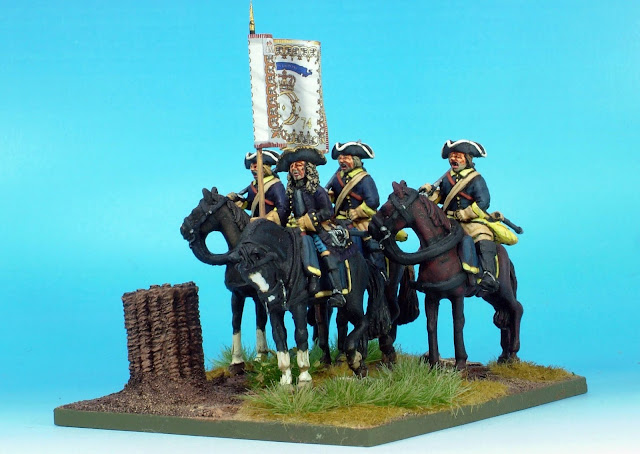 What are the differences? 1mm is the precise answer. A decision was taken a couple of years back to lengthen the torso of dolls by 1mm. In addition, sculpts released since 2016 have had somewhat greater body mass than previously. This has created our standard for the future which is evident across everything released since 2016. Another difference appears in the horses. The newer codes what saddle cloths with rounded corners which cover only the back half of the horses' backs. The leather holsters are exposed and not covered by a drape as on the earlier horses.

Do the models sit well together? Well, that's up to customers to decide but we recommend discrete units in the same table top force will look complimentary. The rider codes fit the older horse types but the older trooper doll does not fit the newer horse types because of the orientation of the code tails which interfere with the blanket/coat roll on the horses' backs.

Will there be any further releases?  Karpus kitted troopers will appear at some point. We'll do the same for the Russian Dragoons.

Will the older style trooper be withdrawn?  That really depends on demand. The new codes are selling extremely well but if customers want to continue to order what is in fact our best selling cavalry code to date then we'll keep the moulds in service.

The new Command codes for both Cavalry and Dragoon regiments have given us the option to offer individual trumpeters and drummers as these are surplus in the moulding process depending on which three model set we sell.


Mixing in some of the Swedish command models as senior officers adds an extra little dimension into the Swedish Cavalry and Dragoon regiments.