by Barry Hilton January 29, 2017
Mark Allen was one of the main influences on my obsession with the period which has given its name to this Blog. I drooled over Mark's inspirational figures and games photographed so carefully by Duncan Macfarlane as far back as 1991 when they were a staple of Wargames Illustrated. His series on the armies of the period is still a go to resource for me and I am certain, many others.
It therefore gives me extreme pleasure to show case Mark's wonderful interpretation of William of Orange using Warfare Miniatures. Mark continues to show an interest in the period and he and I exchange correspondence on various aspects now and again.
Thanks Mark for the inspiration which has sustained a 24 year fascination for the period and driven my own efforts to bring some ideas and information to my fellow gamers as you did to me.
Enjoy folks! 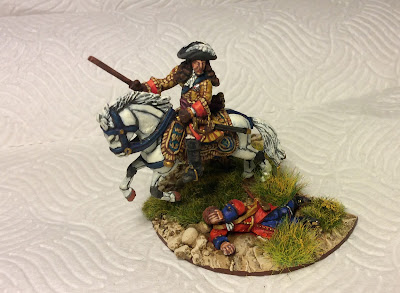 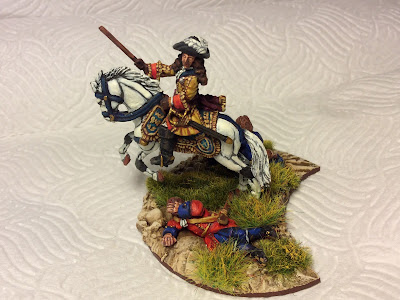 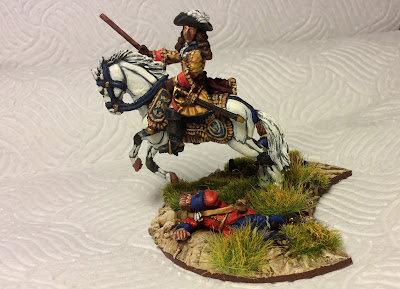 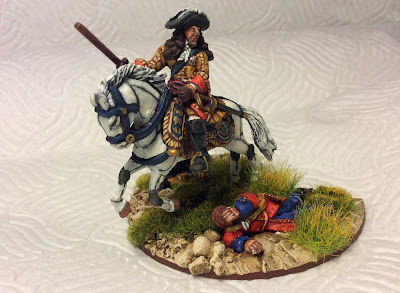 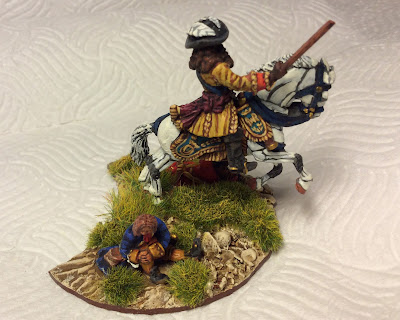