It contains, supplementary rules for Swedes, Ottomans, Poles and Steppe cavalry for Beneath the Lily Banners. It has army builder and uniforms guides for a wide variety of nations. It has over 100 colour photographs and thirteen full colour plates of unifroms and flags from the period. 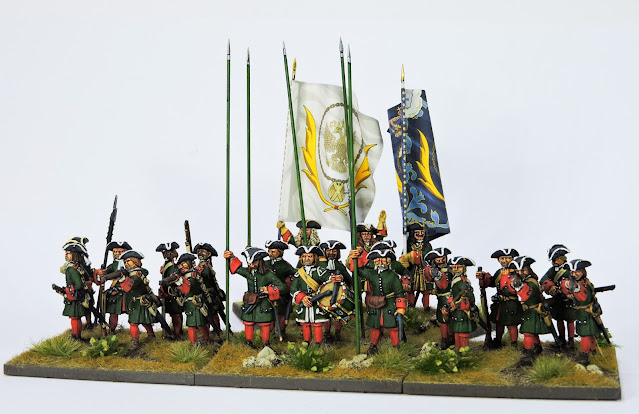 It has an extensive period primer and a detailed example battle set in 1709 in the Ukraine between Karl XII's Swedes and Czar Peter I's Russians.

You can get the pdf version here: