by Barry Hilton December 11, 2013
Barry Hilton - During the late 90s and early 00s I painted many units for Julian Blakeney Edwards, co owner of Victrix. Julian chose to use Old Glory Miniatures mostly and I think that started because he had originally purchased six painted battalions from me which we had used in a game recreating the Battle of Almanza in 1707.

LoA took the Almanza game around the show circuit and I recall it winning best of show at St James's Park, Newcastle and I think at Claymore(Best Demo game) the same year.  We also played the battle in an extended version with friends from the Dumfries Wargames Club.
Having done the Almanza Thing, I had no immediate use for the Spaniards and so decided to move them on. The whole project continued for perhaps two or maybe three years. I continued to paint units which Julian played with very seldom if at all. 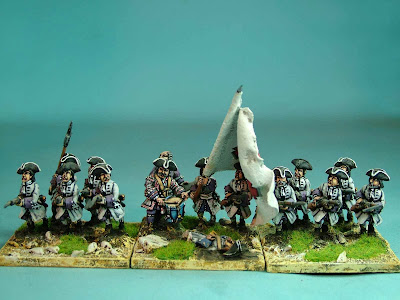 Again no recollection of the name of this unit. Nice facings though!
﻿
I know he has long since sold the collection on and where it resides now I know not. I do know however that during that period I painted a helluva lot of Old Glory castings and if I never paint another it will not bother me at all! 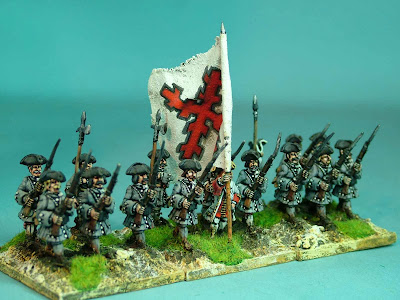 Alas yet another anonymous unit.
Julian collected troops for both Bourbon and Alliance armies with a liberal sprinkling of nationalities.
I thought it would be nice to share some pictures taken by Julian himself. It was nice to see this work again as I did not photograph it at the time. I was at that point not 'with camera' and would not have done them justice I suspect. 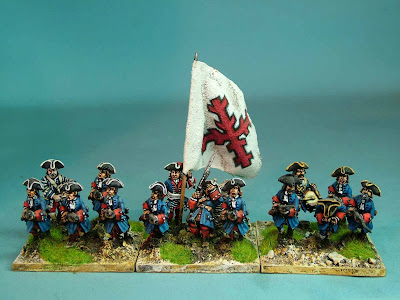 I do remember David Imrie painted these and I based and flagged them.﻿
I'll start with a selection of shots of the original Spaniards and then see how it goes from there. 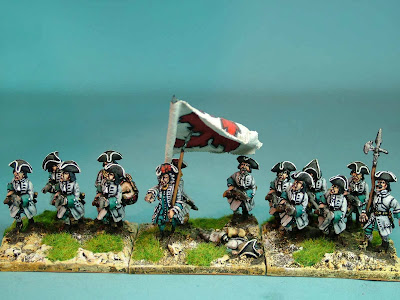 The last anonymous battalion of the Spanish contingent.﻿
Looking back on these units which spawned a shed load more I think they look quite nice but I was not too fond of the castings which were weak at the ankles and although easy to paint, suffered from some unusual anatomy. More to come including infantry, Horse, guns and personalities.
Share Share on Facebook Tweet Tweet on Twitter Pin it Pin on Pinterest
Back to The League of Augsburg