Weather beaten? Part 1 intro : Tangier... but not as we know it Jim!

by augsburgeroberst October 14, 2019
The English colony in Tangier has always fascinated me. I have gamed it on land and am currently in the process of assembling forces for it again in 28mm.

I have gazumped that project with an extension of my Dutch Wars naval adventure. As I always do, I try and stretch any project...
Posted in Ottomans, Restoration and Dutch Wars, Scenarios, Tangiers, Terrain, The High Seas, Wargaming

The Chatham Board - the tide is coming in

Things are progressing. I have concentrated on the western bank of the river and focused on flora and dwellings. 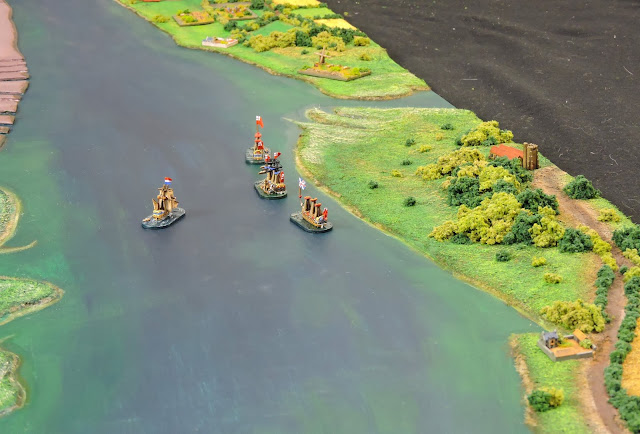 The perspective on the landscape is better with trees and buildings in place. The wooded areas and hedges are glued down with slow setting Bostik.

The village is place on...
Posted in Painting, Restoration and Dutch Wars, Terrain, The High Seas, Wargaming

by augsburgeroberst August 13, 2019
I have been researching how to bring this important campaign to the table top for a while now. That activity has paid off. I originally planned to build the entire river in 1/2400 which would have been a mammoth task however, I have now identified five important stretches: 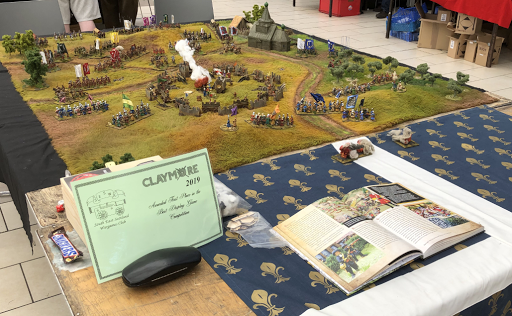 In truth, I wasn't really looking forward to Claymore this year. Not because I don't like the show, I have been a loyal participant for more than 25 years but circumstances were conspiring against me somewhat. Too much day job work, too much travel, getting the new book out, other projects - a 0600 start, knowing I was again flying solo at the show... bed was the most attractive prospect on...
Posted in Beneath the Lily Banners, Terrain, The Great Northern War, Warfare Miniatures, Wargaming

I finally got a chance to build Sheerness today. It's not often you get to type that! Took about 90 minutes to finish the first major piece of terrain for the 1/2400 part of the Tocht naar Chatham (Medway Raid 1667) project.


I used some of the simpler country style buildings from Brigade Models lovely range to to this. These...
Posted in History, Modeling, Restoration & Dutch Wars, Terrain, The High Seas

My ideas for the Medway Campaign 1667 involve it being conducted by map, in 1/2400 scale and finally, in 28mm for small land and naval actions.I thought I would begin building the small scale terrain with the first significant defensive work encountered by the Dutch.

On the north western tip of the Isle...
Posted in Modeling, Restoration & Dutch Wars, Siege, Terrain, The High Seas, Wargaming

One to One wargaming - table top reality

Figure gaming usually falls into some broad categories in terms of scale. Firstly there is the model scale and secondly, the model to man ratio.

Typically 40mm, 28/25mm, 20mm, 15mm, 10mm, 6mm are the most common categories for the former. Of course there are several intermediate scales and some...
Posted in Basing, Beneath the Lily Banners, History, Ireland, Modeling, Terrain, The Glorious Revolution, The War of Three Kings, Warfare Miniatures, Wargaming

Story of a show game 4 - Forces : The Imperialists

I very much enjoyed the German Grand National 1693 game which we ran at Tactica and elsewhere in the first half of 2018. The competition between four German ally states against a common enemy was colourful and fun and even spawned an X rated version which I think was called the W hores?...
Posted in Donnybrook, News, Ottomans, Painting, Scenarios, Terrain, Uniforms, Warfare Miniatures, Wargaming

Story of a show game 2 - The scenario

The scenario for CRISIS 2018 is called Brahms & Liszt. It is set in 1713 on the south-eastern frontier or, north-western if you are Turkish! This is twenty years after our previous show effort of 2018 at TACTICA which also involved Imperial forces racing to over run the French in the German Grand National 1693.

On the mat - some shots of the toys 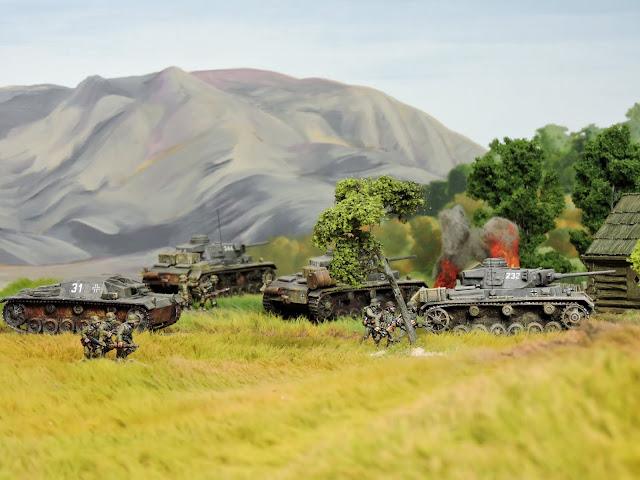 I quickly threw together some old bits and pieces from the various collections to test out the mat. I am very pleased with the way it has come out. I think it is fine here in our little Lace Wars corner to have a little heavy metal on show (I do still have a fair bit of it!).

Lazing on a Monday afternoon!


Having slept on my idea (well not literally but I am sure the mat would have been soft and sort of comforting), Bank holiday Monday dawned with me getting my 'road building' materials together, to wit; a coarse hair brush, PVA glue, some fine sand and water.