It took a little longer than I thought it would but, the first 4Play Napoleonic pack is available. It is 34 pages long and contains three scenarios laid out for both Republicto Empire AND March of Eagles. Orbats are written separately for each rule system. As I have added a lot of gaming detail into this pack the 4Play game reports are not a feature.

If these are missed I will re introduce them in...
Posted in History, March of Eagles, Republic to Empire, Scenarios, Wargaming, Waterloo 200th Anniversary 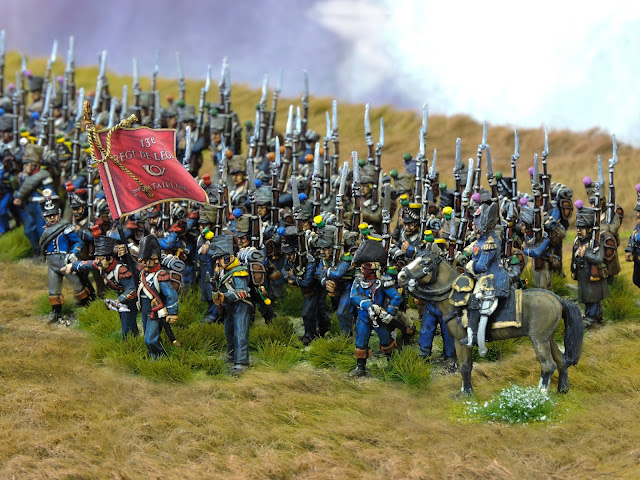 Adrian made the terrain, Toggy, Gerry, Peter, Barry and several other chaps provided the 8,000 or so figures. The event was a decisive result and the game...
Posted in Guest Post, Republic to Empire, Terrain, Wargaming, Waterloo 200th Anniversary

Republic to Empire at 10 GBP! 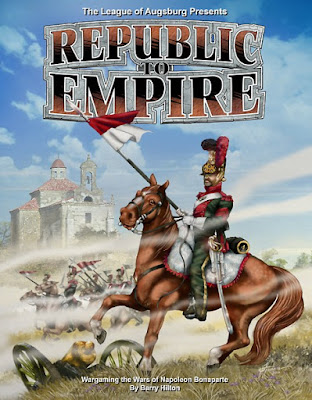 As I am just about to take delivery of a large quantity of The War of Three Kings I need to make some space in the store. I currently have quite a lot of Republic to Empire after commissioning a hugely optimistic print run a few years back. Although the book sells well, I will be using the remaining copies to build a small housing estate if I don't do something with them now.

This was months in the planning and involved Adrian building from scratch 72 tiles to an exact ground scale plan. Bob and Gerry spent copious amounts of both time and money swelling the ranks of their collections so that in the end, together with my own collection and contributions from Alan Cuggy, Bill Paterson, Colin Napier, Ross McNeil and Peter McCarroll we were...
Posted in Republic to Empire, Waterloo 200th Anniversary

210615 1015 - Zaventem Airport - the final dispatch from your front line correspondent at Waterloo 200. Last night's re enactment was quite different than the first.
The Allies were all deployed already, no marching on. Napoleon did a circuit of the field to equal cheers and boos. The Allied guns (7 possibly 8 batteries) pumped out shots like they were using free money.

Report from the Front 5.. more action from Day 1

by Barry Hilton June 20, 2015
Setting a precedent for the blog today by posting twice in the same 24 hour period. The occasion I believe, merits a different approach at least for this week anyway.....

Having had a sleep I can write a little more about yesterday's action. The re enactment took place on the ground between the sunken road and the initial jump off...
Posted in News, Republic to Empire, Waterloo 200th Anniversary

News from the front 4 - Waterloo re enactment day 1

by Barry Hilton June 19, 2015
I feel words are somewhat superfluous after this evening. I have just arrived back at the hotel and it is probably time to hang up my dice because no experience will top what I saw tonight. I took over 400 shots in less than 2 hours. This is raw stuff with no work so straight from the field.

I think I'll reflect a little with my head on the pillow and...
Posted in News, Republic to Empire, Waterloo 200th Anniversary

News from the Front Part 3 - Hougoumont and the bivouacs

by Barry Hilton June 18, 2015
Continuing my front line report from Waterloo on the very day 200+ ....
We started off this morning in drizzling rain walking from La Belle Alliance along the route of attack by the Imperial Guard. The feeling in the group was very excited and full of anticipation. We had a rendezvous at Hougoumont for a showing round the...
Posted in News, Republic to Empire, Waterloo 200th Anniversary